Gillian Wearing complicates the genre of portraiture by staging affecting photographs and sculptural scenarios that pay scrupulous attention to different kinds of masks—from make up to prosthetic devices—in order to uncover new forms of subjectivities. Hiding, revealing, masking, and doubling are all active ways of performing the doppelgänger. Wearing cites the influence of Diane Arbus’s photographs of people in disguise and English fly-on-the-wall documentaries, such as Michael Apted’s “Up” series (1964-2012), in which he interviewed the same group of subjects at seven-year intervals to explore the foundations of the British class system. Yet the most direct link is to Claude Cahun (Lucy Schwob). A writer, an actress in small vanguard theater productions, and an outspoken member of the lesbian community of Paris between the two world wars, she and her stepsister, Suzanne Malherbe, became partners in life and art, and took the ambiguously gendered pseudonyms of Claude Cahun and Marcel Moore for their collaborative theatrical and photographic works. Rebelliously identifying herself as “neuter,” Cahun revealed the importance of cross-dressing and masks in constructing identity. “Under this mask, another mask,” she wrote. “I will never finish removing all these faces.” She jotted these words on one of the photomontages in her 1930 book “Aveux non avenus” (“Disavowals”), which outlines her interest—an interest that Wearing certainly shares—in role playing, masking, and doubling.

Wearing has posed in the past as several members of her family as well as various notable photographers, and in this new series for Document she consistently focuses on the act of doubling (whether on herself with her older self, or on herself with herself dressed as Cahun)—an act through which she goes beyond the limiting specifics of individual appearance, reinventing identity as positional rather than fixed. The rupture that she creates with the illusion of a “real” self is manifest in her use of mirroring images, such as in the picture “Me and Claude in Mirror” and the sculpture “The Kiss of Life.” In Wearing’s portraiture the issue of denaturalization is doubly critical. At once it puts into question the binding status of representation and the notion of “self” historically upheld by the genre of the portrait.

The story was published in Document No. 11 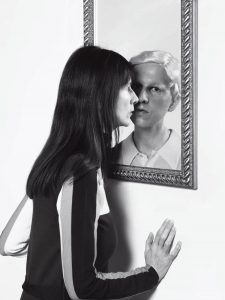 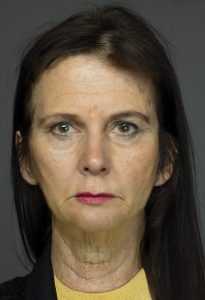 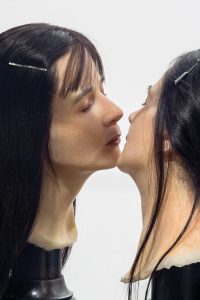 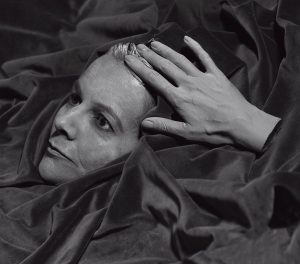 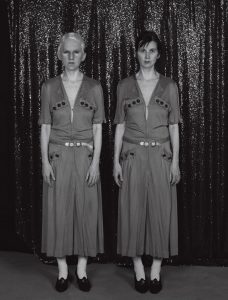 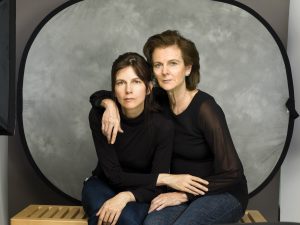