Dubai is resurrecting it’s most wasteful urban planning project ever.

At the height of the property bubble in Dubai, an artificial archipelago of 300 islands two miles off the coast of Dubai was set to become the world’s most bizarre and lavish adventure playground. Each of the islands was dedicated to a theme or country: Ireland was going to have its own to-scale replica of the Giant’s Causeway, and Karl Lagerfeld was in the process of launching plans for a fashion-themed one. Now, ten years on, The Guardian’s architecture writer, Oli Wainright’s has gone back to the visit the island collective known as The World, to see where it went wrong and why it’s planning on a comeback.

“Lebanon was the only island that opened to the public, and it still struggles on today. For 200 dirham (£40), you can spend the day at its world-weary beach club, paddling in the pool and eating wagyu beef sliders on a faded fiberglass sun lounger. The island plays host to champagne-fuelled jamborees by night, as a venue for fashion shows, DJ parties, and debauched corporate events. It seems like an appropriate place for a bit of end-of-the-world hedonism, surrounded by a scene of post-apocalyptic desolation.”

Scientists one step closer to discovering the purpose of sleep.

Despite spending over a third of our lives counting sheep, scientists are still in the dark as to why we need so much shut-eye. But in 2003, psychiatrists began to have a hunch as to why it’s so important. Their theory was that our brains need sleep in order for us to be able to learn new things the next day. Now, after four years of research, Chiara Cirelli and Giulio Tononi University of Wisconsin’s School of Medicine and Public Health have the first piece of evidence to back up their theory.

“Striking electron-microscope pictures from inside the brains of mice suggest what happens in our own brain every day: Our synapses—the junctions between nerve cells—grow strong and large during the stimulation of daytime, then shrink by nearly 20 percent while we sleep, creating room for more growth and learning the next day.

A large team of researchers sectioned the brains of mice and then used a scanning electron microscope to photograph, reconstruct, and analyze two areas of cerebral cortex. They were able to reconstruct 6,920 synapses and measure their size”

A new form of light is synthesized.

Scientists at MIT and Havard have created a new way to make the photons in light interact with one another, creating a superbeam of light and opening up new possibilities to channel lots of information simultaneously. “It’s been a dream for many years,” said Vladan Vuletic, the Lester Wolfe Professor of Physics at MIT. The breakthrough paves the way for new forms of quantum computing and the possibility of making a real-life lightsaber.

“Photons can travel very fast over long distances, and people have been using light to transmit information, such as in optical fibers,” Vuletic says. “If photons can influence one another, then if you can entangle these photons, and we’ve done that, you can use them to distribute quantum information in an interesting and useful way. It’s completely novel in the sense that we don’t even know sometimes qualitatively what to expect. With repulsion of photons, can they be such that they form a regular pattern, like a crystal of light? Or will something else happen? It’s very uncharted territory.” 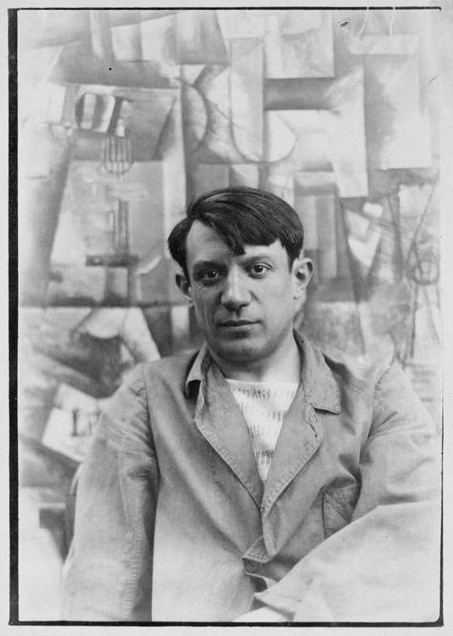 Piecing together the lives of great artists is near impossible feat with so much anecdotal hearsay informing their biographies.  A team of scientists at Northwestern University and the Art Institute of Chicago Center for Scientific Studies in the Arts recently collaborated with the Picasso Museum in France to get an idea of Pablo Picasso’s artistic process, using the experiemnt test-run cutting-edge technology and the results are quite telling.

“The researchers were able to trace five bronzes cast in Paris during World War II to the foundry of Emile Robecchi, a lesser-known collaborator of Picasso’s. They also discovered Robecchi’s alloy compositions varied significantly during 1941 and 1942, likely reflecting the challenging circumstances of the Nazi occupation of Paris. In their study of Picasso’s cast-iron sheet metal sculptures, the researchers are the first to report the use of silver for facial features in a work inspired by one of his wives.

“Using a scanning elemental analyzer developed by the center, the researchers uncovered buried images with connections to other works by Picasso as well as another painting—likely by another Barcelona painter—whose forms Picasso used to inform some parts of his own final composition.”

Copyright in the digital age is an incredibly complex undertaking. All it takes is a simple right click and any image, anywhere online, can be downloaded to your desktop and posted elsewhere. So how do you the big monoliths of the online world plan on combatting that? Well, one way is to stop duplicates popping up elsewhere. Design website It’s Nice That explains Google’s most recent attempt to curb copyright infringement.

“The changes come about after complaints made by Getty Images to the European Commission about Google’s anti-competitive practices. Getty Images is a photo library that sells photographs to newspapers and broadcasters. The company was angry over the ease with which users could access images without visiting the Getty Images homepage. Google’s tweaks have made the “copyright” disclaimer more prominent and have made it harder for users to find images without accessing the original websites.”

As the Norwegian author sets to publish the third segment of his autobiographical novel My Struggle, the acclaimed writer looks at the tradition of storytelling in the land of Tolstoy, Turgenev and now Putin for The New York Times, and asks what the stories are people telling themselves?

“Before the revolution, Russia was largely an agrarian society; at the turn of the 20th century, four out of five Russians were peasants. They were poor, uneducated, superstitious and illiterate. In many places, the way of life had hardly changed since the Middle Ages. Leon Trotsky begins his “History of the Russian Revolution” with the observation that “the fundamental and most stable feature of Russian history is the slow tempo of her development, with the economic backwardness, primitiveness of social forms and low level of culture resulting from it.”