Silvio Berlusconi is back on the campaign trail, and this time his poodle is joining him.

The 81-year-old Italian politician has escaped his share of political scandals seemingly unscathed.  Now, only three years after his acquittal in a child sex case, Berlusconi is returning to politics. Primed for controversy, the platform he’s currently running on will strike a nerve with the majority of Italians: animal welfare.

Even though, he can’t legally serve as president because of a 2013 tax-fraud conviction, he’s embarked on a campaign for the Forza Italia party by doing the rounds on Italian television with his fluffy white canine friend called Dudu. In this piece by Bloomberg, Gregory Viscusi spoke to political pundits to unpick why the route to power is through pets.

“Italians go to the polls March 4th to elect a new parliament with polls showing that Berlusconi’s coalition is the only one that might make out a workable majority. Since an estimated 40 percent of Italians live in a household with a pet, Berlusconi may be striking a nerve,” said one researcher.

In 600 A.D, after an edict from Pope Gregory declared that it was acceptable to eat fetal rabbits during Lent, the decry was thought to be the birth of domestication. But it turns out it isn’t true. Archaeologists Evan Irving-Pease and Greger Larson of the University of Oxford have discovered that wild rabbits don’t share an ancestry with the domesticated ones around today, which has thrown the whole notion of how animals become domesticated up into the air.

“Greger Larson, one of the researchers in the study, thinks it has to do with the way we tell stories. ‘We really have trouble appreciating slow, continuous change over long periods of time,’ Larson says, even though that’s how most change happens. ‘Our narrative structures work much better if you have a eureka moment.’ Domestication that happens at a specific moment in time, due to a concrete series of events, makes intuitive sense to us.” 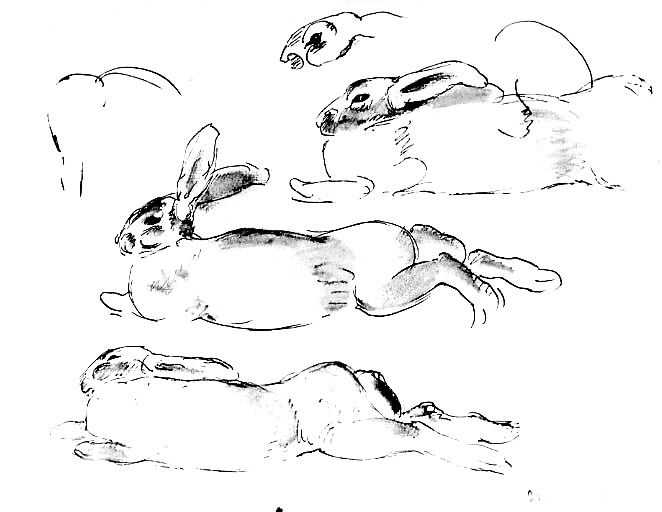 Talking to plants will be the future of hydroponic basement farms.

In 2018, the debate over voice assistants ability to seamlessly weave into our lives is far less hypothetical and more of a dawning reality. The concept is spreading to flora in form of Sprout, a new technology that controls indoors farms by voice. It could be the catalyst for a whole new way of growing produce. Using a combination of biology, sensors, and machine learning the technology the service makes it easy to grow plants without soil, helping micro farms pop up anywhere.

“A layer of natural language processing allows people to participate in the growing experience, simply by using their voice. Would-be hydroponic farmers need only to ask Sprout what their plants need in order to thrive. Having monitored parameters such as pH level, nutrient level, light, humidity, and temperature, it provides answers based on the data.”

In the relentless development of the Singapore’s space-scare landscape, archaeologist Lim Chen Sian is warning that the country runs the risk of losing its ties to the past. Colonized by the British in the 19th century as a pathway to the east, the country has hundreds of years of history hidden in its topography. In an interview with the French press agency, Agency France-Presse, Lim details how innocuous objects, like the Monopoly set and milk bottles found on a former British defensive position during World War II, can maybe help us understand the world we live in.

“They were playing Monopoly while waiting for the Japanese,’ Lim says. ‘And you would think that the British were tough men so they should be drinking beer and whiskey. No, they were drinking milk.”

A visual record of how Native American’s were forced to assimilate.

At the end of the American civil war, the so-called “Friends of the Indian” movement decided that the way to create a more harmonized society was through enforcing culture. In a Medium post, writer Rian Dundon surveys a series of images that capture the groups rallying cry of “kill the Indian in him, and save the man” by enforcing colonial garments and cataloging them with stoic posses.

“These portraits, made by Smithsonian staff photographers in the early 20th century, are an eye-level view of the assimilation process in action. Some of the sitters are delegates visiting Washington on behalf of their respective tribes, sent to testify before the Senate Committee on Indian Affairs. Straight-on, centered, eyes fixed on the lens — as portraits they recall ID photos more than anything else. Yet from this visual reckoning with loss emerges a sense of the subjects’ self-assurance. A catalog of survivors still carrying the flame of a fading civilization.”

Lasers beamed into our eyes could be the new way we engage with music.

The music industry has changed exponentially over the past decade, but as the pace of technology increases, we’re set to see it transform all over again. The hype around Silicon Valley start-up Magic Leap has dominated the conversation in augmented reality circles for the past several years for their glasses that beam light directly in the user’s eyes to create a hyperreal experience. But now the hype looks like it’s finally coming to fruition. Pitchfork have profiled the tech company’s collaboration with Sigur Rós, to see if it’s the future of music.

“For a little more than four years, the unearthly Iceland art-rock band Sigur Rós have been working with Magic Leap on a new audiovisual project that tests the limits of mixed reality—and offers a tantalizing glimpse of how we may soon interact with music as a medium. The result is Tónandi, an app that someday may be available for download on Magic Leap’s mysterious device, which still has no official release date. The app aims to complement the band’s dreamy aesthetic: Its name is a made-up Icelandic portmanteau that literally means “sound spirit,” which is represented in the VR environment as a multitude of lifelike organisms. “