A Cautionary Tale by Bradley Kronz and Jessi Reaves

The artists entertain the interwoven pasts and futures of their sculptures in this dreamy series of photographs.

Like glamorous partygoers hungover the morning after, Bradley Kronz and Jessi Reaves’s sculptures are languid in this rare series of Polaroid photographs taken by the artists of each other’s works. A two-person show at A Palazzo Gallery in Brescia, Italy, appropriately titled “A Cautionary Tale,” was finished off last fall by this series of documentary snapshots that seem lost and blown out, capturing a blend of art, architecture, furniture, and fashion engaged by their works in surprisingly intimate views. The photographs, taken on-site, turn the sculptures into characters and the space into a set for a play verging on excess.

Reaves modifies and makes functional sculptures that can be used as furniture—turning materials inside out and elegantly utilizing them for unintended purposes; Kronz creates objects and tableaux that evoke memory and loss, often incorporating found personal remnants of unknown origin in his works. Through the pictures, skewed angles and bright flashes catch the objects in abstracted scenes that manage to reinforce the original intentions motivating each artist’s work. Their respective forays with old materials—things that have already had a life hinted through wear and tear—result in new narratives that retain the evidence of complicated pasts. The resulting objects are like aging stars, reinventing and embracing their new status as legends. Rich textures, colors, and, in this instance, the ornate palazzo setting, encourage this perspective.

The residue of decadence is smeared across the photos, gluing the objects to the space in a manner that traditional installation photography works hard to undo. The autonomy of the objects is less defined. This series of images that Kronz and Reaves have created establish their works as native to the space. The new narratives formed address headfirst the camp and humor that is usually more indirectly suggested in their artworks. The freedom of the format allows for another layer of time to become imprinted on their sculptures, which intersect different eras, to bring them into a considered present. Their works are not quite nostalgic, but aware. Nothing is lost, but re-created. It is this potentiality of continual self-reinvention that connects both of their bodies of work.

Bradley Kronz and Jessi Reaves brought their sculptures to life in this portfolio for Document’s Spring/Summer 2017 issue. 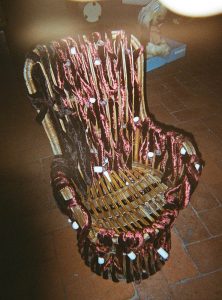 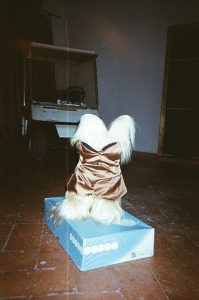 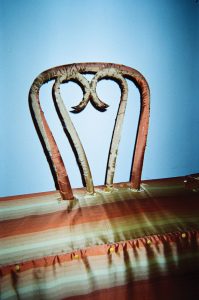 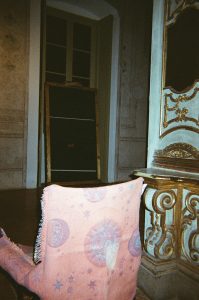 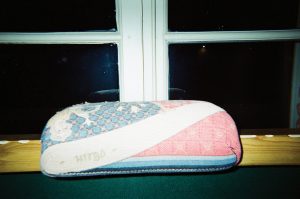 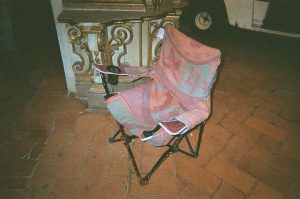 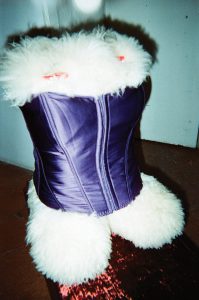 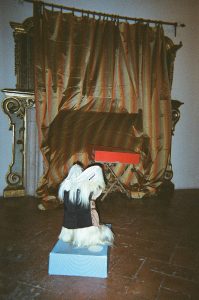