In a collaboration with Studio Manuel Raeder and BLESS, the legendary artist and curator situates her favorite subjects in fantastical, evocative scenes of transformation.

To know Dominique Gonzalez-Foerster’s work is to be seduced by it, and her elegant environments and meditative films have long transfixed me with their intelligence and beauty.

It was not until 2014, however, when I walked into 303 Gallery in New York to see her “euqinimod & costumes” exhibition, however, that a new facet of Dominique’s multidisciplinary oeuvre revealed itself to me. Her meticulously curated collection of clothing and textiles, or—to use a term coined by Roland Barthes—“vestemes,” blew me away. I was immediately struck by the same impression the French fashion designer Nicolas Ghesquière had when he discovered the work. He said then that it felt “very close to [his] own imagination.”

That exhibition spoke to the energy, ideals, and desires of youth, as well as the intimate relationship that clothing has to the body it touches and the development of our sense of identity, in a highly personal yet completely communal way. As with all of Dominique’s work, it invited reflection of the nature of being, the evolution of individuality, and the continual reinvention of the characters we choose to play in different periods of our lives. The delicate construction of the show, which featured suspended strings crisscrossing the gallery ceiling, echoed, for me, one of the most poetic qualities of Dominique’s practice: the sense of time travel that one feels so profoundly when entering her environments. The physical and psychological sensation is akin to having crossed the threshold into an alternate reality that has crystallized just long enough to traverse it.

The portfolio on the following pages is comprised of alternate sides of the artist’s familiar cast of characters: Edgar Allan Poe, Lola Montez, Fitzcarraldo, Luisa Casati, and Aschenbach—apparitions who reside at the fringes of our consciousness. These images are featured alongside installation views from a recent collaboration at the Schinkel Pavillon in Berlin with German artist collective BLESS and Studio Manuel Raeder. The hyper-saturated environments create a surreal set for Dominique’s costumes to mingle with BLESS’s readymade pieces, engaging a delirious take on cosplay. The experiment in perception marries perfectly with the artist’s own words: “The sensation of art is linked to perception, and the placement of these images—among other forms of perception and emotion—create dreams, memories, light, sound, temperature, and moods constructed first and identified later through different situations and moments, and then transformed.”

This luminous series of images debuted in Document’s Spring/Summer 17 issue. 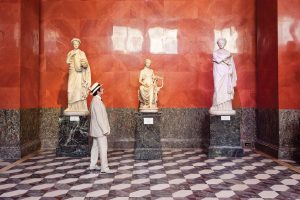 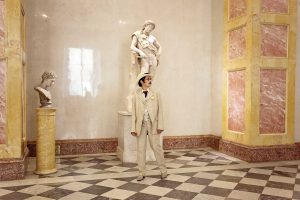 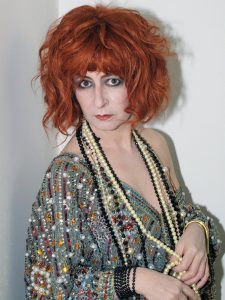 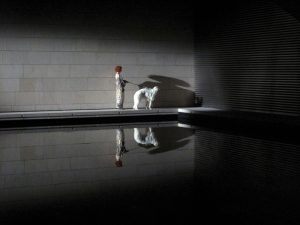 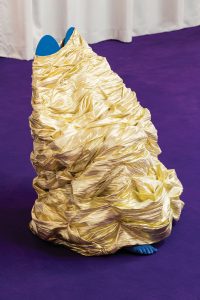 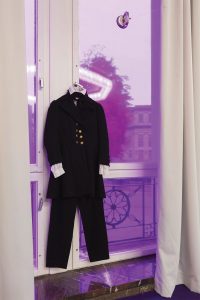 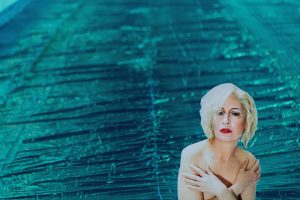 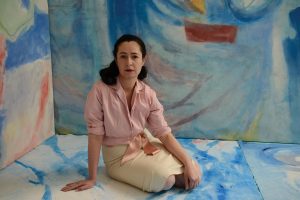 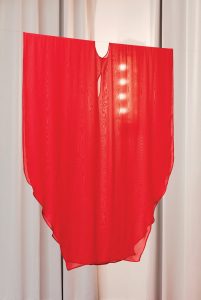 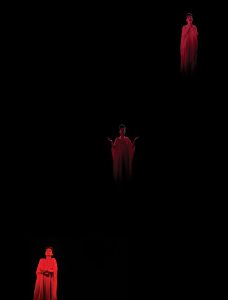 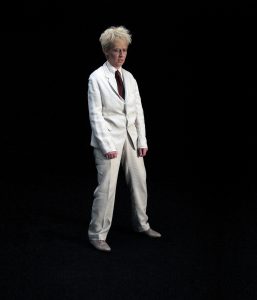 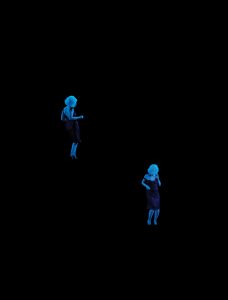