Nikolai and Simon Haas grew up amid the culturally diverse haven of Austin, Texas. With an opera singer mother, a sculptor father, and an actor brother, the duo were primed to become artists from an early age, and after several years of pursuing separate academic and creative trajectories, in 2010, the pair reunited in Los Angeles to found their creative studio. Officially known as the Haas Brothers, the duo craft visually arresting sculptures, art objects, and home furnishings with a decidedly—an admirably—childlike wit. Both fantastic and utterly bizarre, otherworldly and totally crude, their designs challenge viewers, users, and inhabitants to question the sexuality of aesthetics, the function of sacred spaces, and the importance of fantasy in constructing everyday reality.

For their latest exhibition at R & Company, the designers have fashioned a wholly immersive environment inside the gallery’s upper level. Inspired by recent travels to South Africa, the brothers intend for the exhibition to function as a sort of pilgrimage—a pathway toward spiritual awareness and expanded consciousness. Viewers will step into a world known as the “magical forest,” replete with enchanting animal statues, dreamlike foliage, and alien-like forms; separating the forest from the rest of the gallery is a magnificent walnut door, behind which lies the sanctuary of King Dong, a Godlike creature standing at nine feet tall. The culminating shrine of the exhibit, King Dong urges the public  to discover  the inner depths of their psyche and experience the colorful, liminal world of the imaginary. 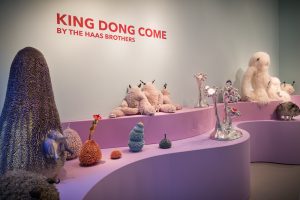 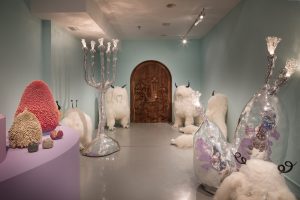 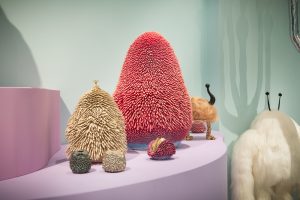 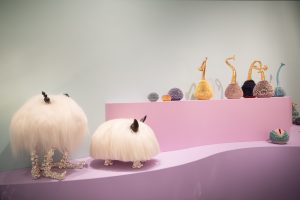 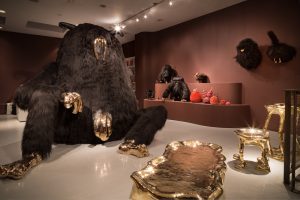