“Everyone wants to get the fuck out of New York, so we brought them to a super hot space where they would feel like it was the tropics,” says Baja East co-founder Scott Studenberg on a suspended loft—an industrialized backstage, if you will—dabbing sweat from his forehead. We’re overlooking an emptied-out parking garage, and it’s that sweltering level of humidity in which paper seems incapable of lying flat. A transformative backdrop no doubt, the back of this balmy, lower Manhattan lot cut the air for the brand’s steamy Spring/Summer 2017 collection.

“We felt super, super tropical this season,” smiles John Targon, the indie label’s other half. “It’s the whole idea of taking a vacation almost; to twist the paradise within this jungle of a city that we live in and love.” To that end, models slouched down the reclaimed catwalk in series of very Baja looks—an attitude that mixes easy-breezy looseness and expensive humor—with perspiration-inspired hair and make up by Guido Palau and Diane Kendal. Fringe dotted fresh, neutral colored parkas and floor-hanging harlow pants, while animal prints flexed from electronic neons to rich snakeskins. In fact, the brand’s use of fabrics as a whole heightened this season through a continued collaboration with Italian mill Reda (“It’s a new concept of tailoring,” explains Targon). Joining an unexpected mini capsule with the Minions, the designers too made a cameo on graphic tanks that featured a portrait by Alexander Saladrigas.

“There are a lot of prints,” admits Studenberg. “There are bananas. Exploding graffiti. A whole play on the masculine vibe. We’re trying to have as much as we can.” 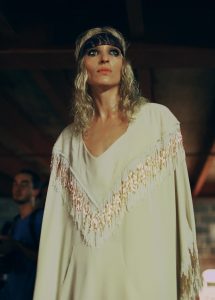 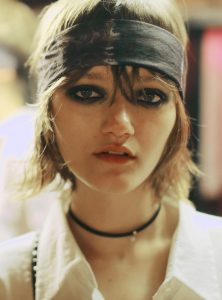 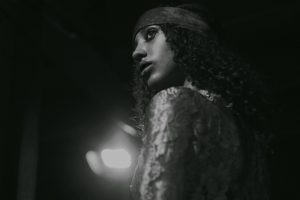 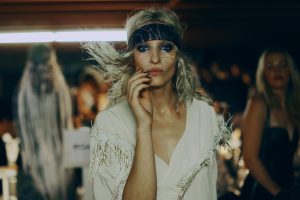 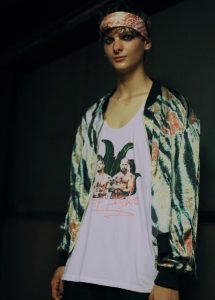 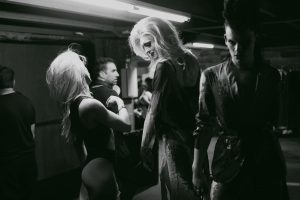