Celebrating its 20th anniversary this year, LISTE used to be called the “The Young Art Fair in Basel,” but it has since grown up and changed its name—and so has the art on view. LISTE 2015 represents the grand finale of the gallery season before summer closure. But unlike at Art Basel where art is sold in the millions, LISTE presents both reasonably priced and conceptually rigorous art.

Located in the historic Warteck building a former Swiss brewery, LISTE is practically a labyrinth requiring time to navigate. Inevitably during Basel someone will mention a LISTE gallery that you missed. The fairgoers move between stalwart supporters and newcomers. There were 13 new entries presenting this year including CLEARING with a stunning solo booth of Calvin Marcus. This site-specific installation inside a blacken gallery is named after the coordinates for the fair; but represent surrogate self-portraits of the artist as a young building. Glowing in neon purples and greens (his signature color) the installation is haunting and nuanced.

Some names at LISTE this year have already made waves at many of the international fairs over the last 8 months: at the front entrance on the ground floor the New York gallery Essex Street was showing Chadwick Rantanen. While the venerable Lower East Side gallery Simone Subal presented an installation collaboration between artists Anna K.E. and Florian Meisenberg. Carlos Motta, the Columbian artist who shared the Future Generation Art Prize this year was on show at Mor Charpentier. In basement there were many surprises including the stunning booth of Project Native Informant, showing DIS, GCC, Shanzhai Biennial. The later two had PS1 MoMA shows while DIS will curate the Berlin Biennale next year. Document contributor Stewart Uoo also showed along with Anicka Yi at 47 Canal. Marget Lee—one of the founders of 47 Canal and an artist herself—said “We make up the Korean trifecta” referring to herself, Uoo and Yi.

LISTE is a venue for artists who work outside of the main art centers to show: The young Thai artist Korakrit Arunanondchai showed at Carlos/Ishikawa ahead of his exhibition at the Palais de Tokyo in Paris this summer. One of the only African galleries on show, Blank Gallery from South Africa showed five new tapestries by Igshaan Adams which references Kufic square calligraphy. Tucked in a darkened room on the first floor was Antenna Space showing video and sculpture by Beijing-based Honglei Yu that was full of “post-internet je ne sais quoi.”

And how best to finish off the day after perusing through the gallery booths? Take the advice from Takashi Murakami: get a cold beer, a bratwürst, and raise a toast to this new generation of artists.

View Slideshow
Tags
Above the FoldArtArt FairBaselLISTEPhotographySwitzerland
Tweet this quote 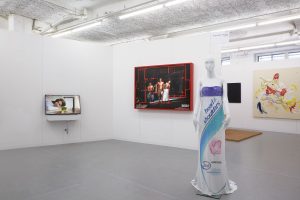 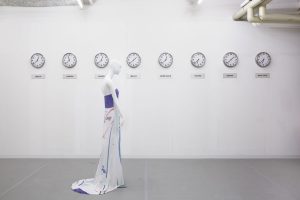 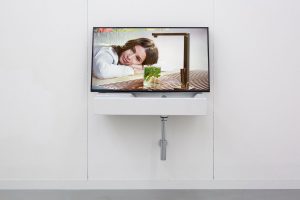 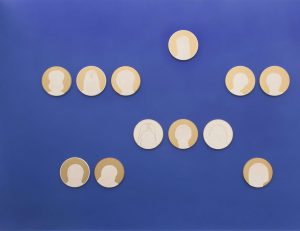 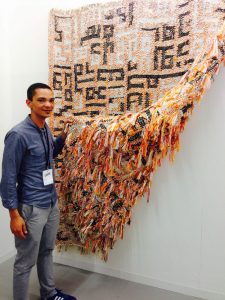 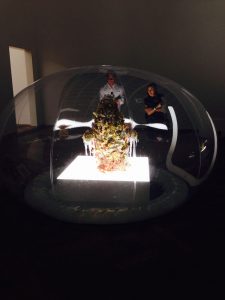