The biannual artfair with iteratations in London and New York. Being isolated on Randall Island is one of the strengths of Frieze. And if no fair is an island entire of itself, then Frieze is a whole continent. It is well worth the long wait in line. Click through for all images.

Artwork made in relationship to the human body—and in particular embodiment in the digital and hybrid world—is a core motif of many artists working today, but none as adeptly, convincingly, and hauntingly as Olga Balema show by Croy Nielsen. Her sculptures reference industrial objects: not in a minimalist way but instead nature still manifests itself to include the grotesque, the rusting, or decaying moments. Here a green glove of painted fabric, plaster, and latex is stretched into a 163 inch-long tubing that has a biomorphic form lying twisted on the floor.

Standard (Oslo) presents an extraordinary work, Metis Sun by Ian Cheng. Live simulation with sound, 60″ flatscreen/ Infinite duration, it is video that’s digital program always it always to change and must be experienced first hand. It’s no wonder why Standard (Oslo) is one of the most talked about galleries in the world.

A strong booth at Esther Schipper Gallery, showing Phillippe Parreno, Ann Veronica Janssens, Matti Braun, and AA Bronson, with a special focus on Daniel Steegman seamlessly crosses all boundaries of medium counting the world in all its pieces. Steegman’s work is a response to the failed projects of The Enlightenment, a nod to cabinets of wonder, and informed by modernist thinking especially around the grid and rule-based art—his work is lyrical and poetic. As sculpture it is simply beautiful, where as his videos and installation are often awe inspiring.

The current controversy over the dealer Robert Blumenthal countersuing the artist and current dealer Marianne Boesky—only leave both Boesky and Levin looking unscathed. His work sings and with any luck the storm will blow over and we can concentrate on light shining on his much deserved work.

Francois Ghebaly has been representing Beloufa since his graduate school days. Mostly know for video work that is imbedded into material intensive installations, Belouda is rising star who has skyrocketed to highest stratosphere all before 30. If you haven’t seen the work yet, you will. Dig your teeth in deep because the rigorous conceptual work deserves your sustain attention.

Sara Cwynaer is another artist who mines old advertising culture as source material, involved also in hybridity, found photographs merge with re-photographing and collage. This is a booth by Foxy Production, almost entirely given over to an installation by this young polymath. If you take a second trip to Frieze to try to see it all again, go early and often.

Harold Street shows the work of Nicole Wermers: enigmatically draped fur coats over mid-century modern chairs with all the flair they deserve. Embracing the fine line between art and life, they encompass urban objects, handrails, alarm gates, ashtrays, and of course chairs. In the end they are simply seductive.

In Barbara Seiler Galerie, Cécile B. Evans pays homage to the deceased Phillip Seymor Hoffman—although the artist and gallery are not allowed to say it. It is a journey into the world of digitized embodiment and how the internet has changed our being. You can also pick up the perfume made by the avatar hologram pop-star.

At Kraupa-Tuskany Zeidler you’ll find another strong booth of emerging artists including Novitskova, showing a piece titled Mars Potential (marabou)—it certainly looks other worldly. She is recent recipient of the award at Art Cologne this year and is a core group of the most important contemporary art movement, the so-called post-internet generation. She is high on everyone’s list and this one included.

Luckily this last entry, Marian Goodman Gallery could easily be number one on any list. Penone needs no introduction and anything I could write would fall short of the great master. All I have to say is he is the single most important artist to my entire art history education and he has remained key in years after school. 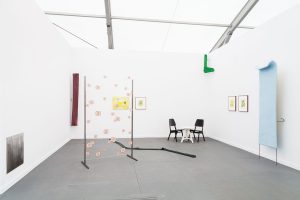 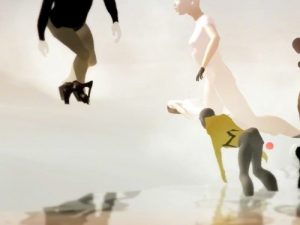 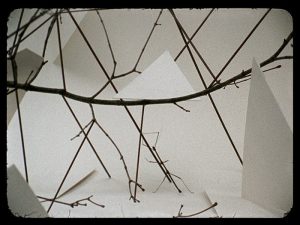 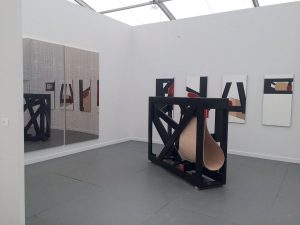 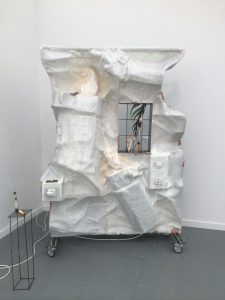 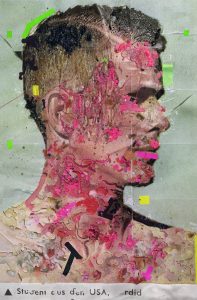 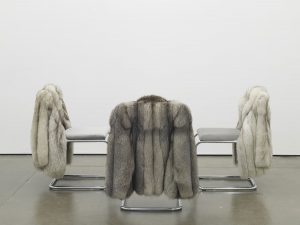 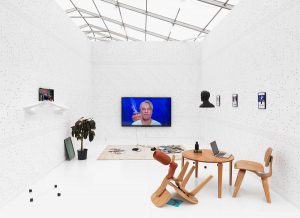 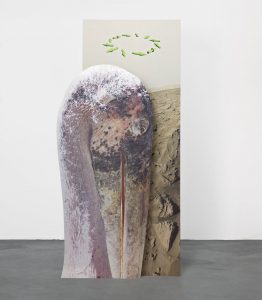 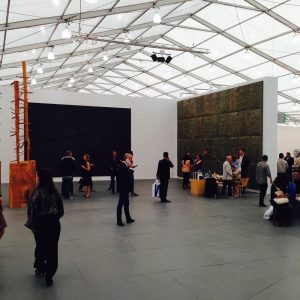