Inspired by the connectivity provided by open-source technologies, as well as the comfort offered by the constant presence of the stars, Slow Factory strives to forge and strengthen connections between people across the world, be it the maker of a scarf and its wearer, or two strangers who own the same piece.

Céline gave us her musings on openness and connectedness in fashion and design, and explored how those ideas serve as the foundation for Slow Factory. Above, find a slideshow of images from Slow Factory’s most recent collection.

When I was a kid growing up in the eighties, I had no idea that my fluorescent sneakers were made by actual people. It seems obvious now: that hundreds, if not thousands, of people were involved in the research, design, development, sourcing, manufacturing, shipping, marketing, and sales of every piece of corporate consumer goods. But to me they were just a symbol of my inability to blend in to the post-industrial culture of my refugee home in Canada. They were part of the mass-produced cultural alienation of urban North America, and yet I still couldn’t comprehend how or why, no matter how identical my sneakers were to those of the white kids without “funny accents”, I still stood out.

As I moved around the world growing up — first back to Lebanon at 13, then to Paris at 18, then to Montreal again in my twenties, and finally New York in my late twenties — I recognized two major themes in the ways that information technology has changed the way the world operates:

“Open” is a big word with a lot of implications, but I think it’s really important. The shifts that a drive for Openness brings are incredible. Access to information is Open. Communication around the globe is Open. Knowledge is Open like it has never been before. The “sharing economy” does actually exist. Governments and institutions are specifying open licenses to data and knowledge.

2. Everything is a Remix

There is no copyright in fashion. You can trademark a logo (and people do!), but the garment industry is the only major industry where intellectual property is not a driving force or central concern. More than ever before, there is a strong recognition that “new” ideas are always built on previous ones. Designers and companies must stay ahead by innovating.

How is technology changing fashion?

There has been another major technological revolution that, when paired with these two ideas, has the potential to create a real cultural shift. It’s about moving manufacturing away from mass-production. We see it across all industries: music, film, electronics, manufacturing. As new technologies becomes cheaper and more accessible, the act of making becomes more open and democratic — we are seeing individual craft weave its way back into the fabric of everyday life.

Now, I wasn’t able to put all of this into words as I was growing up and watching these changes occur, but I did grow up with ideas of openness, possibility, and playfulness, which I see as the positive side of what technology can bring to fashion. We can have an idea and combine it with access to knowledge of how to make the idea a reality, access to methods of producing high-quality goods, access to ways of communicating that idea across oceans.

This is exactly how Slow Factory started. Shortly after NASA had joined Creative Commons, an organization I was very active in, I tweeted something like “Wouldn’t it be cool to print this [Hubble] image on silk?” I got such an encouraging response, that I decided to find a way to do it. There were two very clear, very different roads ahead. Make the scarves and mass-produce as cheaply as possible, and close my eyes to the human and environmental cost; or make something meaningful and use technology to play with the boundaries of commerce and individual craft.

As Slow Factory, a sort of culmination and synthesization of my observations and experience, has taught me, the biggest cultural and technological changes of this so-called Information Age have been around the value of knowledge, and the value of goods.

Slow Factory’s scarves are available for purchase at SlowFactory.com 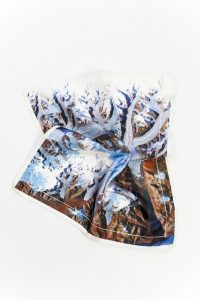 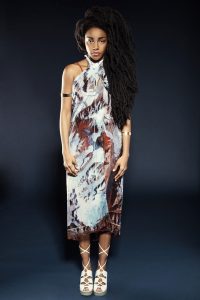 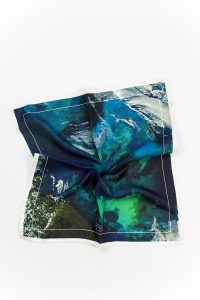 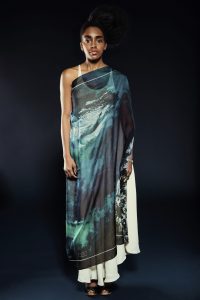 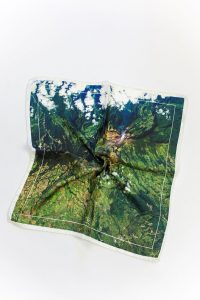 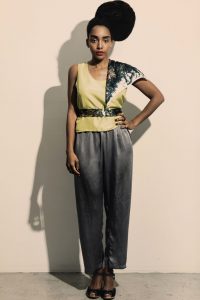 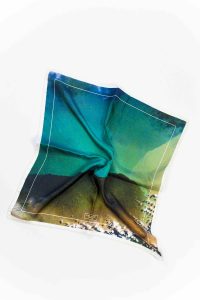 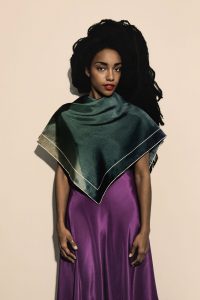