Debbie Harry remembers the designer and her close friend as a new collection of his sketches emerges to inspire the next generation.

I’m glad Stephen Sprouse’s drawings and ideas were found and now are being presented in a book. Some of my best times were spent hanging around with Stephen. We giggled and laughed a lot. One of my favorite things to do with him was just to watch him draw with his fluid hands and wrists. The fashions seemed to flow right out of the pen or marker (whatever he was using) almost like an animation. Fascinating. He was always drawing. Fortunately I have some of his work, which he gave me so many years ago.

It was through his drawings that Stephen communicated to me his ideas for combining accessories, pants, jackets, boots, dresses, jewelry and other things for my tours. He would make sketches of which things would go together but also gave me license to mix it up if I was so inspired. So I could open my suitcase and the drawings were there first thing. I think one of the first dresses Stephen gave me was sewn by Joanne, his mother and the second may have even been made in the Halston studio.

The fact that all of the material included in this book was found in a dumpster on 14th Street in New York City in front of the loft where Stephen lived does not speak well of the landlord who had him evicted from the building. It does not speak well for the way the arts are considered generally by the public or for the care New York City extends to the people who create these works. I am glad that Carol and Javier saved all this material and were in the right place at the right time. Sadly, they could only save as much as they found. This archive could have easily sailed away on a garbage barge down the mighty Hudson and from there I couldn’t say.

Stephen Sprouse: Xerox/Rock/Art was published by Damiani in 2015. 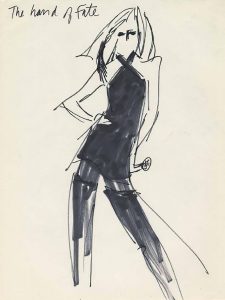 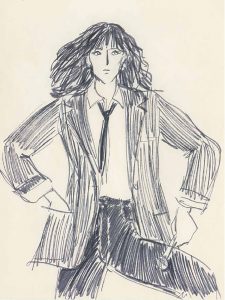 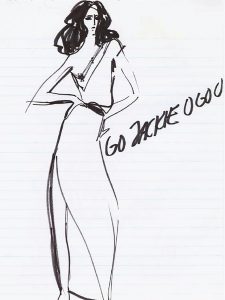 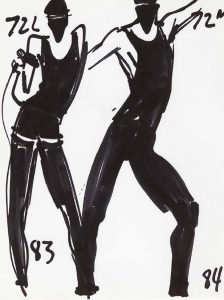 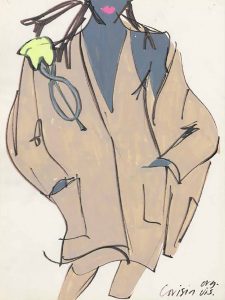 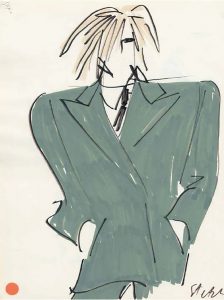