Dated between 1992 and 2010, the images capture the sets and behind-the-scenes happenings of Clark’s films, including Bully and Wassup Rockers; outtakes from a calendar shoot for streetwear brand Supreme; and a range of portraits. As at his New York show, a large wooden crate will be placed in the center of Ooga Booga’s gallery space, stacked with one-of-a-kind 4×6 and 5×7 photographs, most of which were printed at pharmacies or by one-hour developers. In Clark’s own words, the exhibit is for “all the kids that came to my shows in thousands and could never affort 10 to 15 thousand dollars for a print … this is a pay back to all the skate rats and collectors who would like a souvenir.” 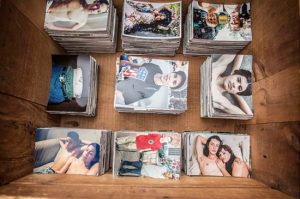