Tabboo! The muse as artist

Stephen Tashjian, aka, Tabboo!, has long been an inspiration to artists including Nan Goldin, Jack Pierson, David Armstrong, Mark Morrisroe, and Peter Hujar. Tabboo! The Art of Stephen Tashjian marks the first tome of his profilic work as artist.

The first time I laid eyes on Stephen Tashjian was about 32 years ago probably to the day. It was my first day of art school in a class called Studio for Interrelated Media, which one would loosely define as “performance.” I was awestruck, astonished and instantly smitten with his physical beauty as well as his incredibly articulated style. He wore: red wide wale corduroy pants and a sort of zoot suit cut; a rust-colored ‘50s shirt with a vertical-striped marcella front tucked in with a perfect skinny belt; and a very worn red windbreaker à la James Dean in RWAC, although I’m sure that was not a reference he was hoping to make. He is a superb colorist, and the clash of many different reds could have been horrible, but instead it was marvelous. What held it all together were his Persian features and jet-black hair in a burst of full ringlets on the top, but short on the sides, what may have been called a “poodle cut.” It sounds unfortunate now but he made it work. He also used an eyebrow pencil to further smudge his face into what looked like an Emil Nolde painting come to life. I thought he was the most incredible thing I ever saw. The shoes were black and very pointy, not exactly Beatle boots but Beatle shoes, slip-ons without a Cuban heel. He shuffled as opposed to walked, giving him a cartoonish quality, like how they walked in cartoons. To reference yet another genius akin to his own, you might also picture Charlie Chaplin. Yes, he may have artily mismatched his socks, but the combination exploded rather than irritated. He was amazing at a radical but comfortable looking presentation. I was rather less so. Fresh from the suburbs, I might have actually been wearing Britannia jeans and a white button down shirt with some kind of “masculine” jewelry and a black jacket, hoping to affect pictures I had seen of Patti Smith. Stephen was, albeit a few years ahead of me, so self assured and un-needing of outside affirmation that it made all his moves bold and fascinating. I fell under his thrall. Although, I can’t imagine I dared approach him—not that he was cool or aloof, just that I was painfully shy and sort of, as I said, enamored. But I do remember that we connected on that day and were off, as the saying goes, to the races. 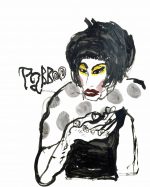 Stephen rarely gets sentimental until you actually die. I suspect, though he didn’t ever return my ardor, he was joyful to have such a receptive dauphin. Speaking of dolphins and poodles, I remember at that moment they were powerful archetypes for Stephen. The first performance I saw him do, I say, although I’m not sure, was called “Dolphins Are Homosexual.” Unless the first was actually, “Gigs Steven’s Incredibly Hot Drag Review.” Who knows?

In any case, it very likely proceeded along these lines: Stephen would struggle into a strapless, ‘50s tulle prom gown, no wig, no makeup. At that time those contrivances were anathema to him, indications of some old Combat Zone drag queen lip-synching in a bar. By eschewing those conventions, he was able to transform with a pair of pink vinyl spike heels into a ginchy New Wave visionary. The performance essentially consisted of him changing records and costumes over and over with a horrendous scrape of the needle across the record each time, at a frantic pace. Then he might twirl around and declaim, “Did you know dolphins are homosexual? It’s true!” The effect was both horrifying and enchanting. I wonder what he meant to express.

Here’s another anecdote Jimmy Paul suggested I tell, and it does speak to the interconnectedness that artists hope to achieve by being creative. Stephen had a job in the admissions office at Mass Art. Get into that sentence for a moment why don’t you? Sometime after we had become friends, he realized that he had “made a case” a year earlier for my portfolio to the admissions officer. I applied as a graphic designer, and, it being 1980, most of what I submitted was color Xerox collage with a rock-and-roll feel. One of them had a typewritten Roxy Music lyric and a homoerotic postcard. Stephen, never prone to over-zealous compliments, told me he thought: “Well, this is at least something different, might as well get him in here.” And switched mine from the “reject” to “accept” pile. In a weird way I guess, I owe him my life.

Tabboo! The Art Of Stephen Tashjian is published by Damiani. 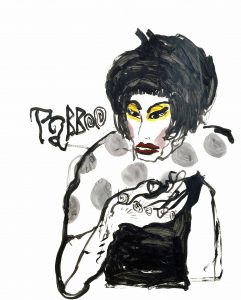 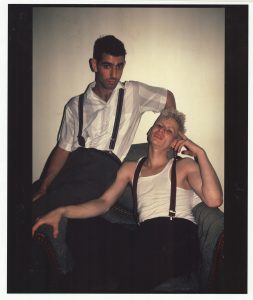 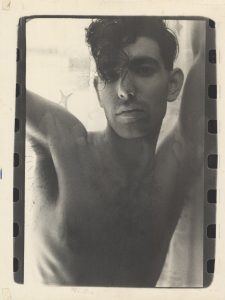 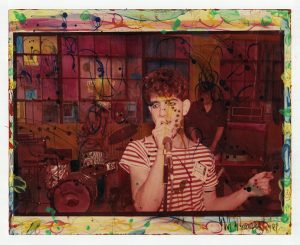 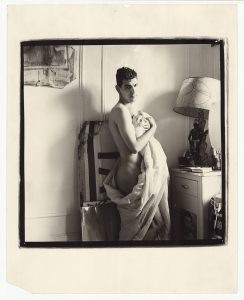 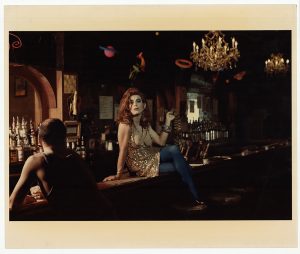 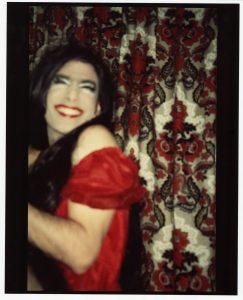