Goldstein’s legacy, from conceptual performance to photorealistic painting, comments on the precariousness of artistic success, from Document's Spring/Summer 2013 issue.

Being aware of Jack Goldstein in his resurging posthumous glory of existential exploration and insular nihilism lends itself to questioning the greater picture of an artist. Goldstein’s trajectory of work, from conceptual performance to photorealistic painting, begs a comment on the vulnerable nature of artistic success despite time, place or medium. As a person Goldstein struggled with his own demons and as an artist he struggled with the art world’s demonizing of his later paintings. With the upcoming show “Jack Goldstein x 10,000” at The Jewish Museum this spring, viewers can revisit and perhaps reinterpret Goldstein’s work not only in terms of an artist whose suicide in 2003 brought a distinct close to his story but also as a contemporary master of anxious minimalism.

After studying under John Baldessari at CalArts in the ‘70s, Goldstein moved to New York and pursued his art along with others such as Robert Longo, Matt Mullican and Cindy Sherman in what is now known as The Pictures Generation.  The group appropriated photographs and everyday images to make art that came into popularity for collectors in the late ‘70s. Goldstein’s use of the Metro-Goldwyn-Mayer lion and pink ballet shoe for two of his short films echoes the stylistic decisions of those around him. 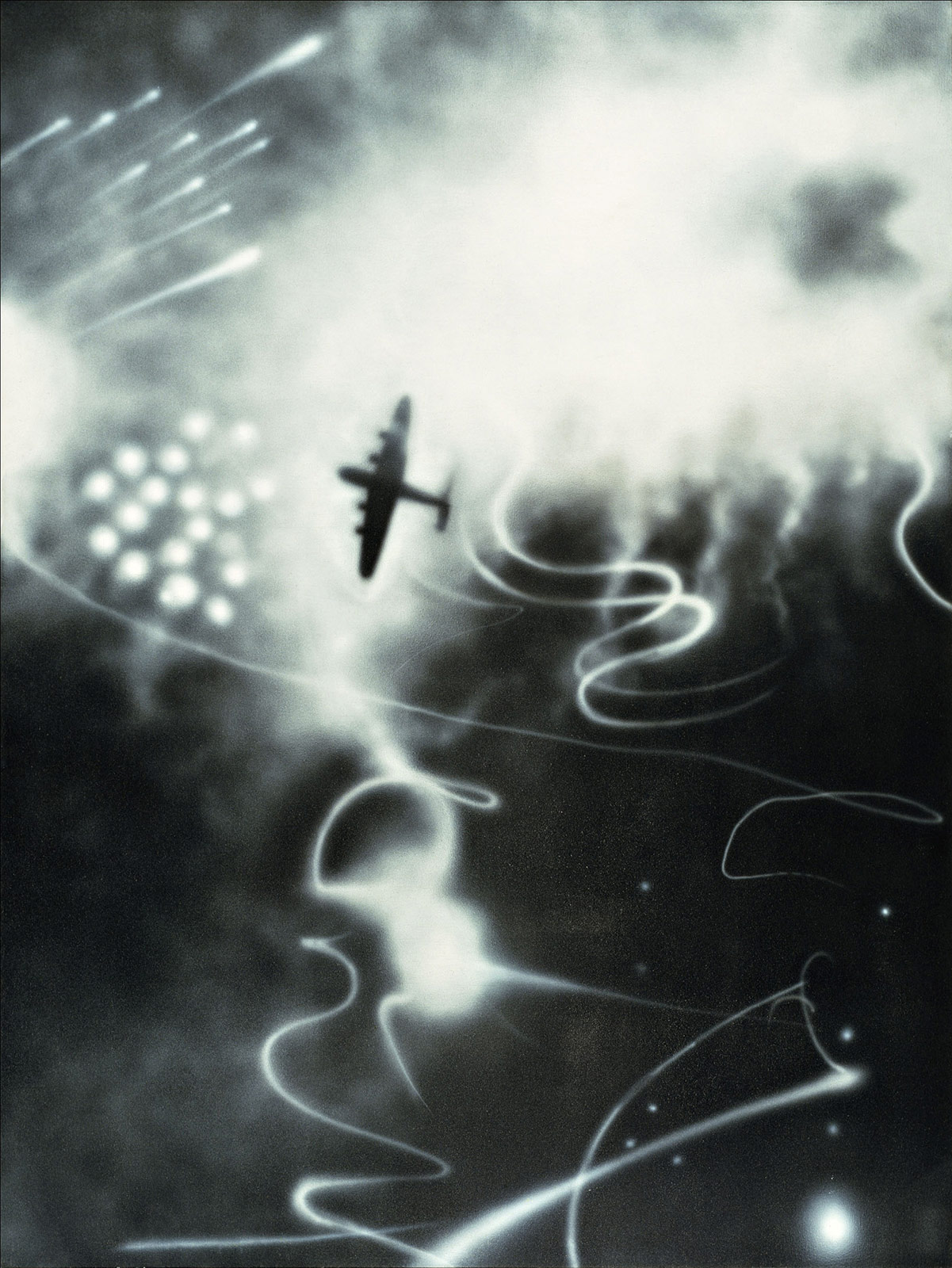 But more distinctly in Goldstein’s work there is a hovering darkness that envelopes and sinks into the viewer as if one was looking at a scene that could turn into a disaster at any moment and you’re not sure where you should run to get away from its impending momentum. You want to flee but you’re also insanely curious. Even today his films and paintings have a remarkable ability to initiate a sense of yearning for something beyond what the material world can provide.

Looking at Goldstein’s paintings through an apocalyptic lens of insecurity, one notes the tense visualization of phenomena that appears natural but are actually catastrophic and eerie. In “Untitled,” 1981, one can hear the whirring of the plane’s engines circling and circling over the black desolation below.

Goldstein relied on the help of many assistants for his airbrushed acrylic paint on canvas works, including his primary assistant for many years, Ashley Bickerton. For the recent show, “Where is Jack Goldstein?” at New York gallery Venus Over Manhattan, Bickerton wrote a catalog essay on Goldstein that includes some insight into the artist as a chain-smoking, complicated man and his “perfect, impenetrable opacity.” Bickerton notes Goldstein’s preference for looped sound and “exploding landscapes” which today remain two elements that signify his artistic legacy. 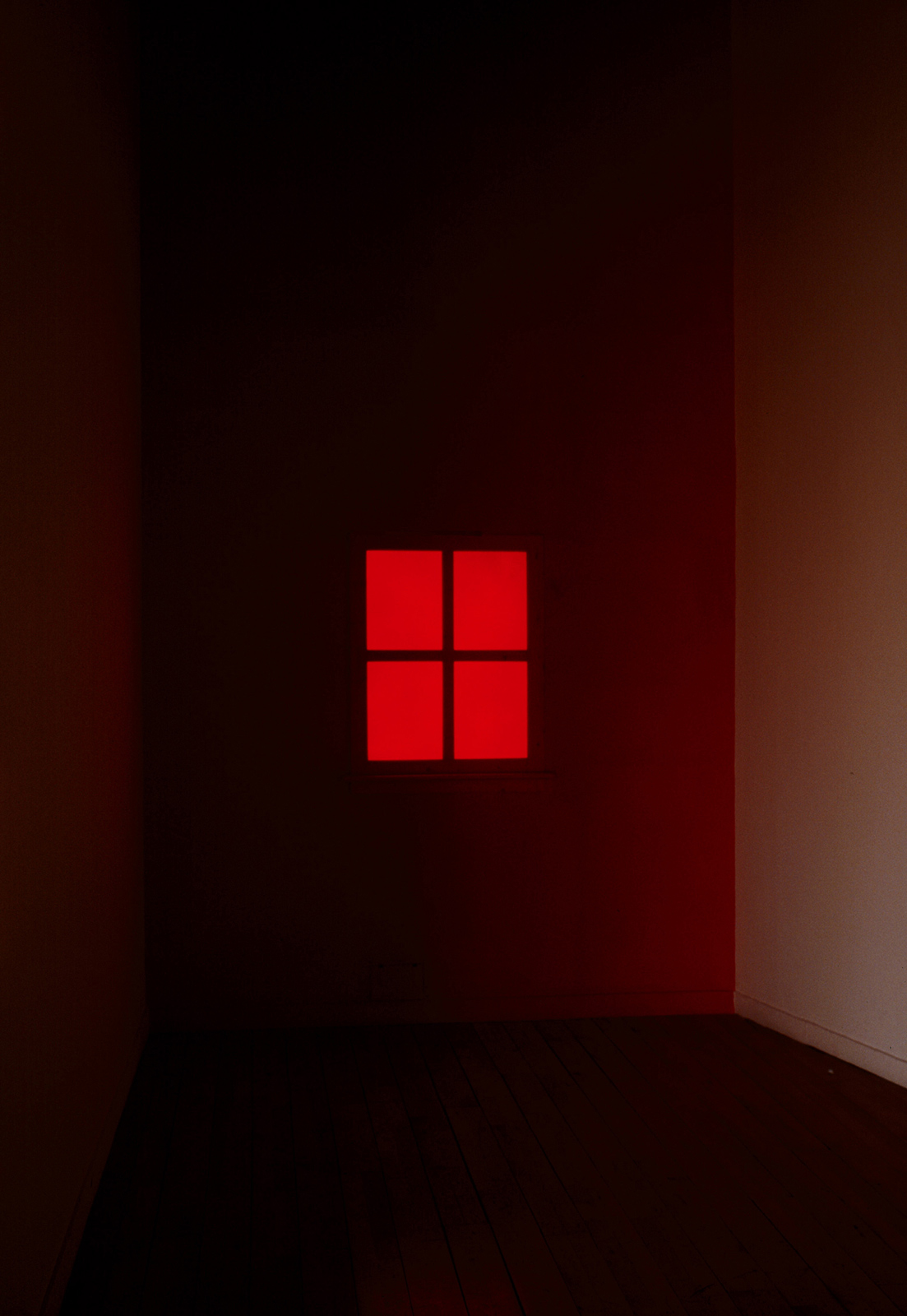 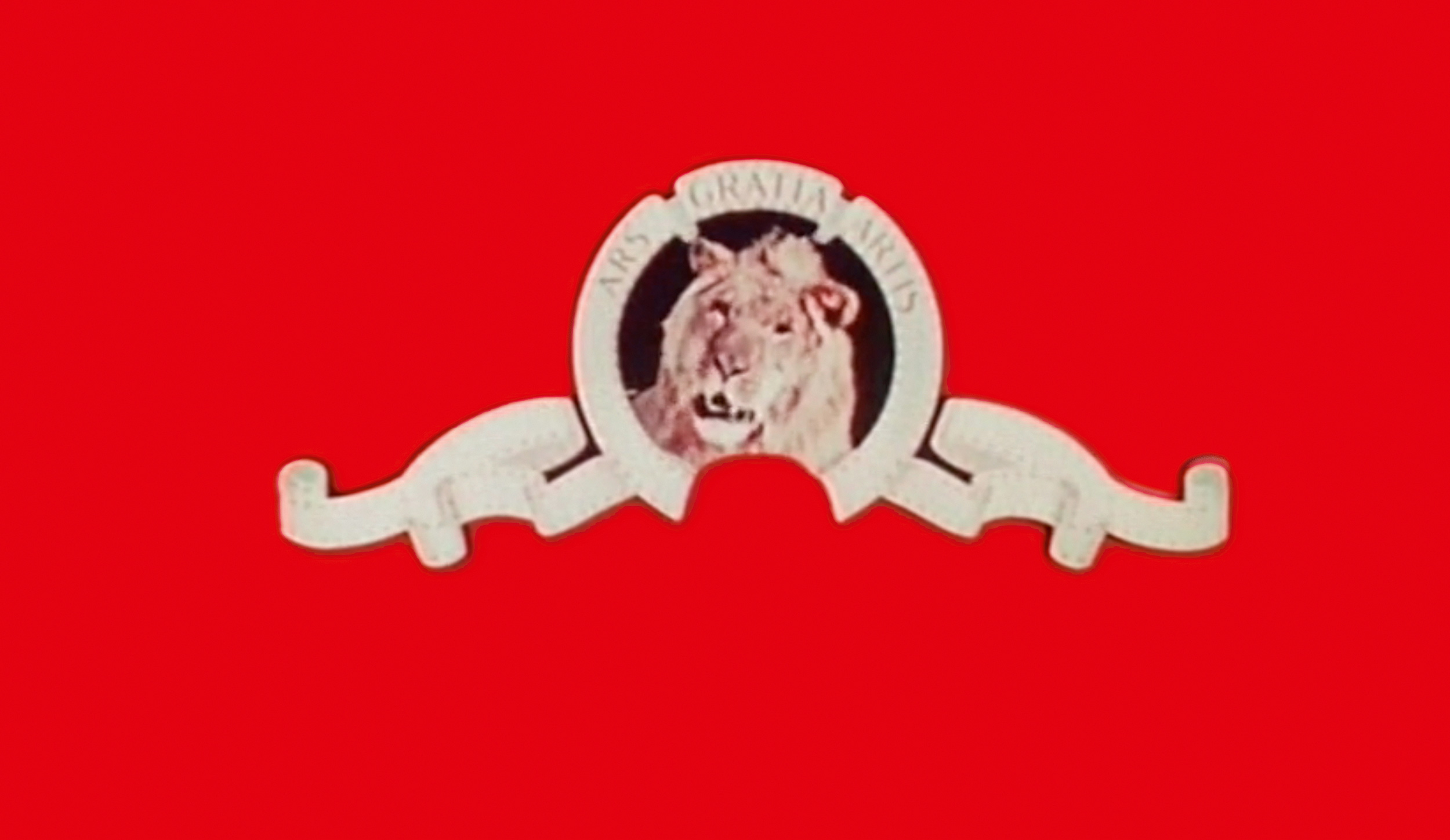 Collectors’ interest in Goldstein’s paintings dwindled by the late ‘80s and he slipped rather seamlessly into obscurity until the 2004 Whitney Biennial where his films appeared with renewed interest. Goldstein’s ability to distill an image to its most basic view, like the isolated figure of  “The Jump”, expressed his pure minimalistic tendencies to single out essence while making the piece available for 1001 readings. Today his pivotal works are muddled with his tragic end in the California desert.

The desire Goldstein must have had to communicate to the world his insides—his struggles, his thoughts, his satisfactions, his discrepancies—radiates from his work, but his path into isolation has enclosed him in history, and the viewer feels a bit cut off from any current interpretation. However, the relevancy of his work and his influence over contemporary practice remains unquestionable. And so one can continue to look, and interpret, and sort for ourselves the darkness that radiates and consumes. 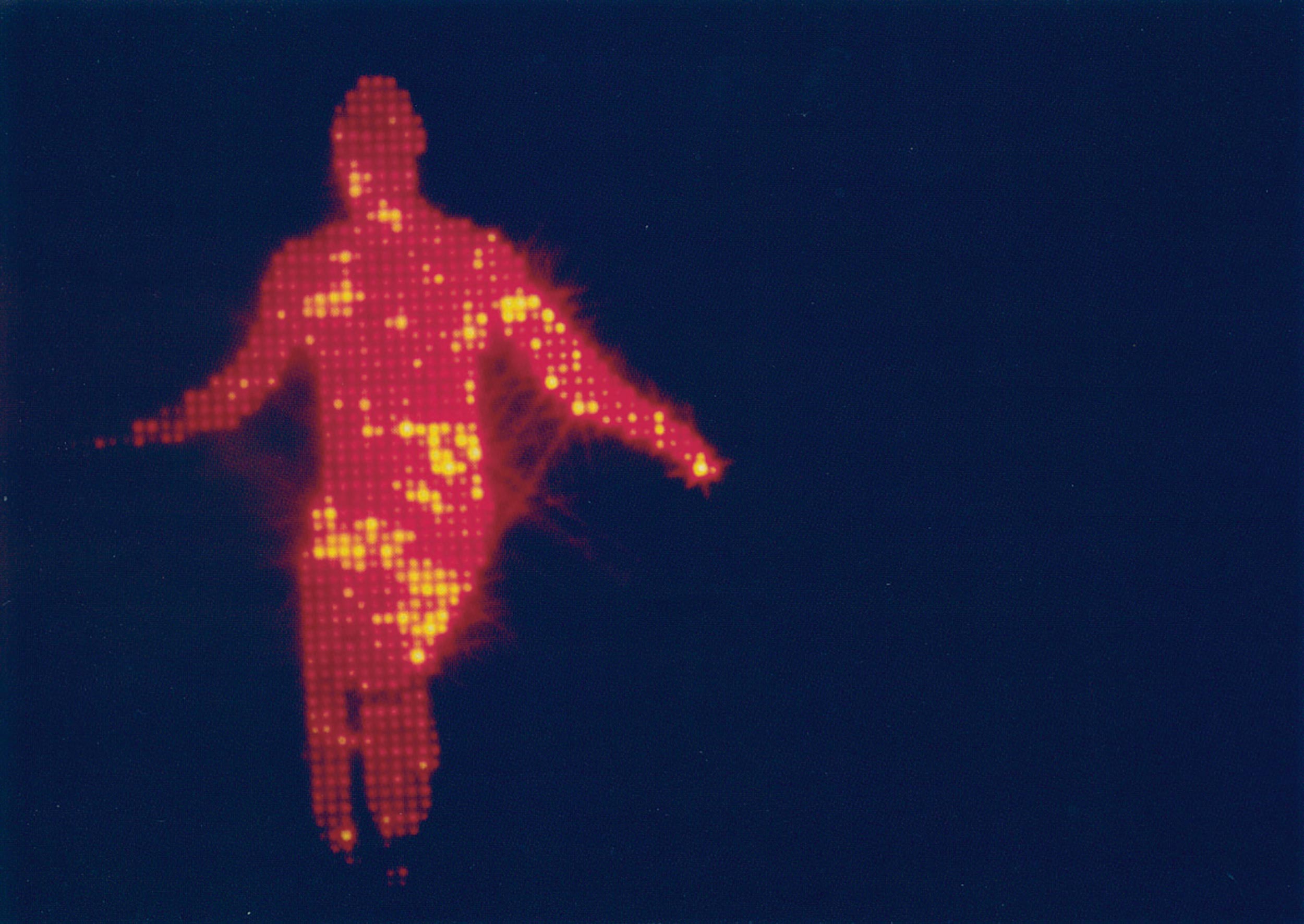 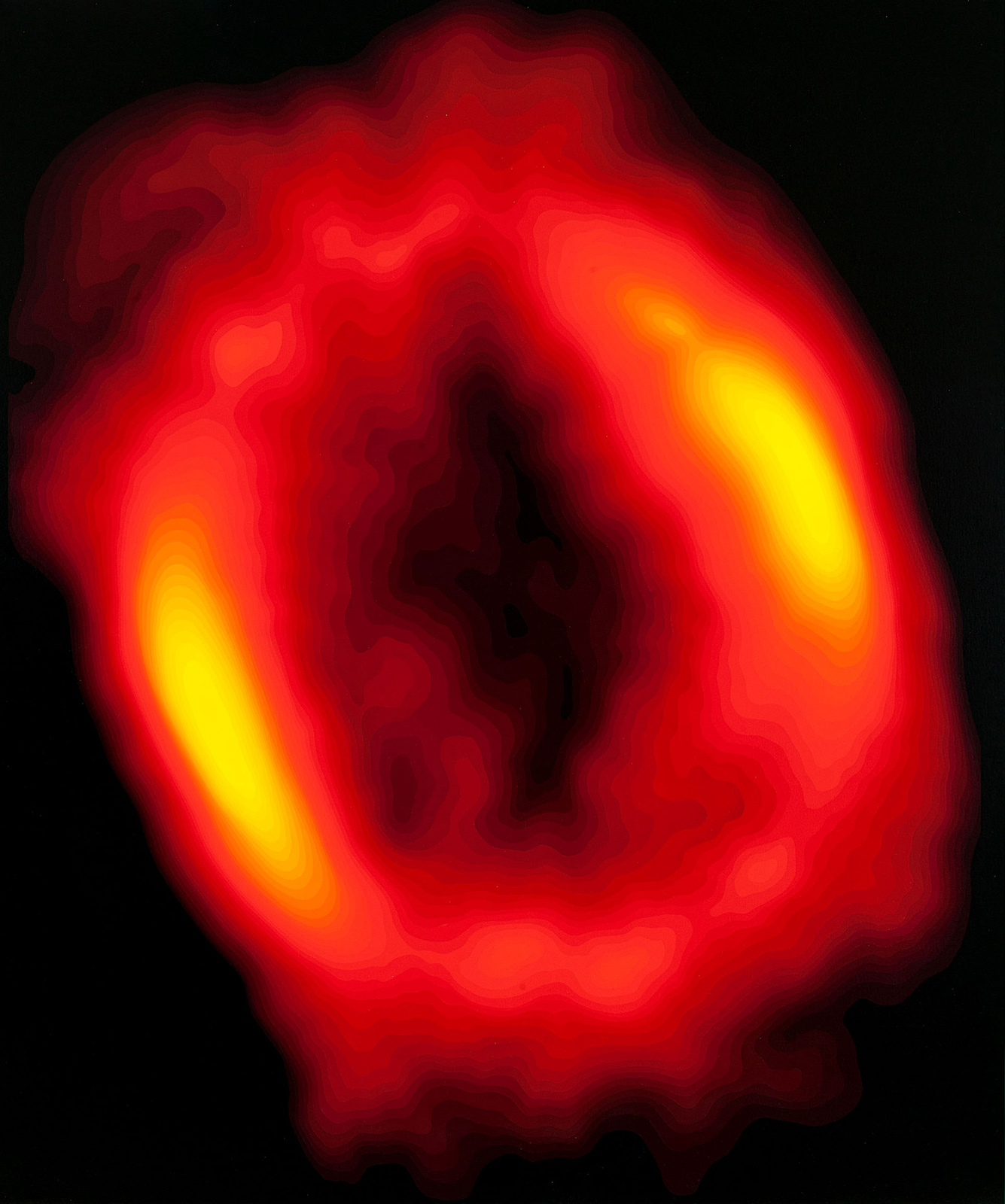 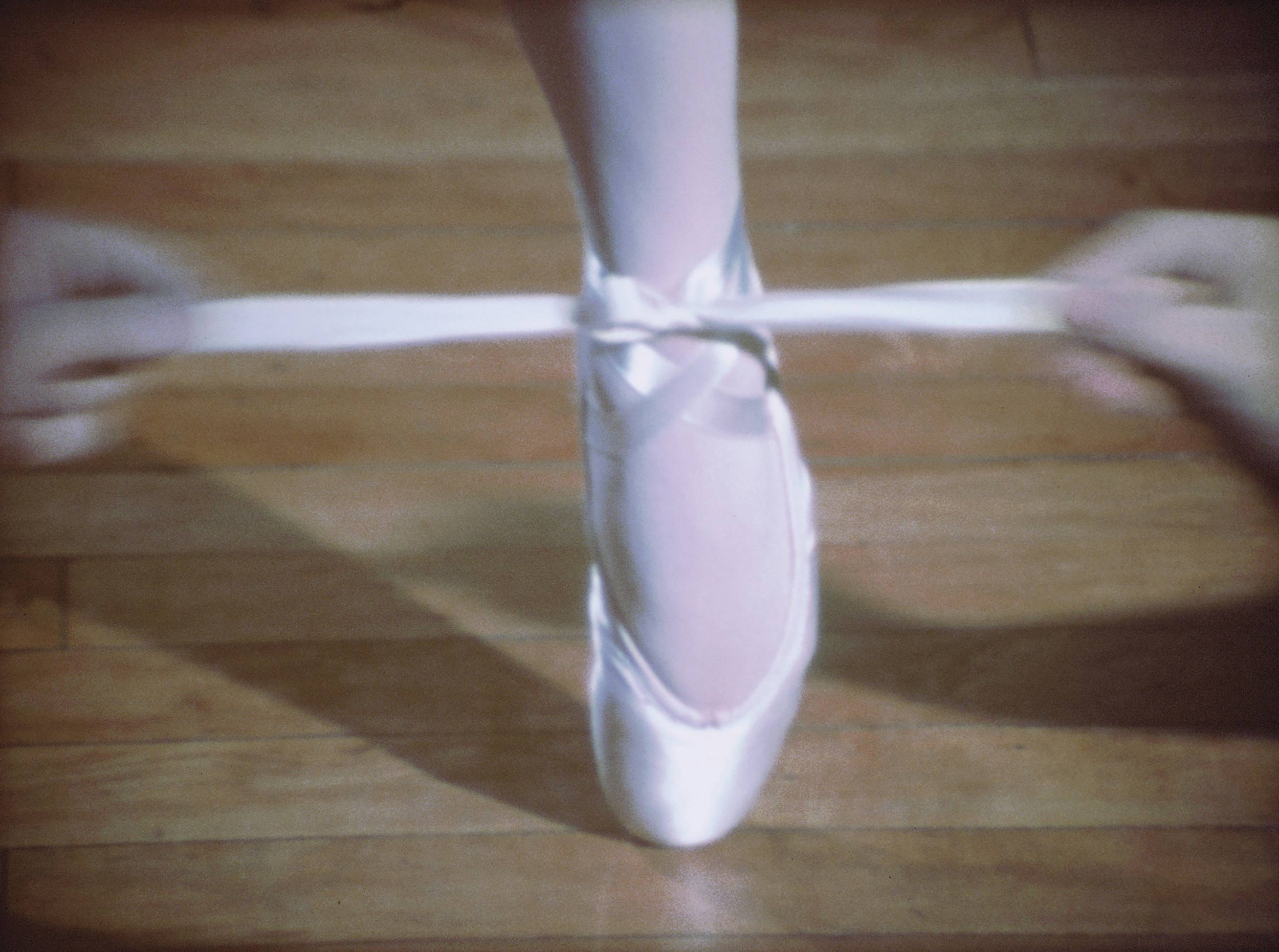