From ‘Let Me In’ to ‘The Road,’ actor Kodi Smit-McPhee is brings a strength beyond his years

The actor, to paraphrase Britney Spears, is not a boy, not yet a man. He speaks about bringing a chilling, otherworldly authenticity to his roles for Document's Fall/Winter 2012 issue.

How do you talk to a 16-year-old boy? I could never figure it out when I was 16, and I hadn’t tried since. I wasn’t sure what to expect when I talked with Kodi Smit-McPhee.

It didn’t help that in his most famous films Kodi is an angelic waif at the end of the world (The Road, 2009), an ethereal bullied boy in league with a girl vampire (Let Me In, 2010), and a misfit kid with paranormal powers battling a zombie apocalypse (ParaNorman, 2012). Growing up in his native Australia, Kodi has all the while been sought after by filmmakers in need of a young actor who can handle what he calls “the sad and deep stuff.”

It also didn’t help that these days some of the most common suggested Google searches for Kodi include “Kodi Smit-McPhee shirtless,” “Kodi Smit-McPhee girlfriend” and “Kodi Smit-McPhee gay.” Though he’s spent his life embodying the vulnerability of childhood on film with an almost painful vividness, Kodi is growing up, and his fans know it.

Kodi is (to paraphrase Britney Spears) not a boy, not yet a man. The pictures on his Twitter page reinforce the tension: in the black-and-white background snapshot, he’s a sweet kid in a baseball cap blowing dandelion seeds; in his profile picture, he’s a slightly scowling teenager in a hoodie throwing a hip-hop hand gesture.

I thought video-chatting might help me reconcile the two Kodis. I figured if we were face-to-face, or at least screen-to-screen, I could get a better sense of how the boy in the sad and deep movies was growing into the man he’d become. In the end we couldn’t get Skype to work, so we did it old-school, talking on cellphones, and as we spoke different images of Kodi floated through my mind. We talked about his plans for the summer (“chilling, camping, Comic-Con”), his dream car (an ex-cop Crown Vic with a V-8 engine—but unfortunately the insurance for teenage boys with V-8 cars is “really expensive,” so it’s going to have to wait) and the car he’s actually going to get (“a V-6—something, really simple—but my dad and I are gonna customize it so it really stands out”). We talked about how he likes to spend his weekends (these days he’s often hanging out at his sister’s house recording songs; “I’ll just go over there and make music. I like to mix rap and dubstep. I guess I’m not a rapper but I can rap”).

Family is important to Kodi, and his is close. After living in Adelaide and Melbourne, a few years ago the Smit-McPhees moved to Los Angeles to pursue their acting careers. Kodi’s dad, Andy McPhee, a former professional wrestler, got into acting in his 30s, and he encouraged his kids to start acting when they were small. Before the move, both Andy and Kodi’s now 20-year-old sister Sianoa were on the legendary Australian soap “Neighbours,” and Kodi starred in several Australian films including “Romulus, My Father” (2007) with Eric Bana. Since the move, Andy’s been on the FX show “Sons of Anarchy” and Sianoa was on “Hung” on HBO. As Kodi says, “Australia is like a magnet. I’ll always love that place. But with acting, you reach a certain point and you have to move on.” 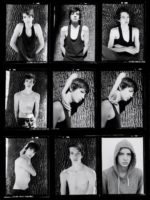 After a few minutes of listening to Kodi ramble cheerfully in his Australian-Angeleno cadence, I kept thinking that he reminded me of something. At first I couldn’t place it, but then I thought—of course, I know what this way of being a teenager reminds me of: Kodi is only a year or two younger than the freshmen I teach at Yale, and he’s got many of their most endearing qualities. He’s wildly interested in mildly geeky things (in his case, dubstep music and robot dancing); he’s confident enough to devote hours to getting good at them (and to tweet recordings of his efforts to his followers, the “Kodiacs”) and he’s preternaturally poised in talking about his pursuits. He’s got the same professionalism and work ethic, and the same reservoir of shameless enthusiasm.

One of Kodi’s Twitter handles is “kodathecreator” (a nod to rapper Tyler the Creator of “Odd Future” fame) and he keeps a steady stream of songs, videos and Instagram shots flowing. He’s making an iTunes album, and he tells me excitedly that one of his pop-and-lock dance videos got over 7,000 YouTube hits. Like many teens in the digital age, Kodi is growing up in public and documenting the process himself. As he tweeted recently: “The edit chill zone. Apple TV. Ps3. MacBook. Flat- screen. All I need.”

Meanwhile, he’s also scarily good at his day job. Scarily being an operative word. As “The Boy” in the critically-acclaimed The Road, an adaptation of the Cormac McCarthy novel, Kodi is one of the last children on earth after the apocalypse. For much of the film he also seems to be the last person on earth with a conscience. He endures run-ins with roaming gangs of cannibals and with his fiercely loyal but increasingly amoral father (Viggo Mortensen), who gives him a gun and teaches him how to kill himself and others. Against all odds, The Boy maintains an otherworldly sense of generosity and a resistance to violence. Early in the film Mortensen’s character tells us in voice-over, “All I know is the child is my warrant, and if he is not the word of God then God never spoke.” As “the word of God,” Kodi has to carry the weight of the world and the weight of the film, and he does. He’s the last best hope for humanity; it’s written in his tired face and troubled eyes.

At the end of the film, a man says to the Boy: “You’re kinda weirded out, aren’t you, kid?” By which he means: you’re exceptionally strange, even for a kid living in a post-apocalyptic hellscape.

Many of Kodi’s characters are similarly “weirded out.” I ask him if it’s hard to play misfits, outcasts, weird kids. He says it’s not. “I like it, because they’re usually quiet, with a lot going on inside. So the acting is not all in the talking. It’s more subtle.” 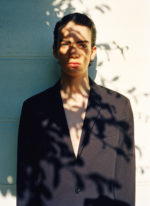 Kodi’s next weird kid was Owen in Let Me In (2010), the American remake of the Swedish vampire movie Let the Right One In. Stephen King called Let Me In, “The best American horror film of the last 20 years.” It’s definitely one of the scariest movies I’ve ever seen, not just because of the blood, which is plentiful, or the vampire, who is lethal, but because of the level of punishment Owen sustains as a bullied human boy at an ordinary school.

Bullying has come into the national consciousness in the past couple years, and I don’t think there will ever be a more haunting depiction of it on film than Kodi’s. Taunted by a group of boys for being a “girl,” 12-year-old Owen faces injury and death at the locker room, the hockey rink and the swimming pool. He begs his tor- mentors to stop, and he gets hurt anyway. Then he comes home and binges on sugar, puts on a mask, plays with knives and imagines threatening someone else the way he’s been threatened. And then he falls in love with a 12-year-old vampire named Abby and it gets better.

I asked Kodi how he would compare Let Me In to the other vampire stories that are popular these days. He’s gracious towards the competition. “I actually really like Twilight! I saw a couple of them, I think I saw the third one and I really liked it. But Let Me In was more deep, it was less about the vampire stuff and more about kids growing up.” Thanks to the performances of Kodi and of Chloë Grace Moretz as Abby, Let Me In is sometimes almost too deep to bear. A.O. Scott described it as a movie about “awkward, resilient tenderness.”

In calling attention to the surprisingly expansive emotional range of Let Me In, A.O. Scott is unwittingly supporting one of Kodi’s own theories: “Zombies and vampires are a genre to themselves. You can make totally different kinds of movies about them. You can make them into anything really.” Vampire and zombie stories are always about the violent battle between the normal and the not-normal, but they can tell this familiar tale in almost any mood or style.

By that logic, Kodi’s role in this year’s ParaNorman is both pretty familiar and totally different. ParaNorman is about the stuff of nightmares: a small town is overrun by ghosts and zombies, and Kodi plays the one boy who can save it. Like “The Boy,” Kodi’s character Norman is battling against bad guys who want to eat him; like Owen, he’s a kid who’s picked on for being different, and who finds power in the supernatural. Unlike them, however, Norman is stop-motion animated. And he’s funny. 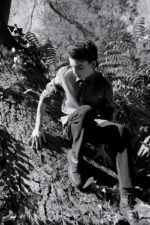 Silk shirt and pants by Acne. Boots by AllSaints.

Kodi is elated about getting the chance to do something new. “ParaNorman was perfect for me! It was comedy, stop-motion, everything! I just saw it. It’s really funny, but then in the end everything changes. I won’t spoil it for you. I audition for everything, I always audition for random stuff, but I always tend to get the dramatic roles. But people know I’m funny when they get to know me.”

Five years ago a 10-year-old Kodi cracked up the audience at the Australian Film Institute Awards by accepting his Young Actor award with a precociously dark speech: “As a child actor I suppose I have to get used to it all being downhill from here. So if that’s true I’d like to take this opportunity to thank a few people before I fade o into obscurity and the world of nightclub appearances and reality TV.” Kodi didn’t write the speech, but his comic timing was perfect.

These days he’s more matter-of-fact about his professional trajectory, which is not playing out nearly as bleakly as he’d predict- ed. As he says, “Acting is so weird and crazy. You just have to keep going forward.” He’s got several new projects brewing, some of which he can’t talk about yet. He’s filming a movie in New York, and earlier this year he got to try Shakespeare in Carlo Carlei’s Romeo and Juliet. (In a satisfying literary connection, his character Owen in Let Me In was reading Romeo and Juliet during his doomed romance with Abby.) Kodi plays Benvolio, the peacemaker, who tries to prevent the tragic deaths of the titular characters, played by Douglas Booth and Hailee Steinfeld. Kodi says filming Romeo and Juliet in Italy was “amazing, my best experience on set yet.” He rode horses, learned how to sword fight and saw the first Roman snow in 26 years.

At the end of our conversation I ask him about the Document photo shoot. I’m not sure what he’ll have to say about the day he spent in frosted eye shadow and Johnny Depp Cry-Baby curls, but he’s instantly effusive.

“Which picture was your favorite?”

He doesn’t hesitate. “The one where I’m standing in a doorway in a bright blue sweater, with a kind of red light reflecting on my face.” I think that one’s my favorite too. 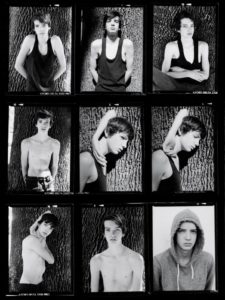 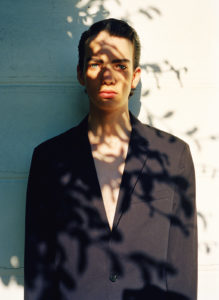 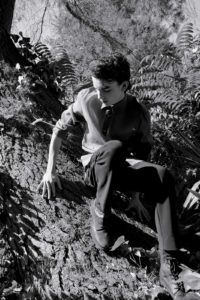