The photographer joins Document to discuss the enduring creative stamina of New York, and the making of his book and its accompanying exhibition

There’s a certain kind of magic to coming of age in New York, defined by a density of experience that’s irreplicable outside the city’s limits. That density drives ingenuity, and though the city changes at a rapid pace, it continues to produce creatives of all kinds. Adam Zhu has joined the lineage of New Yorkers making art from adolescence with Nice Daze, a project that tracks seven years of his life on the Lower East Side. At 16, he began documenting the multi-generational network that defined his community, comprised of skaters, graffiti writers, musicians, poets, and visual artists who act as his friends, contemporaries, and mentors. “Creating the book is like closing a chapter in [Zhu’s] life and also revisiting it at the same time—being reconfronted with these memories and thinking about their resonance,” says Daisy Sanchez, who curated the artist’s gallery show of the same name with Havana Laffitte.

Zhu’s memories are made tangible in Nice Daze: Most of the book’s images have never been shared online, the collages within it aren’t scanned but rephotographed, and the artist’s own iconography emerges in song lyrics scrawled on paper, splatters of paint, and pieces of sculpture. There’s a salient sense of sincerity in the way these images are captured—one that can only really come from the earnestness of youth. Zhu describes the nature of the photographs as “lost in the innocence and truth of the moment.”

The artist joins Document to discuss the enduring creative stamina of New York, and the making of Nice Daze and its accompanying exhibition, now on view at CCProjects.

Megan Hullander: How did this project originate?

Adam Zhu: I began documenting my friends and experiences when I started shooting on film in high school. I always knew that the photos were special to me, but it wasn’t until years later, [when] I began to organize all of them, that the idea of a book began to take form. The title evolved from a group show I curated in 2017 at Spencer Sweeney’s studio, called A Nice Day, where I showed some of the photos that ended up in the book. Then we were running through a list of book title ideas, and my friend Willy asked to clarify if it was ‘d-a-y-s’ or ‘d-a-z-e,’ and ‘daze’ stuck. I began writing it over and over, and discovered that when it’s written vertically [in capital letters], the ‘n-i-c’ in ‘nice’ spelled out my last name, ‘Zhu.’ You can spot it on the spine of the book.

Megan: Youth culture within New York has been documented over the decades, and revered as something exceptional and markedly different from that of other places. How does the culture you grew up in fit into that larger history?

Adam: Culture that emanates worldwide is in the minds of New York’s youths. The foreword of the book, Nov York, makes an analogy for different generations of New Yorkers with the song ‘Row, Row, Row Your Boat’—we are all singing it, at different times. I’ve always felt very interconnected with previous generations of New Yorkers. A big part of the story is my mentors and OGs passing down culture and traditions. I hope this book contributes to that cycle.

Megan: Where did the concept for the book’s cover originate? What informed your choice to use art instead of a photograph?

Adam: A motif throughout the book is found junk on my roof, an important gathering place for me and my friends. Random things, mostly found by various friends and roommates, brought to my roof for whatever reason, some of which I’ve ascribed a story and sentimentality to: a toy police barricade, a trash can, a grill, a chair, a dragon sculpture, all at least lightly marked or splattered by some stray paint. The cover is of the dragon claw, broken from a larger dragon sculpture used in the book and installation. The back cover is a toy cop car I got at an antique market in China. In 2019, when I was already working toward making the book, I silkscreened the images on linen with Jack Shannon—who ended up designing —as a cover concept and artwork for an exhibition in London, curated by Ben Broome. We emulated the process of those works to create the cover. 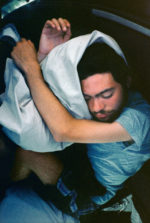 Megan: Did the physicality of the photographs in book form speak to the thematics of the images themselves for you?

Adam: It’s a pretty amazing experience to live with your work in the digital realm for so long, and to finally experience it physically. I’ve always been drawn to the ephemeral and romantic quality of film, and seeing the work physically brings that out even more. That’s a big reason why I’ve never shared most of these photos via Instagram, or anything digital. I always knew the importance of showing things in person.

Megan: What did you notice about the evolution of your practice, looking back on images from years ago? What has changed about your perception of youth since you started?

Adam: Even if I’ve learned things about photography—how to produce a ‘better image’—for this project, my favorite photos are from honest experiences and perspectives that are personal and nostalgic. By that metric, I find some of my older work to be the most powerful.

My perception of youth naturally shifts as I grow into adulthood. Those years are such a blur—emotions and desires run high, and discovering who you are and where you fit in, and exploring your passions are defining moments, which is what makes them so natural to document.

Megan: What’s changed most about the scene since you first entered it? What elements remain the same?

Adam: Obviously, a lot has changed, but I try not to be too pessimistic about things. I’ll save you the spiel on gentrification, social media, and things changing for the worse. Young people will always find a way to express themselves and create space. That space may be harder and harder to come by, particularly in Downtown Manhattan, but they’ll find a way.

Megan: What made now feel like the right endpoint for this project?

Adam: This project is very personal. I find that those formative years of being a teenager, navigating your independence, and forging connections are powerful, profound, and the basis for life onwards. I’m still young, but this project is a coming-of-age moment. It’s at its best when lost in the innocence and truth of the moment, captured by a wide-eyed and inspired younger me. Maybe I’ve lost that innocence or inspiration, to document the current scene in the same way. Or maybe that time in my life has passed, and I’ve grown up. Either way, I’m looking forward to the next chapter. 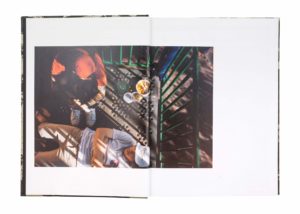 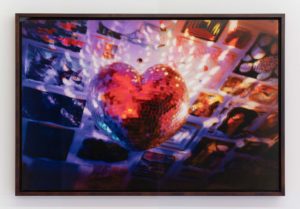 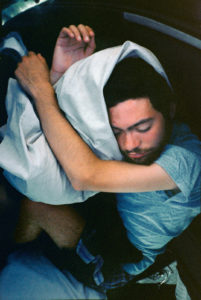 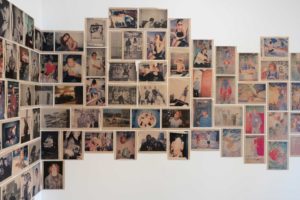