In ‘Napoli Napoli Napoli,’ the artist captures images of community and kinship on the Italian coast

Twelve years ago, photographer Brett Lloyd found himself lost under the streetlights of Porta Nolana. Boarding the wrong train took him to Naples, which soon became his second home and artistic muse. Lloyd’s love for the Italian city now dominates his portfolio of models, who look like they were sculpted by the Renaissance greats. Although he’s from Yorkshire, the artist’s name has become synonymous with daydreams of summers spent on Italy’s southwest coast.

Those fantasies have taken tangible form in a 135-page edition, published by Möreal Books. Lloyd transformed his last four summers into Napoli Napoli Napoli, a project that captures the more tranquil subset of Neapolitan life, an escape from the harsh realities of living in a crowded, working-class city. From dawn to dusk, the sea is a place of intimacy and kinship.

Lloyd showcases the raw beauty of the friends, romances, and ancient remains he encountered on his journey through black-and-white vignettes. Candid images of locals are intertwined with staged portraits as Lloyd transitions from the role of observer to participant in the city’s community. The faces featured are both old and young, with backdrops ranging from the tide to the shore to hidden caves. Lovers cuddle in the sand, mischievous teenagers share laughs, and splashes ripple from euphoric dives.

For Document, Lloyd digs deeper into his photographic love letter to Italy’s oceanfront. 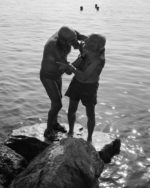 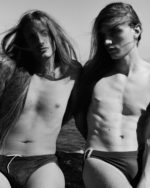 Madison Bulnes: When did you first fall in love with Naples?

Brett Lloyd: I first visited in 2009, on my way to the Amalfi Coast. I arrived late at the train station from Rome and missed my connection to Sorrento. I was forced to look for a place to stay the night. I had left my passport in Rome, and the hotels wouldn’t let me take a room without it, so I happily spent my night on the streets, exploring until the sun came up. That was the night I fell in love with the city.

Madison: How do you continue to find new things about the city that keep your interest alive?

Brett: I’ve barely scratched the surface. Since it’s a port city, Naples has been invaded many times, with each invasion and subsequent colony leaving its mark on buildings, districts, and faces.

Madison: Why do you find yourself returning to Naples’s beaches every summer? What does the city offer that is unique to and different from others you’ve spent time in?

Brett: After 12 years, Napels [feels] like my family. And I’m a history buff, so I learn [something new] about the coastline each time I visit. From the Roman ruins of Baia and Pompeii to the Greek temples at Paestum, there is something about the overstimulation and multi-use of the city’s beaches that provide endless intrigue.

Madison: What is the cathartic power you find around the sea?

Brett: The sea offers a few hours each day where locals have time between jobs or family duties to grab a towel and run a hundred meters into the water for a quick bath, away from the densely populated, working-class quarters of the city. Not only is the water cathartic, but the views out to the islands of Capri and Ischia are, too—the views over to the formidable Vesuvius or, my favorite, back up to the Castel Sant’Elmo. 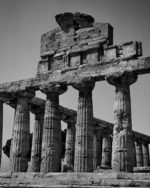 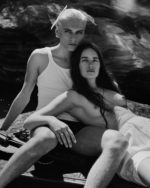 Madison: Why did you choose to capture the season with black-and-white film?

Brett: In 2016, I made a smaller, colored book about Naples: Scugnizzi. It was nice to present a different aesthetic [this time]. My next book will [consist of] full-color iPhone and digital pictures. As a photographer, I’m more than happy to swap and change my moods and cameras. I am a classicist at heart—Napoli Napoli Napoli being in black-and-white brings the book into the ancient city.

Madison: What is a typical day like in Naples?

Brett: Wake up at 6 a.m. to meet the fisherman in Santa Lucia, and go out to collect mussels, clams, and calamari. Arrive back on shore to meet the old men who are the first on the rocks sunbathing; you are treated to a concert every morning, as they love to sing in the water. Long lunches with lots of wine and limoncello, and after, I’m drunk enough to have the courage to shoot more volatile beaches and characters. Dutch courage. In the afternoon, we are all sunbathing. I take some more romantic portraits when the beauties on the rocks are tired out and in a reflective mood. 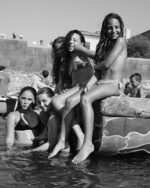 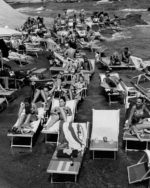 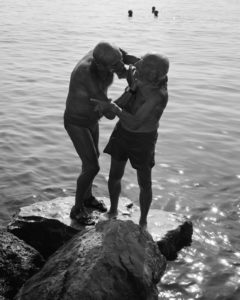 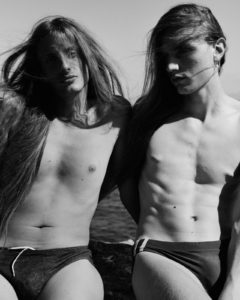 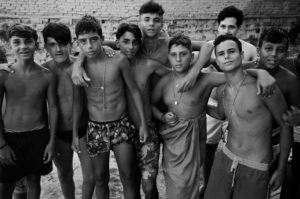 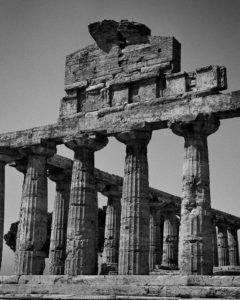 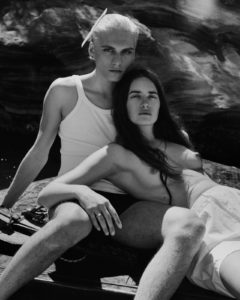 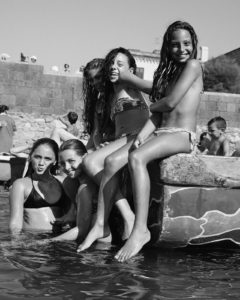 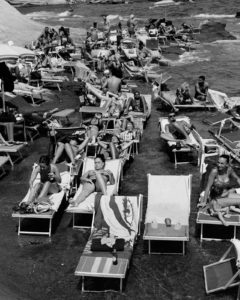 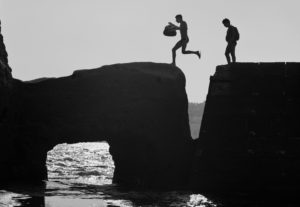