For Document’s Winter/Resort 2023 issue, the artist shares a portfolio of paintings that blur the boundary between mythology and reality

Unicorns are creatures from another world, but they are tied to the collective consciousness of humankind—present and absent at once, following the traditions of mythologies built upon reality. Today, they are symbols of a beautiful, perfectly imperfect fantasy.

It therefore comes as no surprise that Ariana Papademetropoulos would have painted them: Unicorns are, somehow, her emblem. The artist, too, is a creature from another world. After a childhood spent in Pasadena, California, she took on Los Angeles, not as a foreign entity—as so many artists who are not native Angelenos do—but as her very essence. The innateness of the city to Papademetropoulos’s work requires that her engagement with it be stronger than it has been for other artists. The milk of dreams the City of Angels feeds its protégés had to be condensed into her practice. LA is a place where fantasy and reality are not separate, but coexist as one ambiguous, complete way of life. 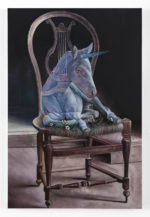 Painting does not belong to place. While Los Angeles is a persistent presence in Papademetropoulos’s work, she is not confined to it. Rather, she epitomizes the very fabric of life. The artist’s perfect images are not locatable—they create new space. Her depictions of the lives of unicorns are not abstract, nor are they deprived of context: Each of these creatures exists among invention, whether they’re within a complete room or upon a solitary piece of furniture. These settings invite the viewer to question reality—or to accept that its questioning is no longer relevant.

Unicorns and feminine bodies are brought together in Papademetropoulos’s work. Shells, women, and mystical beings coexist through day and night—through blues, pinks, and oranges. The artist does not shy away from certain tones; one shell may show all the colors of the world, while a painted girl lives only through the shades of the night. Medieval art, Renaissance paintings, Surrealism, and the ghosts of LA nurture the unique forms she renders. These forms change; they are never fixed. Neither is identity. Papademetropoulos understands that it is possible for us to be who we want to be, and that who others want us to be is irrelevant. She has integrated with her practice many archetypal ways of seeing—but time and again, her paintings are her own. Here, too, she draws upon the lessons of the motto of The Lady and the Unicorn, a legendary medieval tapestry: “À mon seul désir,” or “To my own desire.” That is Ariana Papademetropoulos. 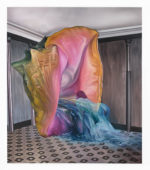 Spray From a Psychic Sea. 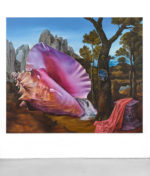 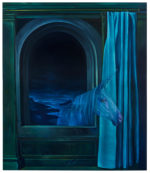 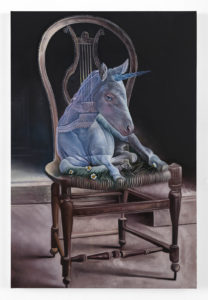 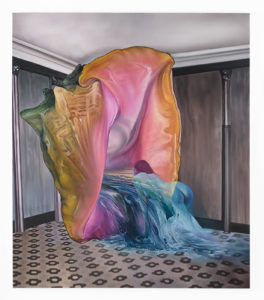 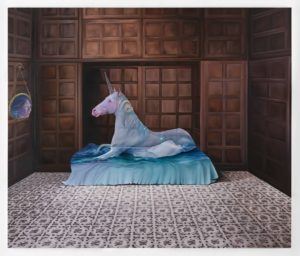 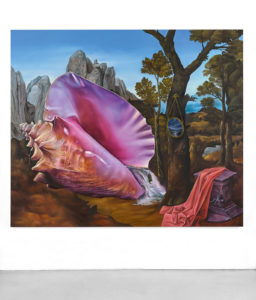 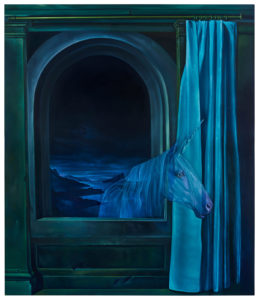