When Isaac Powell first moved to New York in 2017, he lived in a small, shared apartment in West Harlem. He’d often hear his married neighbors fighting; it was common to hear crashing noises outside, as the wife threw her husband’s things out. Glancing toward their window, he’d see her cats, Thunder and Lightning, sitting beside one another, staring back at him—not in an idyllic way, instead more akin to the twins from The Shining. But for an aspiring actor, New York is and always has been the place to be, and the only place Powell ever imagined himself.

Flash forward five years, and Powell finds himself returning to the powerhouse American Horror Story cast for a second season—this one centered around the very place where he got his start. AHS: NYC follows a series of disappearances of gay men across the city, while AIDS symptoms simultaneously appear in those who remain. This season sees Powell as Theo Graves, an up-and-coming photographer in a relationship with the influential and wealthy Sam, played by longtime AHS veteran Zachary Quinto. Their relationship is sometimes abusive and always codependent, as Sam provides money and connections, while Theo provides talent. Ahead of this role, Powell studied iconic New York photographer Robert Mapplethorpe, paying mind to the artist’s romantic relationship with his mentor and benefactor Sam Wagstaff.

The season explores a number of different evils, including the NYPD, whose indifference to the issues of the LGBTQ community enables multiple perpetrators to pick off a swath of gay men, one by one. It paints a beautiful and tragic portrait of the many gay scenes of New York City in the ’80s, its vibrance juxtaposed with creator and producer Ryan Murphy’s affinity for gore and supernatural horror. In his role as Theo, Powell plays with the light and the dark in his character, who is caught between two relationships: Sam, the devil on his shoulder, and the bright-eyed, sometimes naive Adam, the angel on his shoulder. As Theo, Powell masterfully fluctuates between vastly different personalities, capturing how his character is deeply affected by the people he surrounds himself with. 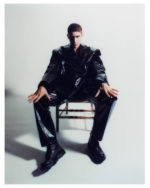 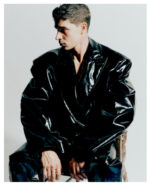 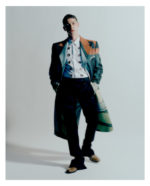 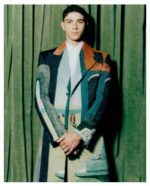 The series casts New York as a living, breathing character of its own, sometimes positioning the vibrancy of the city center stage, particularly in scenes shot directly on its streets. One shot in particular, which depicts Theo and Adam walking to get their tarot cards read, drew a large crowd of fans and paparazzi, making the relationship between actor and viewer—usually separated by screen—palpable. “It gave me a sense of having an audience again, which I loved,” Powell says. “Coming from theater, I really respond to that relationship between audience and performer that feels so immediate. When we were shooting those exteriors, it felt like I was getting the best of both worlds.”

Powell grew up in the suburbs of Greensboro, North Carolina, in a rural area outside of the city. “There was just enough arts and culture for me to really latch on to it,” he says. He found elementary and middle school difficult, knowing he was different from the other kids; he’s previously said he identifies with Bobby Hill of King of the Hill in that sense, a sentiment he still maintains. “I grew up not making sense in my hometown, and being this sort of special kid in this very normal, nuclear family,” Powell says. “And Hank Hill was always saying, ‘That boy ain’t right.’ That’s kind of the motto of my upbringing: That boy ain’t right, there’s just something about him, he’s from somewhere else.” In high school, Powell transferred to an arts program, where he started seriously pursuing acting.

Soon after Powell graduated from the University of North Carolina School of the Arts, he was cast in his first Broadway production, Lynn Ahrens’s Once on This Island. But Powell was truly thrust into the spotlight when he landed the role of Tony in the 2020 Broadway revival of West Side Story. He likened the rehearsals for the production to climbing Mount Everest eight times a week. But even so, you couldn’t get him to choose between theater and film; he loves them both, and sees them as vastly different, apples and oranges. “They feed each other in particular ways,” he says, “I think that’s the way to have the most well-rounded craft as an actor: to dip your feet into both.”

Powell’s character serves as the centerpiece of a deeply touching scene toward the end of AHS: NYC, a fictionalized moment that calls to a real history, defined by the overwhelming feelings of urgency and vulnerability that devestated the city’s queer population in the time that the series is set. “These sorts of things really did happen to a humongous portion of the community,” he explains. “No one really had any answers and men were truly just disappearing left and right.” 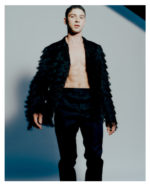 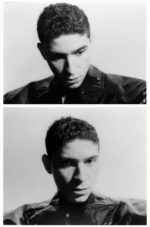 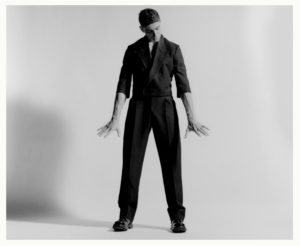 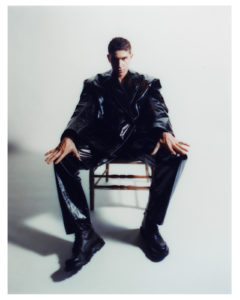 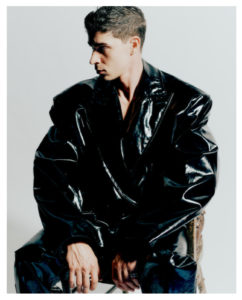 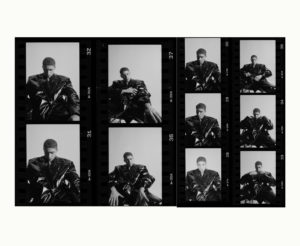 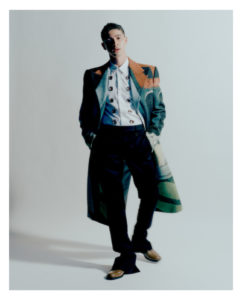 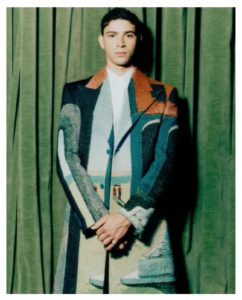 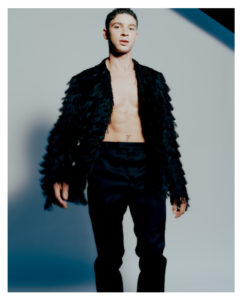 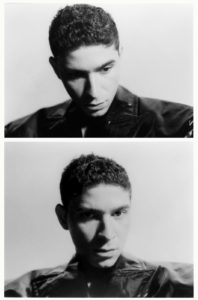