True horror exists in the stories nearest to reality—fiction that feels not just possible, but plausible. Allie Rowbottom’s Aesthetica occupies that territory: The story takes its title from an invented procedure that is always elective, and sometimes deadly. (This, the author explains, is not far-fetched, compared to our present where botched BBLs are all-too-common.) But the Aesthetica procedure promises something different from most cosmetic operations; instead of warping the body further from its natural state, it offers the reversal of past plastic surgery—and with it, the return to a more authentic self.

Aesthetica traverses two timelines. The first tracks Rowbottom’s protagonist, Anna, at 19, as she devises a plan to infiltrate LA’s influencer scene while her mother’s health declines. The novel jumps seamlessly between that period and over a decade into the future, where 35-year-old Anna peddles anti-aging products, and contemplates the relationship between physical and spiritual cleansing as she readies herself for the Aesthetica procedure.

With narratives centered around virtual worlds, and our relationships to them, a reactive tone of condescension and distaste has quickly become a modern literary trope; it’s easier to identify what’s problematic in our reality than it is to allow for nuance. But with Aesthetica, Rowbottom captures the complexities of the human relationship to social media, and the identities we yearn to create within it. The culture of clout-chasing is not definitive of Anna’s character, rather acting as a lens through which we understand her relationship to the world—and to herself. Rowbottom offers a distinctly human picture of the self-surveillance and collective addiction that have defined contemporary coming-of-age stories—one that is both terrifying and hopeful at once.

The writer joins Document to discuss the implications of fabricated realities, how moralization breeds alienation, and the timeless desire to be seen.

Megan Hullander: Are there elements of Aesthetica that feel like autofiction to you?

Allie Rowbottom: For a while, it seemed like literature was headed for a revaluation of memoir as a serious form—one deserving of reviews, awards, and study. What happened instead was autofiction. Autofiction is a way for writers to push the boundaries of life-writing without calling it ‘memoir’—because memoir is still considered a self-involved, emotional, feminized, commercial, and therefore less-serious literary genre. If calling something ‘autofiction’ rather than memoir allows a writer to write well about themself, that works for me. But Aesthetica is a traditional novel. I made it up. There are elements that feel emotionally true to me. But it’s not based on my real life, and nothing in this book actually happened.

Megan: Are there ways in which your research methods speak to the thematics of the book?

Allie: Research for Aesthetica started organically, with me scrolling Instagram, comparing myself to hot young models, then questioning the seed of that comparison and its relationship to my personal feminism. I was conducting research the first time I got Botox, the first time I got filler, the day I got my filler dissolved. And with the first ‘Build Your Booty’ YouTube video I watched, the first fitness vlogger I followed, the first bikini picture I posted to my Instagram, the first hateful message I received in response, the first praise.

When it comes to fiction, I rarely know that I’m conducting research until years later. In my personal life, I inhabit topics of deep interest to me. Then, at some point—usually just as that obsession begins to peak, and then wane—I feel compelled to explore its trajectory on the page. That’s what I mean by ‘emotional truth.’ I am emotionally connected to the material, and many of the feelings Anna experiences are ones I, too, have felt. But I’ve fabricated an entire plot, an entire world, and the characters within it.

Megan: The potentially lethal risk of the Aesthetica procedure feels somewhat obscene. Do you remember a moment in your life in which you felt social media carried a dangerous amount of power?

Allie: To me, Aesthetica and its potential complications are hyper-realistic, even if the technology doesn’t yet exist. Obscene, maybe, but real women die from cheapo BBLs in troubling numbers. When it comes to social media, we know the stats. We know that young girls are particularly vulnerable to fabricated images passed off as real—images of ideals no human can live up to. There has never been a time, for me or for anyone I know personally, when social media wielded a dangerous power. But it wasn’t hard for me to imagine what it might feel like if it did. 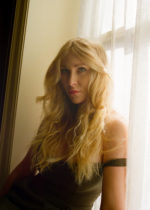 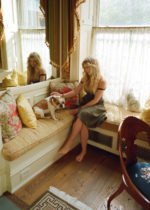 Megan: Do you think that social media is salvageable? Or does it feel as if its harm will progressively outweigh its good?

Allie: I don’t think of social media in terms of salvation. It’s a performance of human nature. It’s neither good nor bad. It just is. When it’s harmful, there’s always a flipside that’s helpful. As with life itself, social media is way too nuanced and rich and complicated to reduce to a good versus bad, salvage versus trash binary.

Megan: And how did you approach developing what that world could look like, a decade into the future? Do you see it as an actual prediction, or more of a cautionary tale?

Allie: I chose to set the timeline of Aesthetica in 2032 because I wanted to keep readers focused on the emotional turns the novel takes, rather than on speculative elements—like whether or not cars will fly, or if we’ll all have chips in our heads. I don’t see the future-tense sections of this novel as cautionary, because they’re not markedly more grim than our present-tense life. They’re predictions, in as much as I predict that, in 10 years, things will be more or less the same as they are now—continuing along a capitalist cycle of elevating old trends every 20 years and keeping consumers striving for what’s just out of reach. Maybe Instagram won’t be the image-based platform of choice in 2032, but something very similar will have taken its place, not unlike the way Instagram took the place of Facebook, and so on.

Megan: There’s an easy external impulse toward judgment around social media. How do you go about complicating a character so deeply invested in it, to that point that the severity of her mother’s illness becomes somewhat clouded by an impulse to post?

Allie: I don’t have a lot of judgment around social media. Same with plastic surgery. I think that comes through in Aesthetica, and it’s an element of the novel I feel particularly proud of—because I find moralizing to be alienating and fundamentally anti-art. Anna’s impulse to post her way through her mother’s illness is believable, not because social media has made her a monster, but because she’s 19. Being 19 and tasked with caretaking is incredibly tough. It made perfect sense to me that she would cope with that situation by escaping into her phone to downplay what’s happening. It’s how a lot of people cope. We’re all complicated that way, and times of grief and trauma are when such complications really show themselves. Anyone who has been around death or serious illness or sudden loss knows that, much of the time, you still eat, you still laugh, you still have sex, go for walks. And all the while, someone you love is dying, or someone you love has just died, or something terrible has happened. Maybe you imagined that you’d be prostrate with grief. But the truth is that, even when grief is all-consuming, you still feel hungry, you still feel horny, you still check your phone, you still post on Instagram.

Megan: Authenticity—especially within the context of social media—is often equated with lack of effort. What does authenticity mean to you?

Allie: Most of the time, effortlessness is an illusion used to sell us the feeling of effortlessness. Like makeup ads: Look how happy this woman is, so beautiful, walking down the street, living her life, hailing a cab, laughing with the man who wants her. This could be you, if you buy the foundation she’s selling. Even when it’s something more mundane, like diapers, the rhetoric is very: Your life is hard, but here’s one product that can make it better. All to say, by curating a veneer of effortlessness, of ‘realness,’ influencers just repackage a tried-and-true marketing technique. For me, the times in my life where something has felt truly effortless—like at an event or competition, or when I’m in the zone with my writing—are because I’ve put in tons of work in, leading up to that moment. That’s what makes life worth living. I have zero interest in pretending I don’t try at things I feel are important. That includes my marriage, my writing, my social media presence. I want people to know I work for—what I value. And sometimes I fail. But I keep going. That’s authenticity to me.

Megan: There are points in the book where your protagonist feels not entirely in control. What does agency mean, to you, within the context of social media?

Allie: Anna lacks agency at times, because she’s young and everything is a first. For her, agency means choice, but choice, in some ways, is an abstraction—because many of the choices before her are choices she’s too young to make with real clarity. She still needs a parent, but instead, she has a manager.

For me, agency looks like self-awareness, and awareness of the broader social and historical context into which my individual choices on social media fit. From there I choose what I choose. But at least I’m doing so with awareness.

Megan: Aesthetica is distinctly modern, but its themes of self-obsession don’t feel entirely unique to our time. Do you see broad-scale cultural desire as an evolving thing, or—despite some differences in the details of how they manifest—always rooted in the same things?

Allie: I don’t think themes of self-obsession or self-objectification are at all unique to our times. I see Aesthetica as a modern take on a classic story. Girl wants to be seen, to be loved unconditionally, as if by a parent she does not have. Girl moves to Hollywood to realize this dream—to make it to the silver screen. Once, the silver screen was a movie screen. Now, it’s a phone. But the longing to be witnessed, to be loved, is timeless and fundamental. 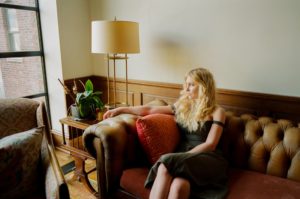 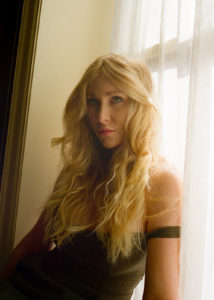 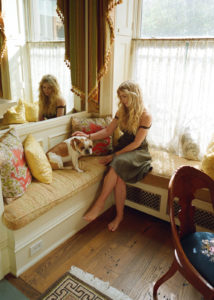 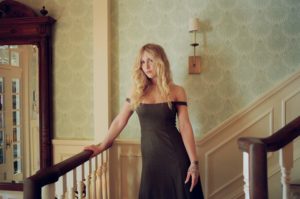