Ahead of her feature film debut in ‘www.RachelOrmont.com,’ the actor reflects on her ascent to stardom

The desire to be liked is a distinctly animal instinct that we pretend to abandon as we progress into adulthood—but it never really dissipates. Chloe Cherry exposed that desire in me, her disinterested pout yanking at my desperate inner teen who never stopped wanting to be cool. That’s why, when we hopped on the phone, I attempted to mask my sickness, which was definitively not hot; my voice lacked the slow, raspy allure of hers, instead sounding nasally and wet. My eyes seemed even more swollen and crusty in the reflection of my laptop beside the perfectly-mascaraed stare of Cherry’s Zoom photo. 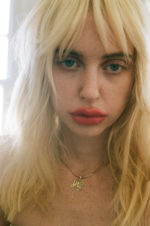 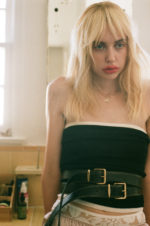 She’s starting to build that versatility, as she’s secured her first movie deal in Peter Vack’s www.RachelOrmont.com, further cementing her dominance in pop culture. The film, which has been described as a “psychedelic technosatire about growing up in captivity,” sees Cherry in a role in near perfect opposition to Faye, a druggy bimbo. In this character, she explains, “I totally have my shit together. I’m a pop star.”

It’s a character that Cherry can easily find common ground with, as she too has an army of devoted fans who live to consume the content she creates. Cherry embodies a modernized American Dream, moving from adult-film star to social media personality to television darling, and now, leading lady. Perhaps what differentiates her most in the era of trauma dumping and mass masking of privilege is her inability to take any responsibility for her successes. “I feel like [my career] did fall in my lap in a weird way. I wasn’t ever really actively pursuing becoming an actress,” she says. 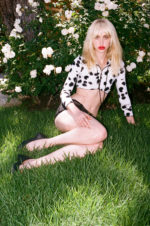 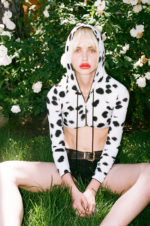 Hoodie and underwear by Priscavera. Shorts and belt by Miu Miu. Shoes by Repetto.

It isn’t that Cherry’s not ambitious—she is. She’s just uninterested in trying to convince the world that she’s earned her place at the top of the totem pole. Maybe ’80s rom-coms had it right; the secret to being cool is not caring. 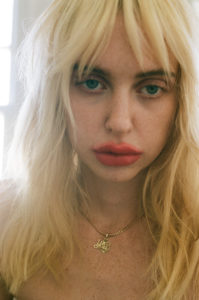 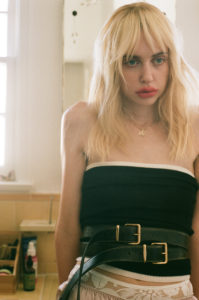 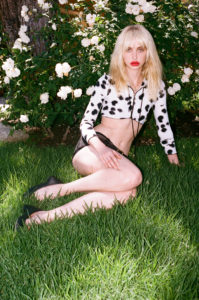 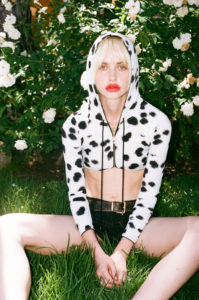