For Document, the designer provides a look into the eerie, ethereal mind behind some of the London Fashion Week’s most captivating looks

Cottagecore, fairycore, witchcore, antique grunge. Whatever the micro-aesthetic of the moment is—whatever it may be named—Dilara Findikoglu can always be counted on for the blueprint, without the kitschy irk. The Turkish-British designer is known for her exquisite Victorian bodices, dramatically layered ruffles, and fully-embellished garments. She’s the Gothic-Renaissance princess we’ve all desperately been waiting for, dressing the hottest it girls from FKA twigs, to Lotta Volkova, to Bella Hadid.

At only 25, Findikoglu founded her namesake label upon graduating from London’s Central Saint Martins. She’d led the school’s guerilla fashion presentation, #encoreCSM, after being banned from its official annual press show. Rebellion is in her blood and embedded in her brand—a value she developed while being raised in Istanbul. When quarantine began, Findikoglu revisited those years, and old feelings of entrapment. The familiar desire to escape became the backbone for her Spring/Summer 2023 collection, Freedom Is a Two Edged Sword, presented last Saturday at London Fashion Week.

At Lancaster Gate’s Averard Hotel, Findikoglu’s non-conforming models held seductive stares and smeared red pouts. They lingered beside the venue’s distressed walls, as if they had just woken up from vampire caskets and found themselves on the runway. Four phases—Tapped Child, Chained Good Girl, The Funeral of Dilara’s Own Past, and Rebirth—were presented in a dead-silent room, apart from the clacks of PVC Pleasers and gasps from the audience. Findikoglu assembled garments with coins, hair, and feathers. Bodies draped in mesh showcased nudity—not inherent to sexiness, through these looks were—as a form of liberation. Clashing materials were donned together, like a cotton tee with a silk nightgown. Mens’ jackets transformed into sleeves that held the models back, hinting at feminist themes that often appear in Findikoglu’s work.

For Document, the designer provides a look into the eerie, ethereal mind behind some of the London Fashion Week’s most captivating looks. 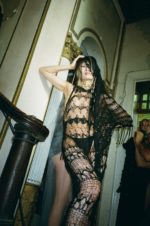 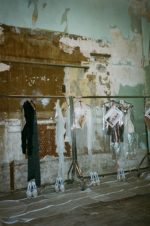 Madison Bulnes: What mythical figure do you resonate with most?

Madison: What is your favorite fairytale?

Dilara: All the tales of Leonora Carrington. I really would love to make a movie based on one of her tales.

Madison: Who were you in a past life?

Dilara: I think I was definitely Queen Elizabeth I. I know it sounds so extra. But I know I was.

Madison: What were the inspirations behind your Spring/Summer 2023 collection?

Dilara: My weird childhood traumas, and the constant feeling of being trapped. I wanted to create a journey to show how I achieved spiritual freedom and accepted my past.

Madison: How did you create the characters who appeared in this collection?

Dilara: Every single one of them came from a situation I was in. For example, the number one look is called Dissolved Doll, which has pieces of a delicate Victorian garment trapped in nude, modern mesh. It [communicates] that pieces of my childhood helped me to become my real self, and even though they’re uncomfortable at times, they make me who I am.

Dilara: Everyone is dressed in Dilara, surrounded by magical architecture, feeling eternal bliss. 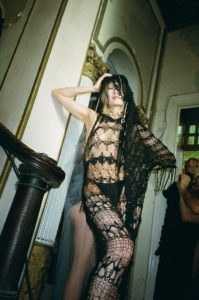 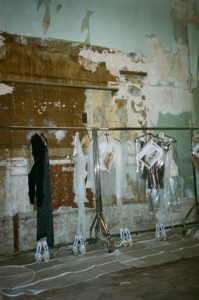 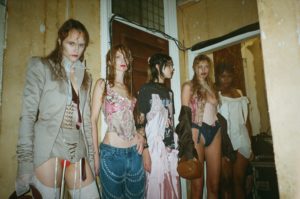 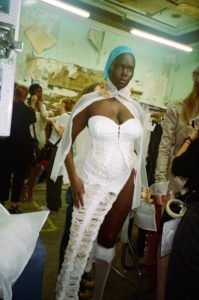 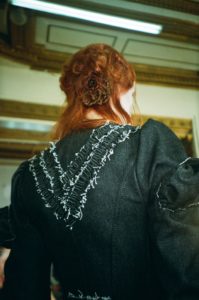 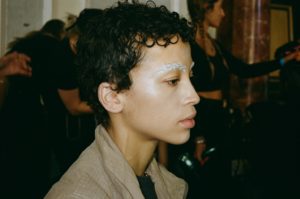 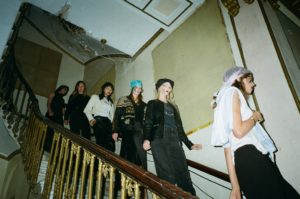 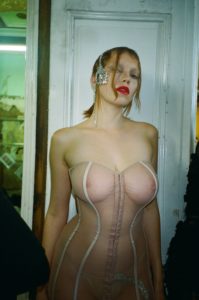 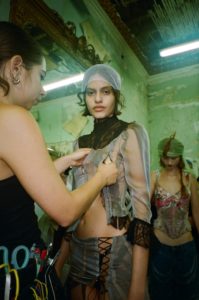 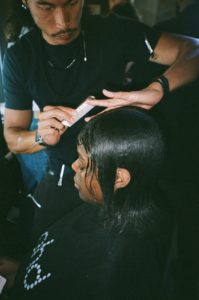 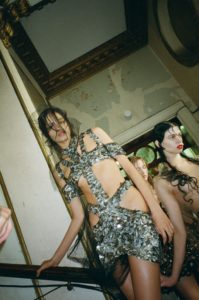 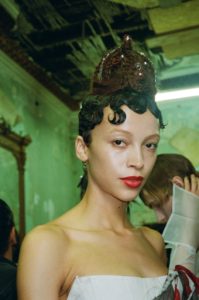 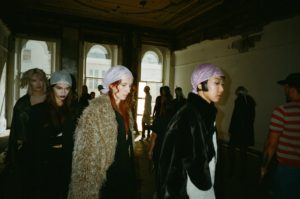