The singer-songwriter on creative autonomy, withholding nothing, and the making of her orchestral EP, ‘Car Therapy Sessions’

“Hold my body / and I’ll forget I hate me,” Faye Webster begs in “Car Therapy,” the only new song among four previous tracks that she’s reimagined and set to a 24-piece orchestral accompaniment on her latest EP, Car Therapy Sessions. The project is sweeping and cinematic, aching for a lover; it’s ultra-saturated with Webster’s vulnerability, and a prime example of how she brings her sprawling references and vast imagination together.

Arranged by producer and composer Trey Pollard, the EP began when Webster first recorded her song “Jonny,” or “Suite: Jonny,” as it appears on Car Therapy Sessions, in London. She remembers, “I was listening to the mixes of ‘Jonny’ right after we recorded it, and thought the song would be so sick with an orchestra.” It’s an idea she’s held onto for a while: “This was four years ago, and at least three times a year I tried to have a conversation with whoever I could to make an orchestral version.”

Softly sung, Webster’s tracks carry with them her signature sense of humor—one that comes from an anxiety-driven longing that doubles down on the over-analytical. On spinning her own work, she says, “The purpose of this project was that it’s so new. Even though these are songs that already exist, this is a completely different experience with them.” All at once, she languishes and soothes, in the sense that it’s nice to hear someone else drowning in a melancholy tale about yearning and desirability. 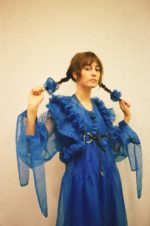 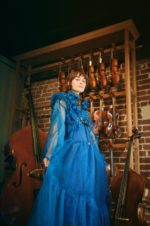 When asked about her writing habits, Webster admits that she doesn’t force herself to make music if she isn’t in the right headspace, never rushing to reinvent herself if the instinct isn’t there. “I have more time off after these tours, so I’m planning to write a lot then. But when I go home, the last thing I want to do is pick up my guitar.” Webster is intentional in withholding little from her audience. “I release everything I write. I literally don’t have spare songs. If I write something, it’s going on my record,” she says laughing. “If I’ve started writing something and I don’t like it, I’m not finishing the song—but I’m reusing the lyrics or ideas for something else later.”

In releasing essentially everything she writes, Webster depends on the influence of her personal life in her work. “I try to keep a healthy balance [between sharing my inner world and privacy]. I love my fans so much, and I respect the way they treat me. I feel supported, which is really what is driving me, truly.”

Listening to Car Therapy Sessions, one might imagine driving down I-85 on a bright day in deep contemplation, the pine trees passing one by one in blurs. And while Webster might long for someone to hold her, she very well holds her own, revealing that if there’s one thing she’s learned, it’s that fighting for the ideas you really care about pays off. “It doesn’t have to be this fantasy,” she affirms. 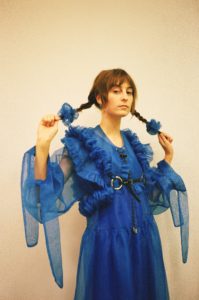 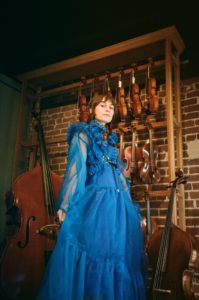