“I think [sexuality is] something that I’ll continue to explore thematically and visually, just because it is a part of who I am,” says Tinashe. In a trailer behind the Brooklyn music festival LadyLand, Tinashe clarifies that when she puts her life on display—whether that be the sexuality that has seeped naturally into her song lyrics, her spirituality, or her relationship with creative process—it’s evidence of the themes she’s constantly exploring internally, not some marketing gimmick. It will be her first time taking the stage at LadyLand tonight, but her second time attending the queer-centered music festival. “I’ve always been a festival girl,” she says in a hushed tone. “Any type of live music, I’m here for it.”

As we chat, nude fishnets and ruffled earth-toned garments dangle behind us, which Tinashe sported later that evening. Minutes before her appearance, the clock struck 12 and the crowd moved towards the main stage to huddle for Tinashe’s performance. Over the course of her genre-bending setlist, she guided us into a portal that existed for one evening alone: complete with projected hazy graphics, intensive choreography, and squeaky-clean harmonies. An attendee, River Moon, shares, “Tinashe is vital for pop music. Despite every roadblock in Tinashe’s career, she always comes out on top.”

The crowd at LadyLand welcomed the singer with open arms as cheers filled the space. The festival, which meets in the center of Brooklyn Mirage every year, was started in 2018 by New York nightlife legend Ladyfag—a rave mom who once drifted through the kinks of nightlife, seeking utopia in queer spaces before choosing to found her own. Now, thousands of people float with her through strobed lights and clouds of smoked air, united in pursuit of love, community, and debauchery.

Underneath the moonlight in a spacious yet intimate venue in Bushwick, the flagrantly queer music festival rose to new heights this year with 21 musicians ranging from mainstream performers to beloved queer icons and underground acts. The event arrived, and as with all things nightlife, swathed in the euphoric excitement of not knowing what’s to come, or where the night might lead you. As the first performer appeared on stage, festival-goers wasted no time easing into the evening, even while the sun was still up. People vogueing, loving loudly, and sporting eccentric looks arose from the outskirts of the venue to meet in the middle of the stage for collective celebration. Underneath the playground of rambunctiousness, the festival is well-known for creating an authentic space for queer self-expression—one that is particularly precious in an era of “rainbow-washing,” hyper-digestible imagery, and performative allyship on the part of corporations. This ethos is exemplified in the festival’s musical line-up, which has long shown a spotlight on the work of trans and queer folks, alongside Black performers and other people of color.

On the night of the event, Document catches up with Tinashe backstage to discuss her performance at LadyLand, finding utopia in queerness, and balancing out the feminine and masculine in her life. 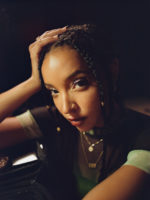 Tiana Randall: For this new era, the imagery you’ve been channeling has such dark feminine energy to it. Can you tell us where that inspiration has come from?

Tinashe: Well, I wanted to show a different side of me than the original version of 333. So the album’s deluxe edition shows a darker side—the juxtaposition between the spiritual [and] enlightened side of me, which is the concept behind 333, and then also, this [side that is] breaking out of the simulation. I wanted to show this darkness that I think is within all of us. So I like to be able to kind of play with both sides of my personality, and I wanted to show that juxtaposition in the imagery.

Tiana: You balance out your feminine and masculine energy in such an electric and nuanced way. In what ways do those separate energies show up—whether it be your music, videos, or performances?

Tinashe: I love to play into both through my performance [and] visuals. I definitely can tap into a more feminine, sexual energy, and I can also be like super tomboy, a little bit more androgynous… I really like to dress that way in my day-to-day life. And so on stage, I think that’s mostly where I embody this ‘sex bot, hyper-femme’ energy. That’s not usually [present in] my day-to-day life, so I like to be able to tap into that when I do a video shoot or a photo shoot.

Tiana: You’ve referenced your bisexuality in songs such as ‘Party Favors.’ Will you honor this duality in more music soon?

Tinashe: Yeah, absolutely. I think [sexuality is] something that I’ll continue to explore thematically and visually, just because it is a part of who I am. And so I always like to keep people on their toes, do something I haven’t done before. And so I think I’ll continue to dive into even more in the future. 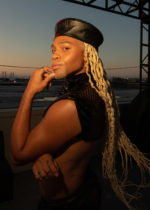 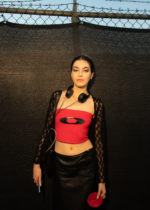 Tiana: What does finding utopia in your femme-hood, and translating it into art, mean to you?

Tinashe: I mean, I think that it feels like a really grounding force for me. I think that that’s a lot of where my creativity comes from, like some type of inner feminine energy—the person that sees the world from a perspective that is a little bit more all-encompassing. I like to get really cerebral, and get really zoomed out [in terms of how I conceptualize] reality or consciousness. This is goes as far back as my Reverie project. Those things really interest me, so I like to be able to incorporate them in my songs, and my art.

Tiana: Where do you find that inspiration, what resources did you draw from?

Tinashe: It’s been a journey for me, in terms of how the things I’m interested in [relate to] how I’ve viewed consciousness, reality, and the different [aspects] I like to play with like spirituality and technology. I think that’s always been an evolution. There are always things that I’m interested, [but] during different eras, different points in my life, I’ve had a slightly different perspective on it. So I keep the themes going, but I just explore them in different ways through my art. And also through research; I’ll become really into one particular aspect of it, like the idea of the simulation. I was really into VR and stuff, maybe two years ago, when I was kind of creating the visuals for 333 originally. So a lot of the videos had that kind of theme to them, and I was just playing with those concepts. So, yeah, it’s interesting how the general awareness, questions, ideas, and concepts that I have kind of just take different niches.

Tiana: It’s so important to be technologically advanced, because the metaverse is going to dictate music and art in the future.

Tiana: LadyLand festival is all about sharing space with your community and creating visibility where it was once lost. Do you remember the first time you felt seen and fully visible?

Tiana: What do you have in store for your set and how do you plan to garner the audience’s full attention?

Tinashe: Tonight, it’s mostly my regular set list, plus some extra fun things just to keep this super special. Like we have a fresh new outfit. We have some extra dancers tonight, so we have six on stage. We have guitars, we have drums. There’s a whole nine people on stage, so it’s a lot of production. We’ve got these crazy screens and super high energy. It’s gonna be a good one.

Tiana: If you could describe your full utopia—somewhere you make the rules, where this is your world—what does it look like? What are the laws? What’s going on?

Tinashe: The rules are, everybody minds their business and helps each other financially, mentally, and emotionally. And creativity is the number one driving force of why we make decisions. Who should be leaders? People with creative ideas and new concepts and fresh new ways to approach things, because we can’t be doing the same thing all the time. The world’s changing and people like doing the same shit. 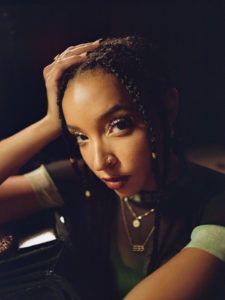 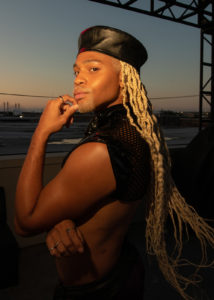 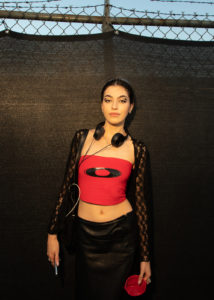 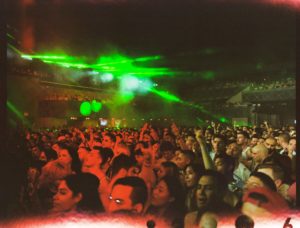 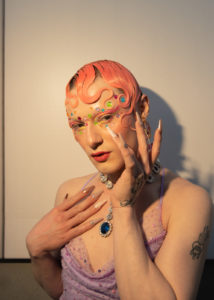 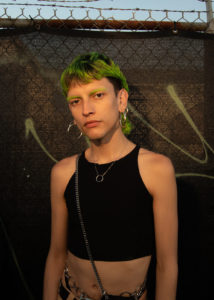