In celebration of the band’s latest album ‘None Of This Matters Now,’ the duo joins the French designer to discuss the impact of Paris in their work

“PARIS IS BETTER THAN NEW YORK!” It’s 9am in New York the folk-rock band Papooz is screaming at me via Zoom from a rehearsal space in Paris. As an American, pride for the place I come from has become a foreign concept, especially in the last few years, and it didn’t take much convincing from the Parisians on my desktop that the French capital is, in fact, the place to be. But that did not deter them from returning to reasons for its superiority.

When we speak, the French duo is readying to leave their beloved city for a global tour on which they plan to spread the gift of Parisian thinking and style to other cities. Aside from acting as disciples of culture, the band also plans to perform music, which is how they met the designer Stéphane Ashpool, who now acts as a friend, mentor, and hype-man of the band. Papooz’s Armand Penicaut and Ulysse Cottin join Ashpool to reflect on the evolution of their relationship, the intersections of fashion and music, and their recently released album None Of This Matters Now, which they recorded live in an old barn in Southwest France. 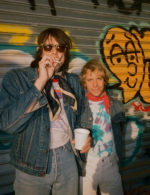 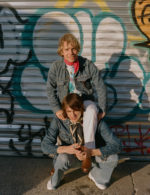 Megan Hullander: How did you all meet?

Armand Penicaut: I met [Stéphane] 10 years ago in a dancing club when he was part of some sort of organization.

Stéphane Ashpool: A crew. We were a crew that was throwing parties.

Armand: And we were playing at the club.

Ulysse Cottin: [After that] I remember Stéphane texted us, ‘I’m renting a house in Ibiza and I want to do music there.’ I think that was the first time we spent time together.

Armand: Stéphane is a kind of a talent scout also, and he likes to give back to the community. So he took all the guys from Paris whose music he liked—even if it was different genres, like a lot of guys doing rap or instrumental music and us doing rock-folk music. And we all went to a house in Ibiza, like, three years ago?

Stéphane: Four years ago. That was me being like, I’m gonna keep trying to find a way to spotlight some of our talents from France, from Paris, and make a bigger wave in order to be seen abroad and in the States. My idea was, let’s join forces and make that wave a tsunami and bring that Paris wave to the globe.

Since then, I saw the guys play at a place next to my house, La Cigale, and I discovered that they are artists onstage too. I think we all embrace Paris, and I see them as the leaders of the other side of the river—because, as you know, Paris is cut in two so you have the north and the south. And since then, I’ve been listening to them a lot and I’m so happy that they showed the new album. How did you guys start doing the recording, [during] COVID?

Armand: We [had planned] a tour in Northern America and it ended in Mexico. And we were really lucky because the flight we booked—we left Mexico City on the sixth of March and confinement started on the seventh. So we were able to go back to France, and we were confined there. I was with my drummer and his girlfriend and my girlfriend in a place in the South of France, near a town called Lavinia near Bordeaux. And Ulysse was in Paris.

“We write songs together separately. It’s like we have a steak and we bring it to the barbecue.”

Stéphane: Did you see each other often?

Ulysse: We would send music back and forth.

Armand: We worked from a distance like that. And then we met right after confinement [ended] in May. We’d been planning to record in an amazing place in the bay area in the Southwest of France. It was, like, a studio a drummer made in a pine forest. And so we recorded there for 10 days.

Stéphane: I have only been to a few recording sessions with different artists, but everyone has a different way of doing it. How do you do it?

Armand: We write songs together separately. It’s like we have a steak and we bring it to the barbecue.

Stéphane: You prepare the steak and then you cook with the musicians. That’s cool.

Ulysse: And that was a live album, so we just showed the songs to the guys and rehearsed them a bit.

Armand: Because it’s really expensive to rent a studio and invent something. Back in the day it was possible because the record labels had so much more money for young artists. But nowadays, you lose a lot of money just being there.

Stéphane: So you prepare things at home and then you join forces. And do you feel the difference between the last album and the previous one?

Ulysse: We kept our musicians, our live musicians, for this album. And also the second album [involved] a lot of figuration—casting musicians, adding stuff after the recording, editing. So we did less [of that] on this one. 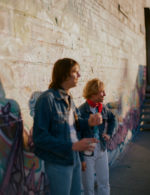 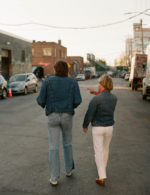 Stéphane: It’s something I feel I also had in my work. Sometimes when you try to do things pretty big—so you involve more money, a bigger location, more people—you can end up having, of course, a hell of a big result. But sometimes it’s just a bit too heavy. And I remember doing the show together. We did a show in a room in Paris which was huge, and I had one day to rehearse everything. I have no clue how I did this. There was a lot of pressure—I love pressure, but I remember myself saying, I’d rather have things that are so strong and small, like a small bakery, instead of having a supermarket kind of production behind it.

Ulysse: We had less things in the studio. So we had less digitizers, less people working on it. So we could focus more on the song and just singing well, the song and the good vibe on it.

Stéphane: But sometimes, you know, it’s the best because the result you create is what the people smell. So you’d rather have something that is not perfect, but made with a lot of heart, instead of adding something that is so short, that loses a little bit of flavor. So the best of both worlds. Making sure you balance between high production and a homemade type of vibe. That’s what we seem to have in common.

Ulysse: That’s why we love each other.

Stéphane: One of the tracks I’ve been sharing a lot and listening to is ‘White Roses.’ What’s this track talking about?

Armand: It’s something I wrote. I was listening to a lot of Americana music, especially the Flying Burrito Brothers, who had an amazing guitar player called Gram Parsons. [He had] a very peculiar story because he was the heir of a very rich oil family in Texas, and he decided to refuse the money and just be a musician. I think he is buried in Joshua Tree.

Stéphane: We should go sometime.

Armand: And he wrote ‘Wild Horses’ with Keith Richards. ‘White Roses’ is just about a guy who stepped into town and sees a girl and he’s shocked by our beauty. And that’s it. It’s a nice, slow type of ballad.

“Paris is such an incredibly beautiful city that I have this feeling that the architecture is, like, judging you in a way, and you have to dress up in a certain way.”

Megan: I was wondering if you could touch on where you see the intersection of fashion and music being, because those are worlds you all live in.

Armand: I think we’re all drawn to an American style perspective, because [our style is informed by] the rock and roll world and Stéphane’s is [by] the sport world, like basketball and rap and hip hop music. But we do it with a French perspective.

Stéphane: I agree. And I’m also gonna say that what links us most is Paris. We live in a hell of a city with a very defined background and state of mind. And we are kind of the sons of this town. We are embracing it by our style, work, silhouettes, music, everything. We do things spontaneously, I don’t feel that the guys are spending too much time dressing in the morning.

Armand: I feel like you kind of dress like the music you love. When you’re a teenager, when you’re like a Strokes fan, you wear converse and a leather jacket. And if that style suits you, you can continue on that journey. If you like hip hop music, and you’re deeply into it, you wear Timberlands or something like that. It’s like you’re dressing in the music in a way.

Stéphane: What also makes things quite rich, living in a city like Paris, is the fact that you can flow. I feel that sometimes I’m a little bit difficult to follow. At night, I end up in a transsexual kind of body. The morning after, I wear feathers. And in the afternoon, I wear basketball shorts. I’m lucky enough to live in Paris, which has allowed me to do this. I’m going to try to push the guys to do this, I want them to cross their world into other worlds that may be less common to them. I think something crazy can come out of them.

Armand: Paris is such an incredibly beautiful city that I have this feeling that the architecture is, like, judging you in a way, and you have to dress up in a certain way. This singer was interviewed once by a journalist and the journalist said, like, ‘Why do you always wear a tuxedo on stage?’ And his response was marvelous: ‘I dress up for my songs, because I have a meeting with my songs. And I need to be super smart and elegant and sharp. Because I need to respect my songs.’ 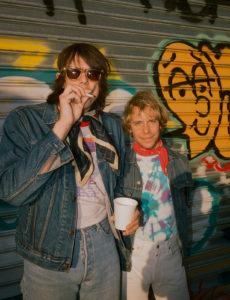 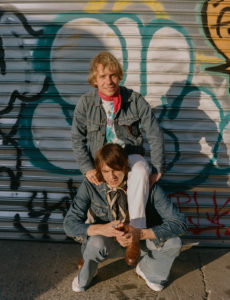 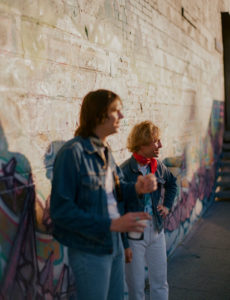 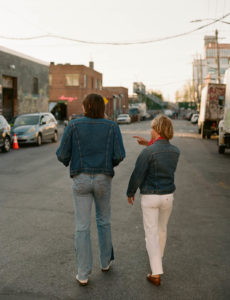