Period tracking apps are marketed as a tool to empower users with information—but with abortion rights under fire, many worry that the data they collect will be a double-edged sword

It’s a sentiment that’s since been echoed by many across social media. Following the leak of the landmark Roe v. Wade Supreme Court vote, privacy has become an increasing concern for reproductive health advocates, who fear that the digital blueprint left behind by online searches, period trackers, and other mobile health apps could be used to punish people who seek access to abortion services in restrictive states. At present, nearly a third of women in the US use period tracker apps, which can function as a useful tool for fertility awareness and pregnancy prevention. But despite the sensitive data they collect, such apps are not bound to patient privacy rules under the Health Insurance Portability and Accountability Act (HIPAA), the 1996 federal law limiting where healthcare providers can share patient information.

If Roe is overturned, abortion rights in at least 13 states would be fully or partly banned. In Texas, the controversial “heartbeat bill” bans abortion after six weeks, which is earlier than most women know they’re pregnant; it also enables private citizens to sue individuals for “aiding and abetting” an abortion, meaning any anti-choice vigilante can take up the cause. It’s not the first time such people have weaponized others’ personal data: In 2016, a CEO who worked with anti-abortion and Christian groups used location services to deploy targeted advertisements to women inside Planned Parenthood abortion clinics, in an attempt to dissuade them from receiving their services. Earlier this week, Vice’s Motherboard reported that a company called SafeGraph sold them data showing where people who visited Planned Parenthood clinics in over 600 locations came from, and where they went afterward—all for the low price of $160.

For those seeking an abortion before the 10-week mark, “self-managed” medical abortion is a viable option—and thanks to Hey Jane, a US telemedicine startup specializing in abortion pills, it’s available at a lower cost than at most brick-and-mortar clinics. But while the internet and the rise of telemedicine have reduced financial barriers and increased access to much-needed services for individuals in rural areas, it’s not without its privacy risks. In the case of period tracking apps, which are notorious for sharing user data, safeguards need to be introduced to protect users before these tools can truly be said to empower them with a better understanding of their bodies—especially in a political climate where the same information used to prevent unwanted pregnancies could be used against them, should they choose to terminate one. 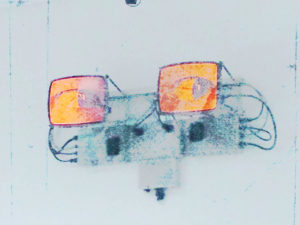