On their latest album, the New York band balances the desire to disconnect with a yearning to be present

The evils of technology are as obvious as the virtues of it—its invisible tentacles seemingly grasp onto every aspect of life and, consequently, our realities become increasingly digitized. Maintaining a hold on what can still be tangibly experienced is central to the lyricism and philosophies of creation for New York’s Sunflower Bean, whose latest album, Headful of Sugar, sees the three-piece collaborating in a very hands-on way.

For Document, the band shares Polaroids from their video shoot of “In Flight,” a uniquely physical representation of the album. The immediacy of the printed photos reflect the balance Sunflower Bean attempts to master in their music—capturing the accuracy of an instant, one that is reflective of the current moment, found through a technology reminiscent of the past, one that serves more intimate human connection rather than hindering it. 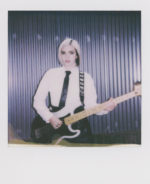 Megan Hullander: This album definitely carries pop sensibilities, and to me, it’s almost as if the aesthetics and the sound of your work is going—not in opposite directions, necessarily—but I see older aesthetic influences, and I hear more contemporary influences, at least in comparison to your earlier releases. Do you feel that those two things are kind of moving apart? How do the aesthetics intertwine with the sound?

Megan: Lyrically, it seems like there’s a sort of rejection of some contemporary technologies or of modern modes of interacting with each other. Did that rejection manifest in the way that this album was created?

Julia: For me, the title, [Headful of Sugar], really encapsulates it. When you think of that word, ‘sugar,’ you’re thinking of the literal sweetness, which refers to the sweeter, poppier elements on the record. And on the other, the other side of sweetness, when you’re consuming that, it’s not nutrients that you’re getting. It’s an immediate experience. And I think that dark side of it was what informed a lot of the things that you’re talking about.

During the pandemic, our world became so small, and our ability to communicate with each other to stay entertained was all involved around tinier and tinier screens and faster and faster forms of entertainment and pleasure. All of them became deeply wrapped up in what we were thinking about. We don’t know where the future of music is even going. In five years, all songs might be 30 seconds. We wanted [the record] to be extremely lean, we cut all the fat and wanted it really just to be power.

Nick Kivlen: I don’t think it’s like a rejection of technology, as much as it’s a reckoning with the place that a lot of us are in our lives right now. We’re pretty alienated from a lot of experiences that past generations have had. All the things that are being marketed and sold to you right now, or to try to make you live less of a life, is basically just like the atomization of American society, where you don’t know your neighbors, you don’t see your friends in person, you don’t even go to the grocery store anymore. Everything is more streamlined towards efficiency. Productivity is like the main focus of a lot of people’s lives.

A lot of the stuff that technology is doing is optimize this further and keep us productive. [But] I’m satisfied by trying to figure out what are the things that make life worth living and things that can really support life, like the relationships you have with other people, your belief in humanity, a shared sense of togetherness.

“You don’t know your neighbors, you don’t see your friends in person, you don’t even go to the grocery store anymore. Everything is more streamlined towards efficiency. Productivity is like the main focus of a lot of people’s lives.”

Megan: Where do you feel that music, and art more generally, fall into that cultural structure, in the sense that it’s something that’s also—to an extent—commodified?

Nick: I don’t know. But I can tell you that this album cycle has been different than every other album cycle we’ve ever done. Just in the last two and a half years the music industry has changed so much, even from when we were releasing our second record in 2018. There’s been such an emphasis put on creating content for technology companies, and playing live and being in person with people has been put on the backburner. I think that the focus really has shifted towards a digital space for music. A lot of artists that are popular now don’t really even have live bands or play shows more based in an online environment. Now, the emphasis of our careers is on how many streams we get, rather than how many tickets we can sell. It’s a lot less of a social thing. You listen to music on your headphones while you work your laptop job rather than going out and going to a concert. It does seem to be following that trend of things being commodified in a way that makes them more and more devoid of a real culture or a real network of people.

Julia: People love music because it’s so direct, it’s an emotional experience. What we’ve always tried to maintain with our careers is that we’re a family. We’re a family project in the way that we care about each other, the way that we’ve run the business, and the way that we made this record. All the stuff that might be different in having to promote it, but the record itself was made in a very real way, with lots of parts that had to happen over time in different studios and with pots and pans and things that we recorded ourselves in our day-to-day life. The record stands as this real thing in a culture [where] that doesn’t always feel like that matters, but it definitely matters to us. Megan: Did the process of collaborating with each other feel different for this record?

Julia: Well, you know, I think we were writing together, like five days a week for most of the pandemic—it was our lifeline. So there was a lot of material to choose from, but when it came to putting the album together, I think we followed a thread, which was this emphasis on a loud, immediate energy. And I think, when it comes to how we work together, we’re kind of like a many-limbed creature. We listen to a lot of stuff together, we go through phases together, but we are very different. So when we’re creating something, we might relate to it in slightly different ways, but we all created it. For me, that just deepens the meaning of it, and I think makes it more special to me. 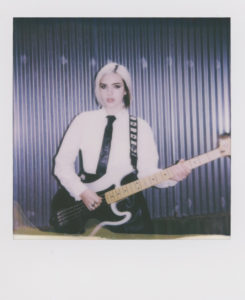 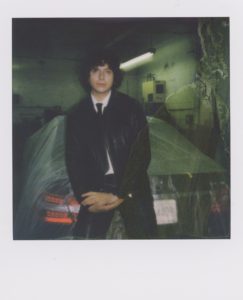 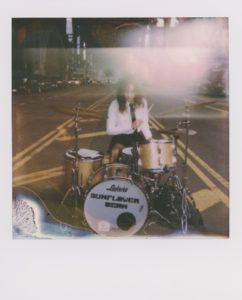