Thriving at the intersection of comedy, art, and theater, the show combats labels, deconstructs gender, and builds community

Hole Pics is not your average drag show, or a drag show at all for that matter. The art performance, which celebrates the love and humor of the queer community, has become the antithesis of that notion concerning unironic “drag” performance overall. That becomes apparent through the signal messaging that took place throughout the show’s live execution. Dialogue surrounding the idea that, “This is not a drag show, this is everything but,” filled the room in a humorous tone in the beginning of the first act. Since 1870, it’s been recorded that any performance of gender within a connotation of humor and presentation is defined as “drag.”

Hole Pics performs as the deconstruction of gender, rather than the playful reconstruction of femininity inherent to drag. The performance that took place at 3 Dollar Bill, Brooklyn’s epicenter for all things queer-collective, positioned itself as a convoluted, intricate, written-yet-unwritten art performance led by and for queer people. 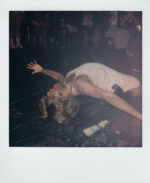 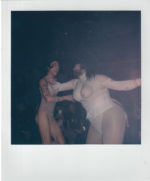 For over three years, Hole Pics has combated the omnipresence of labels and limitations, seeking a multifaceted creative practice that has made the event an exciting and risky pocket in the realm of the art, comedy, and queer scene. Its latest iteration, led by a constantly evolving collective of influential artists within the local community, took place in New York at the end of February. All these disciplines combined to create a marvel of crafty execution, theatricality, and queerness that was previously missing in the Brooklyn queer space. It was this principle deficit that informed its creation by Brooklyn-based creative MTHR TRSA; as she writes on Instagram, “This is one of the only shows in New York that purposefully casts members, peers, and friends of our community to bring us together to celebrate queer performance. THIS IS NOT JUST A DRAG SHOW.”

The resulting performance illustrates the power and beauty of New York’s diverse art scene, taking the form of a restorative, sensationalistic two-part show. An all-enthralling and full-body encapsulating experience, Hole Pics holds a commitment to the multiplicity of its identity with several acts—from lip-synching, to readings, interactive enactments, and spiritual practices—all taking place for viewing pleasure only. The lineup consisted of multihyphenate artists, from Antpuke, Auntie Shai, Brenda Germain, Henry Bae, Paris, Silkworm, MTHR TRSA, and a breakout performance from Crackhead Barney. Known for her viral and outlandish street performances surrounding politics, the chaos she belts across the internet was brought seamlessly to Hole Pics in a biologically exposing and interactive experience. Following her intrusion, Henry Bae tackled a cosmic yet current rendition of a musical performance, following a monologue reading of an emphatic scene from HBO’s Euphoria.

Auntie Shai debuted her first live performance ever at Hole Pics through MTHR TRSA’s persuasion. She joined in at the 3 Dollar Bill’s back entrance at intermission to say, “TRSA’s specifically said, you know, ‘You’re a diva naturally, so why isn’t the spotlight on you?’ So just, like, I might as well take up space and take this chance. And also, it’s Black History Month. I feel like I kind of been under the radar, so I wanted to bring something specific to Hole Pics.” 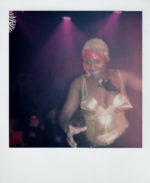 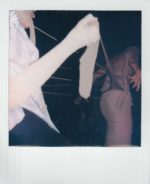 The performance brought to the floor by Shai resonated deeply, while integrating the historical roots of the Black experience in spiritual spaces. The lip-synching and dance arrangement drew from the role Black people have played, and continue to play, within evangelical and Baptist spaces that so often act as performance within the church itself. Through this moving and deeply emotive performance, Auntie Shai explained, “I just grew up around gospel, and I always felt like, even though Christianity is whitewashed and was used as a form of manipulation for Black people, I want to reclaim that as a Black Trans person—a Black Trans woman, specifically.” Shai’s intention with this performance acknowledged the state of oppression that has stemmed from gospel, but used it as a tool to reclaim and redeem that state. It was an interpretation that portrayed the higher power that Trans women hold metaphysically.

This portrayal of Hole Pics, within itself, is a haven and spiritual presence for queer people as long as there is community. Shai ends by expressing, “I genuinely think that, like, we don’t necessarily need organized religion. Queer people create Church everywhere, and wherever there’s many of us is considered church. Whenever you’re in a space, if you’re in a rave, if you’re at a bar, if you’re at a protest—there is a spiritual aspect to it. Where there is a sense of God and community there. Like, I think anything close to Godliness is like love, compassion, and power, and we need that more than ever.” Hole Pics holds that testament of powerful love and compassion, while deconstructing everything you’ve ever heard about queer performance. 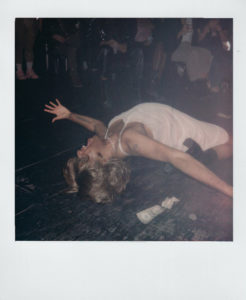 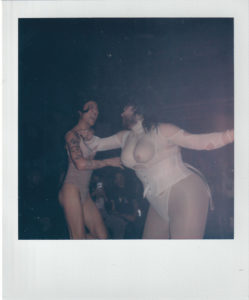 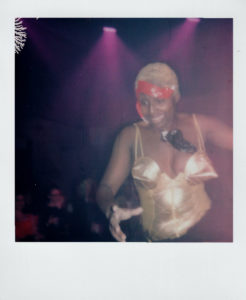 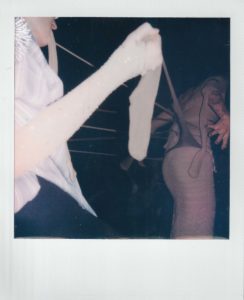