The world famous DJ speaks on his love for Tulum, the future of electronic music, and the process of building his universe

On a mild January night just north of Tulum, thousands of ravers from across the world descended on a Cenote park for a night of dancing and connection. Spanning three stages, the event lineup featured everything from established nightlife acts like Nina Kraviz and Black Coffee to a reunited Nortec Collective. By noon the following day, the party was over, and the venue had returned to its usual purpose as a weekend park for local families. The event, which left no footprint, felt like a distant dream.

DJ Damian Lazarus, who conceived of the event 10 years ago, wanted to subvert the expectations of a classic Tulum party. A sense of spirituality permeates the event. The name, Day Zero, commemorates the end of the Mayan long calendar and was the occasion for the event’s debut in 2012. This feeling is very much the intention of the organizers—Lazarus and his team worked with local Mayan advisors to plan the event from start to finish, in order to maintain a respectful and immersed atmosphere for all involved. After two years of hibernation due to the pandemic, Day Zero returned in a big way.

Shortly before the event, Document editor-in-chief Nick Vogelson caught up with Lazarus to discuss his latest music, the impact of Day Zero, and what’s next for the party as it expands to more destinations. 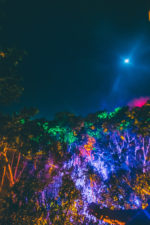 Nick Vogelson: First of all, I want to say congratulations. This is [Day Zero’s] 10th year.

Damian Lazarus: We’re into the 10th year, but it’s not the 10th event. It’s the seventh, I believe.

The first one began to commemorate the end of the Mayan calendar on the 21st of December, 2012. I thought, then, that it was just going to be a one-off event. I was creating a gathering of the best party people to come and celebrate a new beginning, instead of the end of the world. I’ve been coming to this place for 20 years now. For the first eight to 10 of those years, I was very against electronic music coming into this area, because it just felt so natural. If there was one place on earth where we could have some peace and quiet, it should be here.

But then, I could see the place evolving around me. The creation of new bars and restaurants and hotels. You know, when I first came here, there were two hotels on the entire stretch of beach.

Damian: Yeah. To me, it felt like peace on earth—like the most beautiful paradise. I kind of tried to keep it a bit of a secret. There was this hotel that was run by a very famous Austrian fashion model and his wife, who was in fashion as well. They started to invite people like Jade Jagger and Kate Moss. Word was starting to slip out in Vogue and various fashion magazines; the word [spread] that there was something going on in this place to learn.

A few people would come and say, ‘How do you feel about playing a party here?’ I was like, ‘No, no—I want to keep this place kind of quiet.’ [Tulum] was a well kept secret for a while. But [eventually], I just realized, I’m not gonna be able to change the tide on this one. I could just see what was going to happen.

Nick: It seems like the way you’ve approached it has been very respectful to the community—working with the local Mayans.

“To me, it felt like peace on earth—like the most beautiful paradise. I kind of tried to keep it a bit of a secret.”

Damian: That’s the most important thing. I mean, this land is very special. It’s been owned by Mayan people for centuries. [They are] a people who respect nature and the elements. There’s a lot of spirituality here.

My idea for Day Zero was to combine the global community with the traditions, cultures, arts and crafts, stories, and mythologies of the ancient Mayans. [To fuse] that with the best party people from around the world—the most respected people, the most forward-thinking people in electronic music—in a way that we would balance these two things together.

I think my experiences at Burning Man helped shape my ability to foresee how to do that—you know, the ethos behind Burning Man, about leaving no trace and cleaning up after yourself and taking care of people. Just that whole area of respect that people lose when they go to a regular party. I always saw [Day Zero] as a one-off—like an arts and music festival. But it was such an incredible event. We had Massive Attack and Uncle and some of my favorite artists of the time. It was very new, and I felt like we kind of hit on something. I guess I just decided, Well, maybe we should do it again.

Nick: What elements from Tulum have you taken to the festival in Masada?

Damian: The same team, the same passion, the same ethics. The idea is to find other incredible locations, around the world, where we can find that certain energy. Masada is a World Heritage Site. It has a very strong biblical history. I found a very strong sense of being and purpose. So that was the second location; we’re now looking at a third, which will be the first in Europe.

Damian: Thank you. I can’t say too much about it, because we’re just trying to get the final permits over the line. But again, it’s at a very special, sacred location.

Nick: How would you speak to the spiritual aspects of Day Zero, that you won’t find at other festivals or events? And how does that inform your decisions?

Damian: One of the first people I met when I first started coming here is this guy called Carlos the Reindeer, a local shaman. He’s a healer, and he runs a Temescal not far from here, which is a brick hut [kind of like] a sweat lodge, [used for] shamanic rituals. It’s more of a sacred spiritual center.

Nick: Can you speak to that a little bit?

Damian: Carlos and I became very close. We talk a lot about minds and the universe, and the beliefs that have been here. [So in the beginning] I approached him, and I was like, ‘Look, [I want to] put this thing together. But I can only do it with your blessing, and I need you to speak to other people in the community to help support this.’ 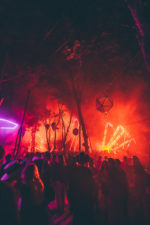 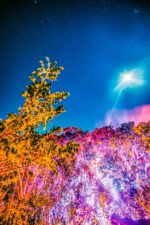 You know, this area is not very easy to deal with: the Mexican cartels, the various issues with who owns the land, and people being thrown out of properties that they thought they owned. It’s complicated. I needed someone by my side that could help me with that.

Carlos went to some of the Mayan elders, and he spoke to the universe. He said, ‘Listen, I think this is a good thing, and I’ll help you with the spiritual side of the event.’ For the last 10 years, he has brought a group of Mayan—I call them performers, but they’re much more than that. This year, we have 30 of them. There’s an opening ceremony where they bless the north, south, east, and west. They ask the Mayan gods for peaceful happenings ahead of us. We ask for protection. They bless the opening of each stage, and do various things throughout the night. They have a fire pit where people can go speak with them, and there’s drummers. It’s pretty special here.

Nick: How have you incorporated local artists and musicians, without saying too much?

Damian: We work with a lot of local people that we’ve met and discovered over the years. I find it very important to include the local community as much as possible, artist-wise. I’ve created a third stage called El Teatro. It’s the only stage named in Spanish, and it’s taken an interesting journey. It started as a chill-out area where I wanted to show some of my favorite trippy movies. Animated films, some Alejandro Jodorowsky films, Alice in Wonderland. We built these crazy wooden structures, where people could relax. It was at the back of the festival, by the tower that oversees the whole thing. I liked it, but I was like, I think I could do more with this. The following year, I found electronic musicians to live soundtrack the films. It became a semi-live show, semi-movie theater.

Damian: Fantasia was definitely there. We served coffee and popcorn. It was comfortable.

Last time, I asked my friend from Mexico City to help me curate only Mexican artists to play on this stage. By the end of it, I popped in there around 5 a.m. on the last edition. To my surprise, because I thought we’d selected really experimental musicians, all the furniture had been moved to the side, and the place was rocking.

Nick: You weren’t expecting that?

Damian: People were just loving it so much. I was like, Okay, let’s rethink this for next year. So now I’ve renamed it El Teatro. It keeps the theater vibe. I did a deep dive into finding some interesting things, like old theater designs, plus new ones to try, and found something that I thought would work. So that’s what we’ve got today. I think you’re going to be quite blown away by what you see. I’ve opened it up—we’ve made it bigger. Now, it’s now a proper, full on third stage. We have one of the most important and successful electronic acts in Mexico, Nortek, playing tonight.

Nick: I can’t wait to see. Thank you so much for your time, it really means so much to me.

Damian: There’s a lot of love that goes into this, so I’ll read you something just before you leave. Somebody wrote this to me yesterday, a random person on Instagram.

She said, ‘Damian, I wanted to thank you for making Day Zero happen this year. I was on the brink of suicide back in 2019 when my husband and son passed in a car accident from a drunk driver. I found Day Zero, and it’s made a huge impact on my life. It gave me something to look forward to. All of the good vibes, the music, really saved me. I feel so blessed to be alive today… I appreciate the love you facilitate and give. I cannot wait for the sunrise on Tuesday.’ 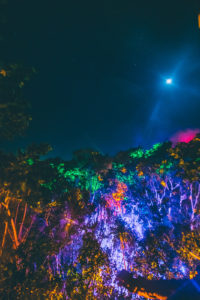 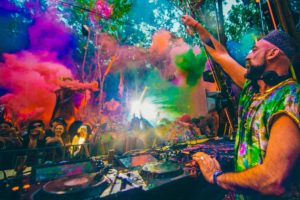 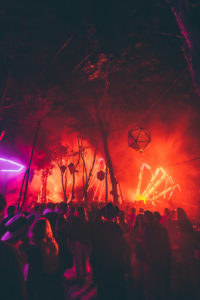 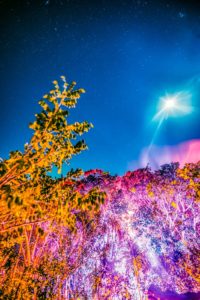 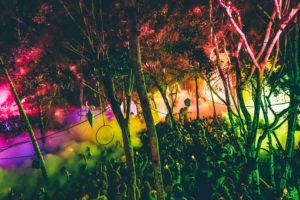 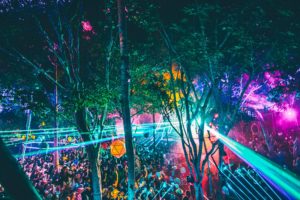 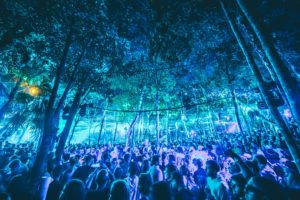 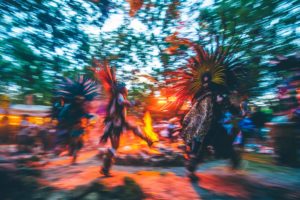