In the midst of uncertainty, Porches taps into his impulses

For his new album All Day Gentle Hold !, the artist finds freedom in lyrical streams of consciousness

“I feel like the best stuff is a blackout, and I’m just saying words,” says musician Aaron Maine, aka Porches, describing the creative process behind his latest album All Day Gentle Hold ! “Screaming them into the microphone and not thinking about what I’m saying next. I tried to just capture that weird manic inspiration, where you don’t know where it’s coming from and it doesn’t matter. You just believe in it, in a way.” Maine could do this 20 or more times, allowing his most visceral feelings to pour out before refining them into a fully formed song—and the result pays off. All Day Gentle Hold ! finds the artist at his most driven, energetic, and instinctual.

Before he could get to that headspace, Maine was grappling with uncertainty and self-reflection. Having released his previous album, Ricky Music, just as the pandemic began, he found himself unable to tour in support of it—disconnected from the experience of performing his music to fans.

“What would happen if there was no record label, no booking agent, no management?” Maine asked himself. “I was sort of sitting there like, ‘Why do I make music?’” It was only in searching for an answer that he found what would eventually drive the album: joy. “It was just reassuring that—even [while] fearing that all of that stuff would disappear, my career would disappear—I still wanted to sit down, and still found joy in making music, and recording it, and singing.” Maine suddenly found himself making music with the zeal of a teenager. “I think that’s a really special place for these songs to come from. You’re always trying to get back to that headspace, making stuff for the pure sake of making stuff. The joy that you feel there is the most contagious.” 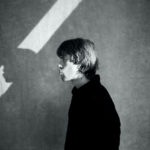 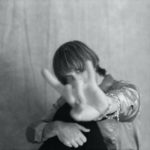 “You’re always trying to get back to that headspace, making stuff for the pure sake of making stuff. The joy that you feel there is the most contagious.”

In attempting to capture that feeling, Maine only had to look towards his younger self. He thought back to when he first discovered bands like the Pixies, Nirvana, the Ramones—bands who also created music with urgency and vigor—as well as the pop-punk omnipresent in his adolescence. “While I was making this record, I was like, ‘Why would I do anything other than what feels most comfortable, and reference things no matter how passé or cliché or out of style they are?’ It all felt really familiar and really peaceful.”

All Day Gentle Hold ! is a return to that comfort, with catchy hooks and lyrics that feel like they were made to sing along with. “I was fantasizing about if we ever got to play a show again,” Maine explains. “What would be the most special song to sing live, and the craziest guitar part to turn up all the way?” Smooth, synth-driven tracks like “Lately” and “Back3School” feel like quintessential Porches, while “Swarovski” and “Comedown Song (Gunk)” add a little crunch, taking cues from ‘90s indie rock sounds. Clocking in at 25 minutes, All Day Gentle Hold ! never loses its bounce, cutting out the fat in order to keep a lively pace throughout. “If it wasn’t fun to sing, or if it was clunky or difficult, or it wasn’t in my range, it just wasn’t right. I really just tried to find that sweet spot, where it feels natural and exciting. I wanted to give [listeners] this super warm experience; [the album] doesn’t require that much patience.” 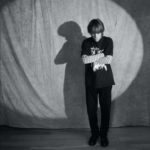 Lyrically, Maine wrote almost in a stream of consciousness, sometimes freestyling over a song again and again, taking bits and pieces from each attempt until the words sounded right. Unlike previous albums, he sought to capture moods rather than reflect literal experiences, describing his lyrics as “a collection of guttural emotions that aren’t attached to anything too specific.” On “Watergetsinside,” for instance, Maine tapped into a particular feeling of uncertainty. He sings, “Ate it all up, wanna find the proof / Big brain dripping sitting up on the roof / There was really nothing else that we could do.”

“I feel like you get the idea that it’s kind of a menacing, scary song, where it’s something seeping through the cracks,” Maine explains. “Something being where it’s not supposed to be.” Such feelings are dispersed throughout the album, and while they may create ambiguity for those attempting to decipher lyrics, the “confused but alive” sensation Maine hones in on is tangible throughout. “It’s always been sort of a regurgitation of what my experience of the world is, and during that period of time it was about being human in the vaguest sense—feeling like a sponge at the mercy of the world.”

The immediacy of All Day Gentle Hold ! is an accurate reflection of Maine’s approach to life. He absorbs and releases the feelings all around him with spontaneity. “I don’t really travel outside of touring,” he admits. “I don’t go on vacation. I don’t do much but hang out with my friends in the neighborhood and record music—some other things here and there. I feel like I shape my life in a way where I’m available to capture these moments if I’m struck.”

In doing so, Maine can tap into emotional depths, and come out with something as effervescent as All Day Gentle Hold ! He requires nothing more than his impulses to guide his sound. “Some people have a greater scheme, and plan out their records,” Maine considers, “but this spontaneity is what my art is about. It’s what my life is about, so I’ve sort of been at the whim of whatever seems like a good idea to do next.” 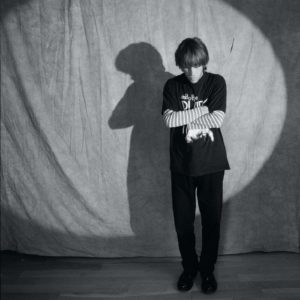 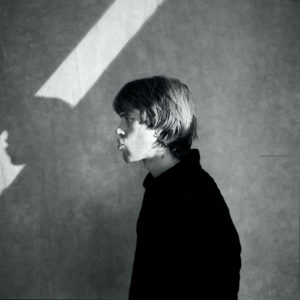 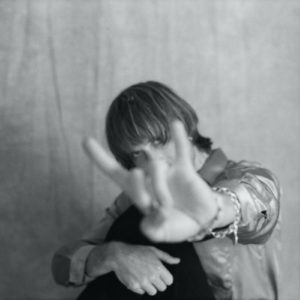 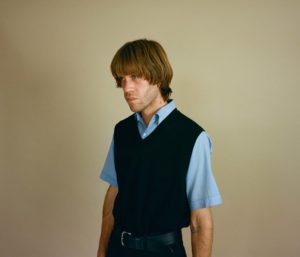 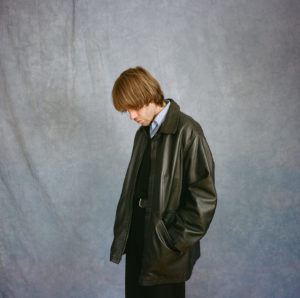