If the last nine years of collections under creative director Olivier Rousteing left any seeds of doubt as to his genius, his tenth surely squashed them. When he assumed his role at Balmain at just 25 years old, his youth was, expectedly, perceived as a hindrance. Over the course of the last decade, Rousteing has turned those expectations on their head, milking his youth as a source of bold experimentation and cultural aptitude. “The Balmain Army has always had its ranks filled by passionate rebelles who are stubborn troublemakers,” he insists. “They’re most comfortable when they are pushing forward and nobody can stop them when they feel the need to push back.”

Balmain’s Spring/Summer 2022 collection reflects the intersections of that spirit; it is the culmination of personal experience, social reckonings, and hyper-modern technique. At the time of his accession, Rousteing was the only Black designer leading a heritage couture house. A genuine sense of responsibility for showing younger generations what’s possible has existed in his shows long before inclusivity was dominating the mission statements and press releases of competing houses.

Dresses dangle with straps and weaves appear in multitudes, all marks of the time Rousteing spent in hospital for burns. The models wear ring sets that replicate those Rousteing used to hide his own scars. The hospital tropes are handled with delicacy, paired with the famed artisanship of Balmain and its ateliers. Sharp cuts, precise tailoring, and artisan metal weaving bring an air of sophistication to the collection. The collection is uniquely sensual, with carefully exposed skin in backless menswear cuts and hips peeking from the corners of slim-fitting dresses.

Reflecting on the last decade of his work, Rousteing had us even more excited for the decade to follow; “I pledge to continue to push for more inclusion, more democracy and more openness,” he says. “Here’s to the next decade of sharing our joy-filled signature mix of fashion and music with more and more of those who wish to enter into the Balmain universe.” 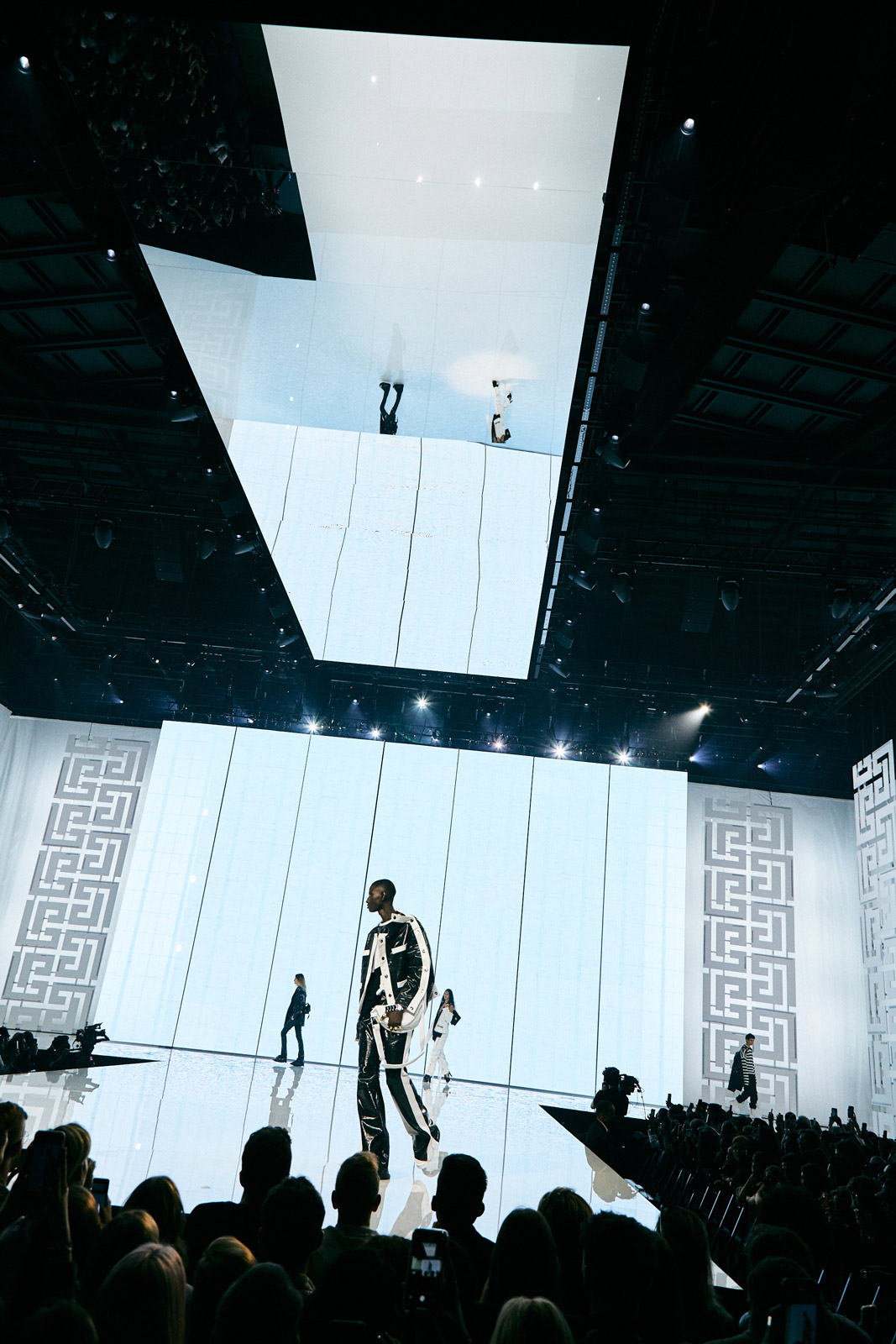 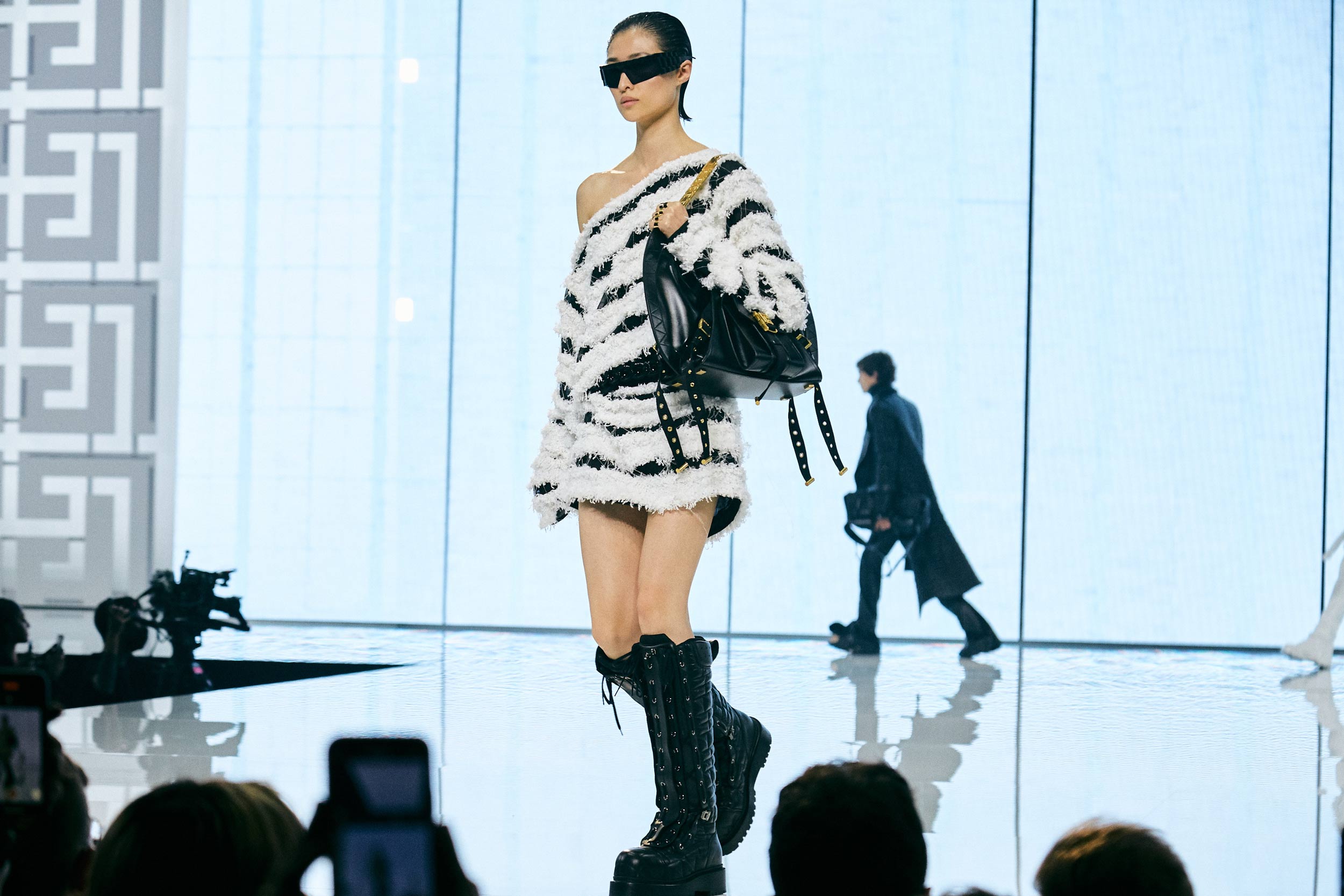 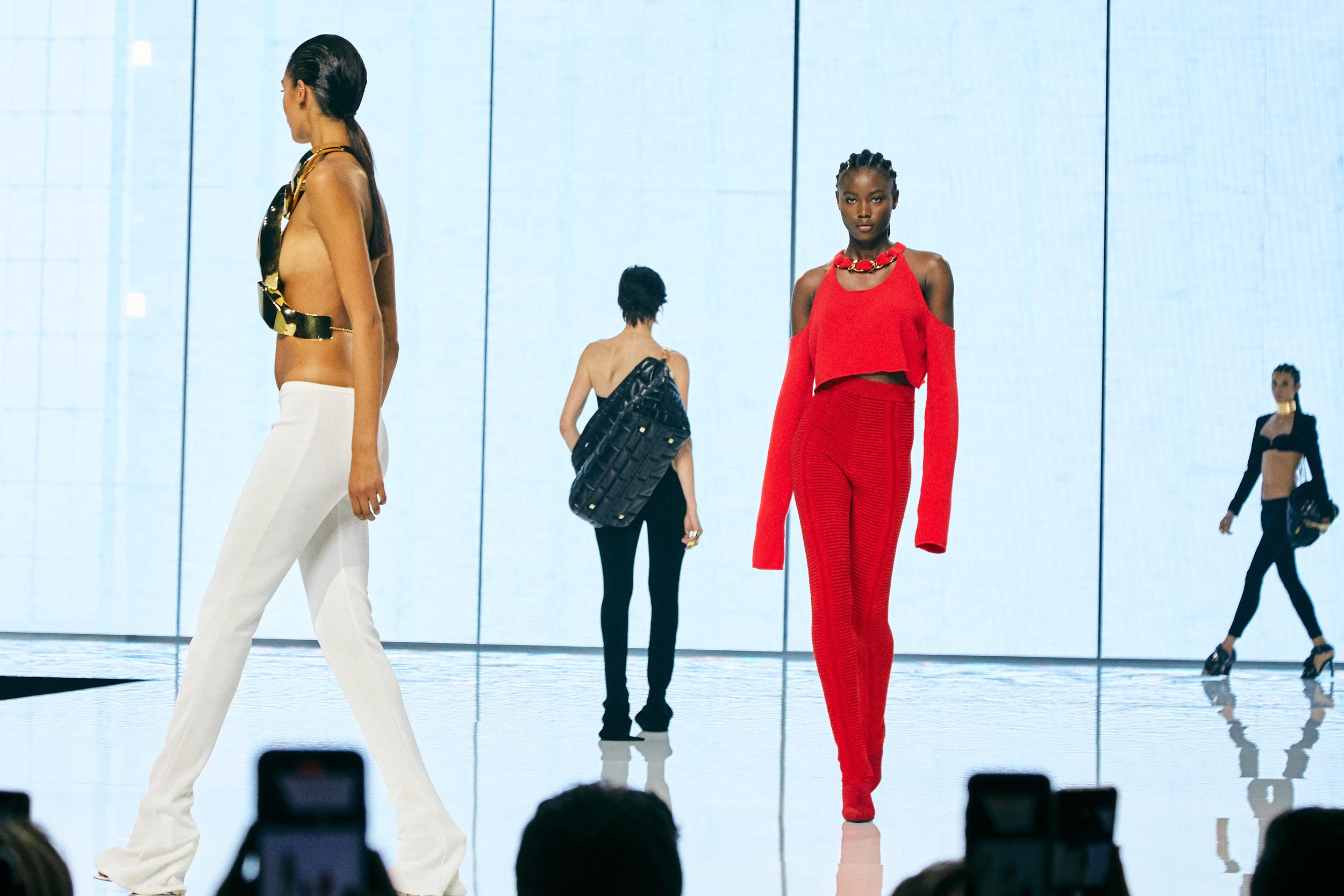 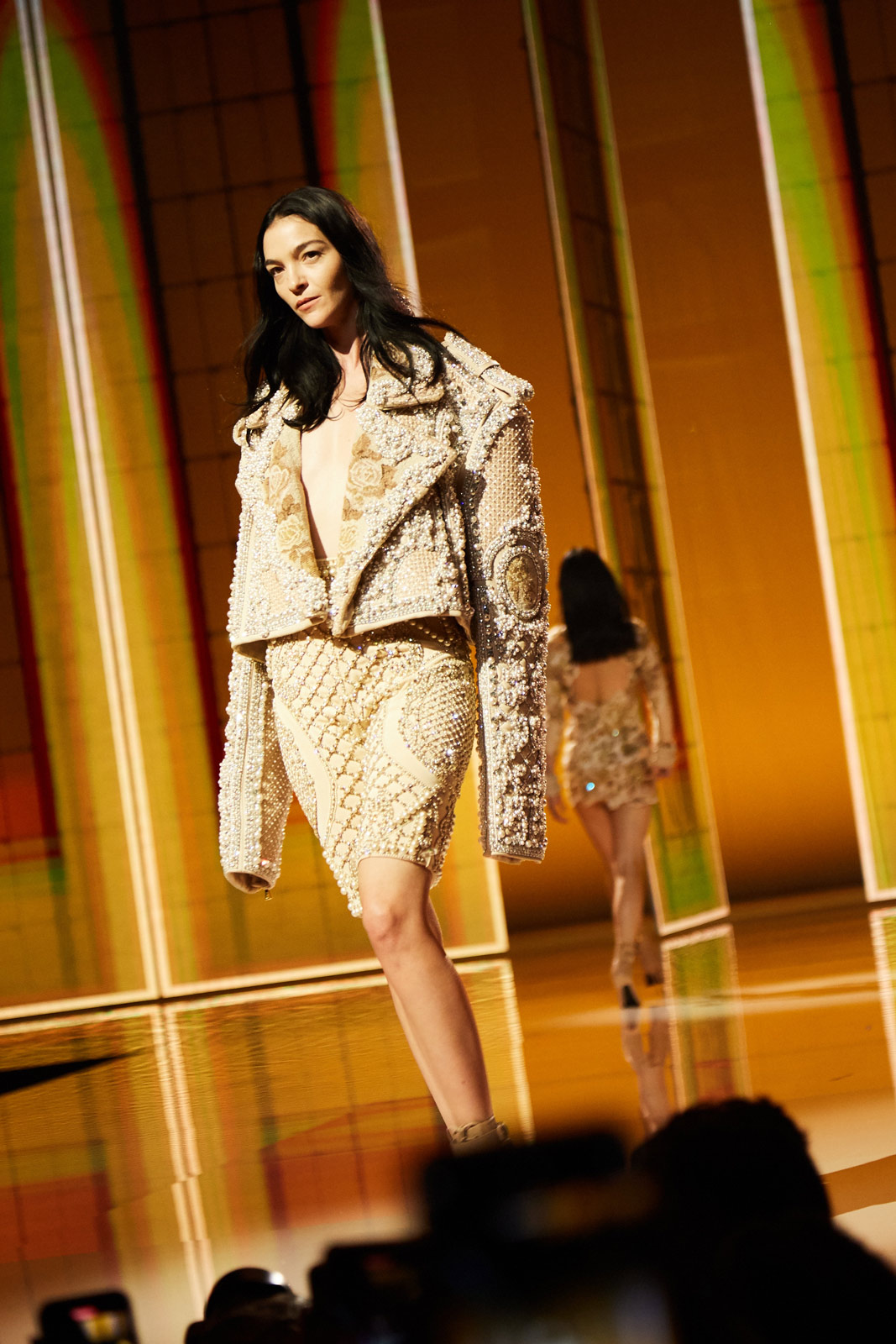 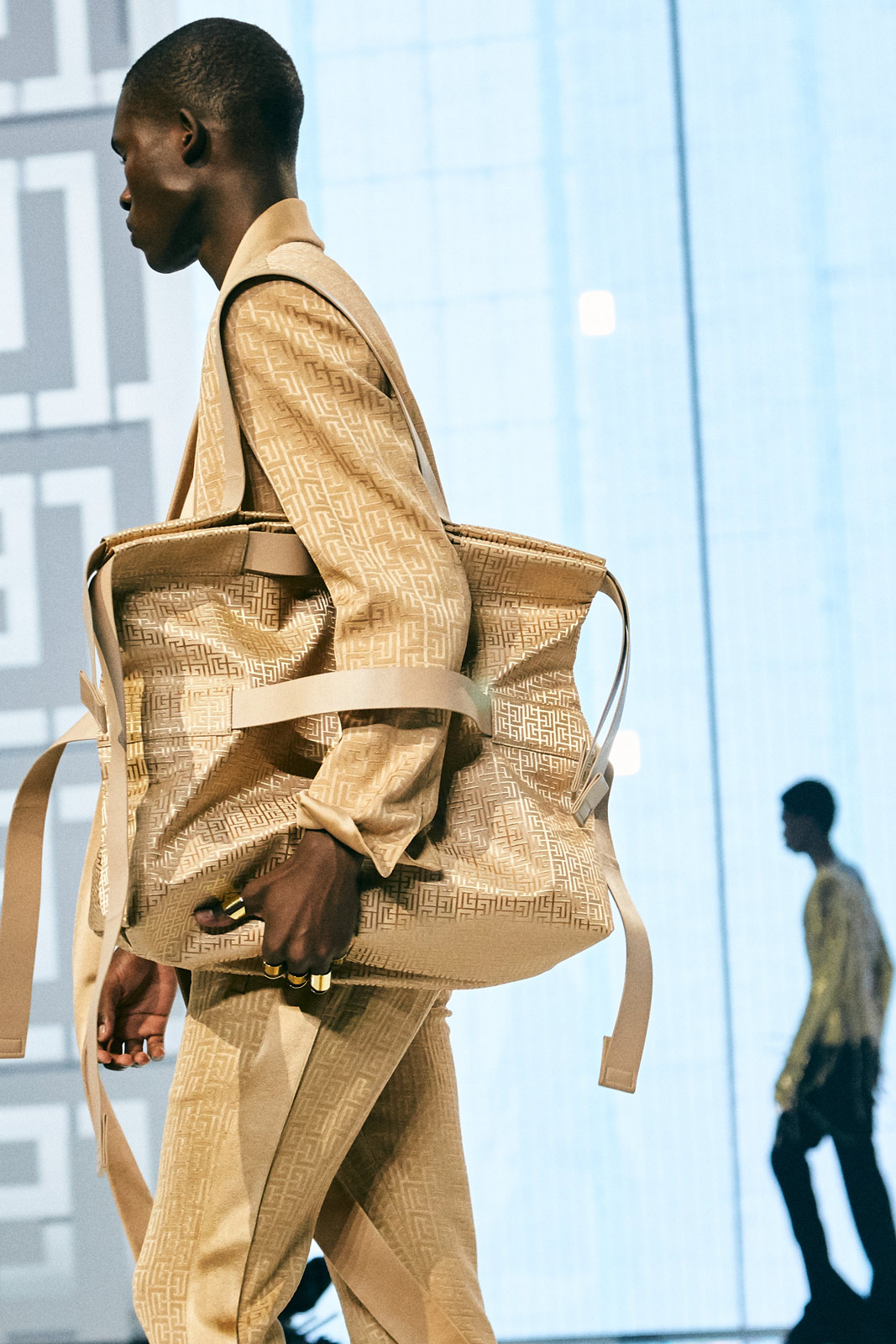 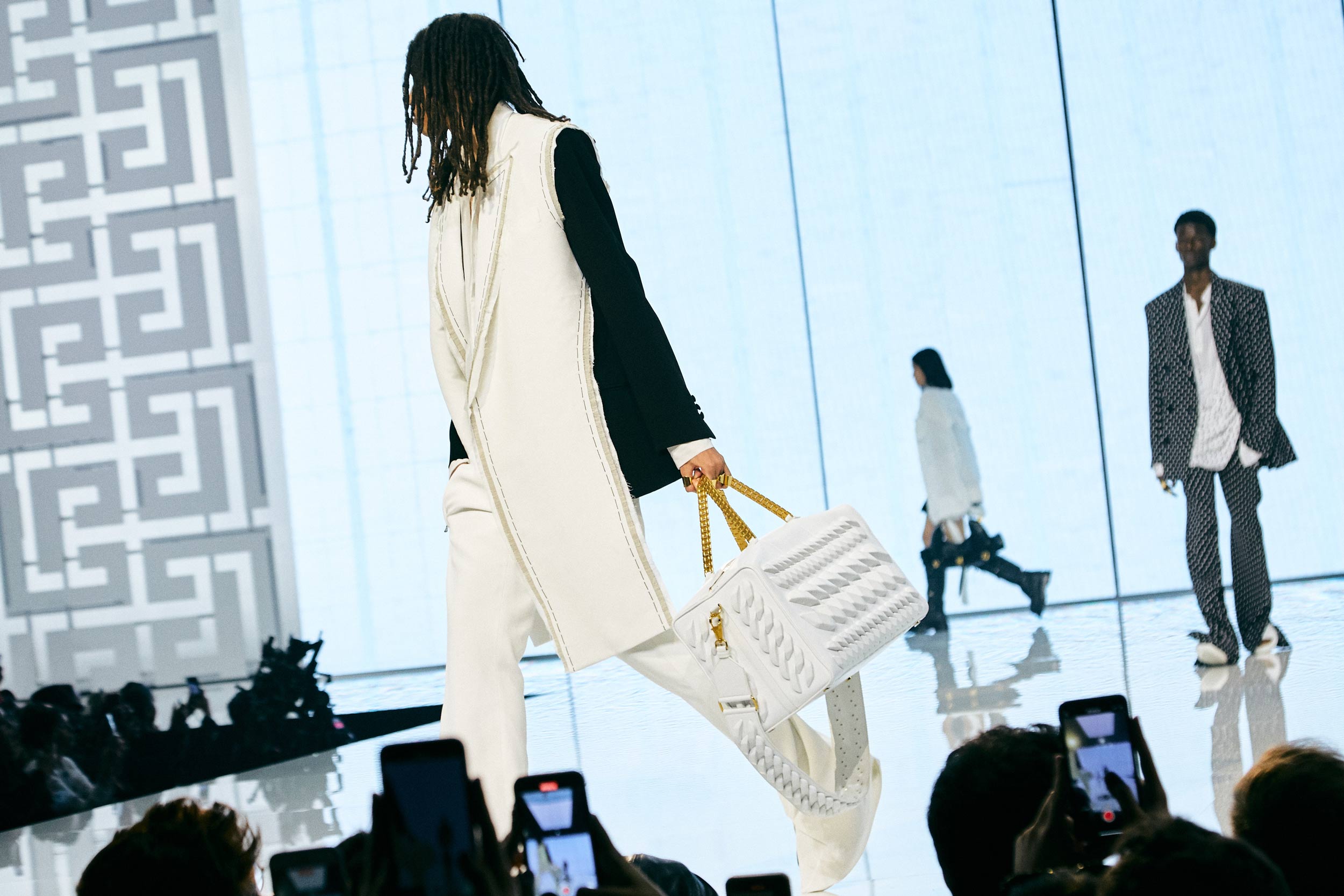