Each day I receive about 50 emails which suggest I check out a new artist, album, or single. I do my best to follow the suggestion, though it’s hard to hold on to everything, to truly engage and get excited amidst the sheer amount of content. But with Paris Texas, I held on. The email came with an oddly ambiguous press release, lacking in a traditional bio, leaving the cinematic aesthetics in their cover art and an accompanying short film to shoulder the narrative responsibility. Then came the work itself. These two young men, coming out of Compton and South Central respectively, had created a sound which, for a second, paralyzed me. Just when I thought, as I often do—to a fault—that culture had met the end of uniqueness, driven by derivatives, Paris Texas proved me wrong.

Ever humble and challenging, as I quickly learned Louie Pastel and Felix—the pseudonyms the group’s two members go by—to be, they politely suggested maybe I just didn’t know enough about music to claim their work to be so absolutely “different.” But I stand by my initial reaction. After months of trying to connect with them, at long last, I was standing ankle-deep in the Los Angeles River—which I do not recommend—interviewing the two collaborators, who have known each other since high school, and who made the experience worth the threat of tetanus.

Louie Pastel and Felix were full of inside jokes, playful, and open—unexpectedly so, given the eerie depth of the music they’ve released, as well as their decision to use enigmatic pseudonyms. But over the hours we talked, the poetic, emotional essence of their work surfaced, just as it does with certainty in BOY ANONYMOUS, their first full-length project to be released, though they reject the terms “album” and “EP,” stating that BOY ANONYMOUS is merely “practice.” This patient self-awareness and authenticity has allowed Paris Texas to be seen and succeed in an overcrowded industry.

Louie Pastel and Felix join Document to discuss their first AIM screen names, Tumblr phases, growing up and into themselves, and always staying hungry.

‘BOY ANONYMOUS’ is available for streaming May 14.

Anna Zanes: How did you meet? High school, right?

Louie Pastel: It was [through] one of our mutual friends—he was just like, ‘Yeah, dude, I know this guy who makes beats. He’s in my class.’ Because he knew I rapped, but I wasn’t telling people I rap. I was like, ‘All right.’ So he introduced us…we were chilling, but it wasn’t love at first sight. [Both laugh]

Anna: I get it—with a lot of my best friends, it wasn’t like that either. So, how did you guys end up starting to make music together?

Felix: It was a time when we were getting more into knowing about music. I was onto hip hop early, and [Louie] was introduced to hip hop later. But we had a mutual artist that we liked, Robb Bank$. Which is so funny. This is, like, Tumblr era though, you know what I’m saying?

Felix: It’s that realm. We got to a point where I was writing a little bit, but not that much. I just understood writing. [Louie] was like, ‘We should just do something. I’m making beats, but I’m also writing, you’re writing, let’s just work together because we’re both not at the place we want to be at, so let’s just do it.’ The original idea was to make the songs together, or do whatever together, get good, and then go through our own journeys, you know? Just kind of do? 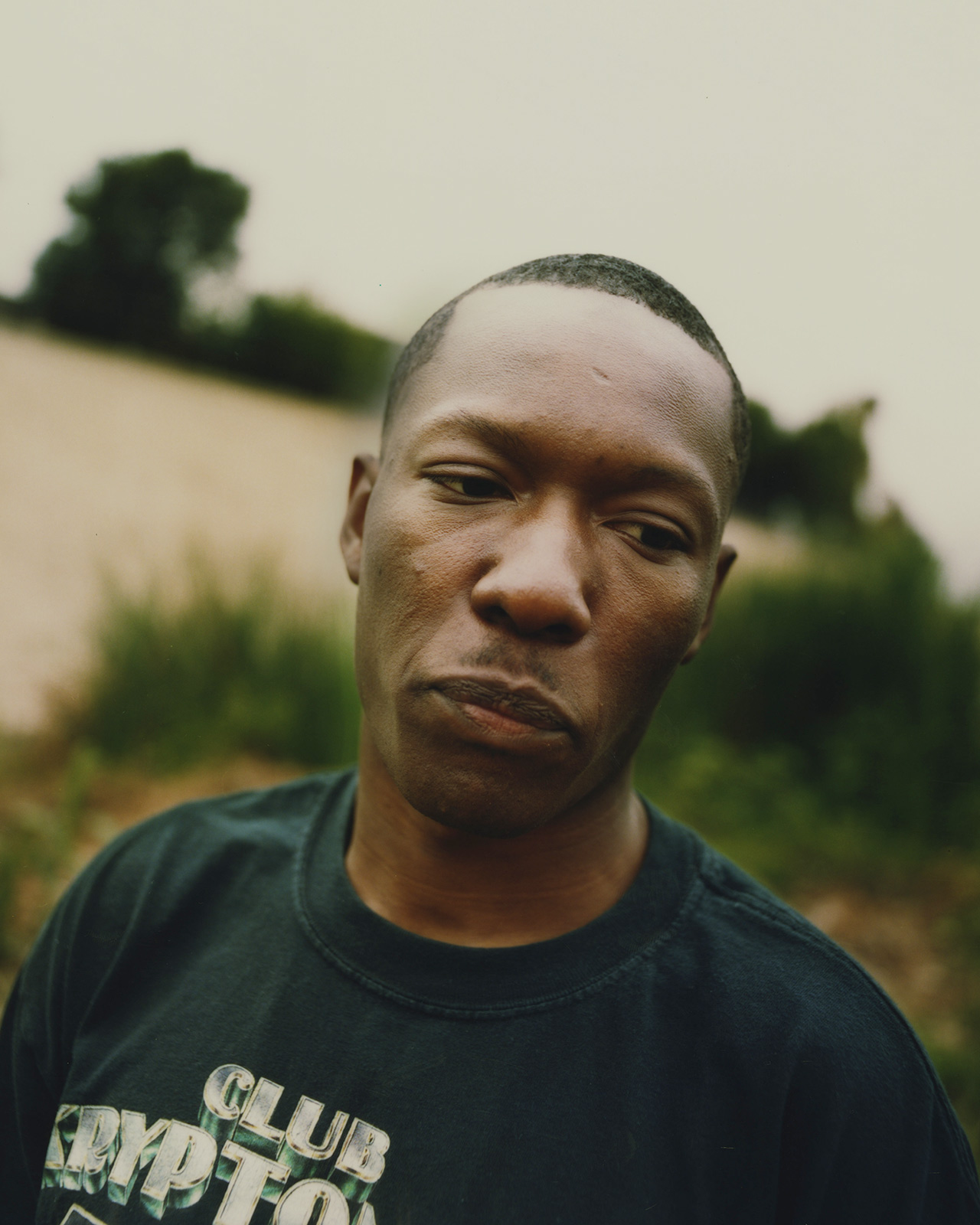 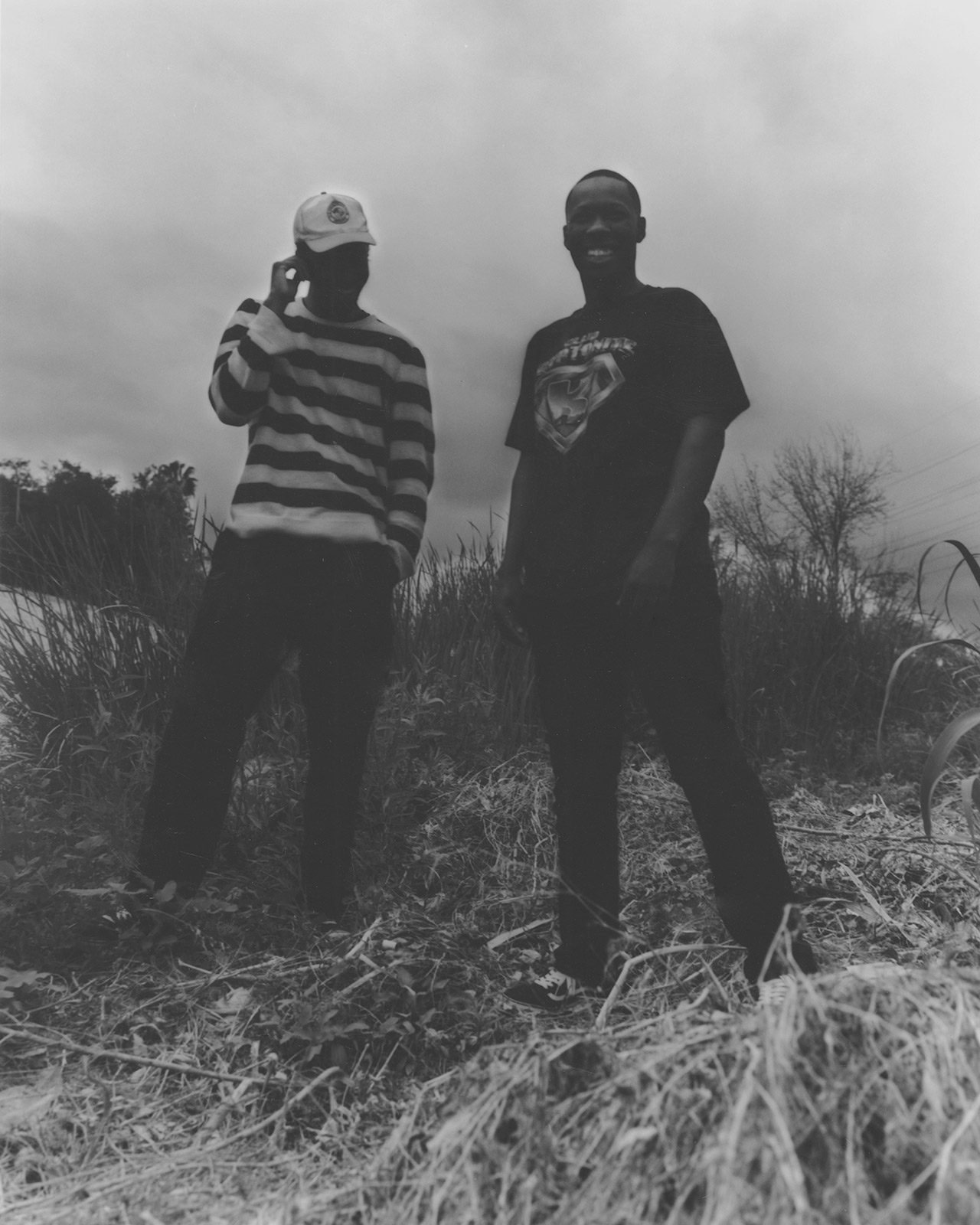 Anna: You guys were young when you started doing all of this, too. You kind of grew up as you were making music. Do you remember the moment where you realized you wanted to make music, or what did it for you?

Louie Pastel: I don’t know. I always pictured I’d do something creative, because when I was a kid, first it was drawing, and then when I was eight or nine, I really wanted to be an actor. Then in high school, I got a guitar for my birthday, and I just liked doing it. I wasn’t thinking, “I am going to be a musician,” I never thought that I’d be doing rap, though, for sure.

Anna: Was there an artist, maybe not even a musician, that you idolized?

Louie Pastel: I don’t know. At the point in time that I started making music for real, it suddenly felt like there was more competition, people were just getting bigger. It was like, ‘This [person] is no longer an idol, it’s just something I’m competing against. No matter how big they were, I’m thinking, ‘They’re just fucking my whole shit. I need to go back to the drawing board.’

Anna: I feel like that’s like a recipe for success, rather than, ‘I want to be this person,’ thinking, ‘They exist, how can I do better?’ Also, ‘How can I be different?’ Because the thing that I like about what you guys do is it’s truly different. I haven’t heard anything like it. And, I mean, with everything out there, I get bored fast.

Louie Pastel: We hear that a lot. And it’s so weird how not different [our music] was for us, because we didn’t think about it.

Felix: The spirit of it, for sure, but I was thinking locally. I wasn’t even thinking about the world, I was focused in my city, where no one was doing it.

Louie Pastel: I remember [Felix] told me a long time ago— he’s my old fucking coach, sometimes—’You know man, no matter what, we got this.’ They would book us together, but for a long time we weren’t ever a group, until maybe four years ago when we decided to do songs together. But he just knew. It was different, but maybe someone who likes music as much as I do wouldn’t see us as all that different. Sometimes I’m afraid of certain people hearing it and saying, ‘I know exactly what that is.’

Felix: I think as a musician, you get typecast. And I’m like, ‘Oh, sure, let’s see what my typecast is.’ I’m just curious, it’s funny.

Anna: Does that have to do with you guys posting on IG about rejecting the genre concept? Where you said, ‘people are trying to put us in a genre, so we just kind of do whatever we want’?

Louie Pastel: So, when I posted that little message, the response was, ‘Yeah, that’s right, genre-less.’ But we’re definitely not genre-less. That was not the idea. 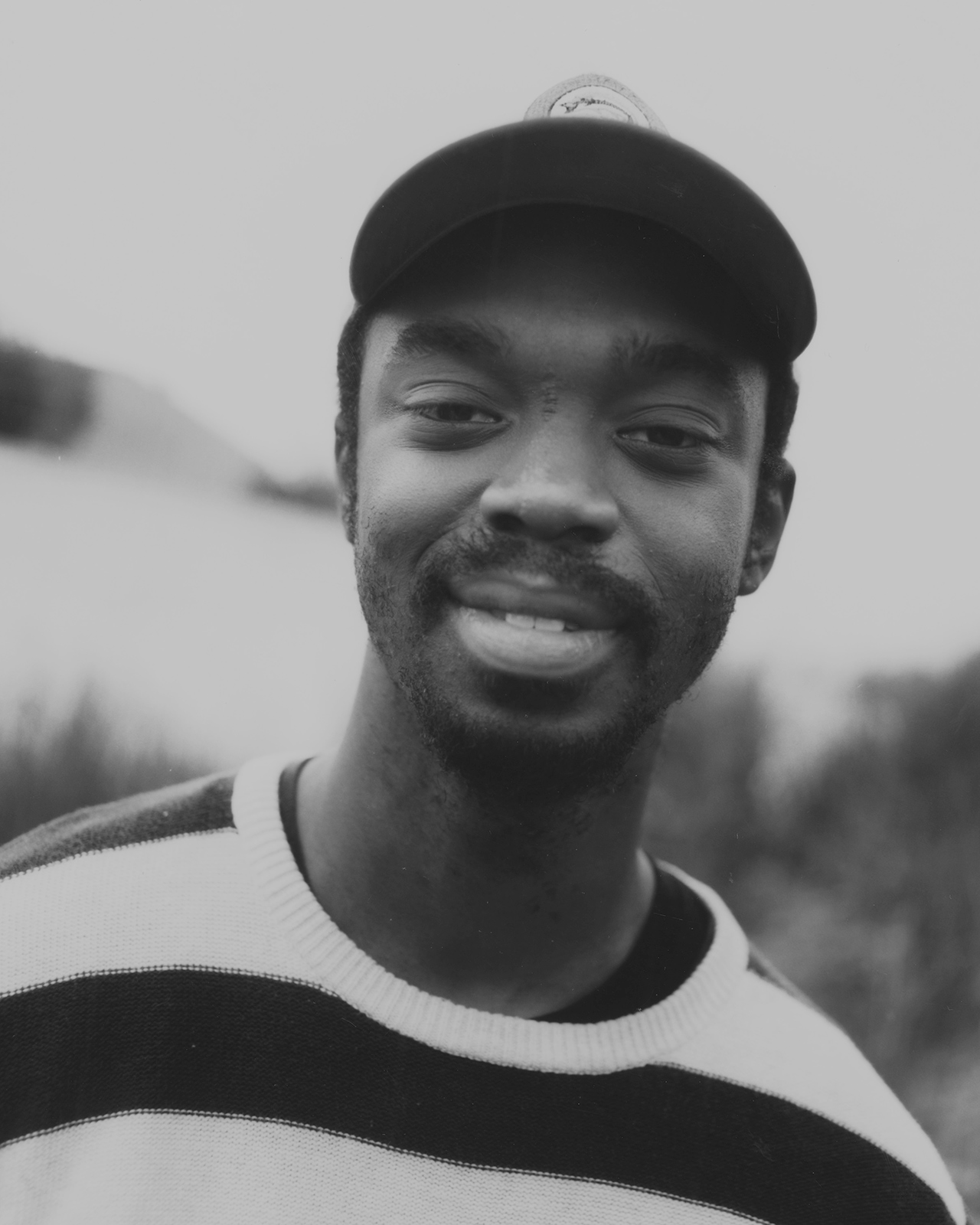 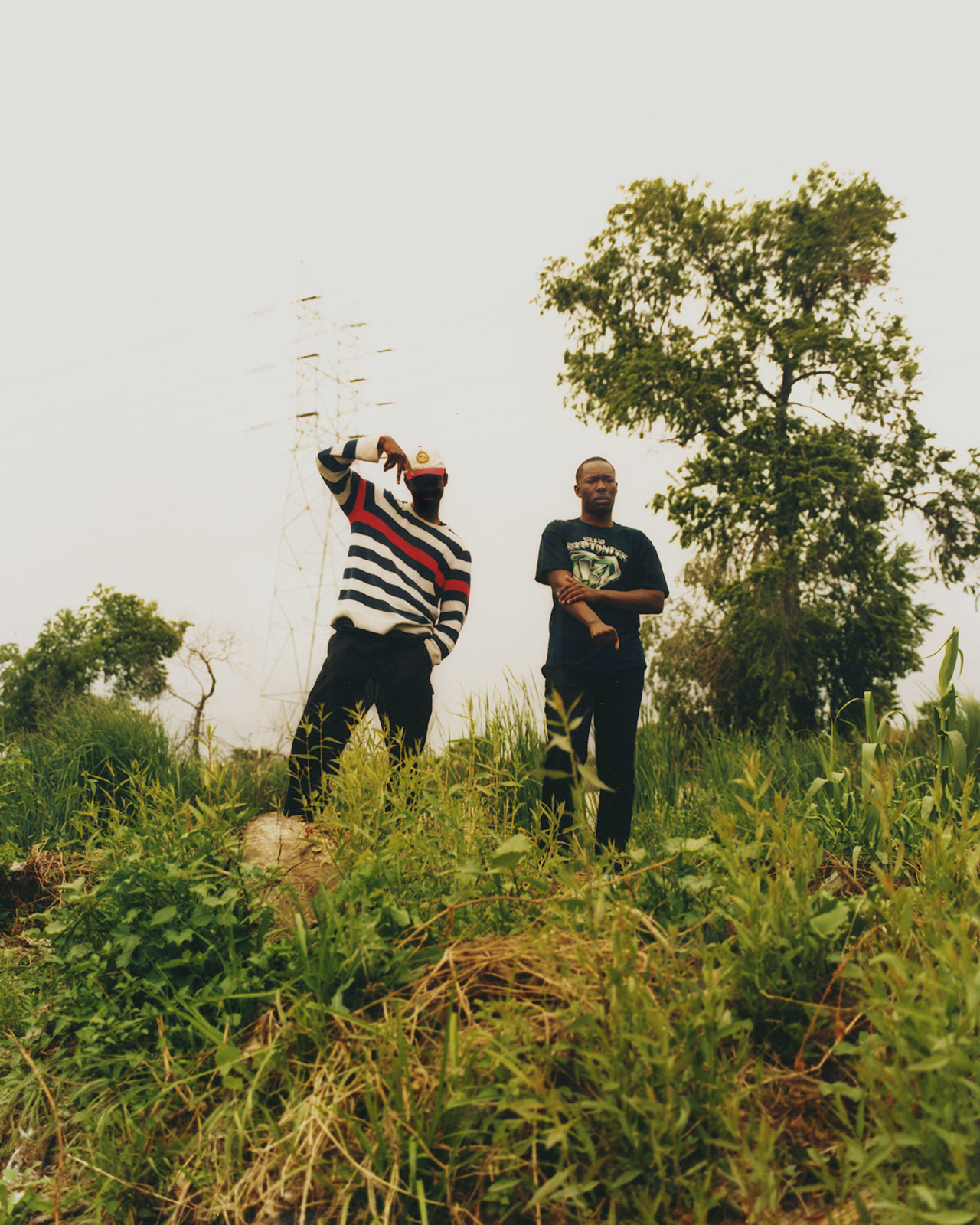 Anna: So, what is the idea?

Felix: It’s just making shit. It’s about the year that we made that project. I said in the message that we were ‘practicing.’ Nothing in there is a lie. There was no mission statement. We’re not going into this thinking we’re breaking new ground. It’s like, yo, we’re just doing what we want to do—if it sounds good.

Anna: Where did the name Paris Texas come from?

Louie Pastel: I was doing my daily fucking movie search—

Louie Pastel: Well, here’s the thing, right— everybody’s saying that, of course. But I just thought it looked tight. I always liked how certain things looked on Tumblr. I’m still an avid Tumblr fan. I’ll die on that. I liked how the capture looks with the whole name…

Felix: [Paris Texas] is also about the idea of us being polar opposites. It relates to how we started, and where we be at—the type of people that we were, and the environment that we were in. We were always juxtaposed.

Anna: Can you speak to the choice to use pseudonyms?

Felix: At least for me, giving something a name [means] it’s always going to be a part of you— but you give it its own name. You give a space for this part of your life, or this part of who you are, at this stage. Now, this is me, this is a part of me, and what I want to build on or not is like one of the many facets of being a person. It’s the same thing with usernames. On a website you really fuck with, you’re going to make a tight name, because you’re like, ‘Oh, this is cool, I got to fuck with this. I’ve got to really like this name.’

Anna: Do you remember your first AIM username?

Felix: I remember one when I was in 5th grade. Megaman, Megaman ZT93.

Louie Pastel: The first one I made, mom made for me. She calls me Adrian B. I couldn’t say my name right, so I said Agent B. And for some odd reason that turned to Agent B-Boy, like Agent Cody Banks. ‘Agent B-Boy, here he comes…’ She still calls me that, I even have it engraved on my AirPods. She’s like, ‘Happy Birthday.’

Anna: Wow. So, what’s next for you two, after this project? If anyone, who would you guys want to collaborate with in an ideal world?

Louie Pastel: No one for a long time. I think we have a lot to prove. There are a lot of fire people out there, and it’s really not a competition, but I do want us to be able to shine on our own before we even think about it.