For her latest presentation, Emily Bode taps into family lore, transporting us to a 1969 University of Vermont dorm room

For her SS21/FW21 presentation, Emily Bode paid ode to her uncle Bill Bode, and the formative year in 1969 he spent as a college student before he met his wife Mahri Bode, who passed away in 2019.

In 1969, Emily Bode’s grandmother received a letter from the University of Vermont asking for the missing $8,000 tuition and housing payment for her son, and Emily’s uncle, William Welsh Bode. For Bode’s SS21/FW21 presentation, invitations were sent in the form of a similar typewritten letter, on University of Vermont letterhead, addressed to Mrs. Bode. 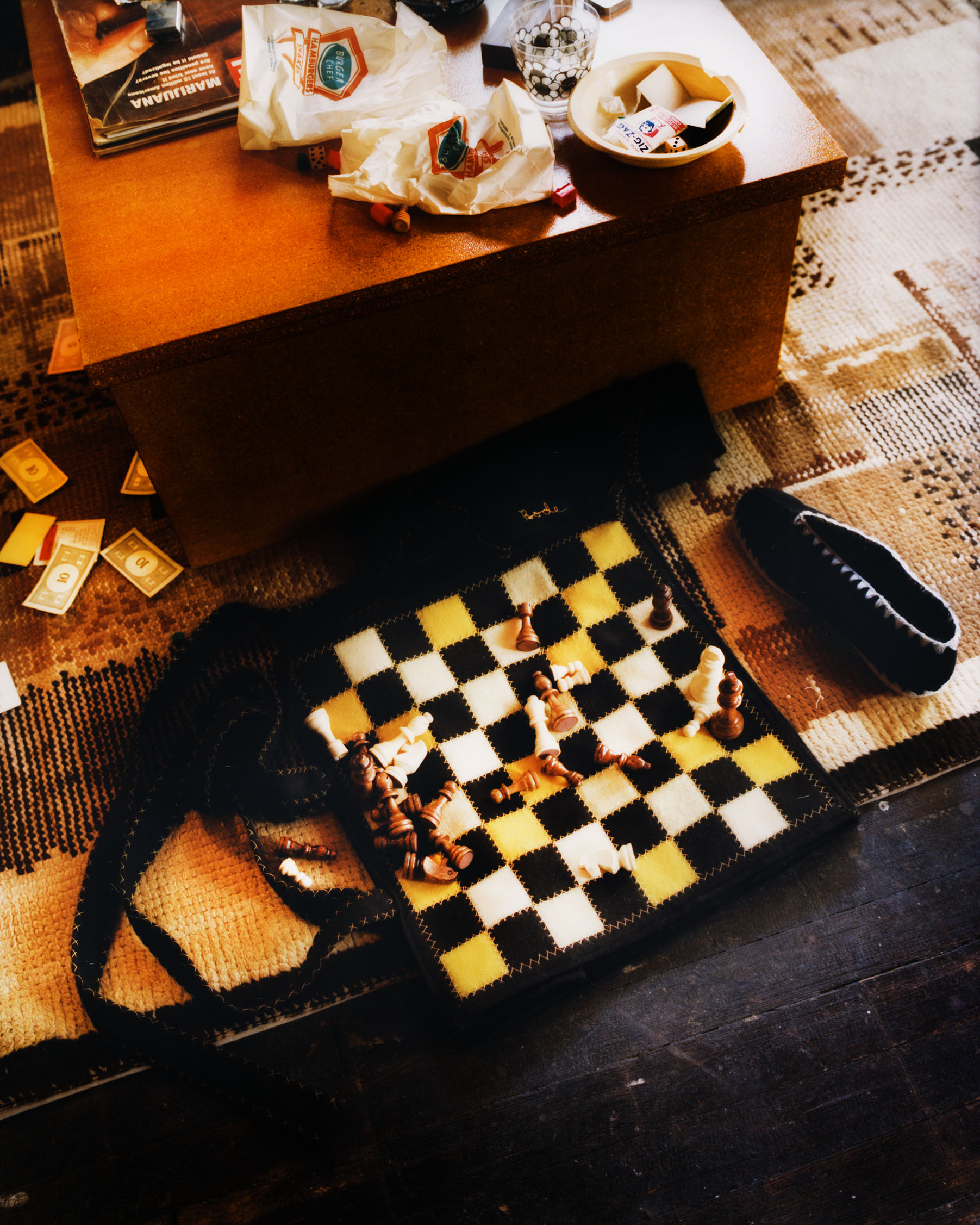 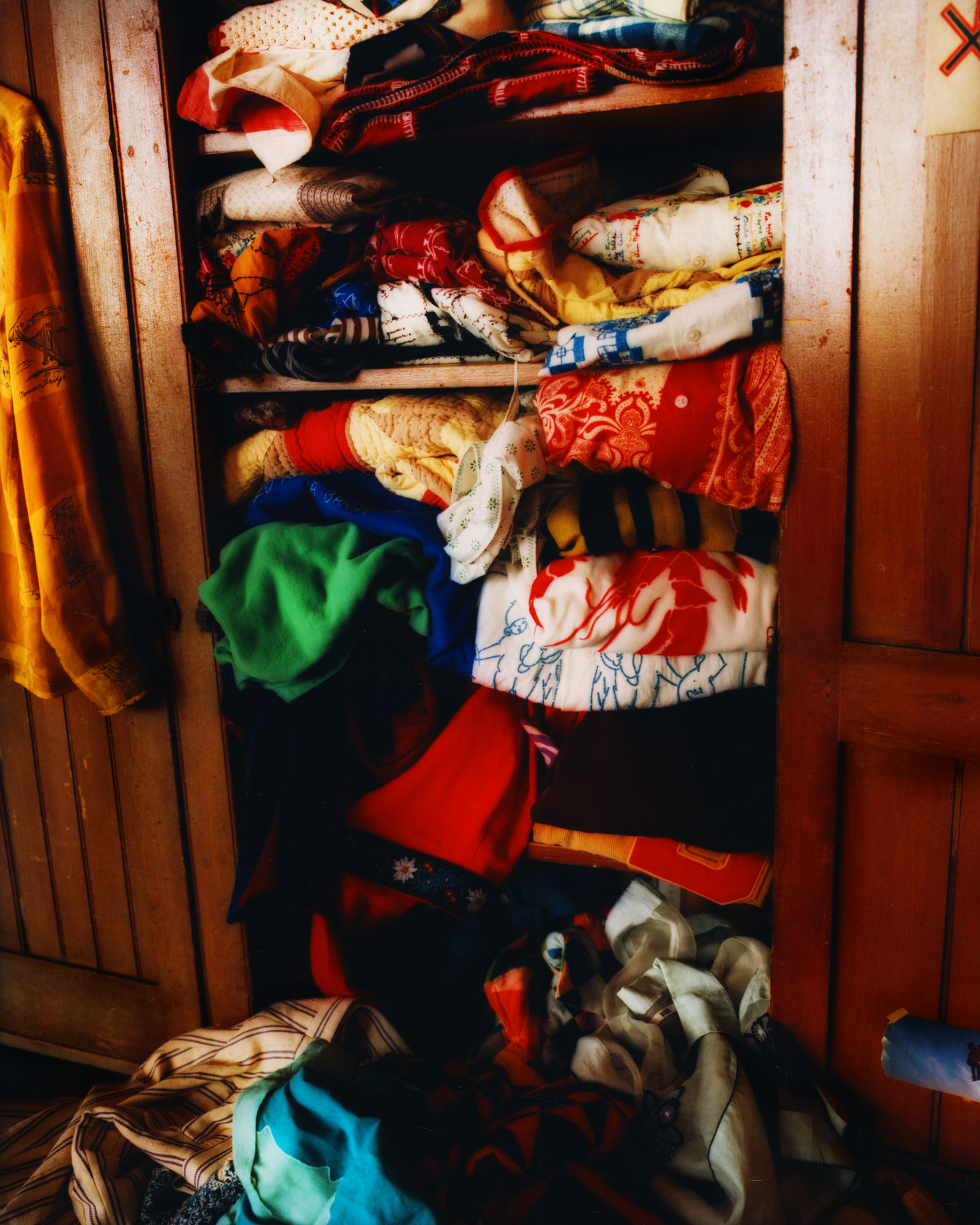 “My uncle was able to convince my grandmother that the students were paying tuition as an active responsibility, so all the parents would pay [their children],” recalled Emily. “She totally went for it and gave him the money, but they didn’t tell my grandfather, so that’s why it was kind of a funny family situation.” William, known to Emily as “Bill,” took that $8,000 and spent it on a year outdoors. He raced cars across a frozen Lake Champlain, played countless Monopoly games, and eventually found himself in Woodstock, New York.

That formative year off in 1969 would be Bill’s last as a young single man—the following year he would meet Mahri, who would become his wife that September. For the next 50 years, Bill and Mahri—a jewelry designer—would go on to open several jewelry stores, raise their daughter together, and throw their annual lobster bake. Mahri showed Emily and their family what it looks like to have an enriching creative career and to be a successful female entrepreneur. A few months before the pandemic hit, in October of 2019, Emily, her Uncle Bill, and their family tragically lost Mahri to cancer. 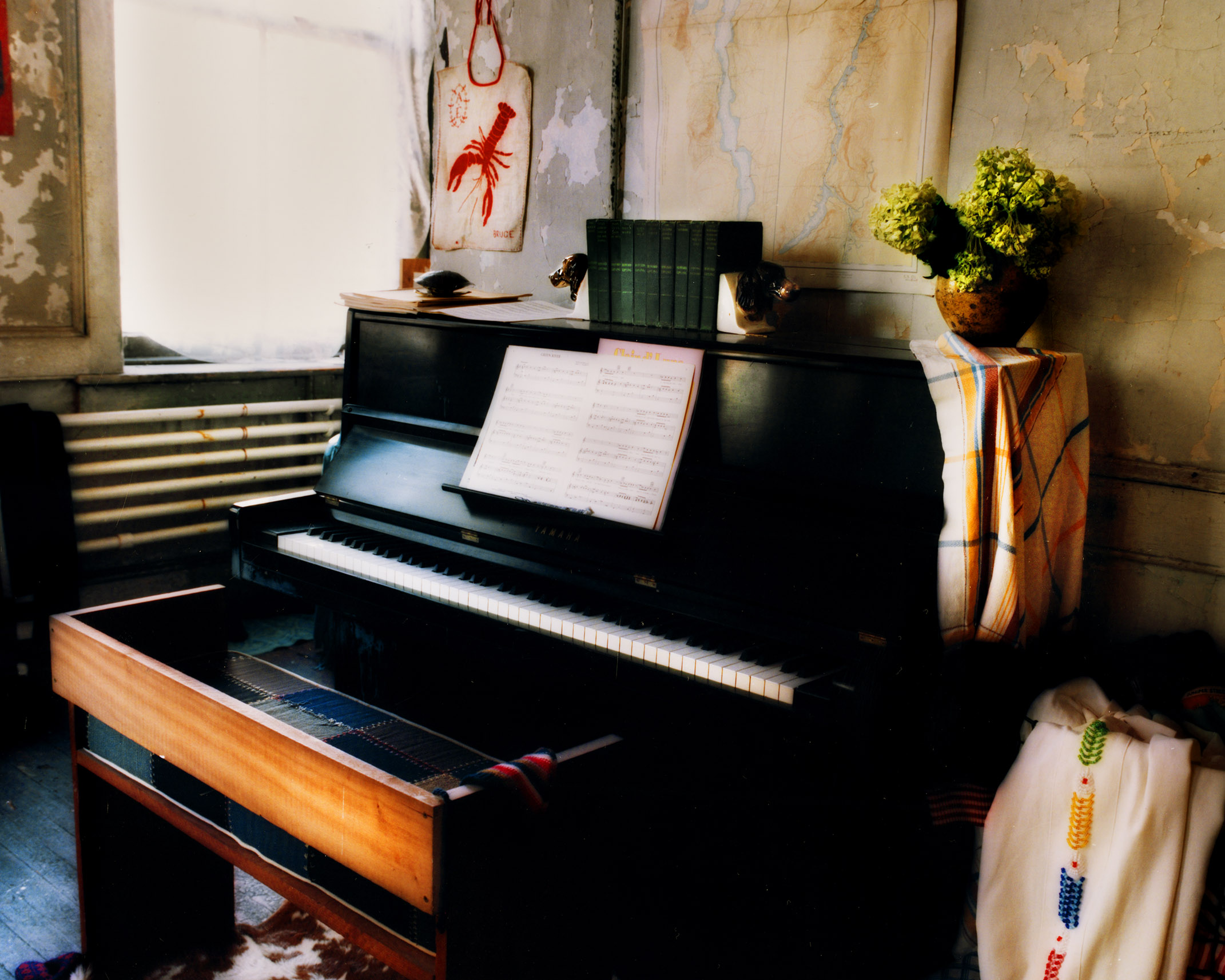 “The happiest times of [Bill’s] life, you know, of course are with Mahri,” explained Emily. “[Losing her] such an intense time for him. He has such a beautiful way of reflecting on his life with Mari and his admiration for her craft. She was a master goldsmith and how he met her, and how he lost his job, was because he was a busser at a restaurant and he’d only bus her tables to the waitress. He has all these beautiful little memories and so I wanted to pay tribute to that.”

That tribute was A Year Off, the presentation of Bode’s Spring 2021 and Fall 2021 collections in an empty space in New York’s Broome Street against the backdrop of a reimagined rendition of Bill’s 1969 college room at the University of Vermont. Visitors were sent up alone or in their small groups, and there were no models in sight—an unusual occurrence for a fashion presentation, but social distancing appropriate. While the lack of people, besides one person from Bode, made sense during the pandemic, it turned out to be happenstance. Emily wanted the viewers to be intimately immersed in the space on their own without the distraction of models or other visitors. “You can reflect on your own life in that way,” she said. 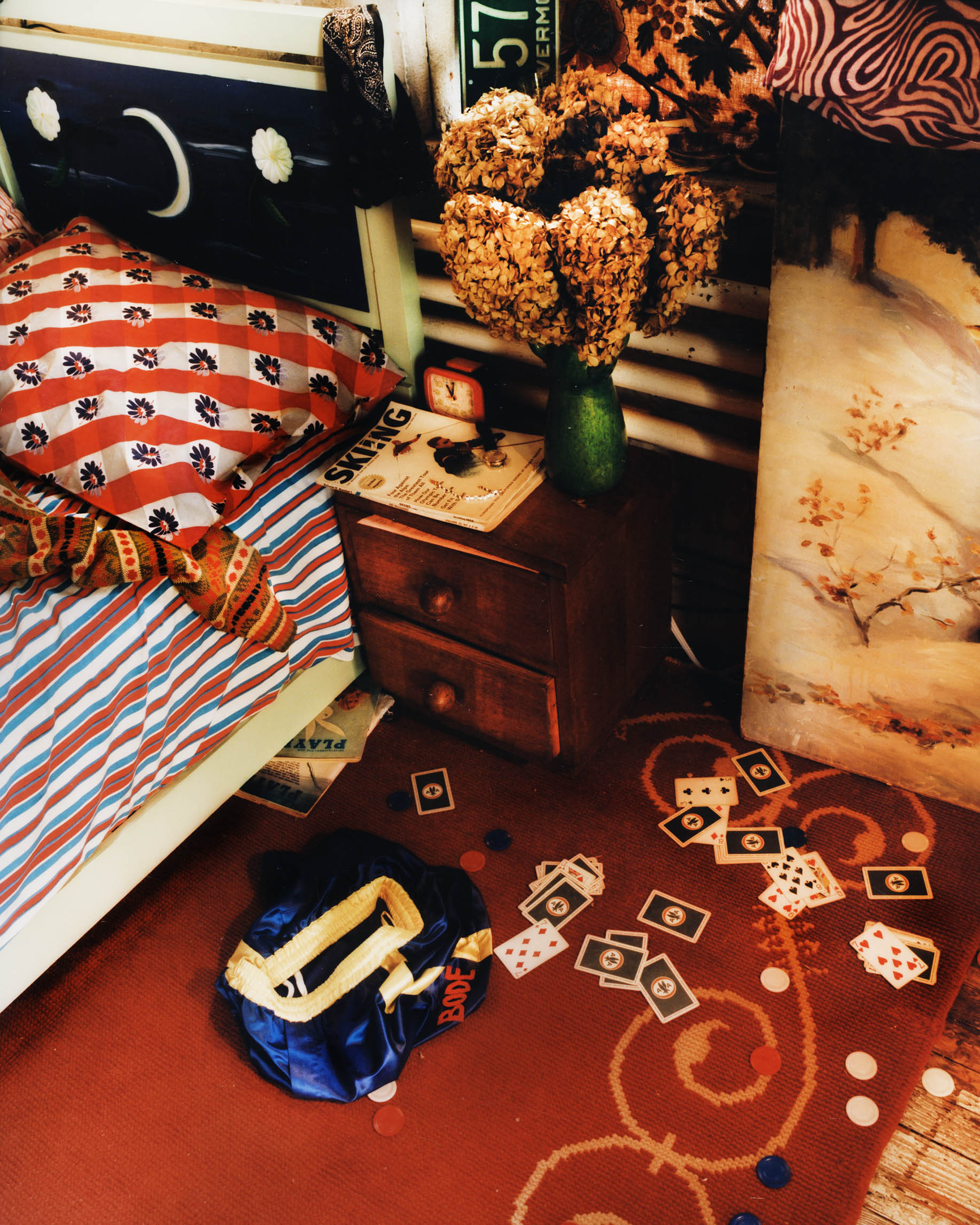 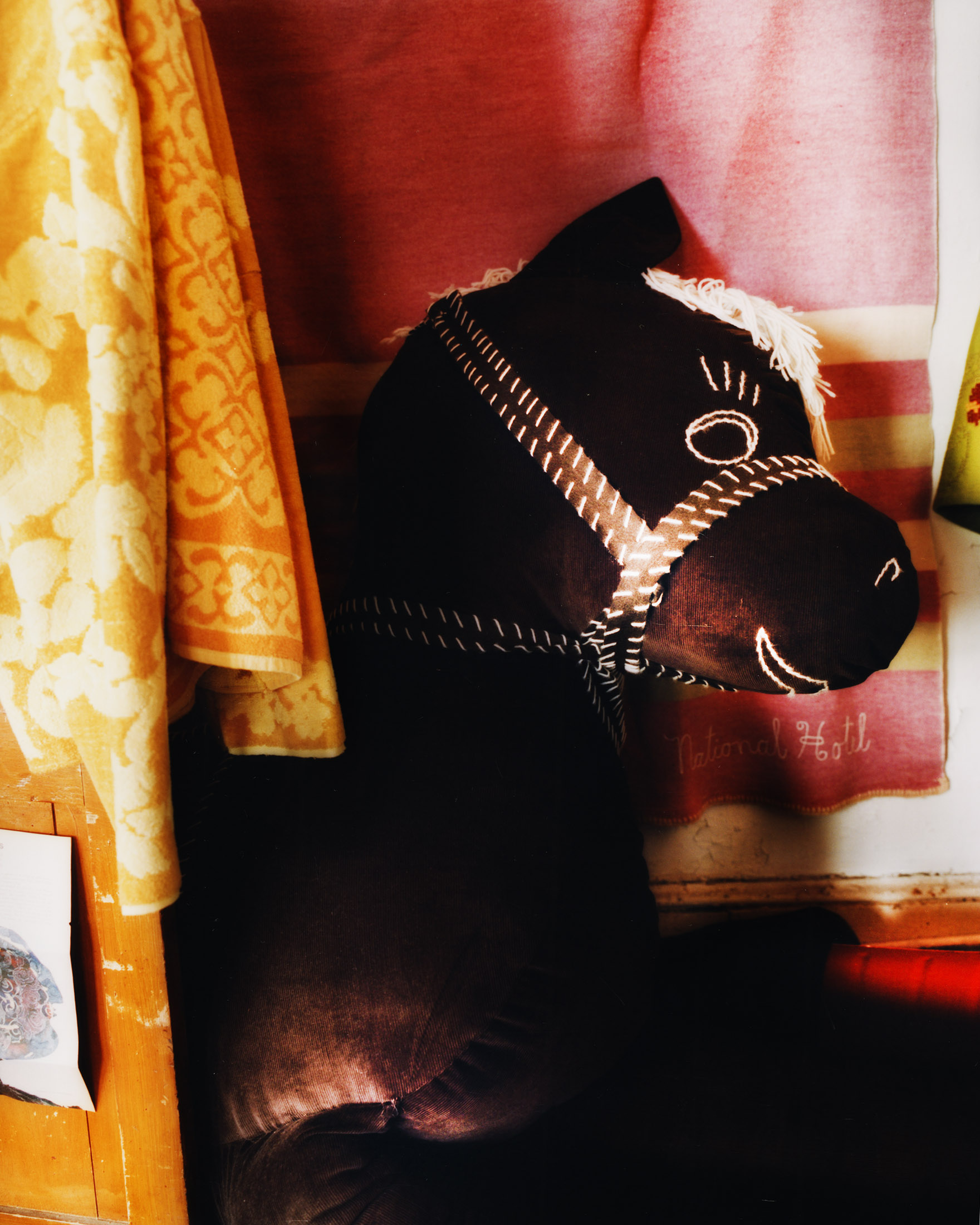 Last spring, as the pandemic put New York and much of the world on lockdown, Emily left the city with Aaron Aujlato, her fiance and Bode artistic director, to his hometown of Alberta, Canada, where they stayed for five months before returning to New York last fall. Emily never dreamed she’d be away from Bode’s studio for two weeks, let alone five months. “Understanding that we can function as a business with people that aren’t actually in a physical space together for five months was a really big feat,” she said, recalling the effort it took to juggle design, production, and the constant and unexpected changes with their factories in both the United States and India. She reflected on the early months of the pandemic, when she and her team finally had a chance to catch up on sleep with the break from New York’s frenetic pace. “Everyone got on a real rhythm where they were sleeping, they were going to bed, and they were waking up and you created a whole different schedule,” she remembered.

When recreating Bill’s room, Emily and Aaron collected ephemera from 1969 that included old Budweiser cans, issues of Life magazine, and even skis similar to the ones Bill had in his room then. They placed burning incense, old Lucky Strike packs, and empty fast food bags on the coffee table, formed the Budweiser cans into a pyramid on a window sill, hung a Midnight Cowboy poster on the wall, and even had an ice luge. “Bill’s an engineer, so he has a very specific and very good memory,” Emily said. “He was able to draft up measurements of his college room desks. Bode’s longtime partner, Green River Project, which Aaron cofounded, fabricated the desks, beds, and other assorted items in the room, which will be on sale. In true messy college student fashion, clothes were hung and strewn across the room. And, yes—Bill, along with Emily’s father, visited the presentation. “He was like, ‘Whoa, wait a minute, like these are all things from the late ‘60s,’’ said Emily. “He started picking things up and looking at them, looking at the Monopoly games, and he’s like, ‘Where did you get this stuff?’ But yeah, he really loved that.” 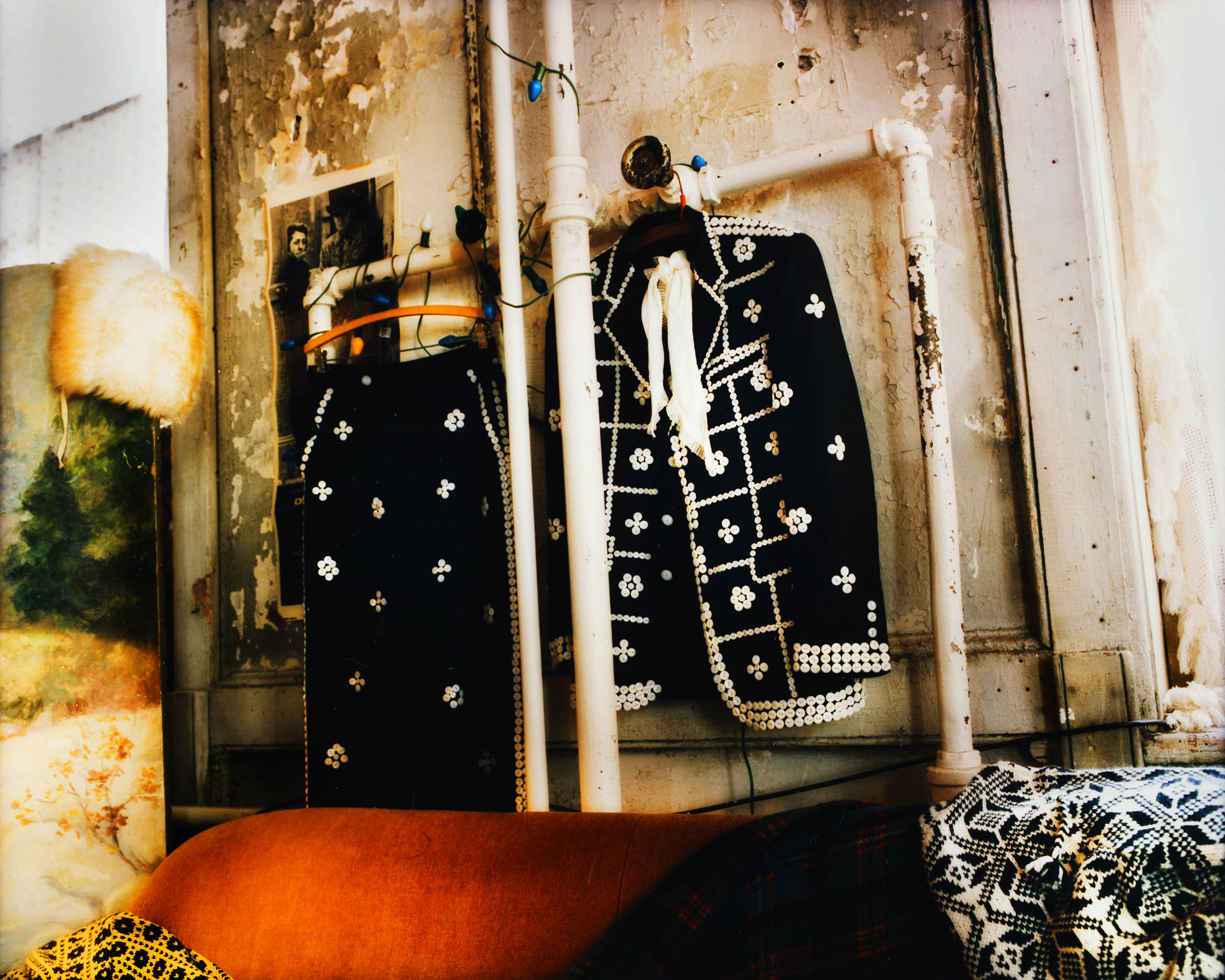 Emily crafted the collections using old photos of Bill. She created two mesh track shirts from one of his photos in blue and red. “Everybody couldn’t wait to take them off [after racing],” Bill had once recounted to her. She placed an image of their family dog at the time, a pug named Charlie, on the back of a red track jacket that also referenced New England. Other pieces are embroidered with doodles, that she found on old mid century table cloths, recalling ones drawn in notebooks during class. A lobster bib plays an ode to Bill and Mahri’s storied family tradition of the annual lobster bakes where they would throw all the corn, steamers, clams, and lobsters into huge industrial pots. Bode’s signature use of embroidery and quilting is prevalent throughout the collection. Standout items include those she made using pearl buttons, which she purchased 10,000 pounds of from a button factory in the midwest that was closing. She created piping and flower-like clusters in the vein of the suits worn by the Pearly Kings and Queens of London, who made a tradition of wearing clothes decorated with mother-of-pearl buttons in the late 1800s.

For the first fashion presentation this writer has seen in over a year, A Year Off was a refreshing take on presenting clothes that stood out among the sea of fashion films and other recent IRL fashion fiascos. “One thing we wanted to do was to get away from the idea that when you go to a fashion show or an event, it’s often about who you’re talking to there, who you’re sitting next to, who you’re meeting and greeting and hugging, and who you haven’t seen in a while,” said Emily. “I just wanted to take it entirely out of that world, and to place you in your own world [where you could] really experience something by yourself.”