At the end of 2018, indie pop singer-songwriter Mobley had just finished a tour in Australia. He hadn’t had a vacation in five years, so he decided to go to Thailand and spend a few weeks recharging away from touring, writing, and recording. He even sent his instruments and gear back to the US. But in Bangkok, he saw a Telecaster guitar for $50 in a store window, and couldn’t resist. He ended up writing a lot of music in his hotel room, looking out on the Gulf of Thailand, and thinking about his distance from America. The guitar and vocal tracks became the core of his latest EP, Young and Dying in the Occident Supreme.

“I grew up moving around a lot,” Mobley told me. His father was in the Marines, and his first memories of America are of coming to it as a visitor. “America looks different to everybody else than it does to us on the inside, and being abroad was in part about getting in touch with that perspective.” He wrote the record when news of the family separations of people at the US-Mexico border was just breaking. “Hearing it talked about the way that people could talk about it when it wasn’t their country doing it was refreshing,” he said. “In American coverage, the background is so often, ‘We don’t want to piss off half the people who are watching.’” 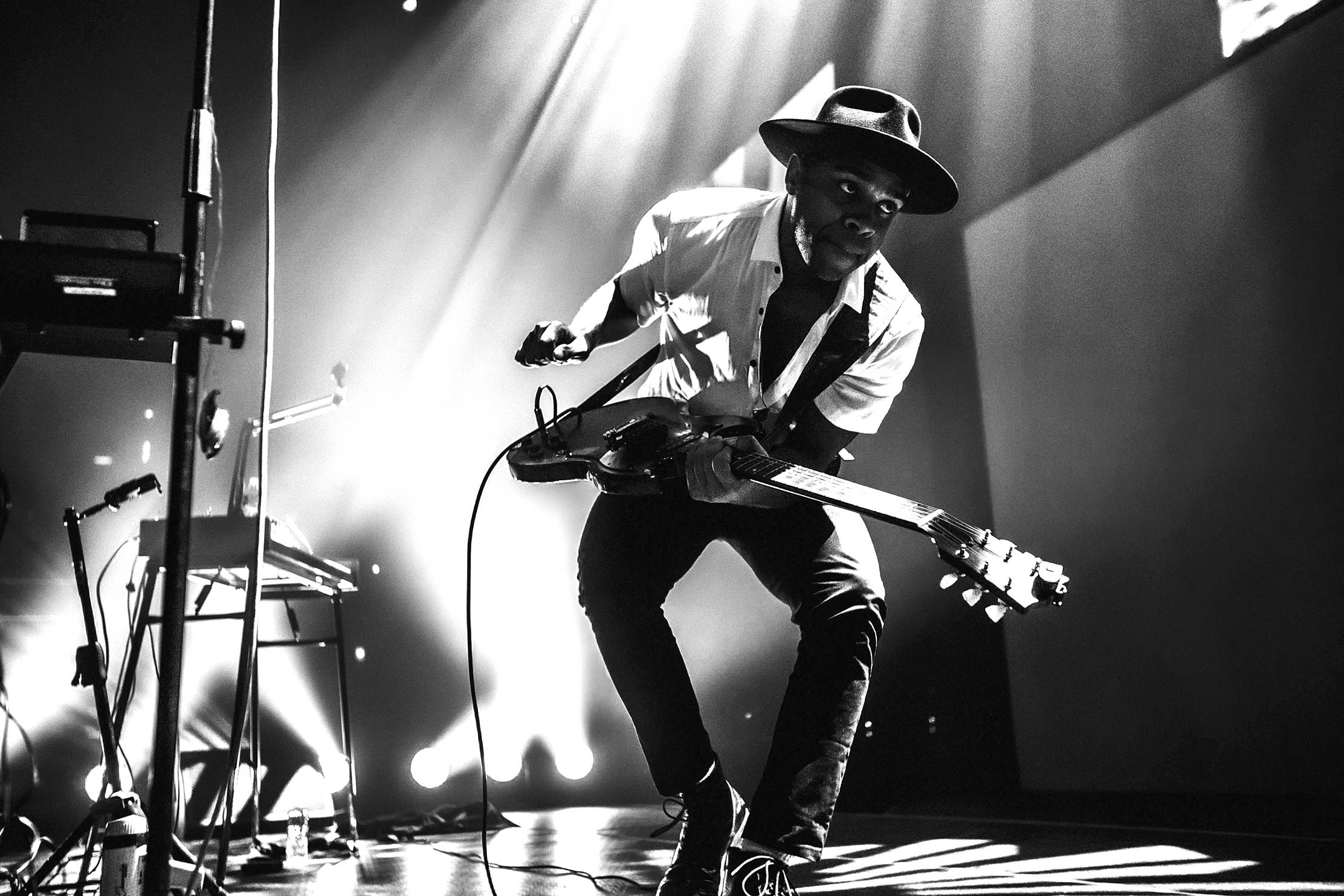 The first song on the record, “You Are Not the Hero of This Story,” starts with a recitation by Mobley’s friend Melissa Trevino, a Mexican national currently living in the US. The words are set against an ominous ambient static hiss. “You see the nation’s gaping maw each time it yawns away the latest outrage / Home is a sarlacc pit,” she says. The line references the giant sentient desert pit which digests its victims for 1000 years in the Star Wars franchise. It’s a goofy reference, ridiculous and disgusting. Mobley says it conveys “how rapacious and bloodthirsty America can be when it’s yawning, when it says, ‘I just don’t care about children being separated from their parents, I just don’t care about the people getting shot in the street.’”

The song “James Crow” is also about how injustice in America is often accompanied by an eerie ignorance, or silence. The music is extremely upbeat and catchy, with a high-gloss rhythm that deliberately nods to Motown. “James Crow, tell me what you know!” Mobley sings with a soaring, soulful urgency.

“Whenever I think about Motown in the late ’50s and ’60s, and about the Black artists who were making popular music in those times, I can’t help but think about how unreal it must have felt,” Mobley told me. “The singers got up in front of these audiences and they were smiling and singing these songs that everybody loves, and the backdrop of that was this violent, explicitly apartheid status quo. And so those songs always have this kind of eerie quality for me, even as I enjoy them for what they are.” 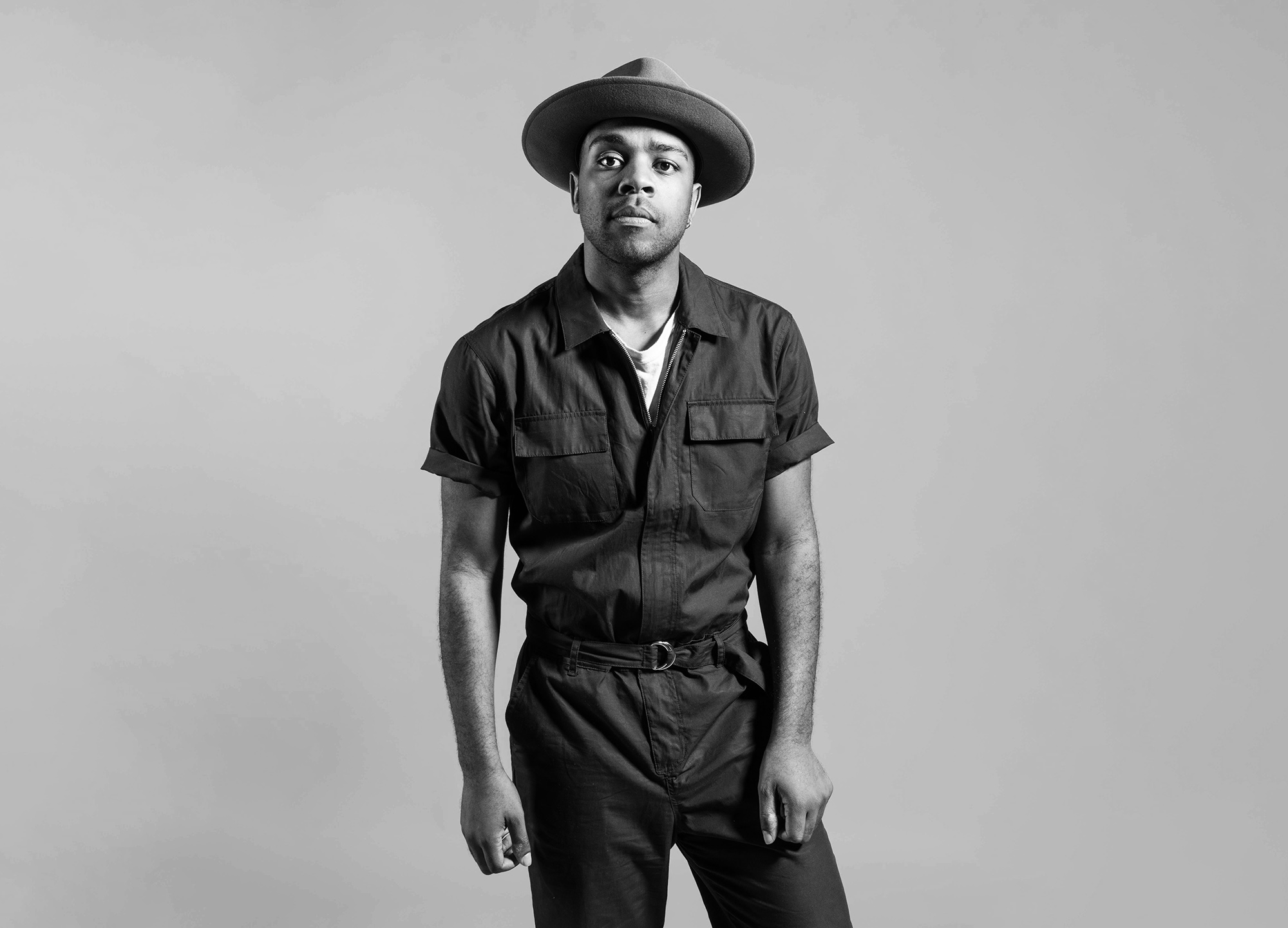 “James Crow” was a way for Mobley to reproduce that queasy feeling of joy shadowed by violence. In concert, audiences might find themselves dancing and singing along cheerfully to a song about racism, murder, and cruelty. “The idea of making it James Crow is that he’s slightly more sophisticated, and dressed up a bit nicer than Jim Crow. But it’s the same fundamental thing,” Mobley says.

Other songs on the album deal with colonialism (“Dreams of Empire”) and who is and is not at the center of the American dream (“Nobody’s Favorite.”) The heart of the album, though, may be the uncharacteristic “Mate.”

Mobley often in the past has written elliptical, bitter pop songs about Black people’s dysfunctional, abusive love affair with America, as on his 2019 album Fresh Lies. He rarely writes straightforward love songs. But “Mate” is one of them, complete with psychedelic Beatles-y distortion and some ravishing Beach Boys harmonies. It’s orchestral bedroom pop literally set in a bedroom.

So there’s a party and I said I’d make it.
But I don’t ever want to leave this room again.
When I could lay here with my best friend naked
Why would I wander through a lonely world with them?

“When I was first starting to write ‘Mate’ I wondered if I should reconnect it to the larger themes that I typically grapple with in my work,” Mobley told me. “But then I realized that the reason that I care about all this stuff is love. And so it seemed right to have a break in there that was just a celebration of that human connection and intimacy. That’s what most of us are looking for, and it’s the thing that all the rest of the fights ultimately boil down to.”

In Thailand, Mobley became friendly with a punk rock taxi driver, with spiked, dyed hair and a spiked bracelet. “He seemed like somebody who might be interested in a guitar,” Mobley said. So he offered him the Telecaster, “and he enthusiastically took it off my hands,” Mobley laughed. “Hopefully he’s writing cool stuff with it now.”