The Curaçao native traveled throughout Europe, documenting vibrant communities in a celebration of Blackness, beauty, and queerness

“What I enjoy so much about the medium of photography is the magic in the darkroom,” says Amsterdam-based photographer Dustin Thierry. As precise in development of his reels as he is in the curation of his projects, Thierry’s newest project Opulence is opening eyes about the Afro-Caribbean Diaspora in the Netherlands, the underground Ballroom scene across Europe, and LGBTQ+ identity and marginalization across the globe.

Born in Curaçao, a small island a part of the Lesser Antilles in the Caribbean, Thierry witnessed injustice and marginalization within the community around him from a very young age. “To this day homosexuality is strongly stigmatized and condemned within the Caribbean community,” Thierry writes. “Black people from the former colonies and the Caribbean islands in the Netherlands are increasingly racialised and objectified.” Thierry’s love for photography blossomed while still in Curaçao, after borrowing a CASIO QV10 from his stepfather; at the age of 14, he moved on his own across the Atlantic Ocean to the Netherlands.

After the death of his polysexual brother in 2013, Thierry was moved to imagine a safer and more accepting world. With his ongoing project Opulence, he aims to represent the accepting community he wished his brother had found. The project brought Thierry to the Netherlands, Berlin, Milan, and Paris, where he documented a host of safe spaces filled with vibrant personalities; some native to Europe, and others far removed from their home countries. The project was shot in black and white to emphasize the “characters, shapes, and true spirit” of those he had the privilege of photographing.

At the intersection of all his studies is the turbulent process of finding a place in a world where individuality is at once praised and neglected. In Dreaming Above the Atlantic, Thierry interacts with a host of people from his native Antilles and Suriname who’ve found themselves in the Netherlands. The project began by a chance encounter at an Amsterdam restaurant, and evolved into an intimate journey, with Thierry rediscovering himself and the power of empathetic connections in the process.

An ongoing and constantly evolving project, Opulence currently has its own exhibition at the Van Abbemuseum, Eindhoven, which will be on display until April 4th, 2021. Dustin Thierry joins Document to discuss the idea of a curated community, solidarity in a socially distant world, and how his idiosyncrasies showcase themselves in photographs of people across different identities and countries. 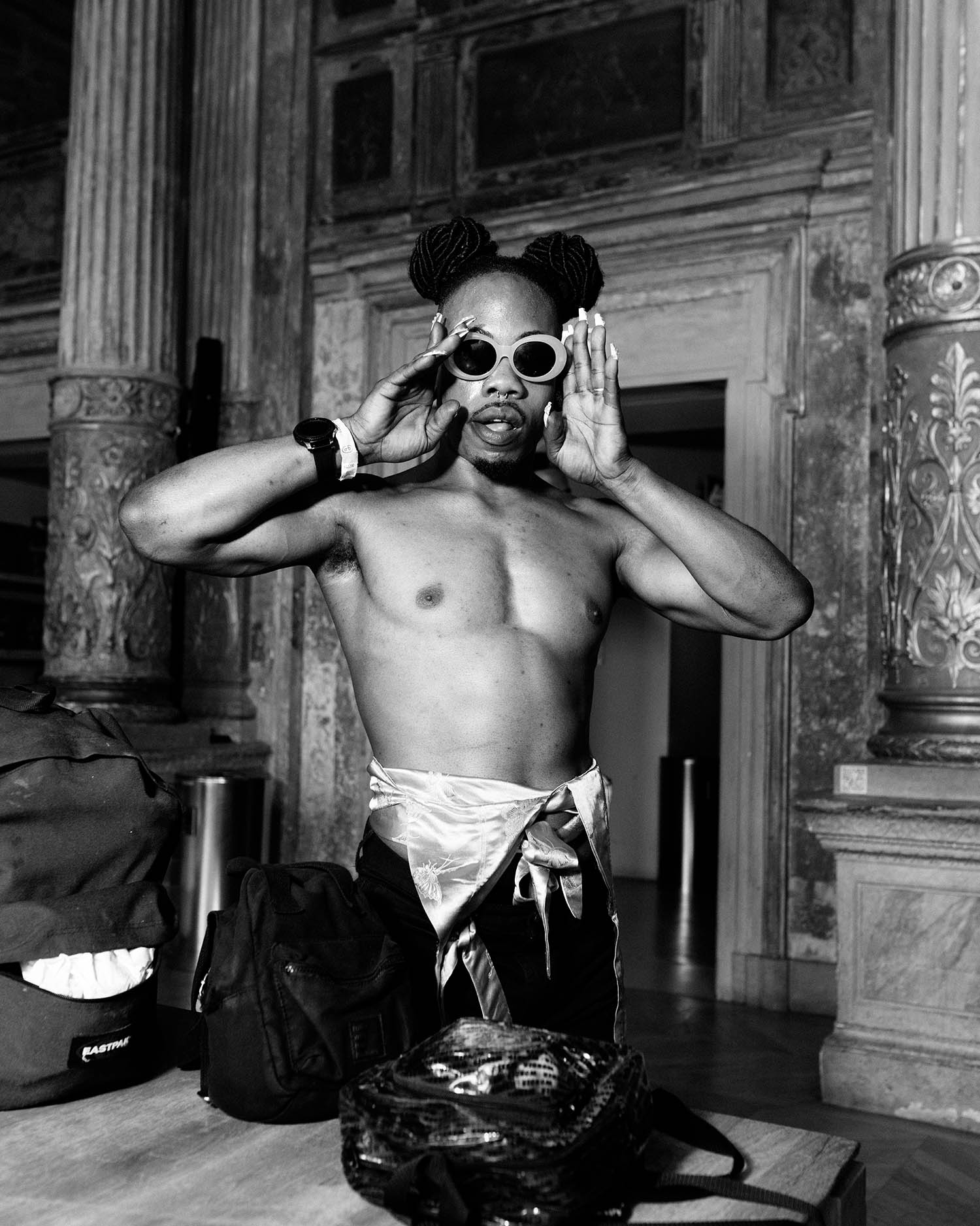 Brendan South: In your own words, the photos in Opulence are “living archives of feelings, gender expressions, and LGBTQ+ identities across Europe.” Are there other documentary mediums you’re interested in exploring as Opulence continues to evolve in the future?

Dustin Thierry: Good question. I am not quite sure yet, but I think developing my skills with the written word is at the top of that list right now as a medium to further explore Opulence in as well. But! Don’t pin me down on it—form follows function!

Brendan: How has the creative process differed between Dreaming Above the Atlantic and Opulence?

Dustin: Dreaming Above The Atlantic is a more of a slow burn; I seek out individuals, and get to know them at a slow pace over the course of multiple conversations. This eventually turns into a meeting, but even then, the process of taking the portraits is very slow; I take my time with it. I found that with Opulence, shooting at Balls has a very different kind of intensity. The pace is much faster, the music is blasting, and everybody is in their focus for that night. This creates a different type of tension and atmosphere.

Brendan: Both of your projects are ongoing, with Opulence first being conceived in 2013. How has Opulence changed since its conception? What ideas occurred to you along the way?

Dustin: As with all my projects, they change as they grow, because I have more imagery to work with and to give it shape. I think what has changed most is the internal realization of stories I could tell with the photographs, and how all the narratives intertwine. The biggest idea that has occurred to me along the way is that I could use my voice in combination with these photographic narratives to address the sociopolitical topics that surround these photographs. The biggest surprise is how fast the project has grown; it has touched me in ways that I could not have suspected beforehand. 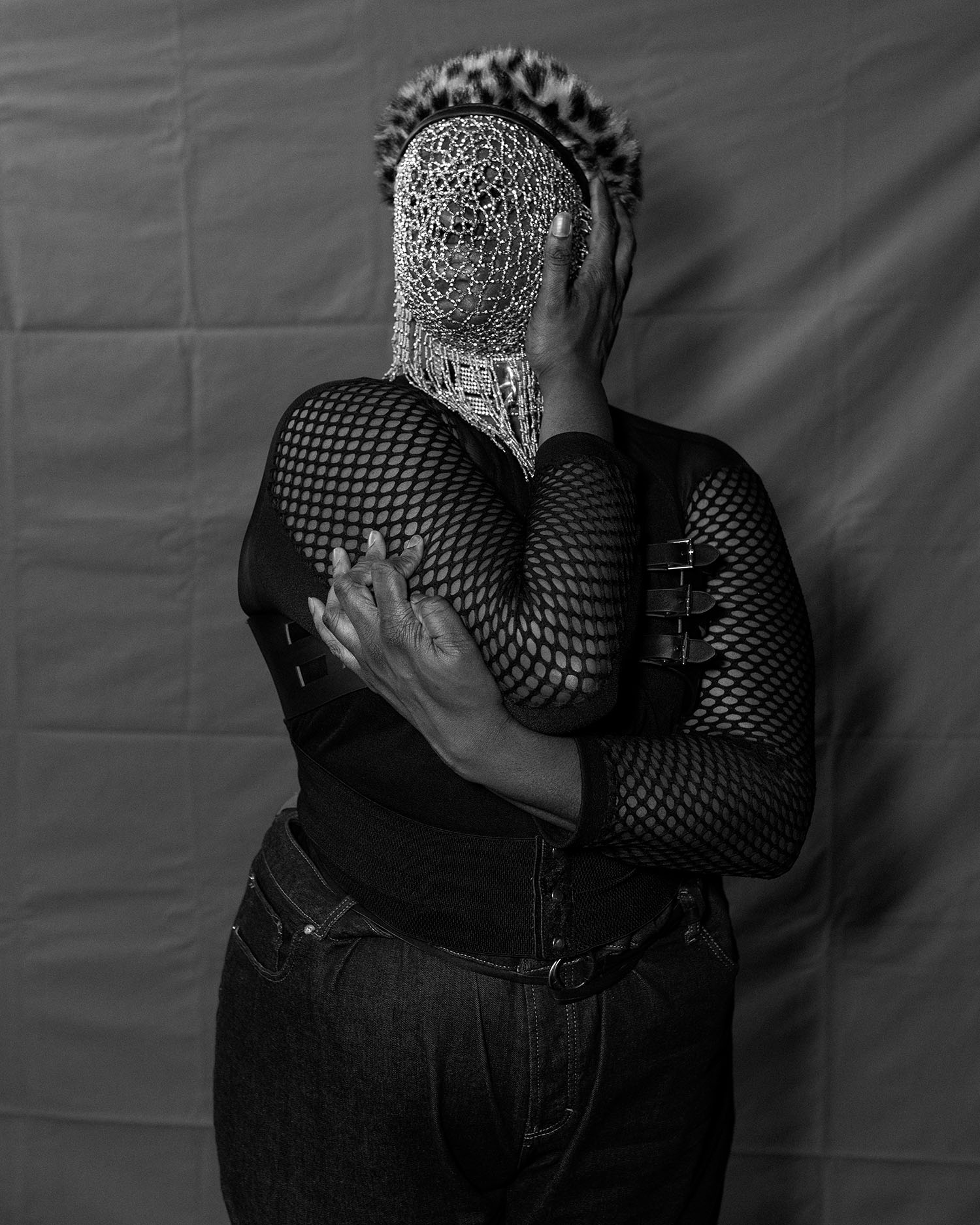 Brendan: Your love for photography began at a very young age. What draws you to the medium of photography as opposed to other forms of artistic expression?

Dustin: I am drawn to many mediums, but I see the photographic medium as a tool to convey a message, so it’s my weapon of choice. What I enjoy so much about the medium of photography, in the first place, is the magic in the darkroom. To be able to take the time to develop the negatives, to find the exact correct exposure on the photographic paper and to then develop it and see the magic appear on the paper. The little surprises, and the fact that it feels like I’m time traveling. That photography gives you the possibility to freeze something in a specific time is still incredible to me; not only are you photographing the subject, there is also the vibrations, the sounds, the emotions that go into the image. It might not be visible to the naked eye, but it’s my personal belief that it’s all there.

Brendan: How have you seen freedom of expression change with the advent of social media?

Dustin: Individual voices have become louder. When you look at the Black Lives Matters movement, and how it has been connecting people worldwide because of social media, that in my opinion is a positive effect of technology. Another marvel to me as an artist is that you do not necessarily need large platforms to promote your work; I myself started out in 2018 or so with Instagram, and it has changed my whole practice. I have no representation, I’m not signed with a famous gallerist, but so many people can access my work and interact directly.

Brendan: What does community mean to you in the age of social distancing?

Dustin: Community, especially in times of social distancing, means a lot. I am grateful for the community that I have collected around me, especially in times like these. I am also consistently aware of those that might not be surrounded by so many people, and this is something that definitely could use some more attention; not only is there a spike in abuse, people are also more prone to depression, isolation and completely falling off the radar. Having community is so important; to have people surround you that check in on you. We must be aware that not everyone has this and we should all be nicer to each other. In times like these, but also outside of times like these. 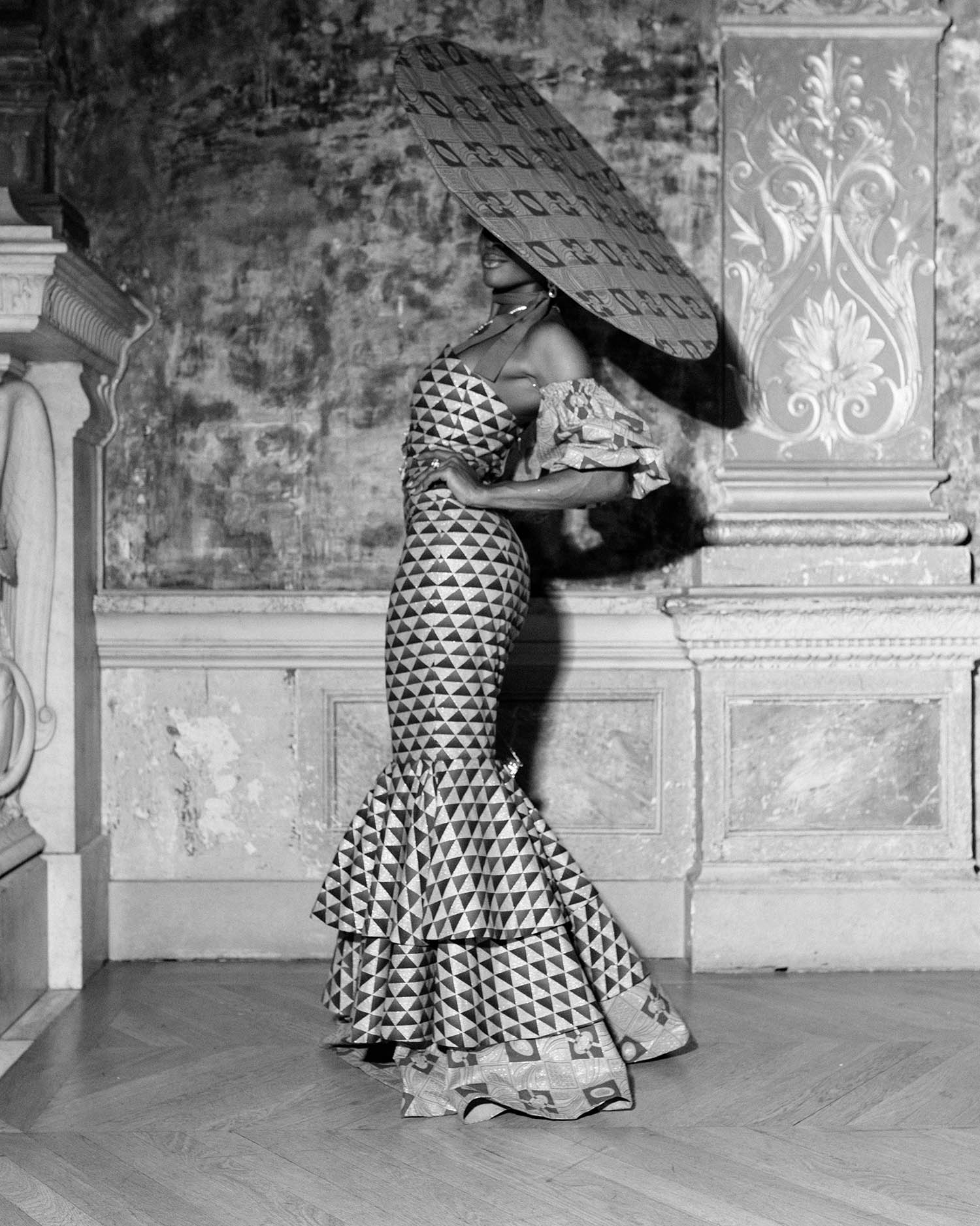 Brendan: Both Opulence and Dreaming Above the Atlantic document LGBTQ+ and POC displaced from their homes and an accepting society. What differences do you spot between homes one is birthed in, and homes that are created based on survival and acceptance?

Dustin: I think it’s important to focus not on their differences, but on their similarities. As cliché as it might sound, everybody wants to be loved, be seen, feel heard, feel safe, and like they belong. Whether this is from a home someone is birthed in, or from homes that are created. Sometimes, the homes that are created, outdo the home that one is birthed in. This is why the concept of ‘chosen family’ exists. So this comparison doesn’t feel quite right. In my work I seek that sense of unity and belonging, and to share new collected memories.

Brendan: Dreaming Above the Atlantic is half photography based, and half interview based. How do you choose talent to shoot, and what are some of the questions you’re most eager to ask them?

Dustin: The first and foremost criteria is always the same throughout all my work; I must feel a certain connection with or be fascinated by someone. This could mean anything. This could be their appearance, their vibrational energy or any small detail. However, with Dreaming Above The Atlantic, since it’s specifically about people from the Antilles and Suriname, due to the nature of the project. I am not specifically thinking of any particular questions at the time; I treat every meeting with an individual as an extended dialogue and it goes from there. After that, I give it shape in interview format. This is actually how I prefer to be interviewed myself as well, so that is how I work with others.

Brendan: As an artist who documents communities filled with vibrant personalities, how does your own personality manifest in your artistic practice?

Dustin: My personality manifests in my motto of “what you see is what you get,” meaning I don’t pretend to be anything or anyone that I’m not and I try to create an atmosphere where the individuals I am working with can also take this space for themselves so they can maintain their freedom, dignity and respect. Especially when I am working, I am as clear and transparent as I can be about what I want to do with the photograph, and this reflects back from the individual of my lens. Every photo is essentially a self-portrait, that’s how my personality manifests; in the photographs.