In French photographer Karine Laval’s backyard is a tribute to the natural world, images of the outdoors hang surrounded by their subject matter. Laval’s work always connects to nature; she often explores the borders between manmade and naturally-occurring, and how they can reflect and often mimic each other. In her latest show, her newest photographs escape the gallery setting and are on display on Laval’s fence behind her Brooklyn home in a solo show titled The Great Escape.

Laval prefers to work with her subject matter long term. Her first monograph, Poolscapes, explored the meaning of the pool as a Western symbol of leisure, spontaneity, and artificial human creation. She traveled through the United States and Europe to gather her trademark reflective imagery, eventually creating a body of work that manipulates color and physical alternative photographic processes. Her next subject emerged in 2014 when she began photographing garden spaces, often in Europe, gathering inspiration in the creative realms of gardens tended by friends and family. 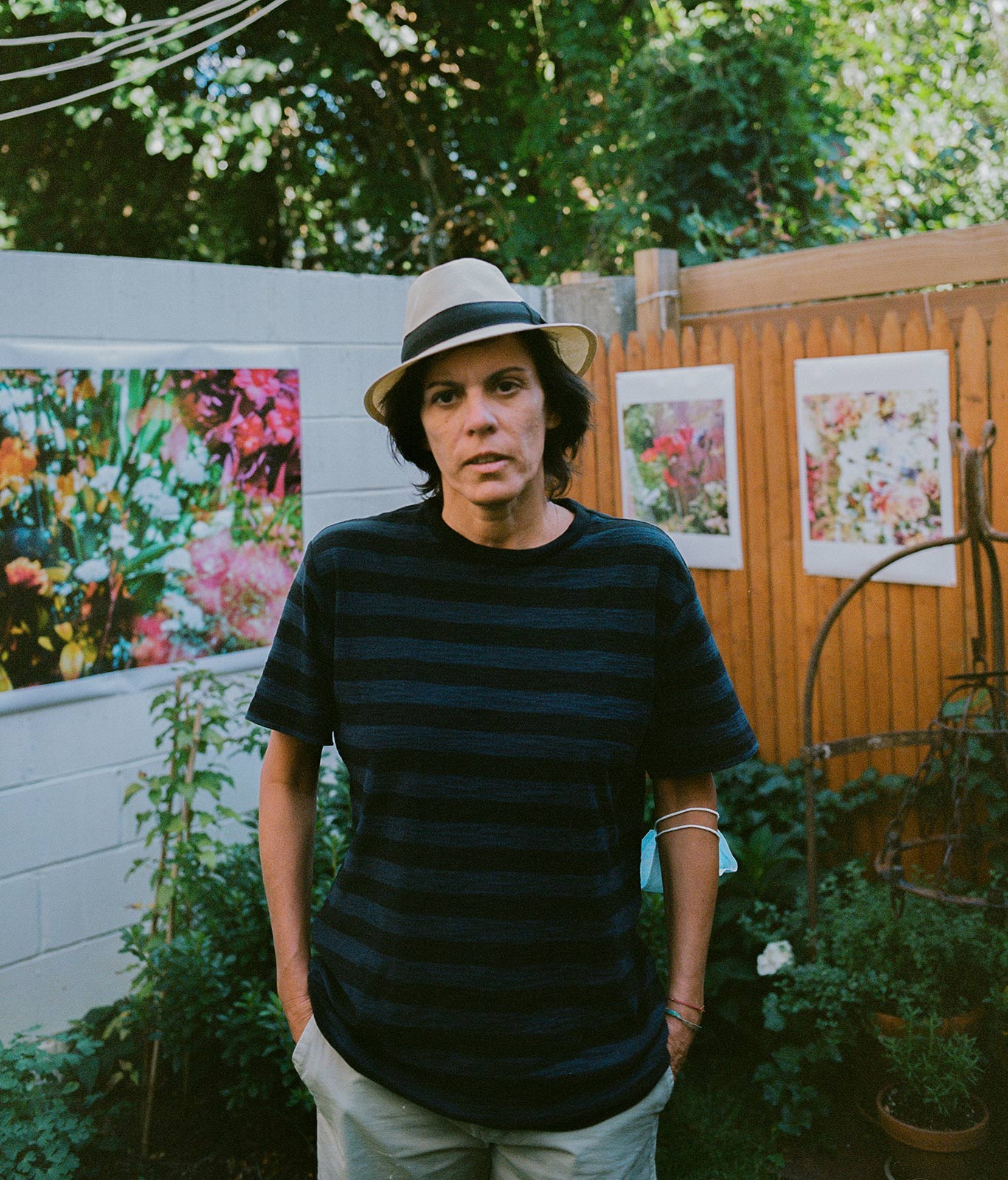 With The Great Escape, Laval has created a fully immersive environment around the garden. Her images connect fantasy with reality, seducing her viewer into a new way of seeing—the worlds that emerge are colorscapes that reach beyond organic occurrence. Her way of capturing nature is dreamy, methodical, and reflective on earth’s patterns; Laval plays with the reality of truth in the photograph, one that she manipulates to allow an alternate world to emerge. In her manufactured reality, rays of light cast across almost three-dimensional stems, blossoms blend into background noise set against fluorescent green ferns. Forever fascinated with natural experimentation, Laval has even allowed the weather cycle to affect the prints hanging in her current exhibit: rain has eroded some pigmentation on many, and these works will be kept as they are, individuals to be archived once the show comes down.

The idea to display this work in her own backyard in Bedstuy occurred during the spring quarantine in New York. Laval noted that she spent her first entire spring and summer season in Brooklyn this year (in a more normal year, she would travel to her native Europe), and as the warm weather emerged, she often found refuge in her backyard. She grew more attentive to her own small garden, and she had the idea to bring her process home. She shoots her photographs using mirrors to create layered reflections, doing most of her experimentation in camera. This process is tactile and done without assistants—just Laval in the garden—so she was able to create new photographs in lockdown without too much change. 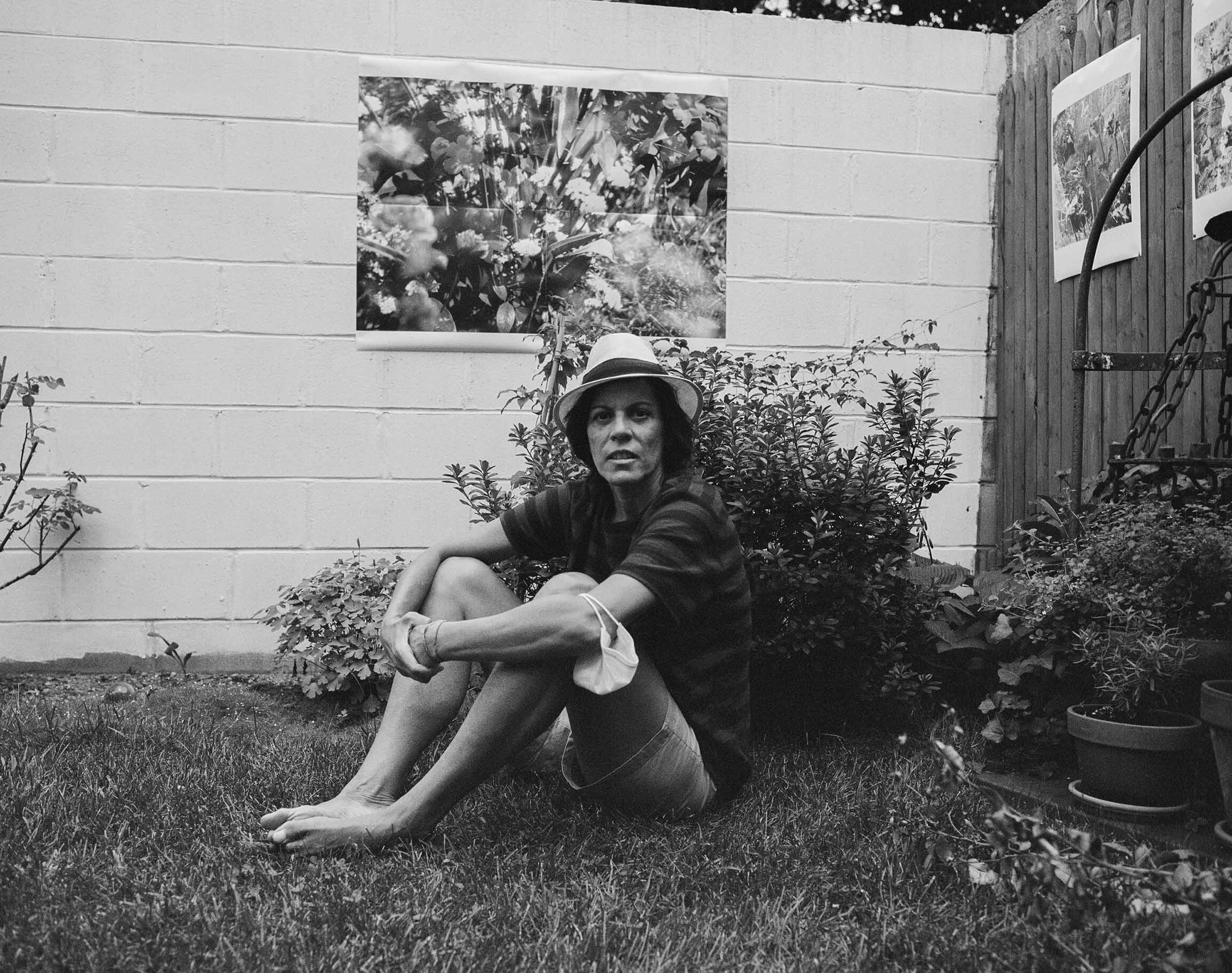 The initial process of meditation on her own garden space was cathartic in itself, but what Laval missed most while creating art in isolation was the community of other artists; this is where the idea to have her own solo show in her small backyard emerged. Laval’s work is normally printed much larger and displayed under gallery light; the experiment with this way of displaying the work is centered around connection. Laval created photographic prints at home, hanging them on her fence with gold tacks, a simplified look reminiscent of an art school critique. Her images hang among her plants, a fig tree’s branches spread between two sets of photographs, and viewers must make an appointment to see the show. Standing in her backyard, alone with her prints in the open air between brick buildings, a personal connection is forged between the visitors and to the work.

If you are in New York City and interested in viewing the show, appointments can be made by contacting karinelavalstudio@gmail.com. 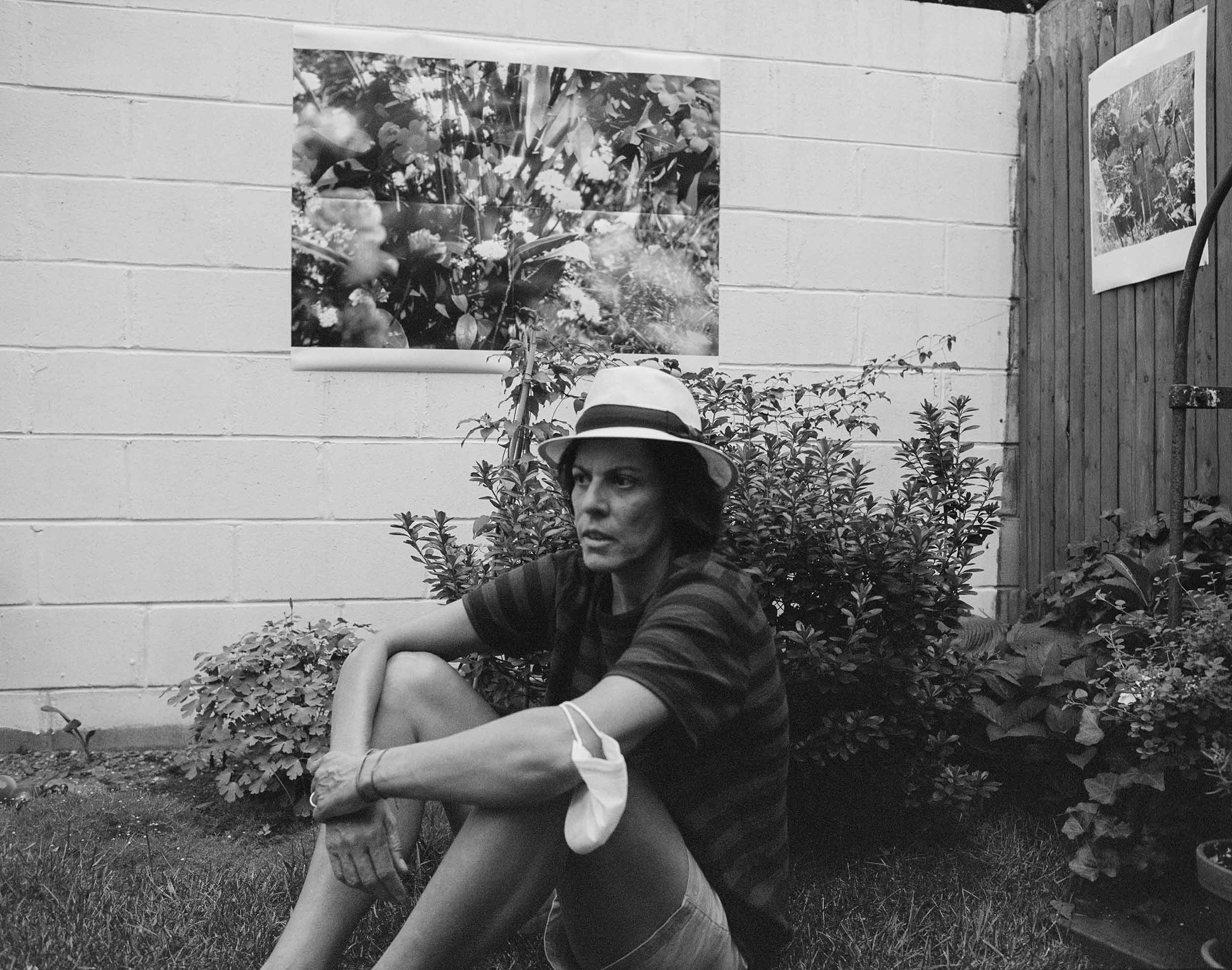 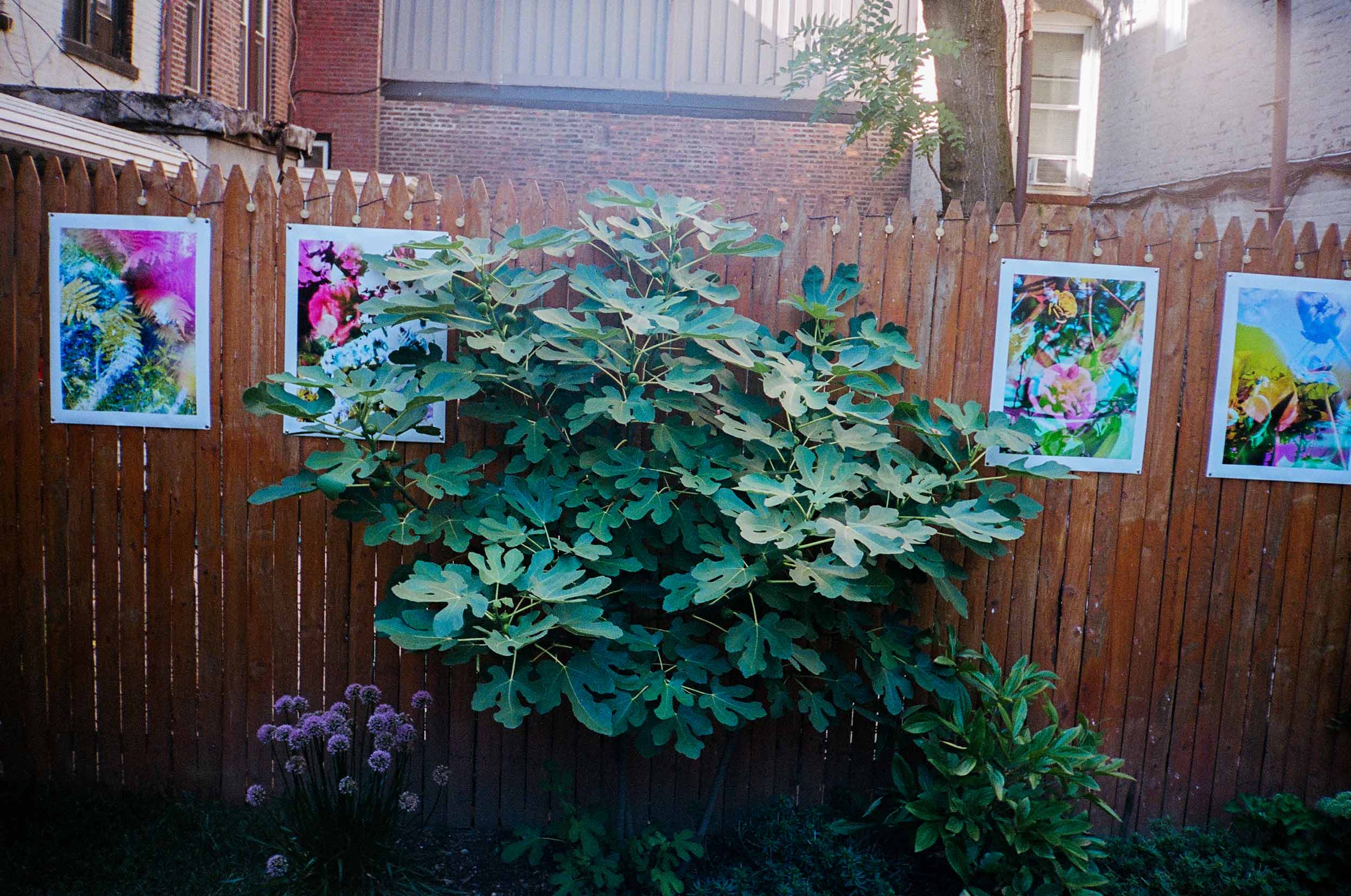 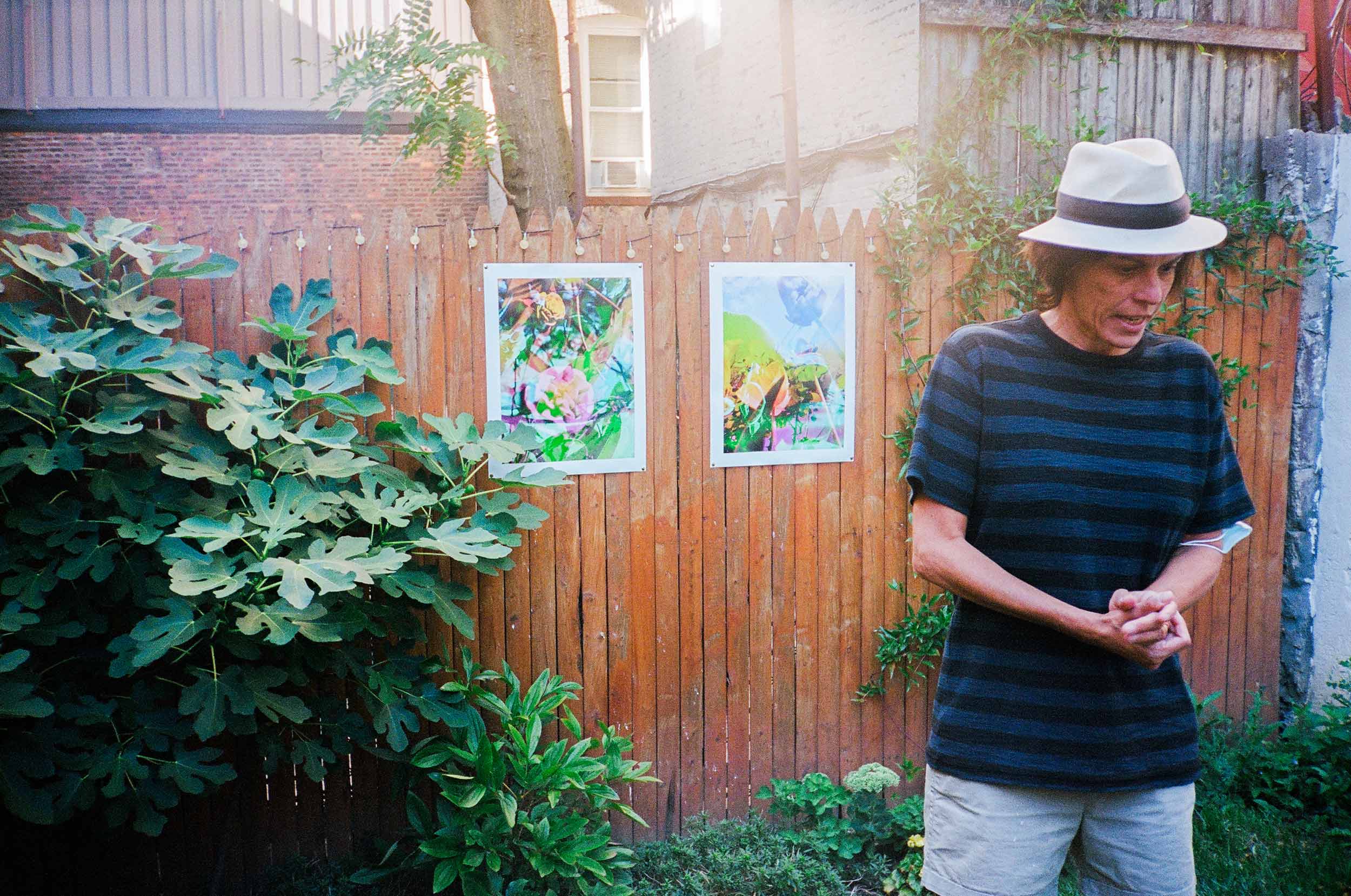