Summer already seems like a weird dream that dragged on for years, monotony and chaos compounding often within the confines of our apartments. It definitely didn’t pan out the way Paul Kalkbrenner expected. The prolific techno producer only performs live, so spending a summer at home was almost an out-of-body experience in itself. The only time he left Berlin was to shoot a new music video in Kiev. The surreal new visual for “Parachute” was written and directed by Taisia Deeva, who also worked with Kalkbrenner on the award-nominated video for his track “Part Twelve”. An Eastern Bloc-style housing complex provides a starkly realist backdrop for some truly unreal scenes—including bodies levitating hundreds of feet in the air, suspended from the building’s 30th floor windows—all set to Kalkbrenner’s swirling, hopeful techno.

“This summer has been the longest I have spent at home in Berlin since I was a teenager,” Kalkbrenner tells Document. “The only time I really left the city was to film the video for Parachute with Taisia in Kiev. It felt good to get out for a bit, and also nice to get in front of the camera again for a change.” To celebrate the video’s release, Kalkbrennert made us a mix of all the music he didn’t get to play this summer in various cities around the world, including some of his new tracks. “I don’t DJ, so it’s not easy for me to just set up some decks and stream in my kitchen, but I recorded this live performance a few weeks ago in my studio,” he tells Document. “I hope people enjoy it, wherever they are able to listen to it.” 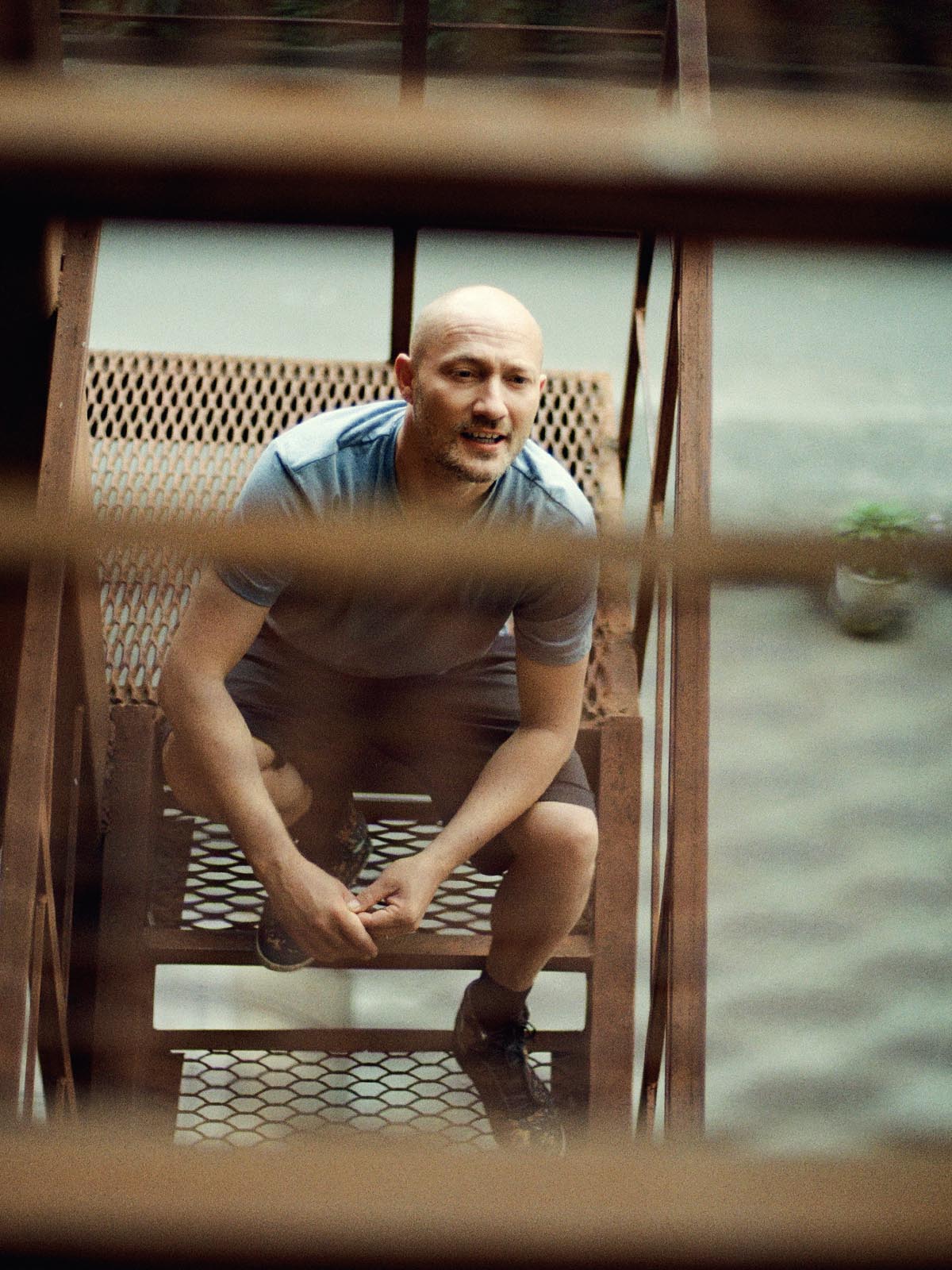