"One world, one race, one love, one rave:” The Lebanese DJ discusses the importance of prioritizing mental health, fundraising for migrant workers, and staying positive during times of uncertainty

Originally from the Lebanese capital of Beirut, Nur Jaber rose to recognition after moving to Berlin to do what she loves the most: making music. In the city’s infamous electronic music underground, the DJ and producer found her voice in techno, as well as ambient and classical sounds—an intoxicating mix of influences through which she sends an unwavering message of love and true acceptance. “After writing my first album [If Only—A State of Peace], I realized that I was interested in more than solely techno,” Nur Jaber tells Document. “Producing ambient and classical music makes me feel complete, and the fact that I am able to bring similar expressions across really satisfies me.” Even her most overtly political releases, like 2017’s Weapons of Mass Destruction, are always about freedom and love at their core. “One world, one race, one love, one rave,” is what it all boils down to in Nur Jaber’s mind. “My message is about the unity of everything. To express ourselves on the dance floor and truly accept each other.”

Nur Jaber talked to Document about the importance of spirituality, spending the last few months in a Berlin without nightclubs, how growing up in a war zone taught her to stay positive during times of uncertainty. 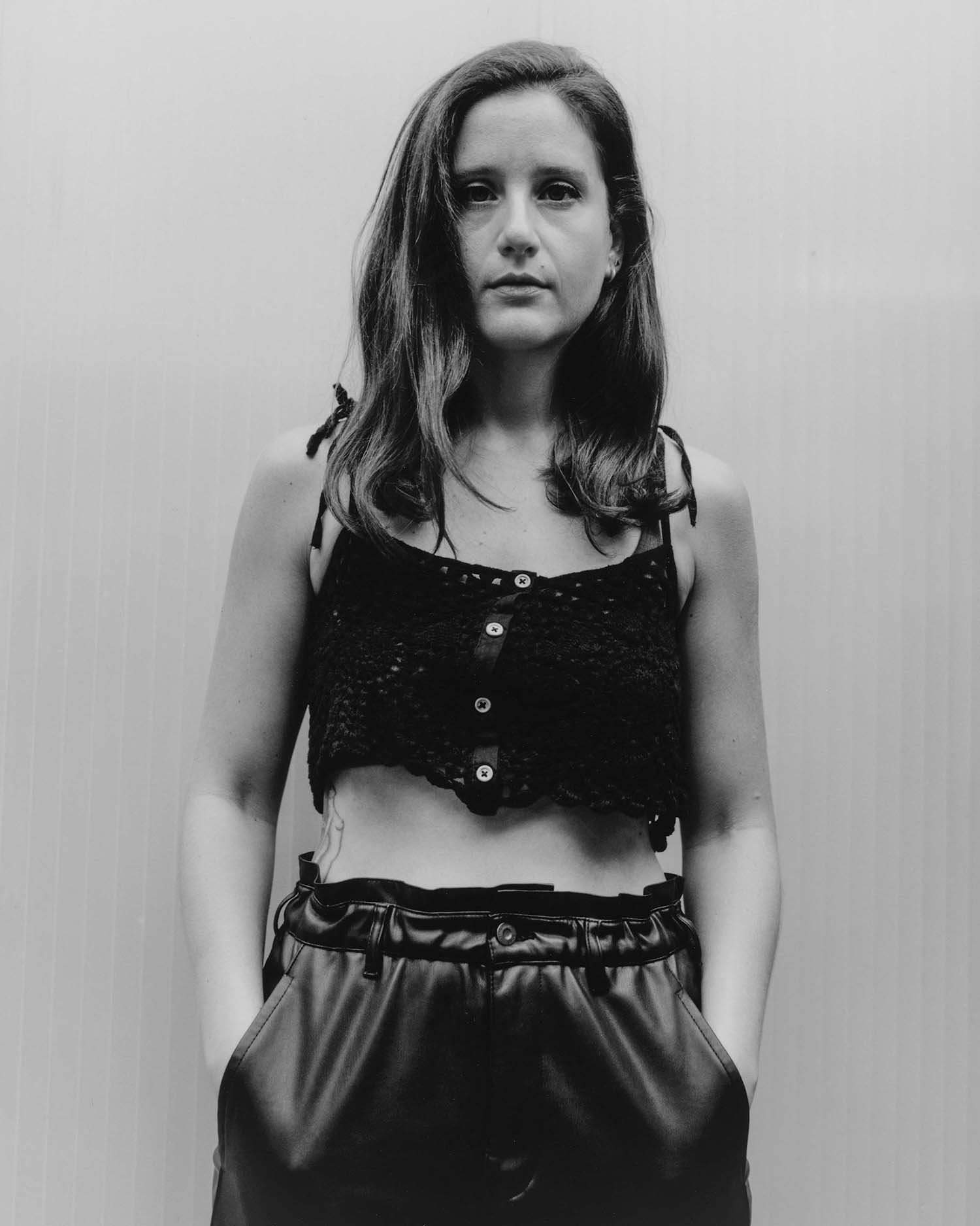 Bo Hanna: Why is a message of freedom and love so important to you?

Nur Jaber: Because I grew up in a place where freedom and acceptance happened to be scarce. [Lebanon is] a country infamous for its sectarian society divided by different religious groups, [growing up there means] having experienced war and not being allowed to express yourself as there is a lot of judgment from others and social pressure to conform. Unfortunately, these issues reach far beyond Lebanon—many people from different places relate to the feeling of not being allowed to truly be yourself. When I moved to Berlin and started to discover the electronic music scene and the people, I felt so liberated and I thought, ‘This is what I want to be part of.’ The mentality of expressing myself and truly accepting others has always been inside me. From a young age, I could not understand why we were raised in a world that was at odds with that.

Bo: How has Berlin shaped you?

Nur Jaber: It shaped me both on an artistic level and on a personal level; I was growing parallel. First of all, I felt very welcome in the hands of Berlin. The city taught me to be patient with myself and gave me confidence. My dreams came true in Berlin, like closing Berghain. I learned that dreams do come true, no matter what anyone—even your own family—says. A lot of people see making music as a ‘hobby’ and say musicians should get a normal job, or work in the business industry where the money is at. The feeling deep inside of me that was pushing me to make music turned out to be right in the end; I am doing what I am supposed to do.

Bo: When did you get into music?

Nur Jaber: I started listening to classical cassettes at the age of 10. I started playing piano and bass guitar a bit later. My dad was playing bass guitar in a band, he could not achieve his dream though as his dad did not support his ambition as a musician. He actually hid the guitar in the basement and it survived the Lebanese Civil War… As a teenager, I listened to rock, metal, and jazz, and later trance as well.

Bo: You’re also a vocalist. How did you get into singing?

Nur Jaber: My interest in singing started with rock and metal. It was not until later, in Berlin, when I started experimenting [as a vocalist], and would pick up the microphone to express feelings. I had a few opera lessons, but yeah, I mostly go with the flow.

Bo: You had a US tour planned, which has been canceled due to the pandemic. What have the past few months been like for you?

Nur Jaber: I must admit that I was really excited for the USA tour, but safety comes first. The past months have been interesting though, with a lot of ups and downs. I think we all got a pause for a good reason. Personally, it came in a time where I was reflecting on my physical and mental health. I realized that it is important to take care of myself mentally and physically if I want to give 100% to my crowd. Also, touring takes a lot of time. It is nice to be able to focus on projects I had put on hold for a while.

Bo: What have you learned from your reflections on so far?

Nur Jaber: You do not have to do what other people are doing, you should do the things that you want to do. It is not about social media and who has the most gigs. Focus on what you have to offer and what your own unique purpose is! Even though it is such a sensitive and personal topic, I think it is important to speak about mental health in the music industry. I had to learn from my agent what anxiety and jetlag meant, it wasn’t until I read interviews with other DJs about mental health issues that I started realizing what I was dealing with. Also, not everyone has empathy for DJs dealing with these kinds of issues, as many people think we should not complain because we have an amazing job. But I do not want to glamourize my life on social media, this is also part of the game. I feel comfortable being true—we’re human beings after all and not machines.

“I am starting to believe that my purpose, to make music, is even greater than before; I must do this to bring hope to my people.”

Bo: How do you keep yourself healthy physically and mentally?

Nur Jaber: I am learning to mostly not drink alcohol during gigs. Mondays are off; I go to the sauna or the steam room and have cozy dinners with friends. Also, I started preparing my own meals for flights. During my Colombia tour, I realized how destructive jet lag can be. Once I woke up and I did not know which country I was in! I love my job though, and I will make music until the day I do not like it anymore. I am doing what I can to listen to my body and ‘refill my cup’ by eating foods that are full of energy and vitality. Meditation helps as well, I try to wake up an hour and a half before my gig and meditate for 45 minutes to prepare myself mentally. It helps me when I get in front of the crowd, I can reach the frequency I want. After the gig I do yoga nidra; I lay down and scan my body from tip to toes. It makes me relaxed and helps me fall asleep.

Bo: Do you miss traveling?

Nur Jaber: Every country I have been to is special in its own way. I miss meeting different people and feeling the energy of each place. I especially liked Japan and Korea and discovering different coffee scenes has been really interesting. I would really recommend trying the coffee wherever you go, it tells a lot about the culture of a place!

Bo: Is it hard to survive quarantine in Berlin?

Nur Jaber: Luckily I was still allowed to get out to get takeaway coffee in this city. I had more time to do sports and produce music. Of course I miss human connection, especially dancing and releasing energy! Lately, I’ve really started appreciating dancing more—my last gig before the lockdown was in Berghain, hopefully, we can dance there soon! However, meditating and gyming works for me now. I have been able to deal with the uncertainty of the pandemic, I think, because I experienced the 2006 War of Lebanon, in which I learned to stay positive despite everything that was happening around me. 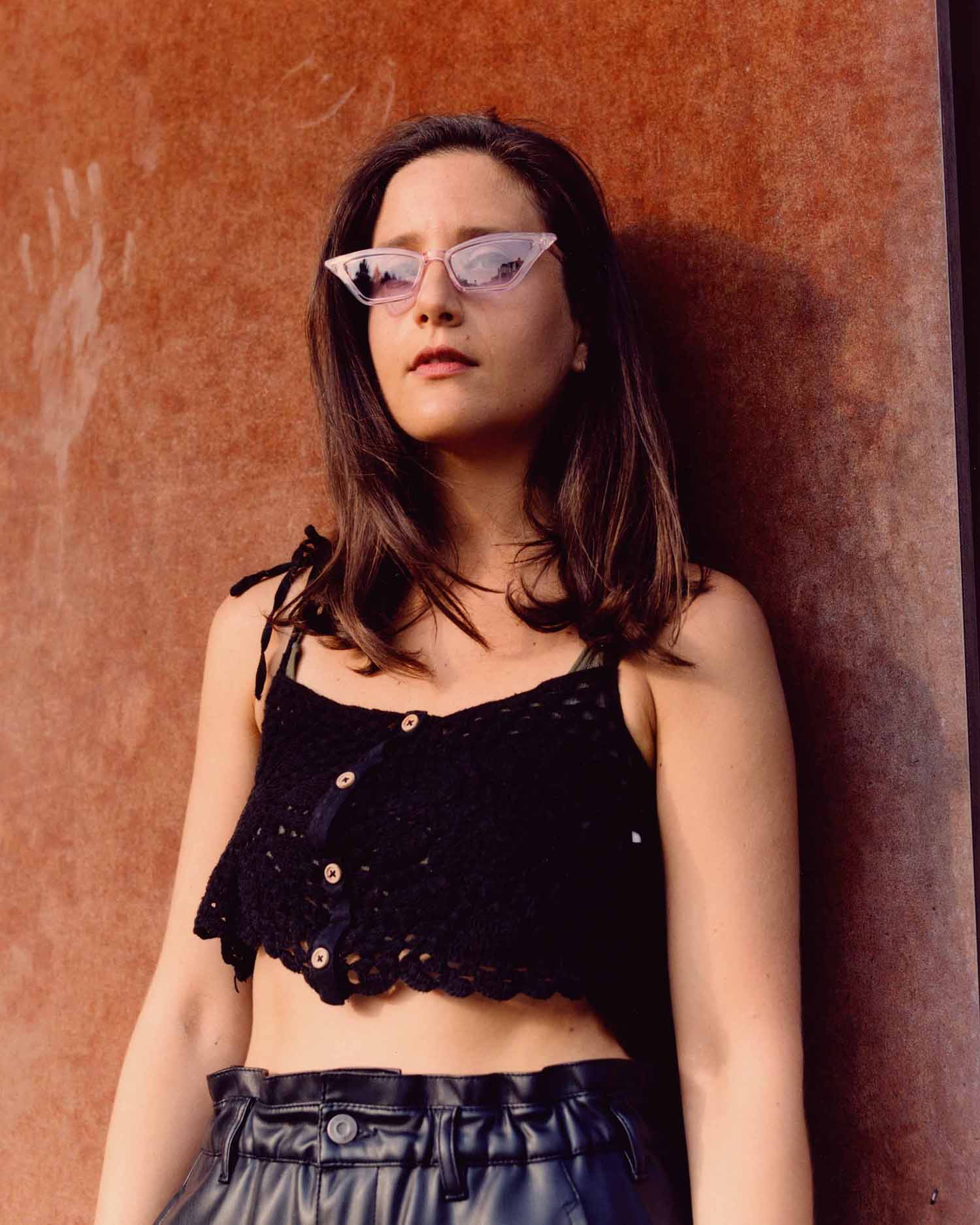 Bo: About Lebanon—you were recently involved with a fundraiser in Beirut. Can you tell me more about this?

Nur Jaber: I was invited to help with a fundraiser organized by Cynthia-El Hasbani. It was hosted by the radio show Hör. We were raising money for the Migrant Community Centre, which is supported by the Anti-Racism Movement in Lebanon, as members have been thrown onto the streets with no food, money, or shelter due to the massive explosion. I started a live stream on my social media and played a set, but unfortunately, I got some hateful and ignorant comments from a few people asking why I only decided to specifically help this fundraiser. They did not understand why I was using the tragedy of the explosion in Beirut to raise money for migrant workers. It makes me sad that people can still find something to say in such a hard time. Everyone needs help, and we are doing what we can to help the community from all sides.

Bo: Do you feel responsible, as a DJ from Lebanon, to help?

Nur Jaber: Yes. As a DJ from Beirut, I want to help out, as my music has originated from what I have been through in Lebanon. The emotions I put into my DJ sets and into my productions, like  ‘A State of Peace’ or ‘A World Where Nothing Else Matters’ and ‘Planet Freedom,’ really come from a place of hope and a search for something better for Lebanon. I am starting to believe that my purpose, to make music, is even greater than before; I must do this to bring hope to my people. We are hardcore warriors, rising back up tall and strong after every fall.

Bo: How do you see things going in the future?

Nur Jaber: My dream is to have my music reach films; I want to be able to dramatically tell the story of a specific scene, maybe more for classical films. I just launched a new label IF ONLY, in which I focus on classical and ambient music. It would be awesome if my music could be played in the background of meditation or yoga classes as well. In the end; my spirituality is also in my music.