Why does God want us to make art? A film about the 80s Christian rock scene reveals fundamental truths about joy

“I want to make Jesus famous!” So says eager born-again teen narrator Erik (Andrew Eakle) in the new film Electric Jesus. The movie is a half-loving, half-parodic tribute to the Christian rock and metal scene of the 1980s. As such it spends a good bit of time thinking about the question of why (or whether) God wants you to make music and art. For Erik, and for many people in the scene, the answer is obvious: you make music to try to bring the word to as many people as possible. The filmmakers, though, ultimately see a different relationship between God and creativity—one that’s less about evangelizing, and more about joy.

Electric Jesus is directed and written by Chris White, who also provided song lyrics, and features original music from Daniel Smith, the force behind venerable indie rock collective Danielson. The fictional biopic tells the story of the quick rise and quicker fall of the teen hair metal band 316, which tours during the summer of 1986 behind its (inadvertently R-rated) single “Commandos for Christ.” 316 is joined on tour by young runaway bluegrass gospel singer Sarah (Shannon Hutchinson). Erik, the film’s narrator and the band’s soundman, and a true believer in both rock and Christ.

“I kind of grew up in evangelical Christian youth group culture in the ‘80s,” White told me by phone when I interviewed him and Smith. “There was a lot of encouragement to listen to Christian pop music. CPM would be the shorthand.” Smith, whose father is the well-known Christian singer-songwriter Leonard Smith, grew up in a similar milieu. “I think there was one year my dad made me listen to Christian music as a kind of policy. But he’s a musician himself and so after taking us to Christian concerts for a year he said, ‘Enough! This stuff’s terrible.’” 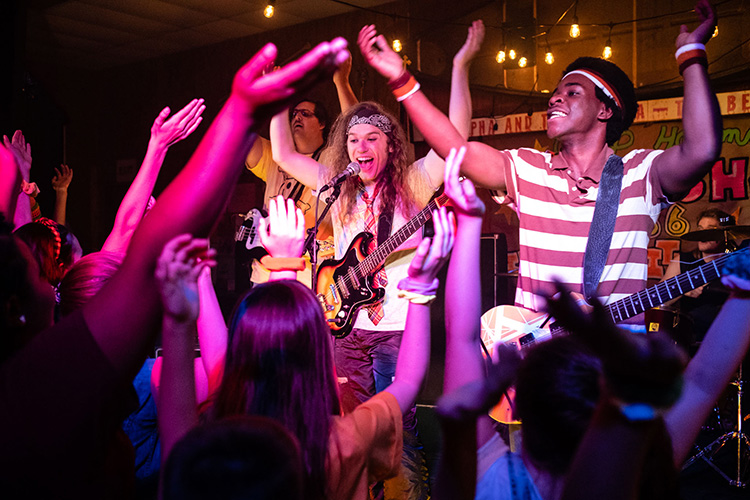 Smith himself has made a career of performing not-terrible music, with Christian themes, that doesn’t fit easily into the category of Christian rock. “I didn’t even want to be on a Christian label,” Smith says of his first records. Danielson Famile music is idiosyncratic orchestral indie pop, with weird falsetto vocal yips and intricate Brian Wilson-esque songwriting. “I would always insist that Danielson is not Christian music,” he says. “It’s for everybody.”

For Electric Jesus, though, White asked Smith to write more straightforward Christian hair metal, with power pop chord changes and catchy hooks. “If you watch the movie and think, ‘This is the worst Christian metal song I’ve ever heard, but I can’t stop singing it,’ then we’ve succeeded,” White laughs.

Smith is eager to point out that he also got to write the music for made-up black metal band Satan’s Clutch—a group which wears corpse paint and purportedly bites the heads off ferrets onstage. White says Satan’s Clutch was inspired by Jack Chick’s infamous evangelical comics, which warned of the evils of sex, drugs, rock and roll, witchcraft, and secular humanism, and inevitably ended with infidels and sinners dumped into hellfire. 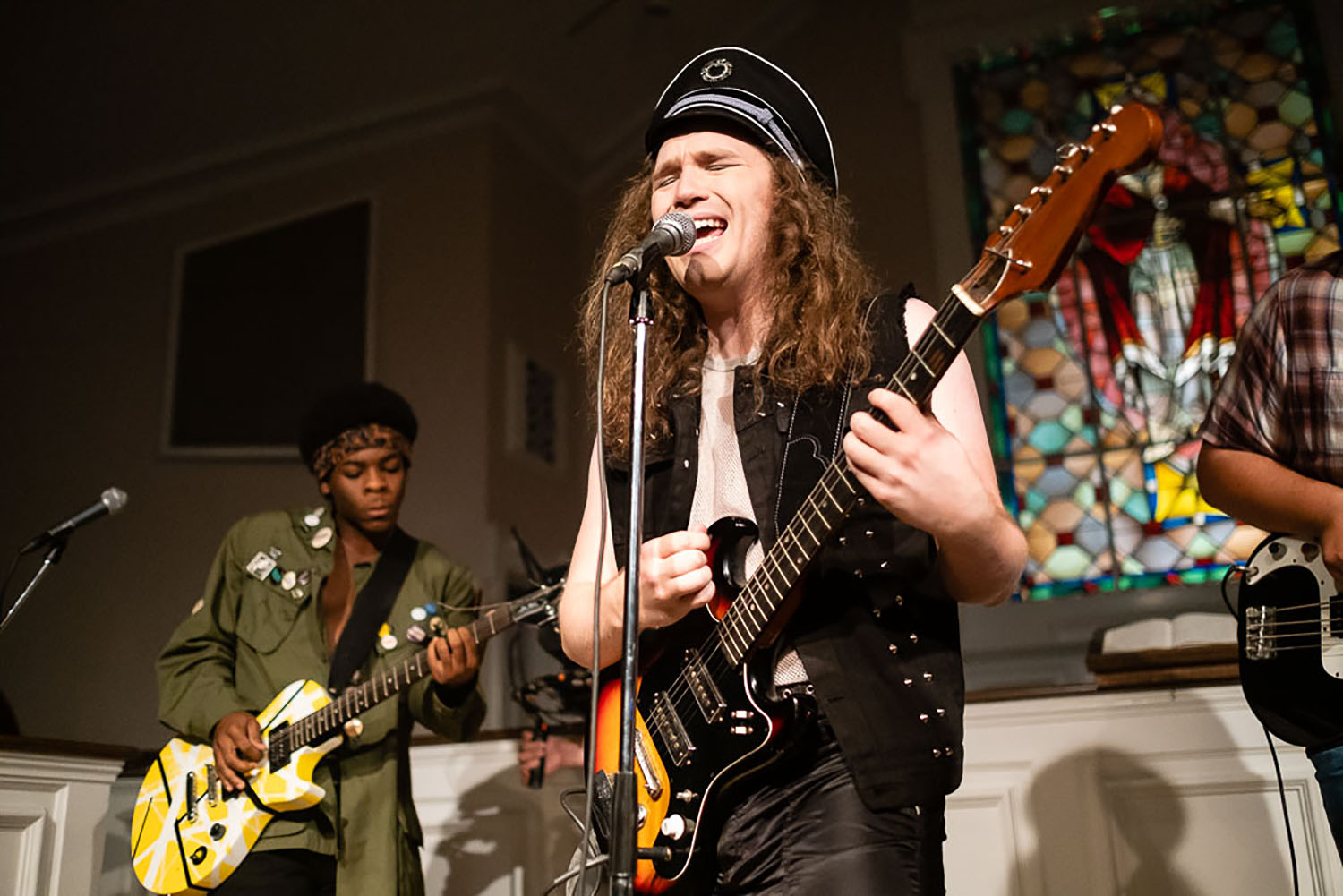 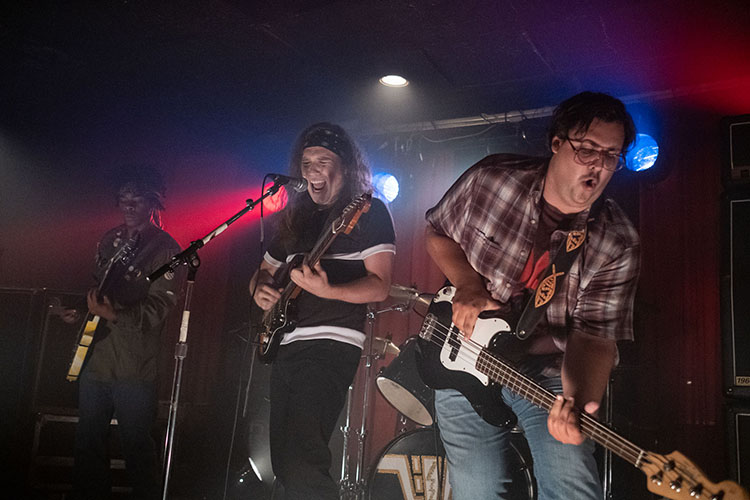 Smith takes as much pleasure in penning faux devil’s music as faux Christian music, in part because he sees all creativity as God’s work. “Creativity to me is a spiritual journey,” he says. “A lot of times, if I’m writing songs, I’ll just be alone doing that and I very much feel like there’s a mystical process there. So yeah, the one who creates all is still creating.”

White adds that creativity is not just a connection to God, but a connection to others.  “Artmaking, for me, has always been the activity of friendship building and community,” he tells me. “Collaborating with and befriending Daniel has been part of the joy of making the movie. It’s all over Christian culture, you know—the joy of the Lord. This is, like, a three-year collaboration with Daniel, writing songs and just listening to music together and back and forth. And it’s complete joy.

“The kids in the movie are so obsessed with evangelizing, they forgot that the gift was they got to be friends for a summer and go on the road on this strange trip. You know, that’s pretty great. It might be enough for a lifetime, for some people.”

It’s not like Erik and 316 never have any fun though. Part of what’s great about the movie is the way the kids often forget their evangelical mission, and their dreams of hitting it big and are swept up in just being teens with friends and a lot of loud music.

One of the high points of the film is an extended sequence where the teens turn on Stryper’s “To Hell With the Devil” and bounce around the room lip-syncing and air-guitaring and generally being silly. The lyrics are hair metal godly (“We speak of the devil/He’s no friend of mine/To turn from him is what we have in mind!”) but the point isn’t to convert anyone or to make Jesus (more) famous. It’s just to rock out with your buddies—those buddies including, in this case, Sarah, 316, White, Smith, the audience, and God himself. Electric Jesus doesn’t want to save you. But it does want to prove that Christian rock can have soul.