The former presidential hopeful on lessons learned from the campaign trail

The 2020 Democratic primary exhibited a roster of presidential hopefuls, most of whom, in any other year, would thrill Democratic voters: Stalwart senators, emerging leaders of color, and even socialists. One candidate, however, stood out as a most unlikely contender. His name is Andrew Yang. He is an Asian American entrepreneur with deep ties to Silicon Valley. Even more unlikely than his very existence in the political space, Yang made improbable inroads energizing rural, white voters. He was, before he dropped out in February, the Democratic candidate boasting the largest overlapping Venn diagram with Trump voters (The Deplorables!).

Yang’s supporters consist of some strange bedfellows: he was the internet’s favorite candidate and champion of poor working whites. And yet, in the age of polarized politics, his wonky economic-first platform leaves him awkwardly in the middle of the left-right divide, avoiding social issues and partisan acrimony that activate our deep political identities.

Hours before our interview on August 11, the Democratic National Convention had announced its program and speaker lineup, which Yang was conspicuously absent from. (“I’ve got to be honest I kind of expected to speak,” he tweeted upon learning he was not invited). On our call, he was—perhaps understandably—totally humorless, irascible, and even surly, and about ten minutes into our 30-minute interview, he said he was running out of time. Two days later, Yang was invited to address the convention for two minutes—a pittance of time that belies the candidate’s impact on the American public’s imagination. No longer a presidential contender, Yang is currently heading up Humanity Forward, a non-profit that injects many of his popular economic policies into the American imagination. No longer on the trail, occupying the periphery of the Democratic Party, one wonders: is Yang taking a timeout from American politics, or, is he out of time?

Alex Hodor-Lee: Hey, Andrew how are you? Where have you been quarantining?

Alex: I wanted to ask you, are we living in a good economy or bad economy?

Andrew: We’re in a devastating time for millions of Americans, and it’s hard to feel optimistic when our legislators can’t come together on a relief bill that would be vital to help millions of us weather this crisis. It’s a very challenging time.

“I certainly think that automation is being sped up by this pandemic, and we’ve lost millions of jobs for good.”

Alex: What’d you learn about America while running for president? Your economic message appeals to a lot of Americans but doesn’t activate the partisan identities we’ve come to associate with American voters—do you worry about how polarizing the electoral process has become?

Andrew: I learned a lot. I think that the issues that Americans are most concerned about are the ones that are affecting everybody. And so, I certainly think that automation is being sped up by this pandemic, and we’ve lost millions of jobs for good. More rapidly than anyone had ever imagined. So my campaign was based upon the things that I think we can come together and solve for. And so, it wasn’t a calculation on my part so much as just genuinely the way I see the issues we’re facing. But I agree that unfortunately, we have polarized political identities that are making it harder for us to come together and solve the problems that affect everybody.

Alex: You often recall an interaction you had with a woman in Ohio. She said: ‘You know, change is a four-letter word around here. The only change we’ve seen the last 20 years has been bad.’ What does that mean?

Andrew: What it means is that for many Americans they’ve seen things change in their communities. And they’ve seen things go downhill rather than uphill and so when you say to them things are going to change, they don’t necessarily respond to that positively. I’ll tell you millions of Americans know we need to change the way we’re doing things now and our challenge together is to make it so that change is good. That we actually make the right changes moving forward. Instead of just allowing the problems to grow and grow until they’re out of control. This is something that traveling the country, I began to feel very deeply. We need to show folks that we can do things better. That confidence will become a positive cycle. If you actually do things right, then people actually begin to believe more in your ability to do things right and you can solve bigger and bigger problems. 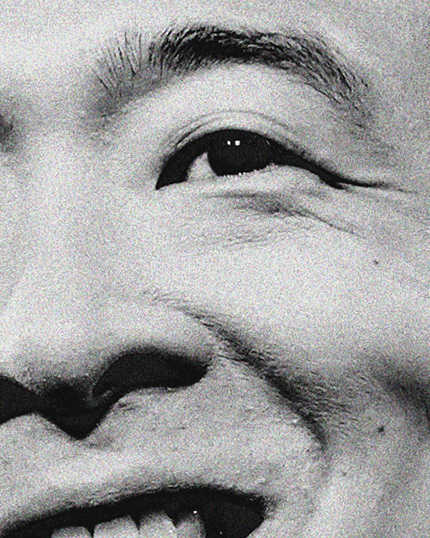 Alex: How did it feel running as the first major Asian American candidate?

Andrew: Being the first Asian American man to run for president as a Democrat was a real source of pride for me, but I do think that it made it a learning experience for many journalists to figure out how to cover the campaign.

Alex: Did the process and exposure make you rethink your own identity at all?

Andrew: Certainly, it led me to understand this country better. Seeing so many Americans in so many communities. You learn a lot from people at every stage. For me, I took a lot of joy from the fact that many people—not necessarily Asian Americans—came to me on the trail and said that my campaign made them feel excited about politics for the first time, or that someone who was a little bit different than the usual political figure could run and succeed. 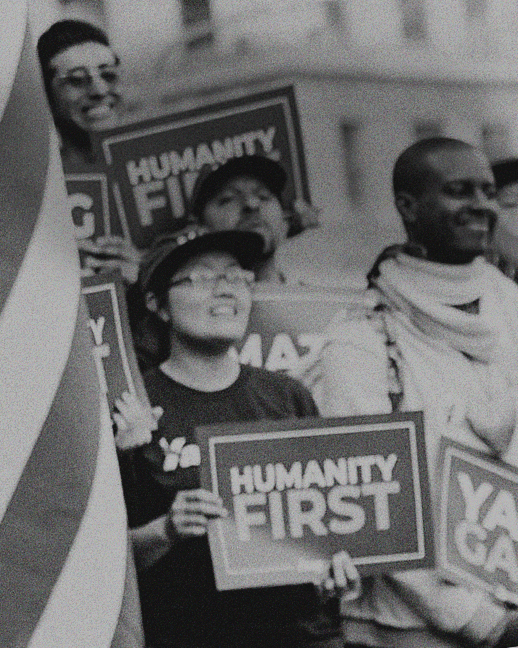 Alex: Your signature policy proposal, universal basic income, seems all the more realistic in a post-COVID world, especially since so many Americans are receiving cash relief. Do you feel there’s more reality or political willpower around UBI?

Andrew: Right now 74 percent of Americans are for cash relief, including the majority of both parties. So I think that the tides are turning very quickly. But I agree right now that many people aren’t engaged with politics and don’t get that policies are relevant to them. That’s something that I’d love to help change.

“Being the first Asian American man to run for president as a Democrat was a real source of pride for me, but I do think that it made it a learning experience for many journalists to figure out how to cover the campaign.”

Alex: You’ve also expressed that one way to offset automation-induced job loss is through a data tax of sorts—can you explain your thinking and your new project the Data Dividend?

Andrew: Right now our data is getting sold and resold for tens of millions of dollars each year and we aren’t seeing a dime of that. We need to think much, much more deeply about what we want for our people in an era when we’re all giving up digital breadcrumbs at every moment. And California passed a law that activates a new set of privacy rights for citizens that we’re hoping ends up being a template for other states around the country.  We’ve launched the Data Dividend project to help activate people’s data rights, saying ‘Look, if Facebook and Google and these other companies are going to make millions of dollars a year off your data, shouldn’t you get your fair share?’ The goal is that people will become energized and activated around how important our data rights are. On the policy side people can have different opinions about whether there’s a compensation mechanism or some other policy, but I think that no one looking at it right now thinks we’re doing it in the right way.

Alex: One of the more sobering moments on the 2020 campaign trail was when you declared: ‘It’s both an honor and disappointment to be the lone candidate of color on the stage tonight.’ You were the last candidate of color remaining, and yet, you didn’t poll particularly well with voters of color—why do you think that is?

Andrew: Again, 74 percent of Americans are for cash relief. I think the energy around universal basic income is going to grow and grow as an obvious common sense way we can help millions of Americans get through this time. So I’m optimistic that universal basic income is here to stay and will become front and center in our policy discussions as to what we can do to help both manage this crisis and improve people’s lives. 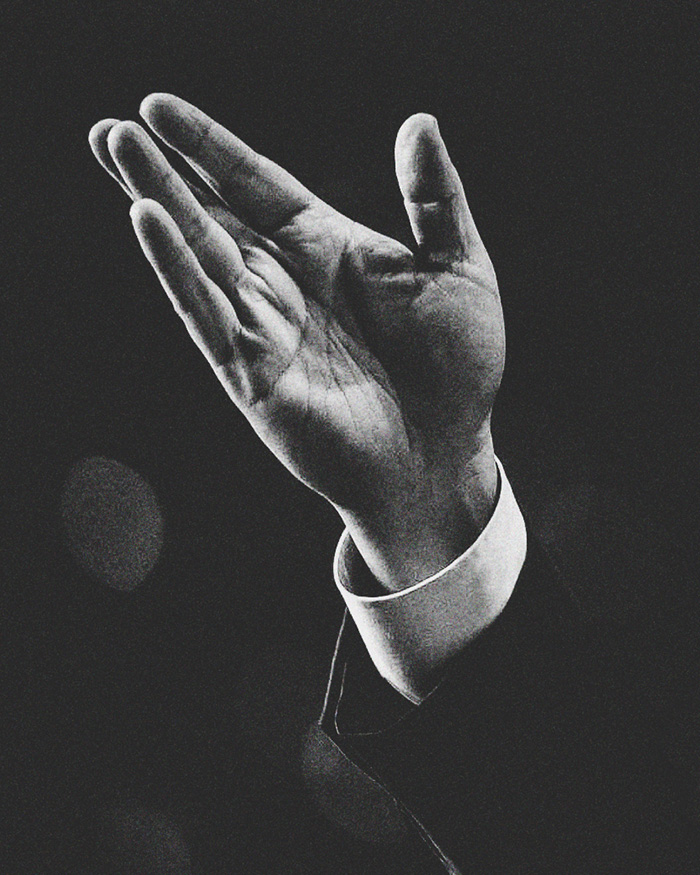 Alex: I’m curious about the math of UBI—how would you pay for it?

Andrew: You know, Alex, I really only have time for one or two more questions, so I’m not sure what you’re thinking here.

Alex: Oh. Let me skip ahead to the important question. I’m surprised by the number of young people who have expressed that they don’t plan to vote. Make the case: why should we vote?

Andrew: It’s a great question [laughs]. To you young people who feel like politics doesn’t matter to you, I get it, I understand it, you’ve seen a lot of things go wrong without our government stepping up in the right way. What I’d say to them is that we need to give ourselves the chance to start digging out of the deep dark hole that we’re in. Joe Biden would be a vastly superior leader than Donald Trump in terms of understanding the depth of the hole we’re in and starting to dig us out. My ask is that people give Joe a chance.