For Document's Spring/Summer 2020 issue, photographer Laurence Ellis traveled to Australia, Zambia, and Vietnam to investigate what might become of the planet

Veni, vidi, vici. For thousands of years, Western culture has come, seen, and conquered. Europe and the United States built their empires in Rome’s image, incorporating the ancient civilization’s language, institutions, and beliefs that would best enable them to acquire wealth and power for the patrician few at the expense of the conquered many. There is much wisdom to be found in ancient Western philosophy, but anthropocentrism—the idea that humans are set above the rest of creation—is not one of them. “Total dominion over the produce of the earth lies in our hands. We put plains and mountains to good use; rivers and lakes belong to us…. In short, by the work of our hands, we strive to create a sort of second nature within the world of nature,” wrote Cicero, clearly laying out the belief that man’s destiny was to rule the natural world. While some ancient concepts—like geocentrism or the idea that lightning is caused by the deity Jupiter’s rage—have long been dismissed, Western thought clings to the belief that humankind is the most important entity in the universe. Ironically, this may prove to be a fatal flaw. If we are to save the planet from ourselves, we need to face the possibility of our mortality—not only our own inevitable demise but the Earth’s.

The wildfires that devastated the Australian continent are a harrowing reminder that we’ve reached the threshold to our worst-case scenario but still struggle to grasp the stakes. According to scientists, human-caused climate change has caused Australia’s ongoing cycle of droughts, wildfires, mudslides, and floods to worsen. “We are running from the pain and disorder we have created,” says Judy Atkinson, head of the College of Indigenous Australian Peoples at Southern Cross University and the author of Trauma Trails: Recreating Song Lines: The Transgenerational Effects of Trauma in Indigenous Australia. “The world will not destroy itself, but we humans will destroy our capacity to live here.”

The greatest hurdle may not be scientific, or even ideological, but a baser inability to reconcile ourselves to our own mortality and the avoidable, increasingly inevitable casualties that will emerge from generations of negligence, arrogance, and greed. “[Western cultures] are not comfortable with negative emotions, experiencing sadness, loss, and grief, and accepting it,” says Alison Spodek Keimowitz, an assistant professor of chemistry at Vassar, specializing in the environmental sciences and pollution. If Westerners cannot process their own human mortality, it’s no wonder that they cannot fathom the possibility of planetary death. 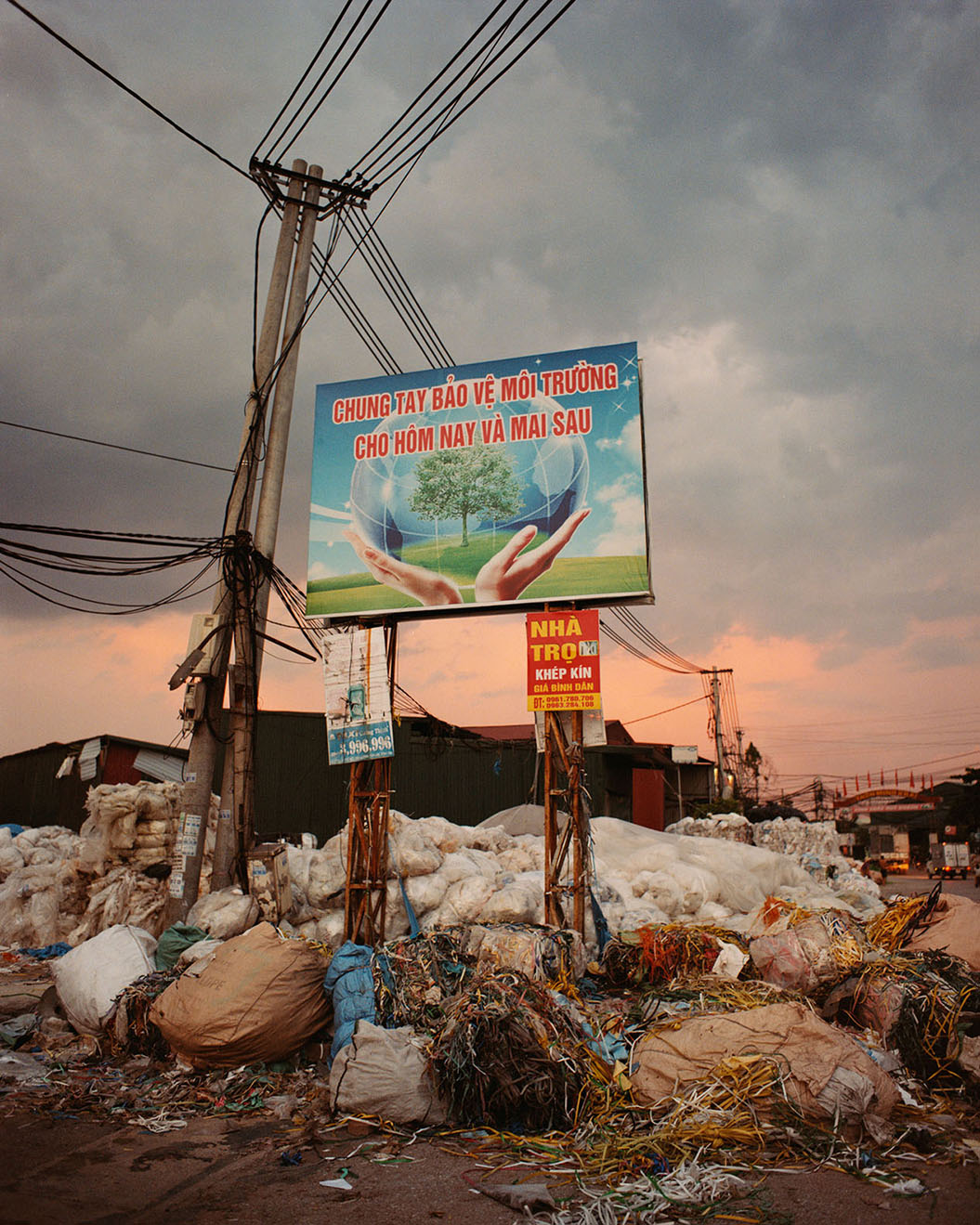 Piles of plastic waste in Minh Khai, a ‘plastic craft village’ eight miles west of Hanoi, Vietnam. The river delta community is one of the main centers of the plastic waste cottage industry in the country, processing 650 tons of plastics per day.

To cope, Western culture holds death at arm’s length, whether by deliberate ignorance, geographic lengths, or feigned amnesia. An American or a European might not consider regularly, for instance, how many “recycled” water bottles might wind up in Minh Khai, Vietnam, the “plastic village” where financial stability hinges upon imported and smuggled surpluses of global waste; or consider the pollution caused by a government-owned lead mining and smelting operation that ran unregulated for nearly a century in Kabwe, Zambia. As long as capitalism’s proverbial wheels were turning and its effects remained unseen and unfelt, the West has been able to avoid confronting the economic and environmental consequences of imperialism.

For Document’s Spring/Summer 2020 issue, photographer Laurence Ellis brought us face-to-face with a present that could become our collective future should we fail to act. In our first digital installment, we travel to Minh Khai, eight miles west of Hanoi, and in the coming weeks, we will visit the desert plains of Australia and Kabwe, Zambia.

Now more than ever, we need to create challenging, critical practices of self-awareness and empathy. “Indigenous people generally have a place of reflection,” says Atkinson. “A ceremony [for] trying to understand what is happening around them.” These images can be a starting point for creating this kind of ceremony. Productive action lies on the other side of an appreciation for the systems of power we’ve created, our planet’s mortality, and awareness of the work still to be done. 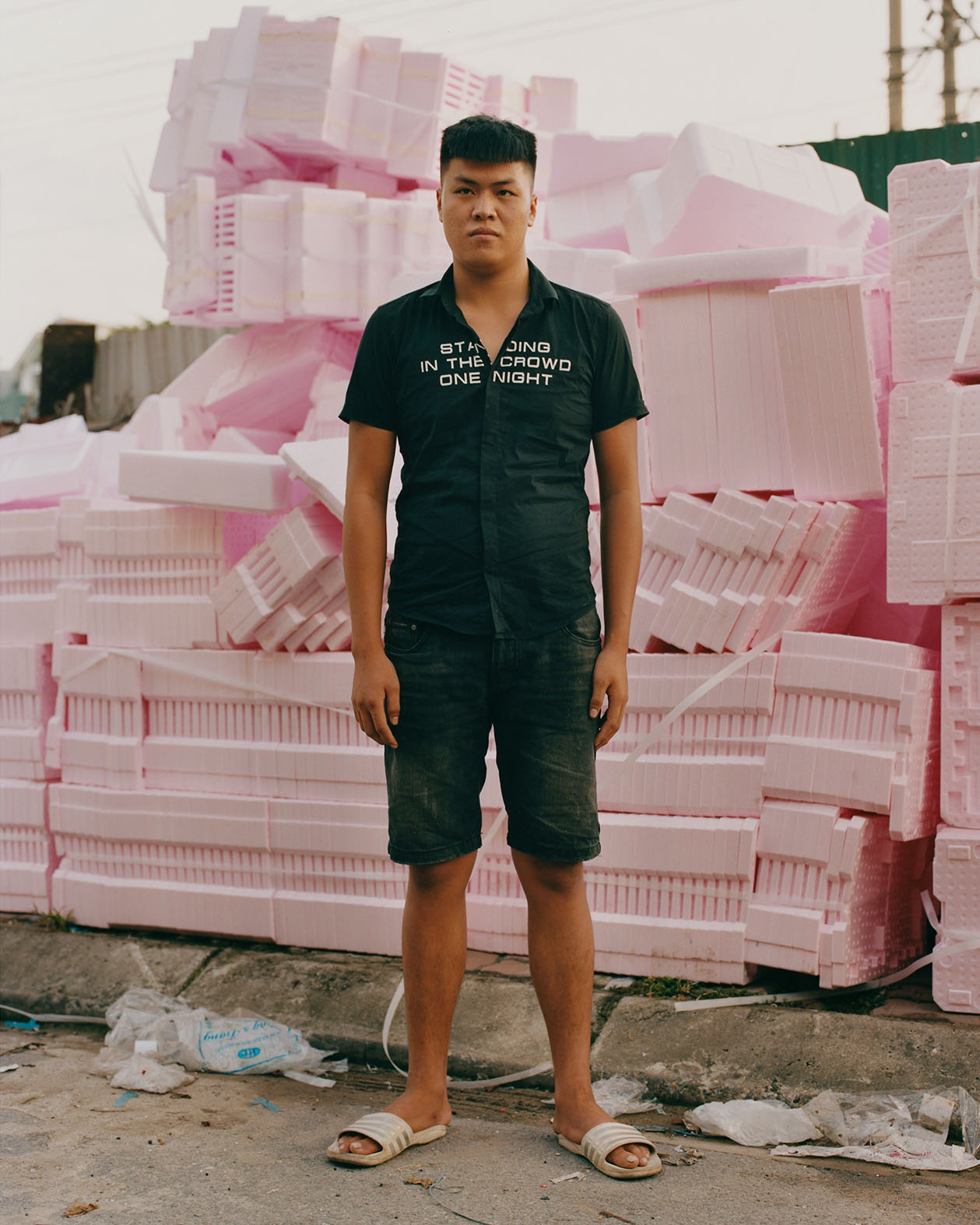 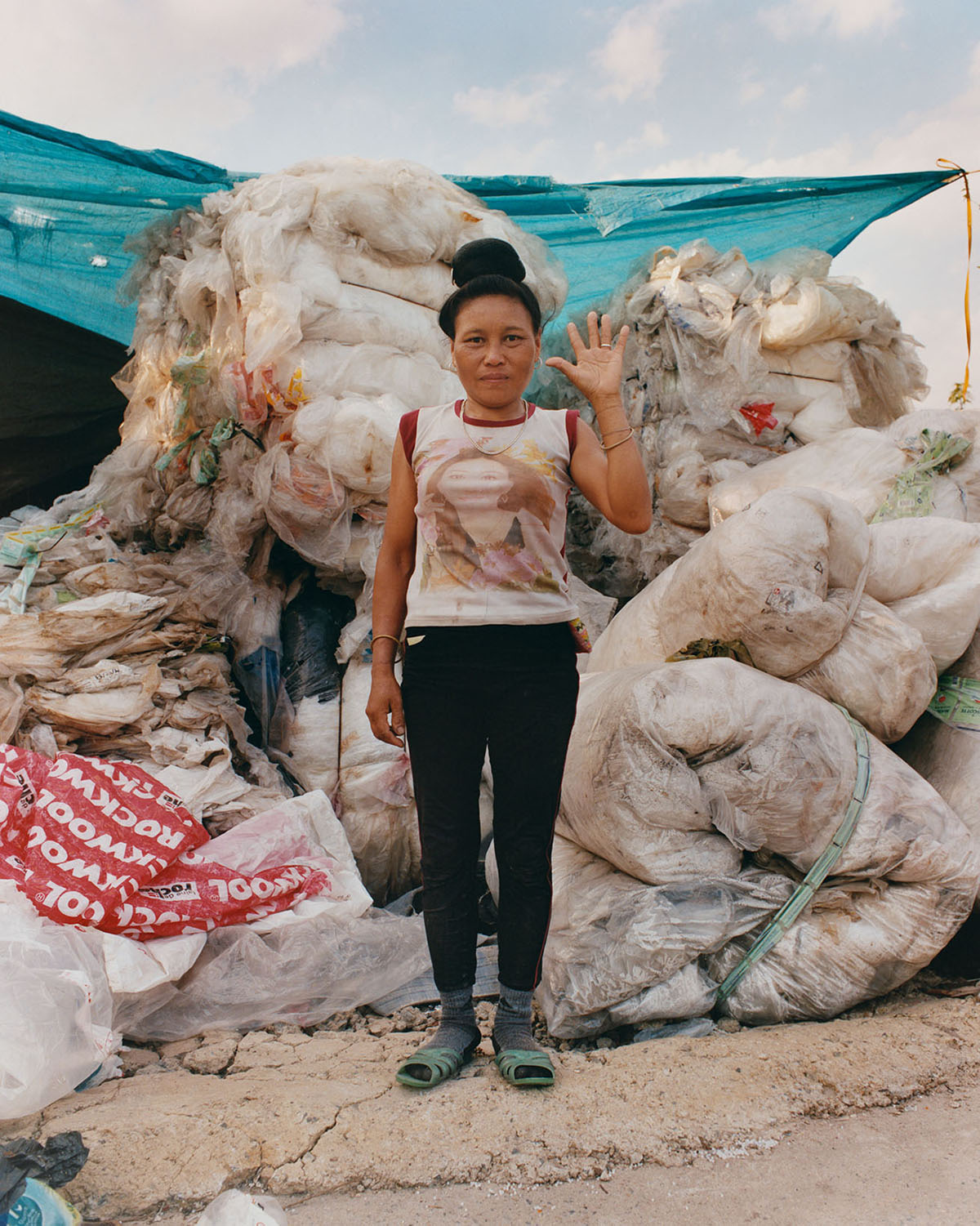 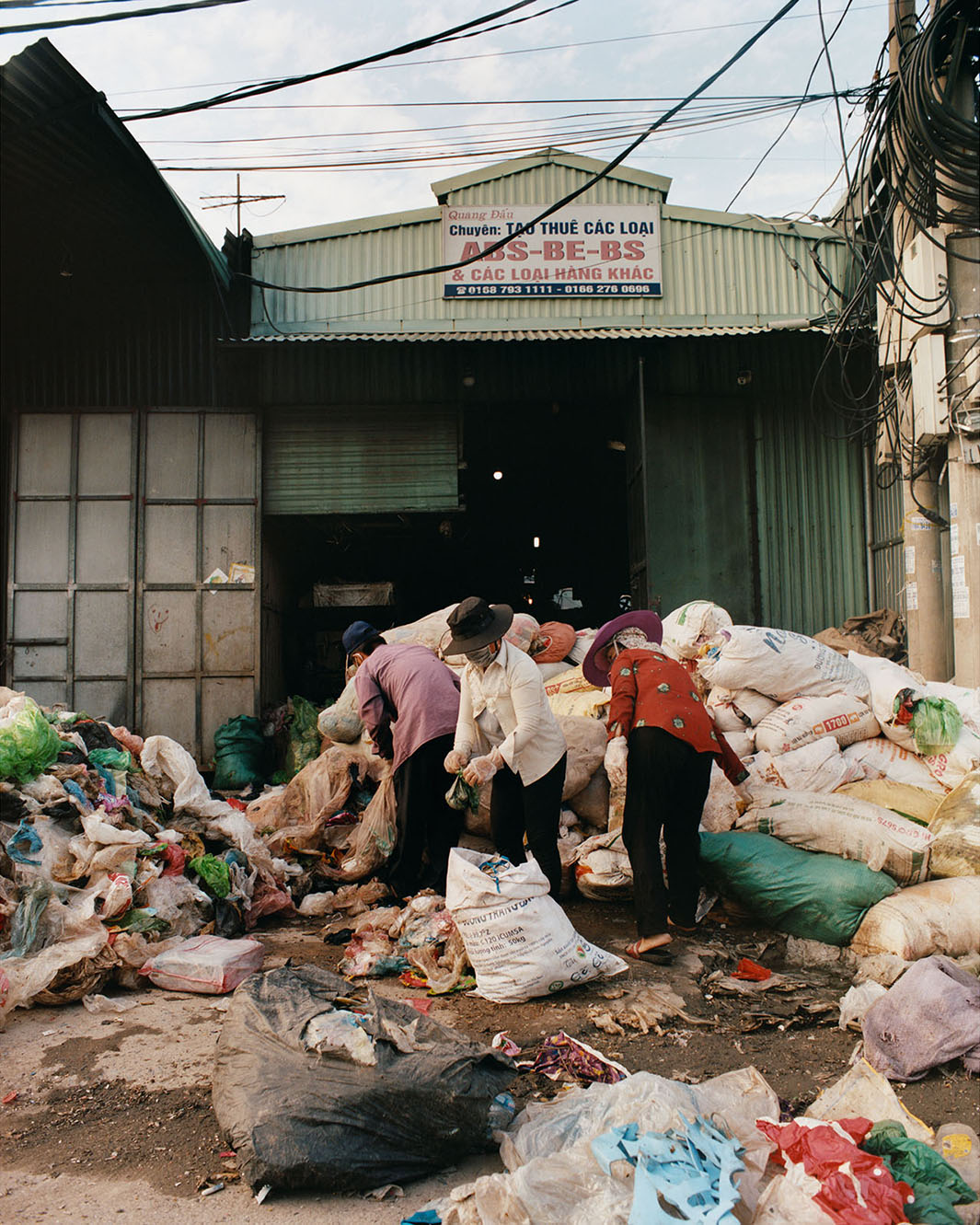 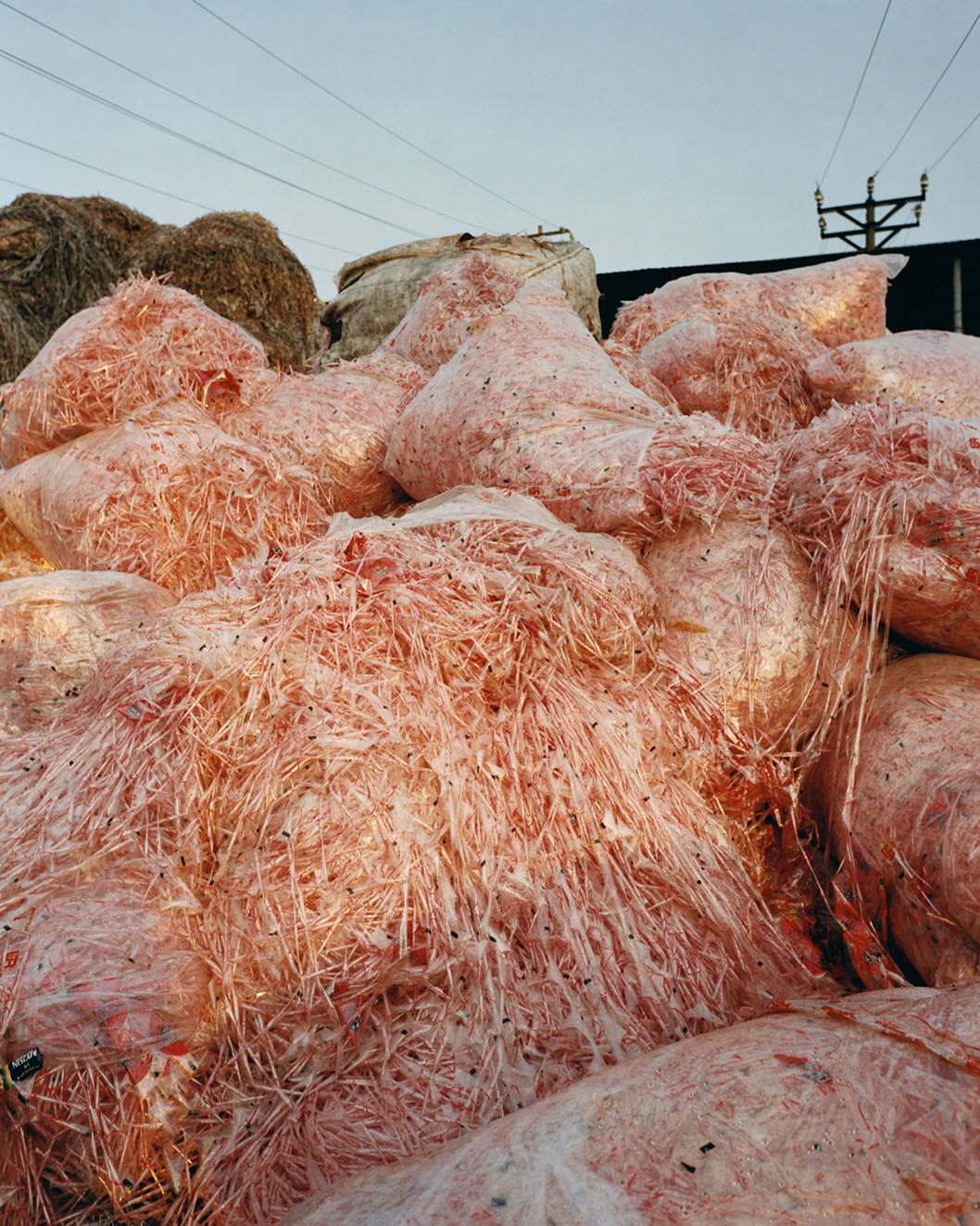 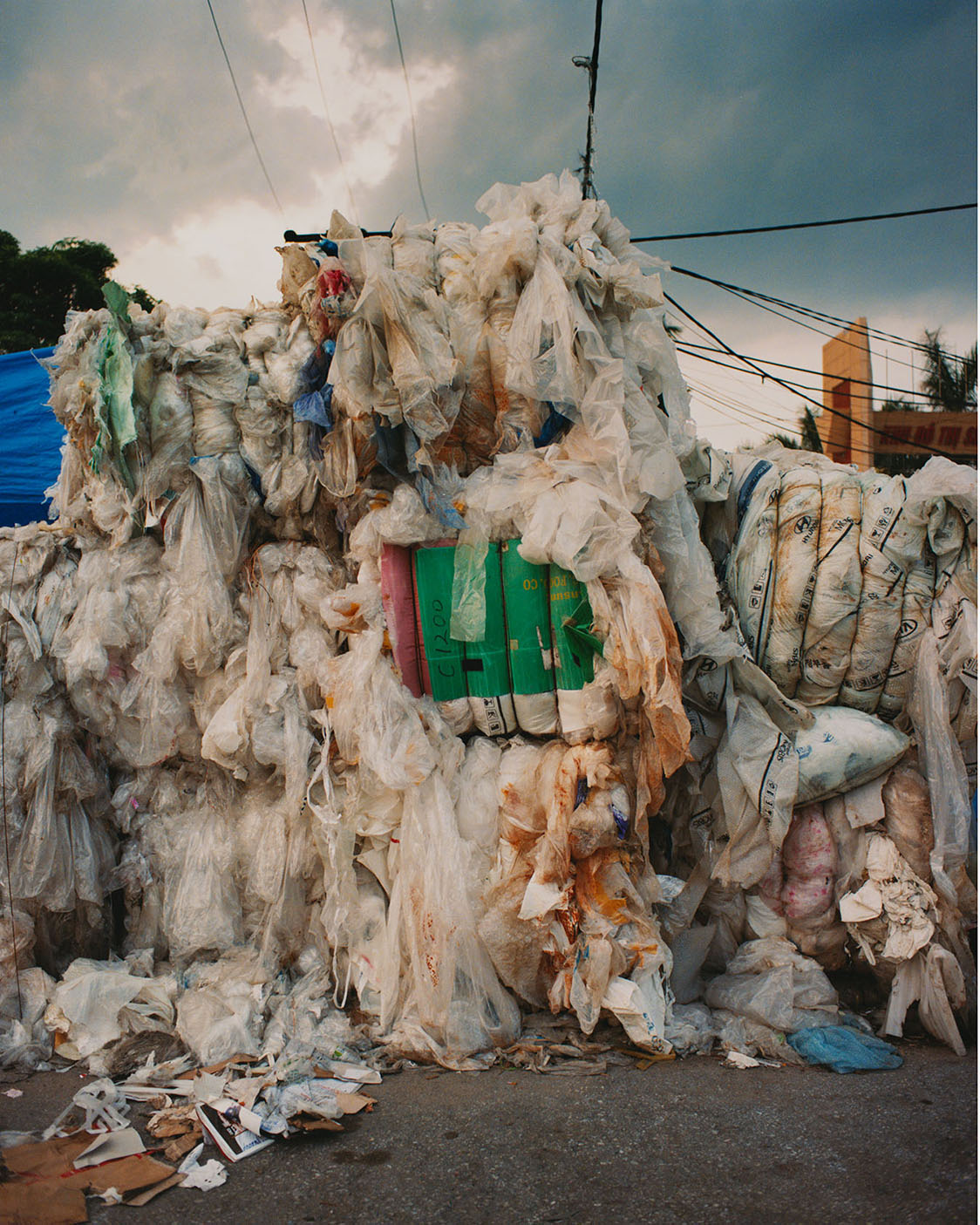 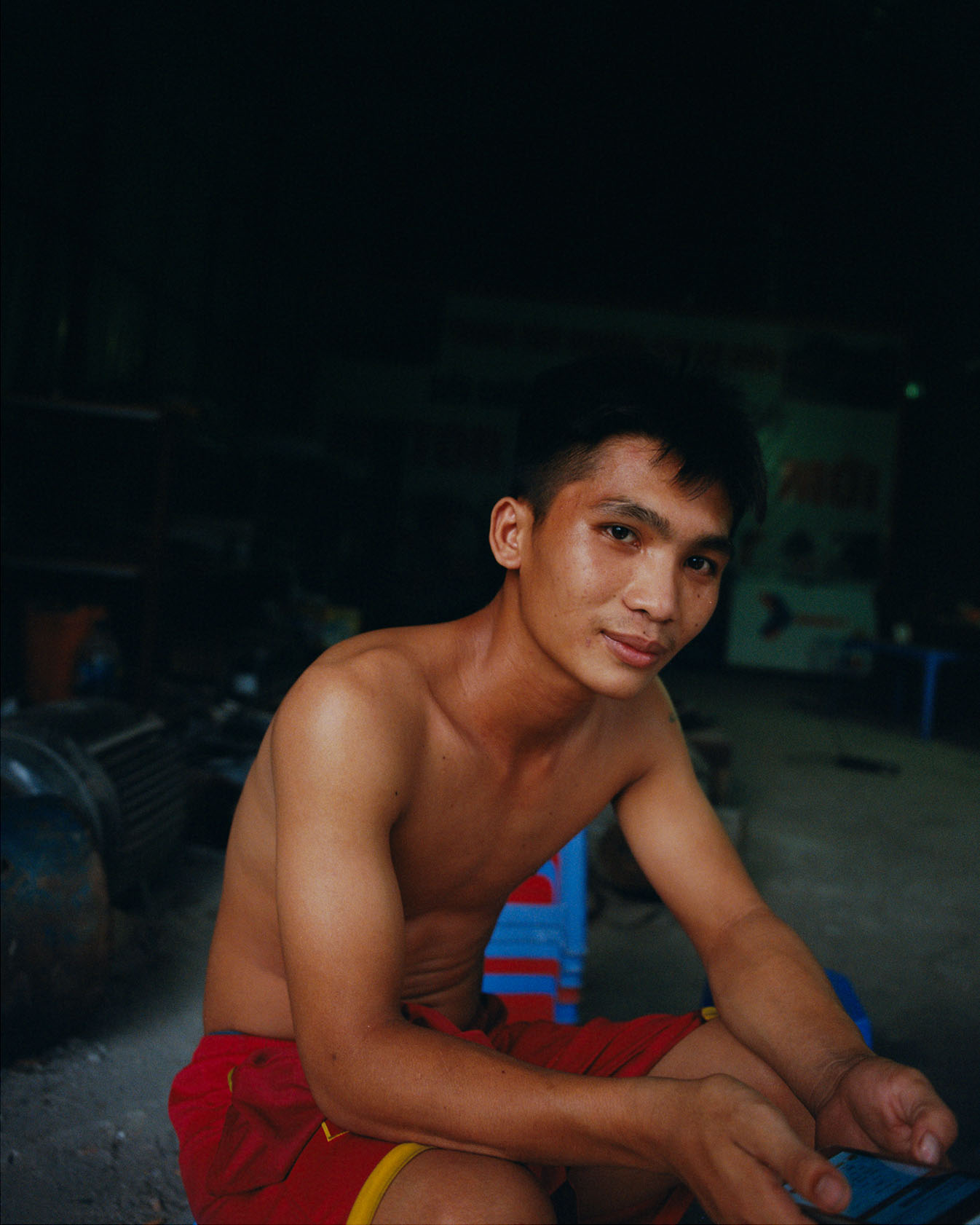 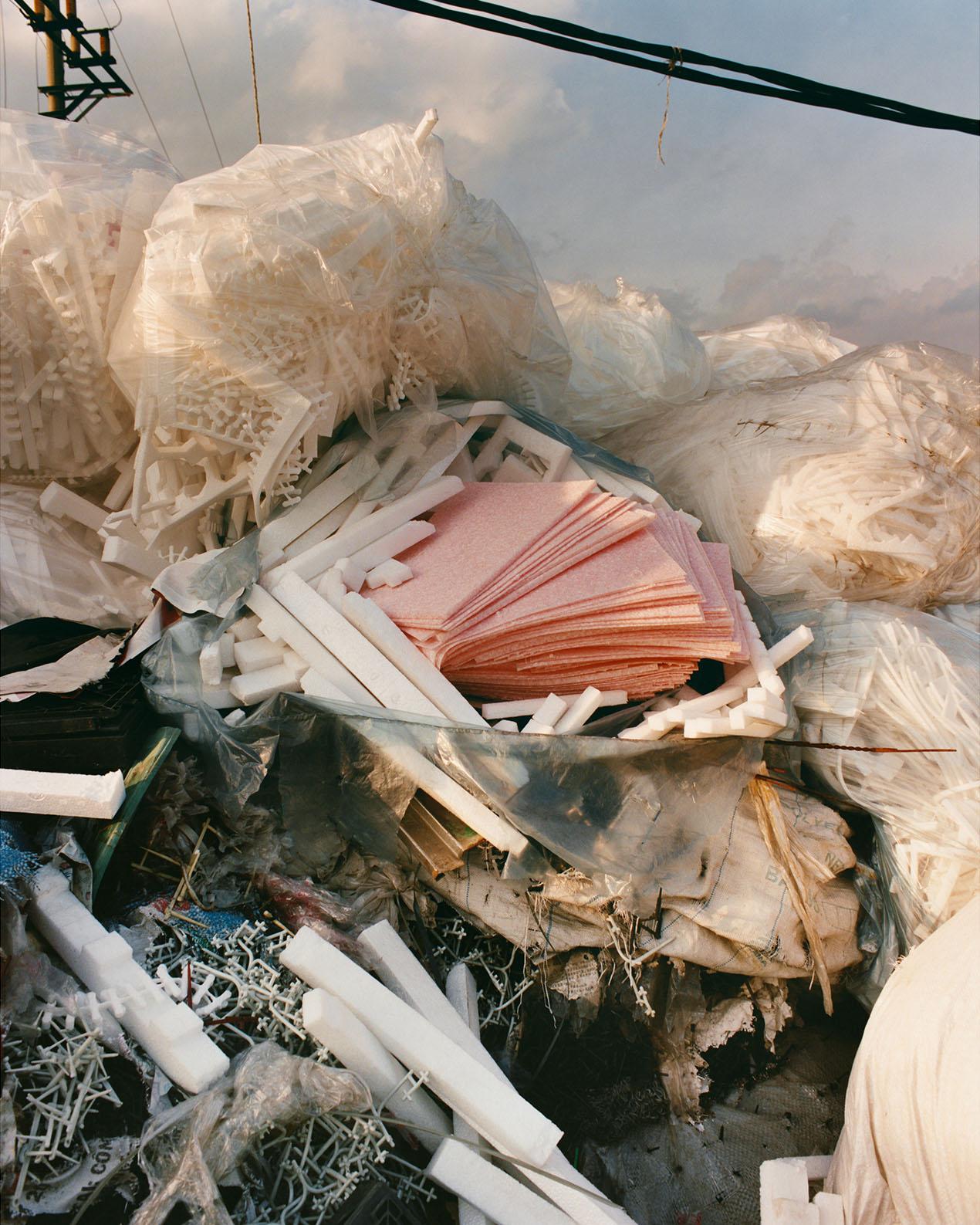 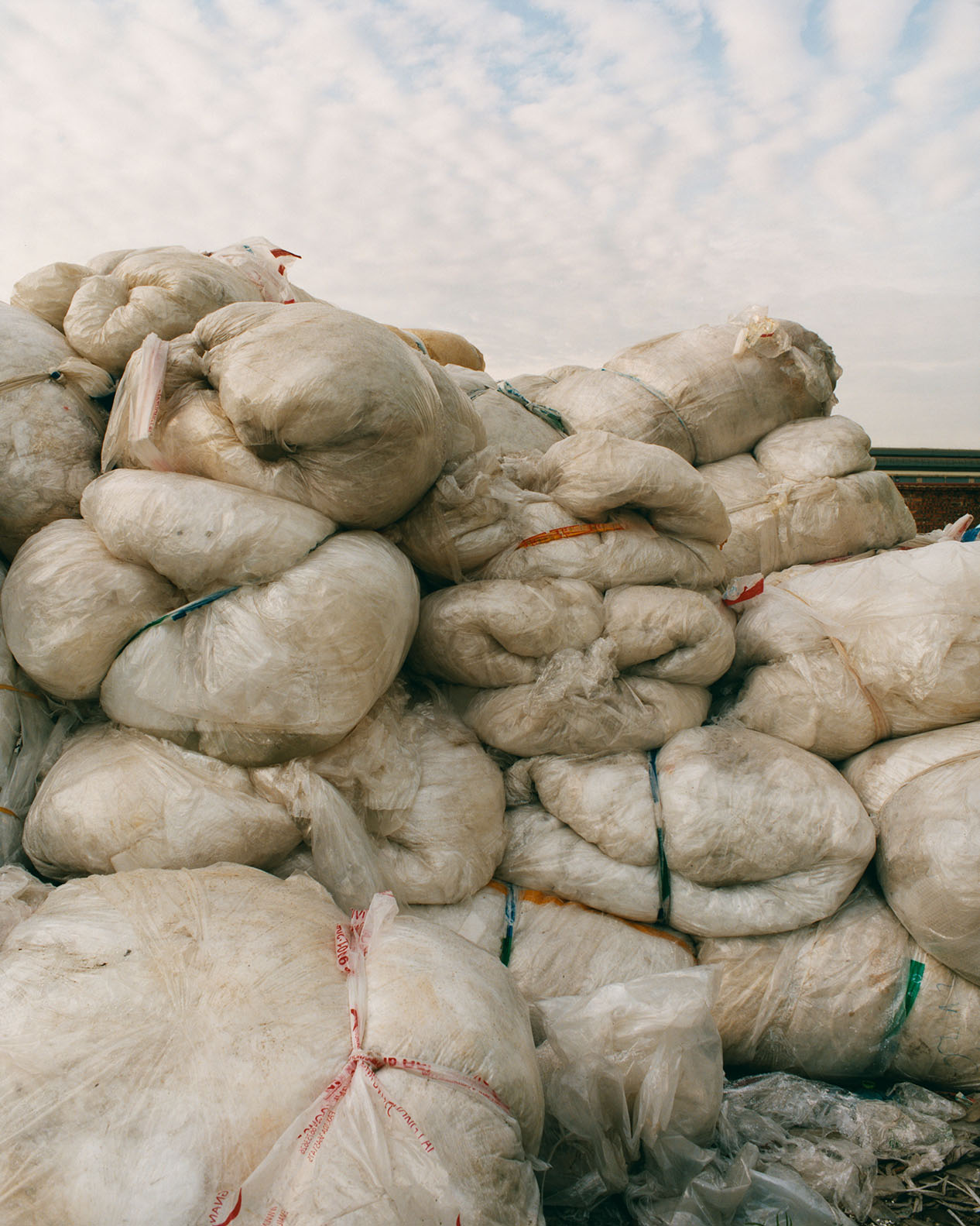 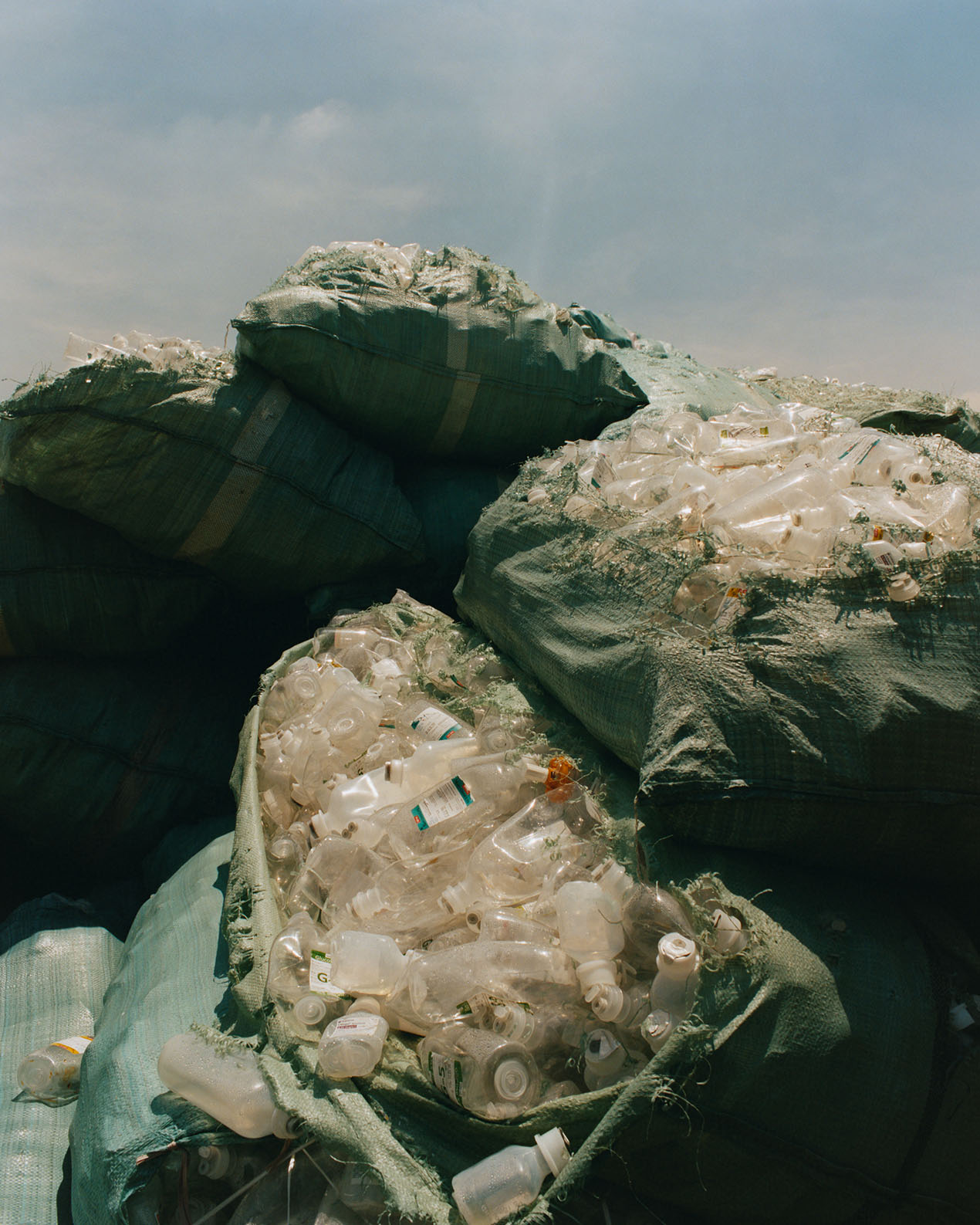 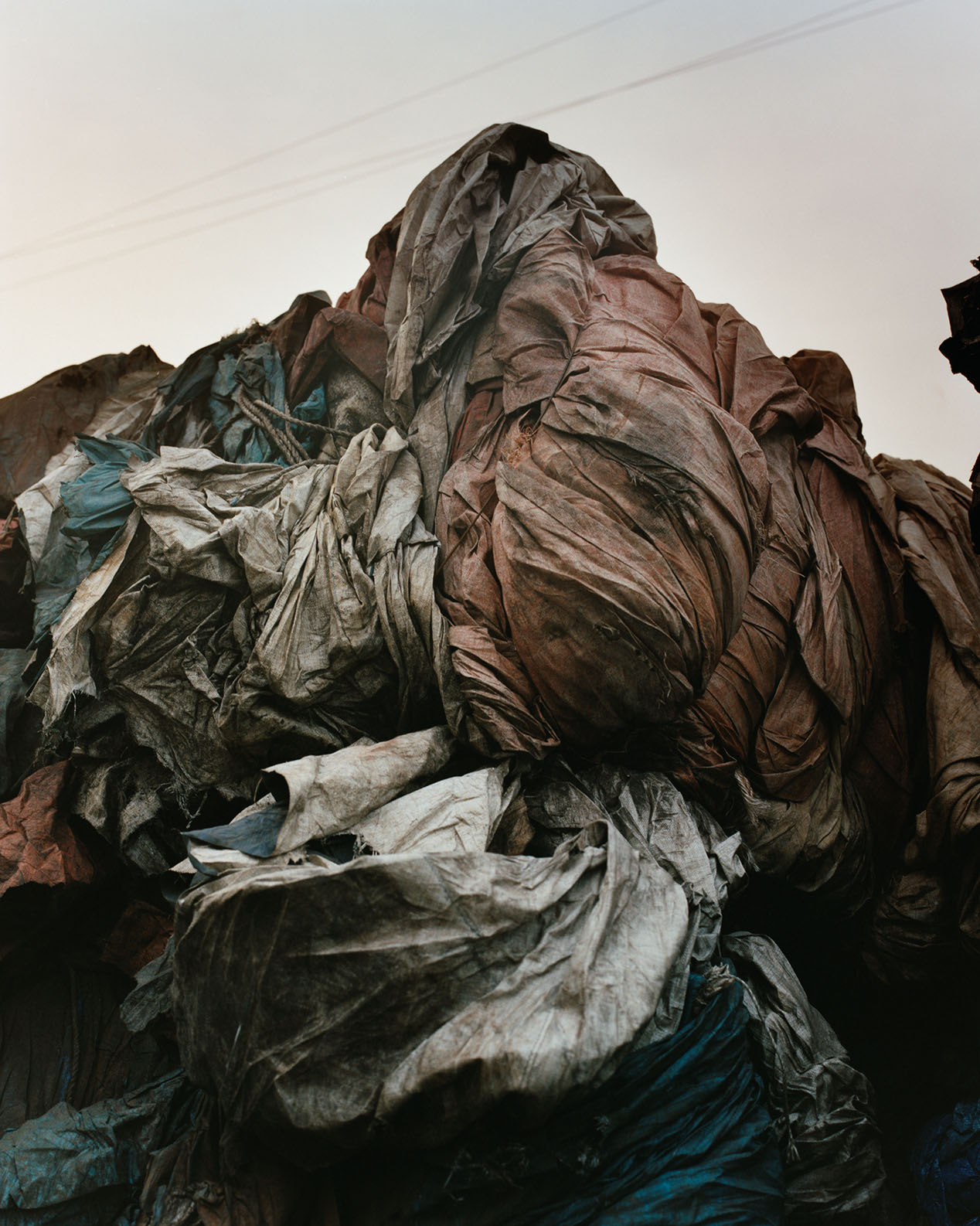