The Library of Congress has acquired Walker’s archive, placing his work alongside that of other Black cultural luminaries

Now in his 80th year, African American photographer Shawn W. Walker’s extraordinary life is a testament to the power of self-determination in the face of forces mobilized to subjugate and destroy the Black race. Hailing from 117th Street in Harlem, Walker’s parents moved to New York from the South during the Great Migration, determined to create a better life for themselves.

Walker first fell in love with photography as a youth, watching his uncle hustle Polaroids. “I used to carry the film and the cameras, and he would go do the route of the local bars,” Walker says. “On Friday, Saturday night, he’d kill them. He was the first person with a Polaroid; it really blew Black folks’ mind.”

Walker set up a makeshift darkroom at home, using an enlarger his uncle gave him, which was missing the diaphragm, while setting up developing trays on his mother’s ironing board. After a junior high school teacher encouraged him to pursue art, Walker enrolled in Benjamin Franklin High School, the only local public school where he could study photography. “It was still Harlem, but in the Italian neighborhood,” he says. 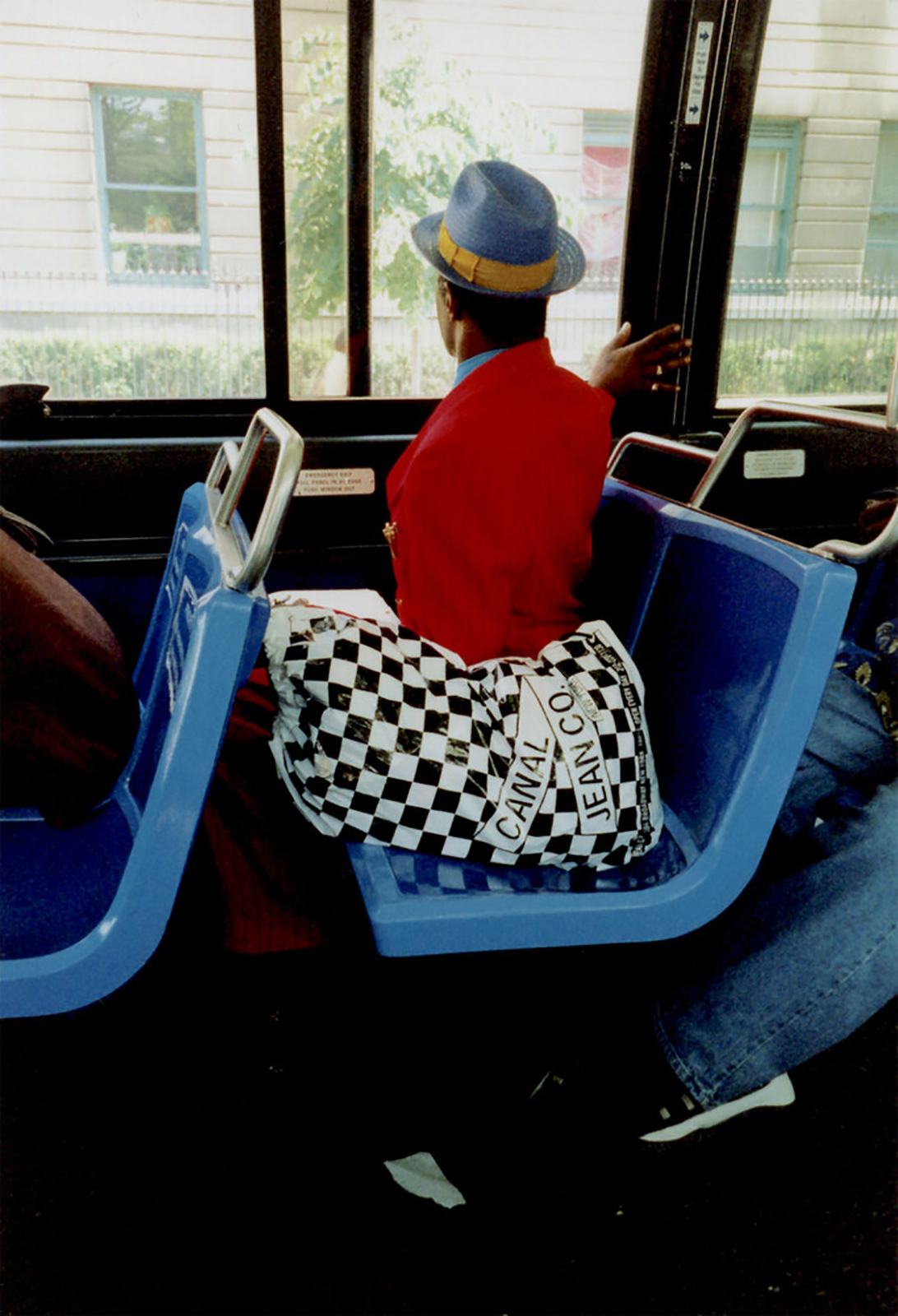 From the “Harlem Streets” series.

“That was my first realization of racism. You understood you’d be called a n—– and you couldn’t do much about it unless you wanted to go home bloody and beat up. Me and a couple of other brothers were allowed to eat in the local Italian restaurant across the street from the school. We knew how to watch our step. As long as we knew ‘our place,’ they didn’t bother us: eat your food, be quiet, don’t do whatever you do in your own community here.”

The quintessential native New Yorker, Walker learned to move between different worlds with ease and fluidity, a gift bestowed by his mother who worked as a domestic for white and Jewish people in a beauty salon. “She endeared herself to people and when they had parties, my mother, brother, and I went as guests—and the only other Black people in there were the servants,” Walker says. “As I grew older it was easy for me to not be locked into 117th Street like all the other guys I knew. I tried to fit in but I never fit in, and I never realized how different I was from them.”

These early experiences impressed upon Walker a sense of freedom that served him well. Although there were limited career options for Black folks, Walker understood he was not going to follow the path of least resistance. Rather than join his father, who had a union job with Jersey Central Railroad, Walker took a series of jobs in a Black-run grocery store and dry cleaning shop. But by the late 1950s-early 1960s, drugs began to devastate the community, and Walker recognized the dangers they posed. “About 75% of the guys I grew up with were dead, strung out or in prison. This was an intentional situation that was created to destroy us as a people,” Walker says, noting that the majority of the buildings on his block were abandoned, became shooting galleries, and were eventually torn down. 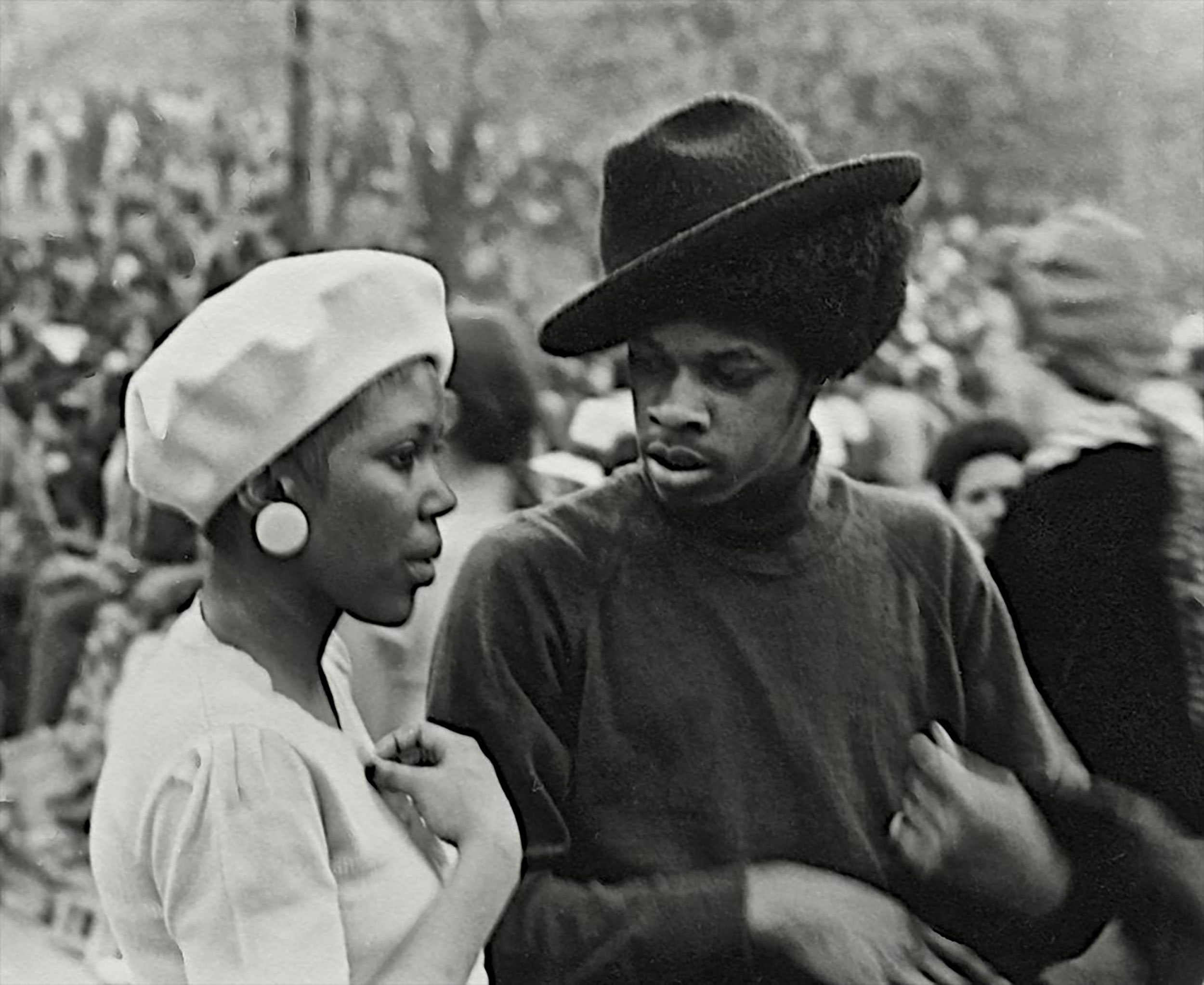 From the “Harlem Streets” series.

Then, one day in 1963, everything would change when a friend invited Walker to attend a meeting with Kamoinge, a newly formed group comprised of local Black photographers—which has since gone on to become the longest-running photography collective in the world. The group took its name from the Kikiuyu people of Kenya, who mounted a 75-year resistance movement against British imperialists until finally achieving independence that same year. Kamoinge, which means “a group of people acting together,” underscored the significance and power of a collectivist approach as a means of resistance and empowerment in the United States, which had exalted the destructive constructs of individualism and exceptionalism.

The collectivist approach was particularly important for Black people who had long been exploited and oppressed by a system of apartheid that took the folksy name “Jim Crow,” which ran rampant in the South. The other sections of the country adopted a far more insidious approach, maintaining a practice of de facto segregation through policies like redlining, which denied services like banking, insurance, healthcare, mortgages, credit cards, and retail as well as legal discrimination on the basis of race against employment, housing, and education. It was only with the assassination of John F. Kennedy that the Civil Rights Act would be pushed through Congress and written into law in 1964—extending the protections of the Constitution to not only every race, but every ethnicity, nationality, gender, and religion.

Despite the advent of legislation, white-owned institutions in the art and photography worlds mirrored the biases of the country writ large, forcing Black artists to forge ahead without the networks of support afforded to white artists. For Walker, Kamoinge was his Sorbonne, his introduction to weekly critiques about photography combined with in-depth discussions and lessons of painting, filmmaking, literature, jazz, and other arts. Walker remembers esteemed African-American photographer Roy DeCarava, briefly a member of the Kamoinge, telling the group, “Photography is an art form.” 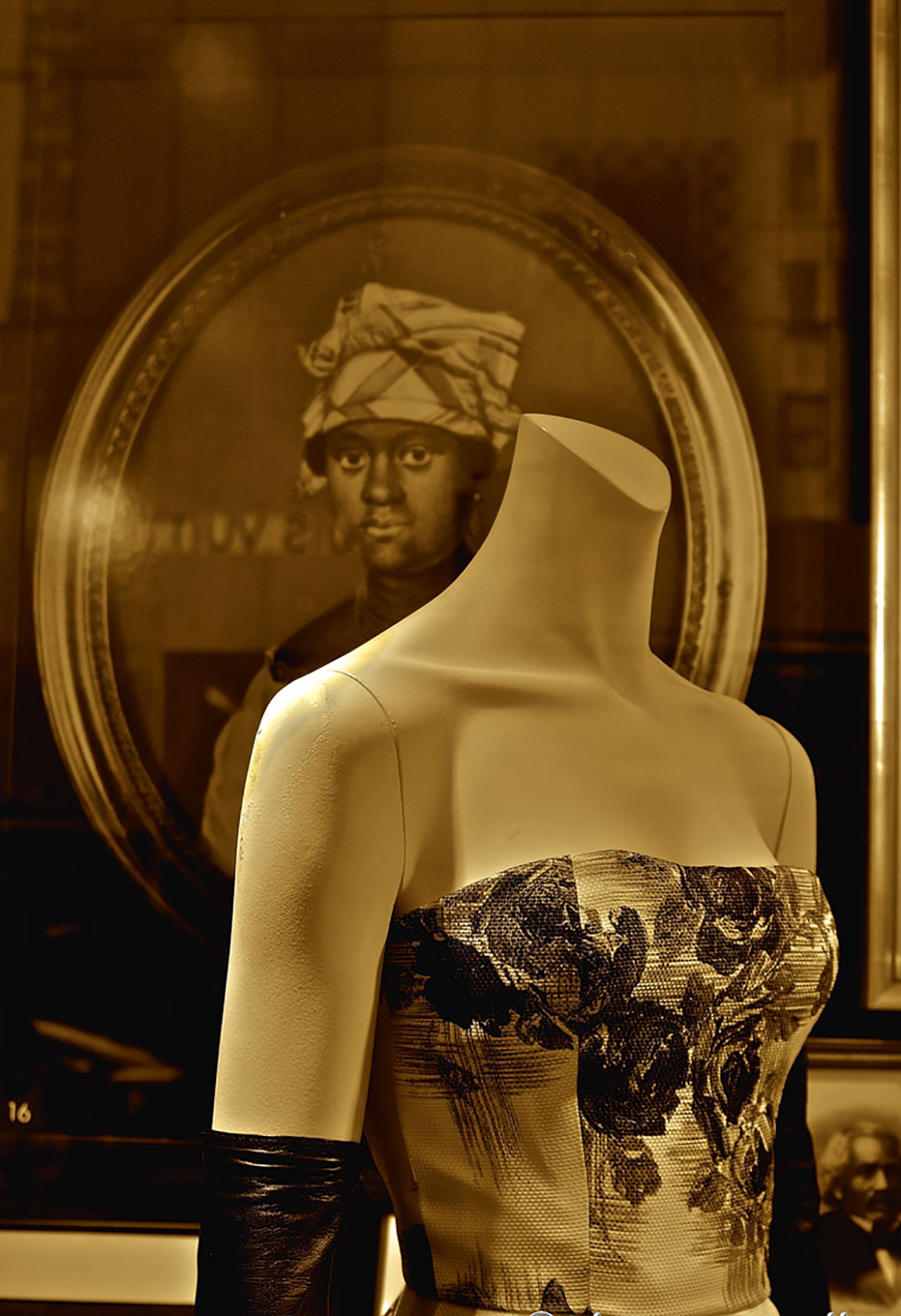 In this light, Walker’s work took on deeper resonance. “I knew this was going to be a life-saving event for me. I was the youngest and least knowledgeable in the group. [Kamoinge members] Louis Draper and Adger Cowans had degrees in art. I was a high school dropout, but fortunately, I had been exposed to stuff so I wasn’t out of my league. It was a mentor/big brother kind of thing. You always had somebody to talk to. That’s a rare thing. Imagine having 12 guys you could rely on for information,” Walker says.

“I realized I needed to study painting because photography was not going to answer a few of the questions I needed to ask. Once you learn the mechanics of a camera where do you go from there? Kamoinge was a laboratory workshop. We talked about Rembrandt in our meetings and compared him to filmmaker Ingmar Bergman. We studied photography by Henri Cartier-Bresson, Minor White, Edward Weston, Richard Avedon, Irving Penn, and Moneta Sleet Jr. These are the people I was struck by and wanted to be like. I studied as hard as I could. I knew how to print and develop film but I was half-assed about it. When I got into the group, I went to every single member’s home to watch them and learn how to print. I even spent the night in a camper at Al Fennar’s home in New Jersey. He would work on a print for a week. I never saw him finish a print. He would always say, ‘It’s close.’”

Determined to be an artist despite the challenges he faced, Walker forged ahead, often working two or three jobs to support himself. Whether working as a photographer for the Harlem Daily newspaper and the landmark PBS television show Black Journal or scrubbing floors at a daycare center, Walker always made a point to use his job to support his art. “I knew I didn’t like studio work—I could not divorce myself from reality,” Walker says. “I understand that’s your gig but that doesn’t have to be your life. I understood there’s a difference between what you do and who you are.” 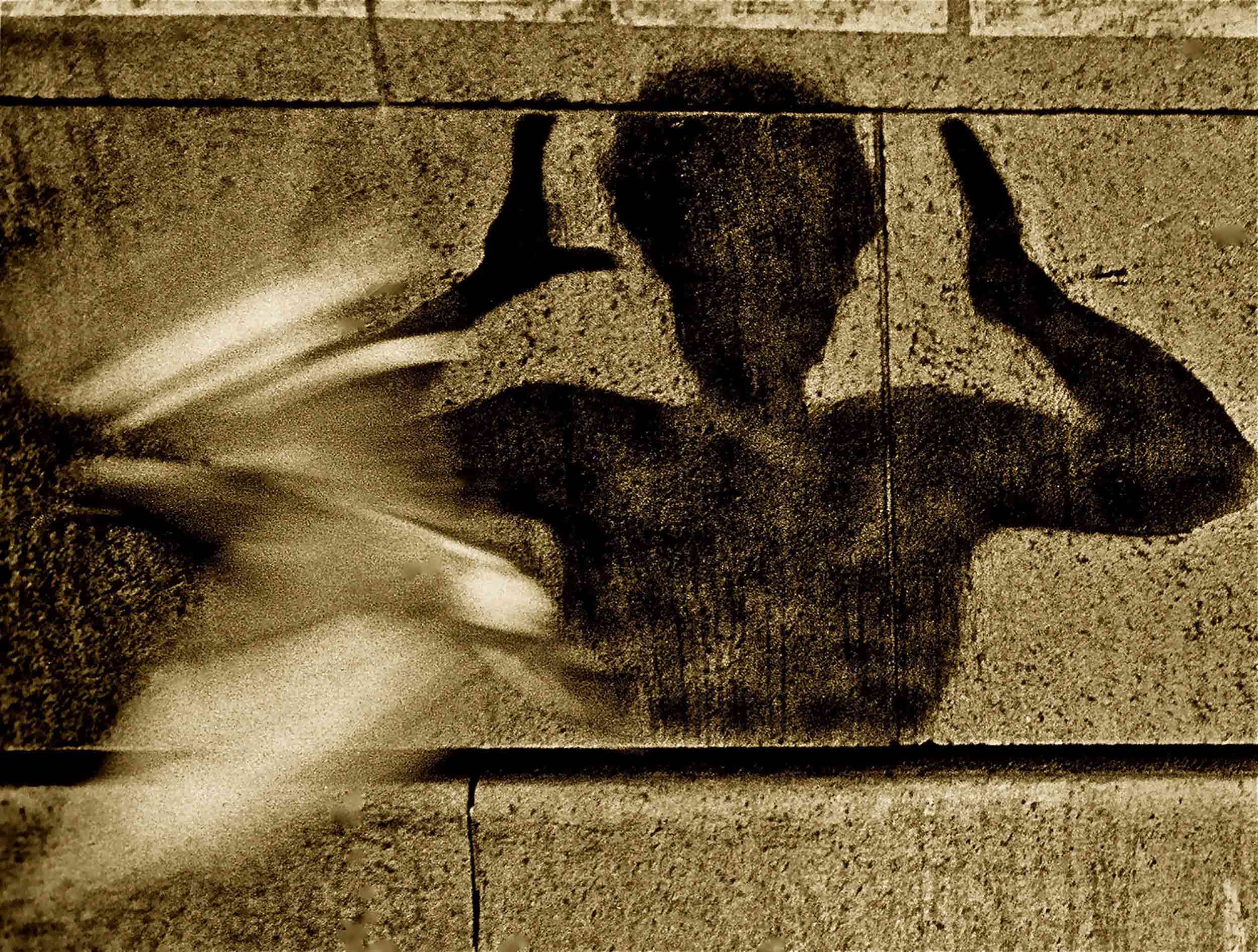 In the 1980s, Walker received his BFA from Empire State College, and from there went on to teach photography at Queensboro College, York College, and Columbia University Teacher’s College, where he has been an adjunct professor for the last 40 years. In recent years, the art world has scrambled to recognize the work Black artists have been doing independently for decades. In February, the landmark exhibition, Working Together: Louis Draper and the Kamoinge Workshop opened at Virginia Museum of Fine Arts.

That same month, the Library of Congress announced it had acquired Walker’s archive, putting his work alongside luminaries including Toni Morrison, Thelonious Monk, Maya Angelou, and David Dinkins, the first Black mayor of New York. The acquisition includes almost 100,000 photographs, negatives, and transparencies, making it the first comprehensive archive by an African American photographer in its collection.

This recognition is a testament to the sacrifices Walker made throughout his life to pursue his dreams. “My [first] wife couldn’t deal with studio living so she left the kids with me. I was a single parent and members of the group would babysit for me,” Walker says. “Even when we met Sundays, we met during the week. It became difficult for the wives. A girlfriend said, ‘I could deal with another woman but I don’t know how to deal with this thing. I gotta split.’ It’s one thing to say, ‘I’m going to be a wedding photographer.’ People get that. Nobody got what this was. I’ve had people most of my life say, ‘When are you going to get a real job?’” 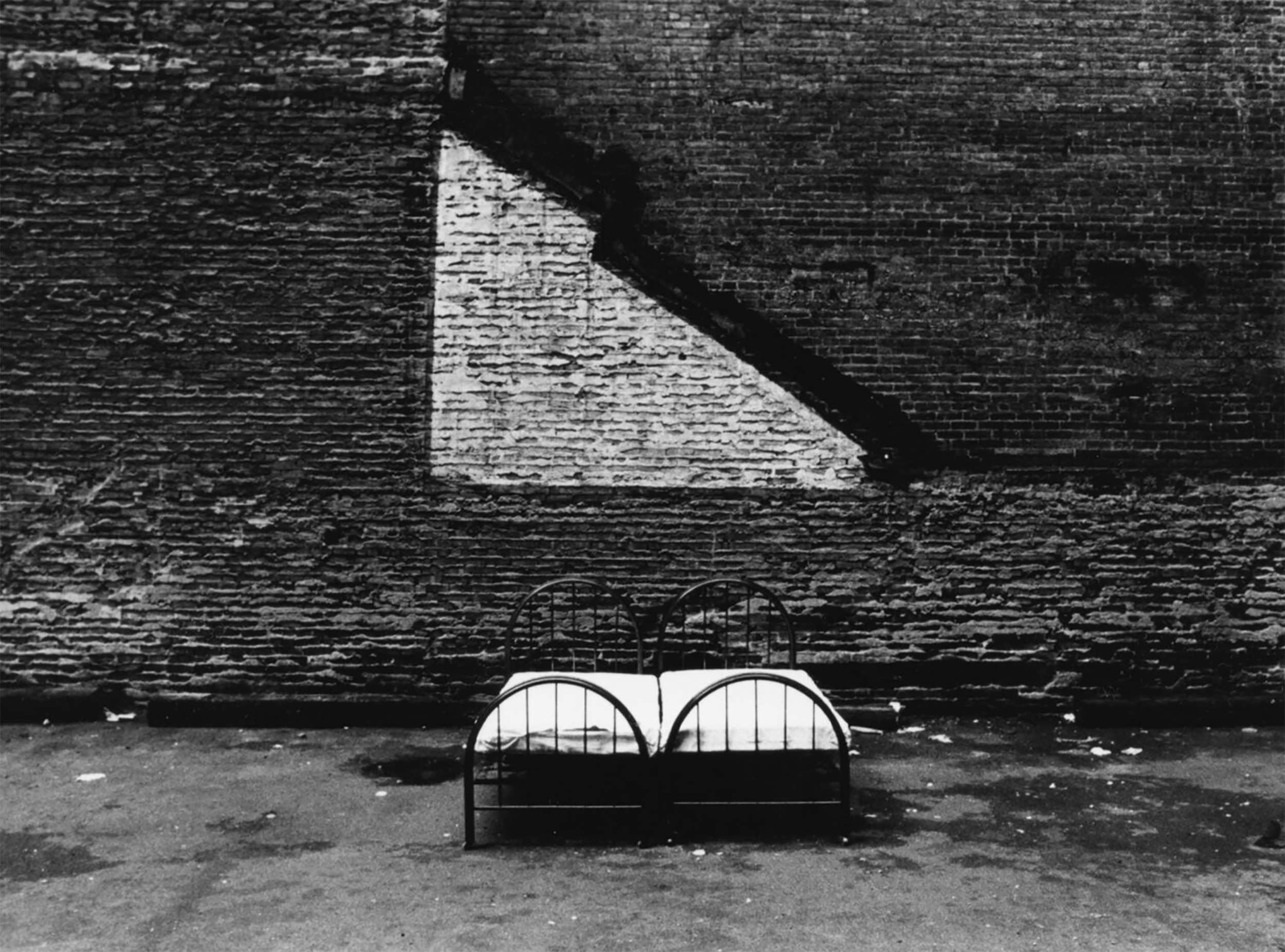 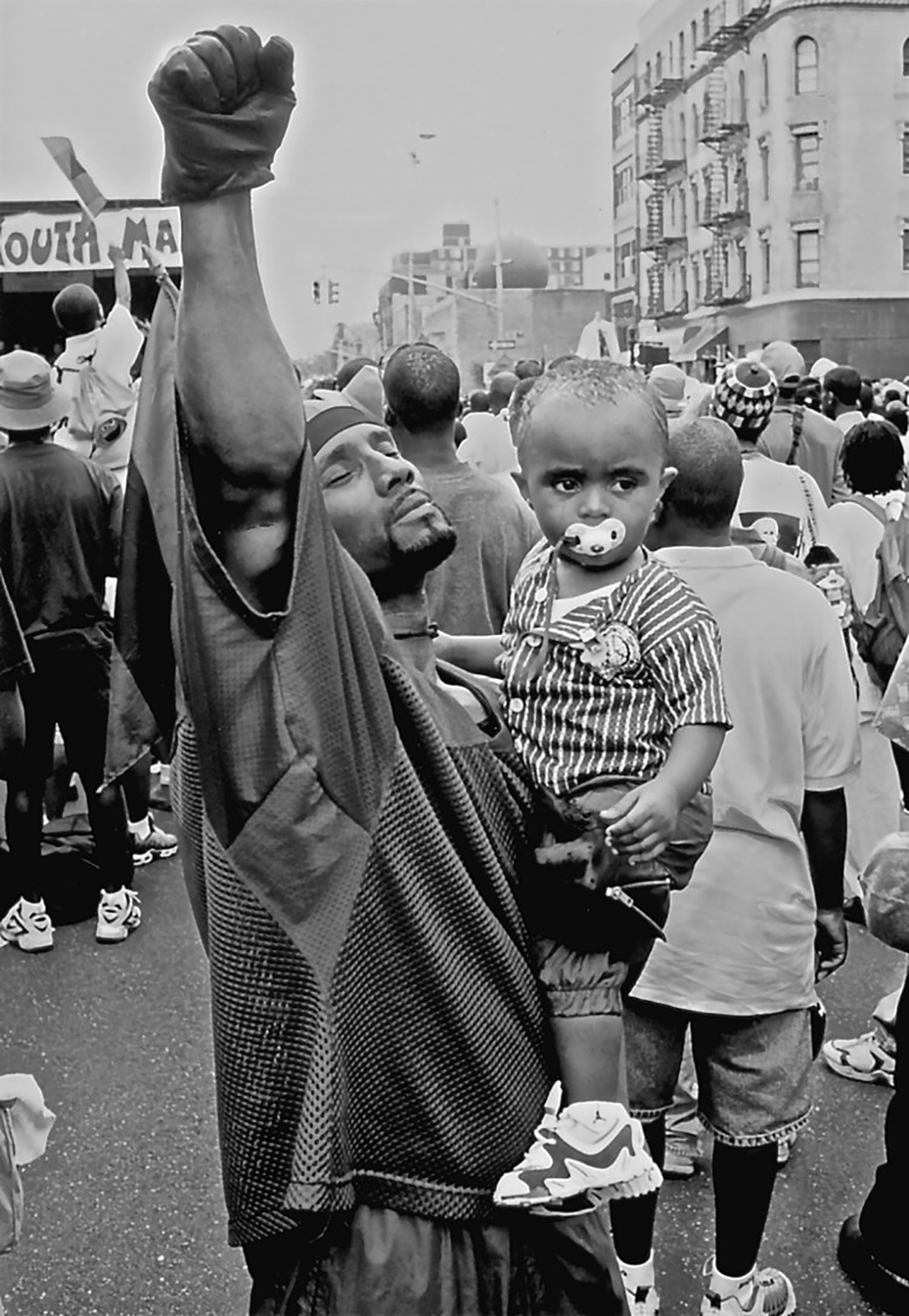 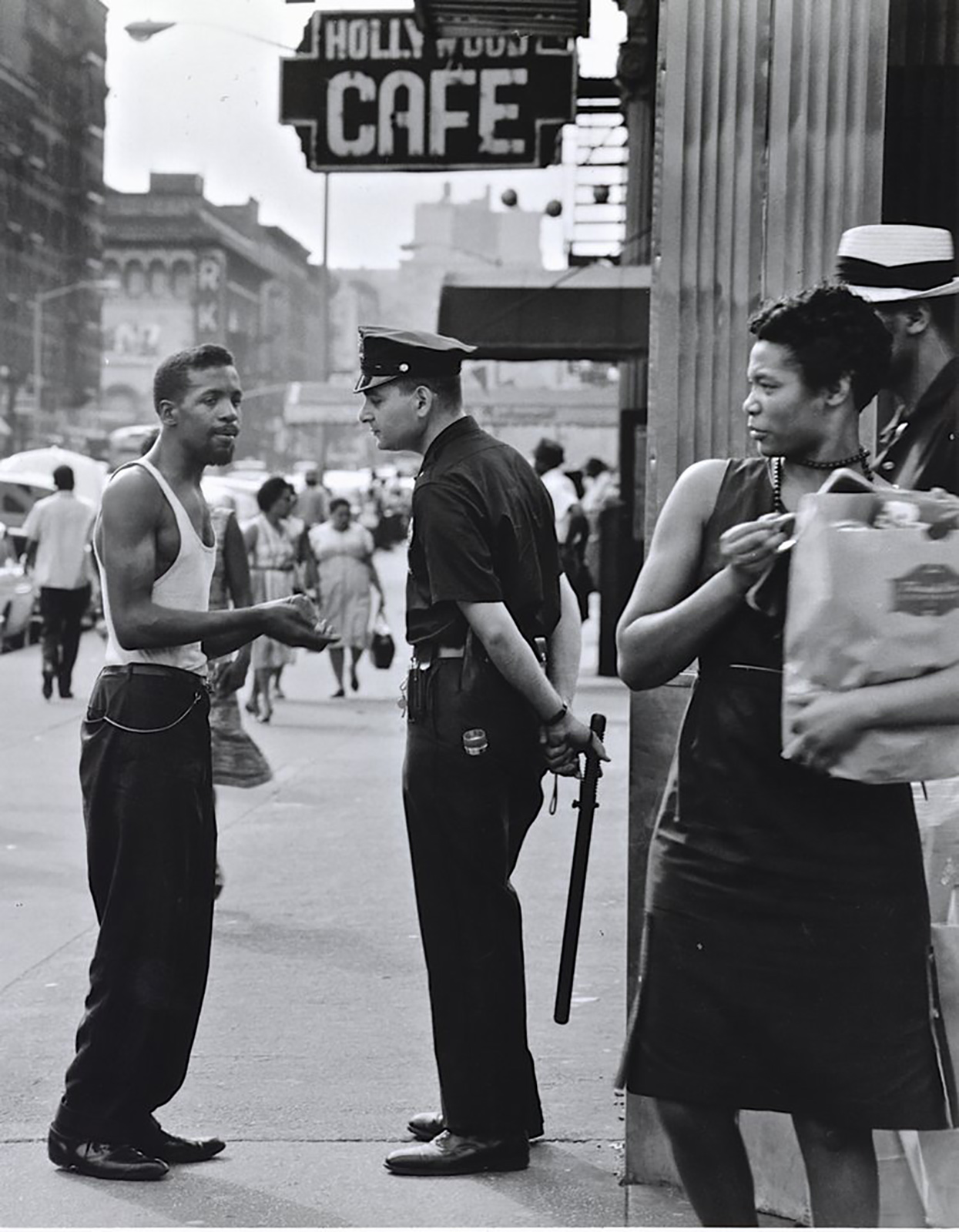 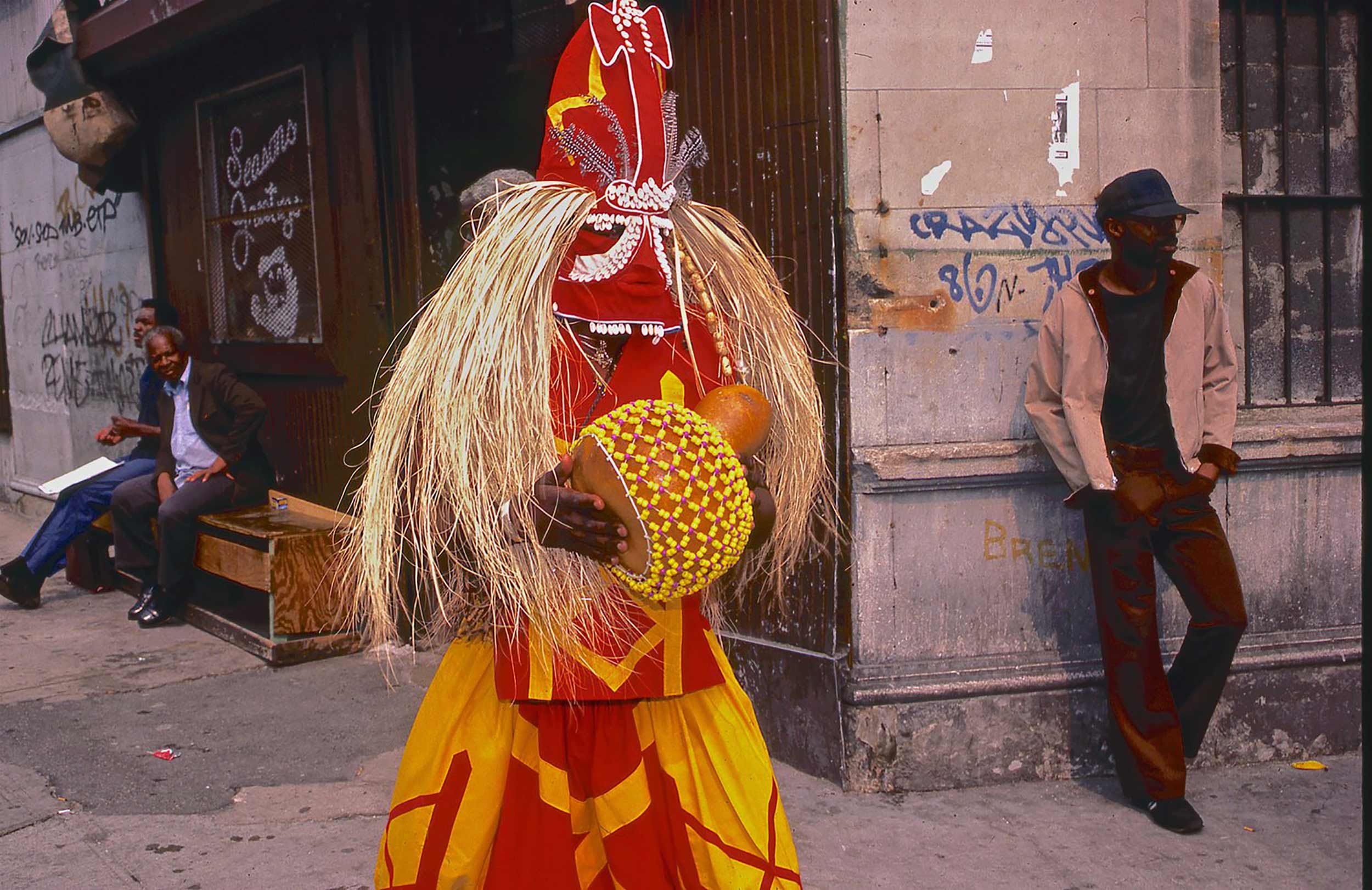 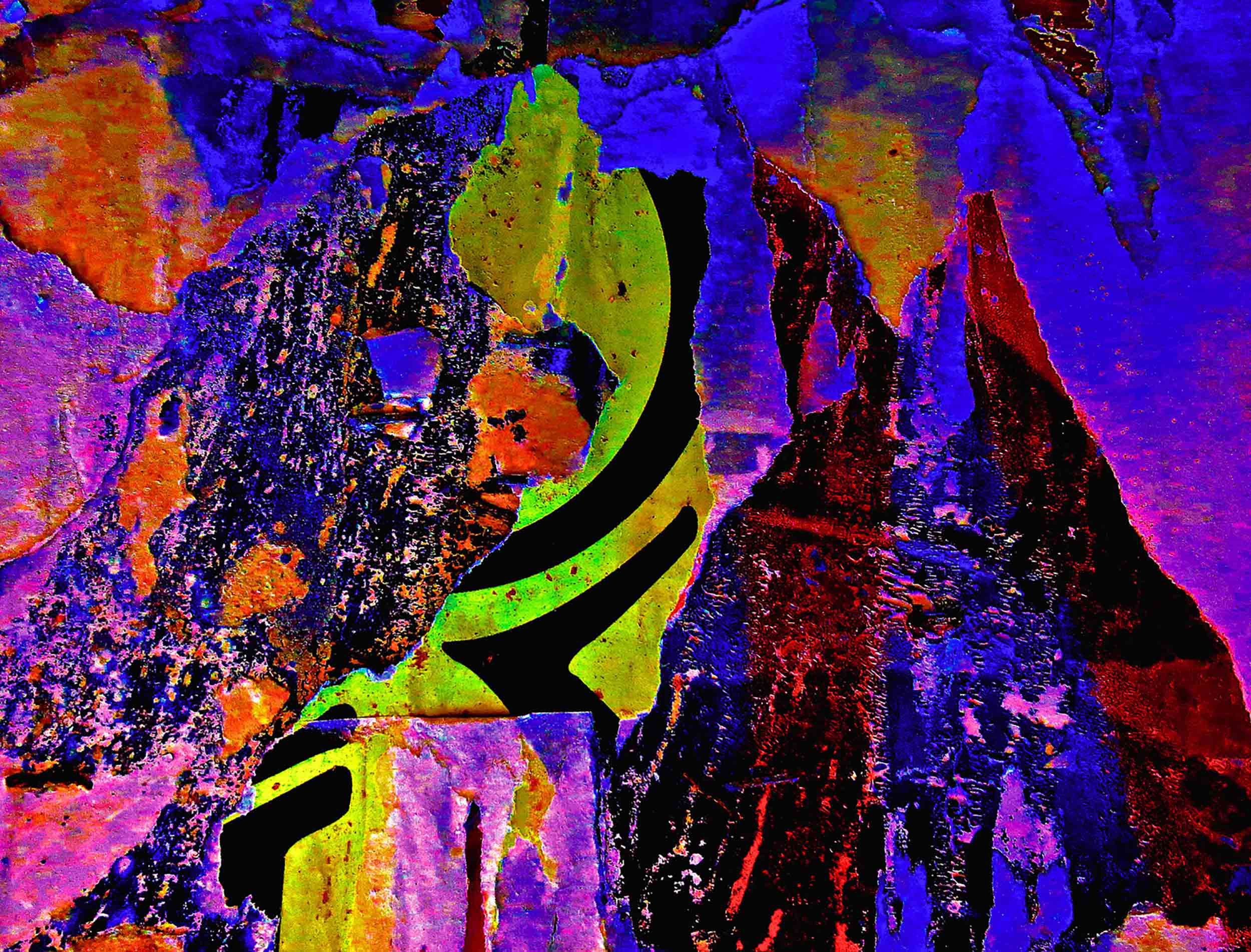 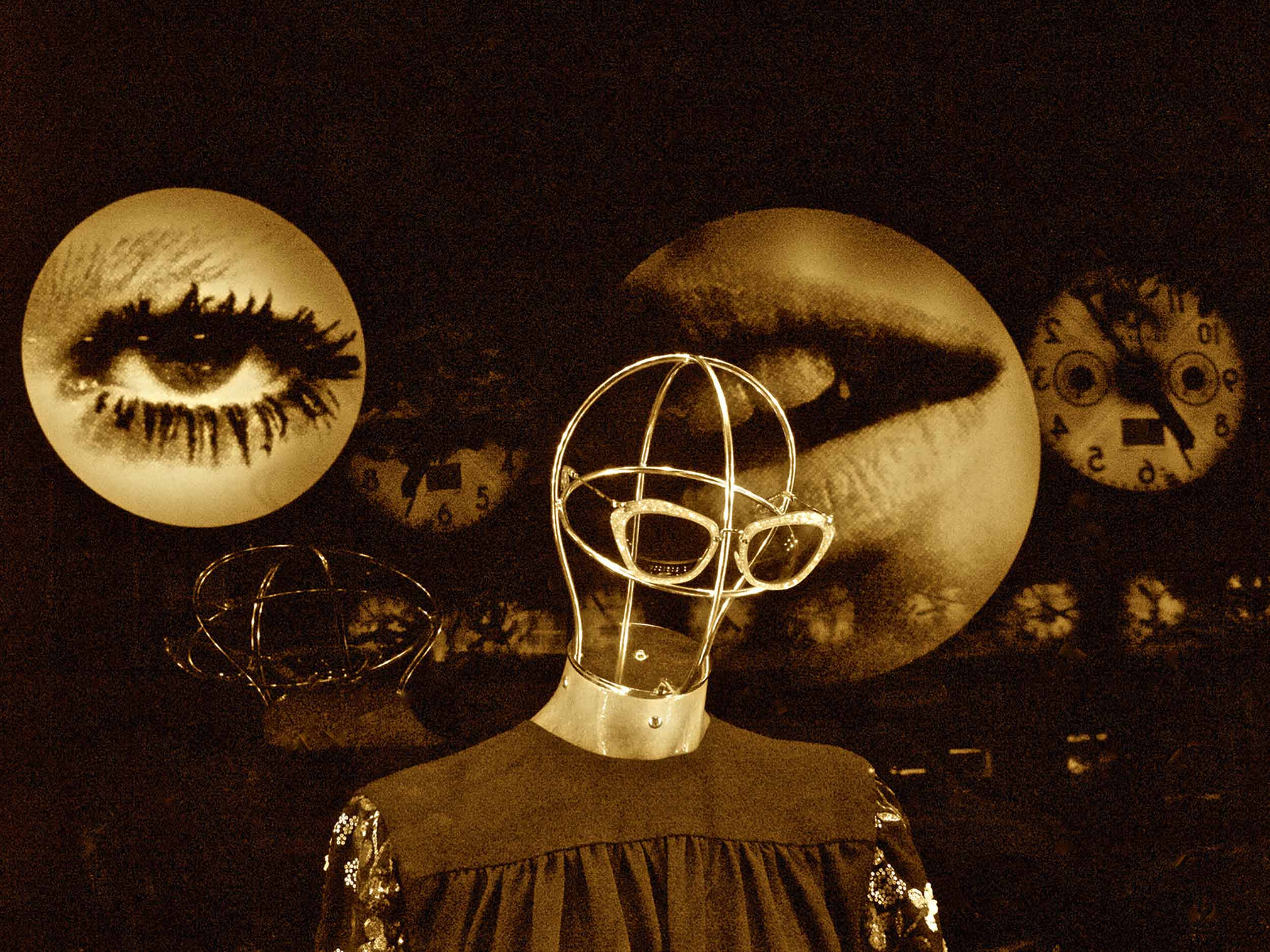