Operating from a weathered lot in Williamsburg, François Vaxelaire's online radio station is a lifeline for the nightlife scene

Four years ago, François Vaxelaire launched The Lot Radio, an online radio station that operates from a weathered lot that caught his eye on his commute. Now, running the fully independent station is his work. With a growing rotation of resident and guest artists broadcasting seven days a week, The Lot Radio is constant, exhilarating, and growing. Having featured NYC legends like Louie Vega and contemporary cadres like Discwoman, The Lot Radio has fully embedded itself in a nook on the Williamsburg-Greenpoint border.

While speaking to Vaxelaire, it was evident that, like many, he sees COVID-19’s decimation of the non-corporate entertainment industry as amplification and widening of a precarity that always existed. He also sees it as a moment of potential. Which opportunities arise, who’ll take them, and how things will all shake out are decidedly up in the air. In the face of such uncertainty, Vaxelaire is sure of one thing: community—the one formed under The Lot’s banner and wider notions of interdependence—can and should be a refuge to turn to. That’s what, four years later, he still sees in that lot.

The Lot Radio is still streaming seven days a week, sticking as close as they can to their usual schedule. Live music and their lineup are both available on their website, with certain aspects of the site, like their chatroom, bolstered by the recommendations to stay at home. If anything, the station has become a way to have a consistent connection to how others are feeling, by way of what they’re listening to.

Jordan Levy: Well, first, how are you doing?

François Vaxelaire: I think I’m okay. I think I’m kind of thankful that I’m able to continue running the radio. In another manner, in a certain manner. It keeps me busy, it keeps me sane.

Jordan: How is The Lot navigating this crisis?

François: The big problem is that it’s day-to-day. We decided to be careful and close our physical location early, on the 16th of March. We also had to make the really difficult decision to cancel our biggest fundraising event, which is our anniversary party that we throw every year. People don’t realize, but it’s basically our biggest fundraiser of the year, it helps the radio a lot. That was scheduled on the 14th; the city hadn’t made everyone shut down yet, but we felt really uncomfortable keeping that party on. We really feel we made the right decision, but it was tough economically.

Since then, with the physical location being shut down, we’ve had to reorganize the whole setup so that our resident and guest DJs are able to stream live from the safety of their home, or studio, or wherever they choose to stream from. The first week was a bit challenging because we had to find the right tools, find the right workflow. Because, as you can see, there’s a lot of live streaming going on, but people forget that for [The Lot] Radio we don’t do one live stream here or there, we stream from 8am to midnight, seven days a week. So we found the right tools and the right open-source software. I created a little YouTube tutorial for our resident DJs and guests to be able to navigate through the technicity of things. It’s been working better, and I think now we’ve reached some sort of cruise speed. We have a lot of really fun, really creative live streams from people’s homes and people’s studios. It’s been really heartwarming to see, and to be able to continue streaming music.

Jordan: Has trying to adapt to working remotely changed the way you view your job?

François: Now in these weird times, we realize how important this project is for the audience, for participating DJs. The resident DJs, they miss coming to the location and quickly wanted to stream from their place. They were happy to do it, to keep some sort of continuity. Everything seems to be closing up, but the fact that the radio keeps streaming, it’s symbolically really important. The easy way could’ve been to play archives until next year, but we thought it was more important to try to find a way to keep it alive.

I saw some article, it was a study in the UK, but it was showing that, weirdly, audiences were going towards real radio and online radio rather than Spotify in these times of crisis. People want to hear real stuff, things close to home. I think we’re experiencing that with the radio, it feels like the community both online and on-site, are thriving together.

Jordan: It sounds like The Lot, and radio in general, can kind of be a conduit to get—well, not normalcy—but to still feel in touch with others.

François: Yeah I think that’s so true. That’s why—and it was technologically difficult—but we really insisted on trying to have DJs turn on the video. Just to create a sense, a context, for where they are. I think that really helps. If you want to see other people, the DJ is stuck at home too, in his apartment in Ridgewood or Bushwick. Everybody’s in the same boat, and the video really carries that.

The chat room is a really funny part of the project, it’s extremely active. It was started a week after we went remote, and there are people on it every day from across the US and around the world. Even now, they’re so tight together that they made a book club. The chat rooms is a really important part of the project and now it’s busier than ever.

Jordan: Thinking about creative industries—not just in New York, but around the world—this is exposing the precarious nature of these industries. Do you think an experience like this should reorient how people move through entertainment and media under normal circumstances?

François: Yeah, it definitely shows how fragile, and—don’t take this the wrong way—I think the positive part about this is really showing the precarity of the artist’s world, the creative world. You can see it’s a really fragile ecosystem that is really interconnected with venues, with promoters, with radio, with media. Now, it’s absolutely shattered. The problem is that I’m really on the day-to-day, trying to handle the radio, so there’s not always enough time to think about later.

It’s a crisis that we’ve never seen before. It’s obviously super stressful, but as we can see through history, it’s always during those crisis moments that healthier, more durable, smarter systems come along. So I’m super positive that better ways of doing things and more resilient systems are going to be born out of this difficulty. We see that there’s a necessity to rethink some structures. It’s hard to understand how, but I’m hoping to be part of that change in some way.

Jordan: It’s definitely early to try and have a whole diagnosis, but at least having the problems laid out on the table helps.

François: Totally, and I think the crisis moment puts a spotlight on all the weaknesses. Going forward, what should we do that’s more resilient and more equitable for everyone? We’re only talking in the creative world now, but I think it’s applicable to every single aspect of society, that’s why I’m so optimistic. I think it’s going to create new structures that are going to be way healthier and stronger for the future, I hope.

François: I think we should see it that way. This is our chance to make the changes that are necessary, somehow.

Jordan: The celebration for your first anniversary was canceled, unfortunately, but that’s still an important benchmark. What have you been most grateful for, and what have you learned over the four years?

François: The thing I’m most grateful for is the people, first the people who run the radio every day around me. That’s mainly Pauline De Mell, she’s the station manager, and it’s thanks to her that everything is running. It gave me a sense of community and companionship that I’ve never experienced in my life. I’ve been a music lover all my life, but I’ve also felt a bit lost my entire life. I was struggling to find my way, and creating The Lot Radio created purpose, so I’m extremely thankful to have been able to create it.

The richness of all the people around the project—sometimes I sit down for two minutes, and it fills me with joy. It’s really a passion project, so everyone that comes to the project comes with the right energy. They come because they’re passionate about music like we are. It’s the most important thing even if it’s a bit irrational, so they come with a smile on their face, happy to share. To experience all those feelings in a city as hard as New York, it’s really nourishing and healthy for the mind. I really see it like a little island of non-business in a sea of craziness and greed, especially in Williamsburg. We’re on the border of Williamsburg, so it’s kind of ironic. It’s really the people and the location.

Jordan: Could you say more on that?

François: Now we’re renting this place, so it’s up to the landlord to leave us here, but we get along with the landlord so it’s an okay situation. We would love to stay as long as possible here and become a sort of a staple. We’d love to do more community-oriented activity. But I think what people don’t realize from the outside, people see The Lot Radio as some really successful and booming thing, but on the day-to-day, it’s Pauline and I running this. So we don’t have the bandwidth and the energy to create way more than we do. The radio is a lot, so before this whole crisis, this was really the goal of this year. We wanted to grow the team, try to hire someone to create more events. That was the goal, but now we have to cut back. That’s for later days.

Jordan: A lot of things have to go on hold for a while, but maybe it can be a constructive hold, you know?

François: I think so. In this whole mess, we’re trying to hear our resident DJs and see how we can help. Making a Google Sheet with their PayPal, Venmo, and Bandcamp profiles. We’re trying to find ways for all the DJs, while also trying to survive. It’s complex and interesting at the same time.

Jordan: Yeah, it’s going to be interesting to see how it all shakes out. 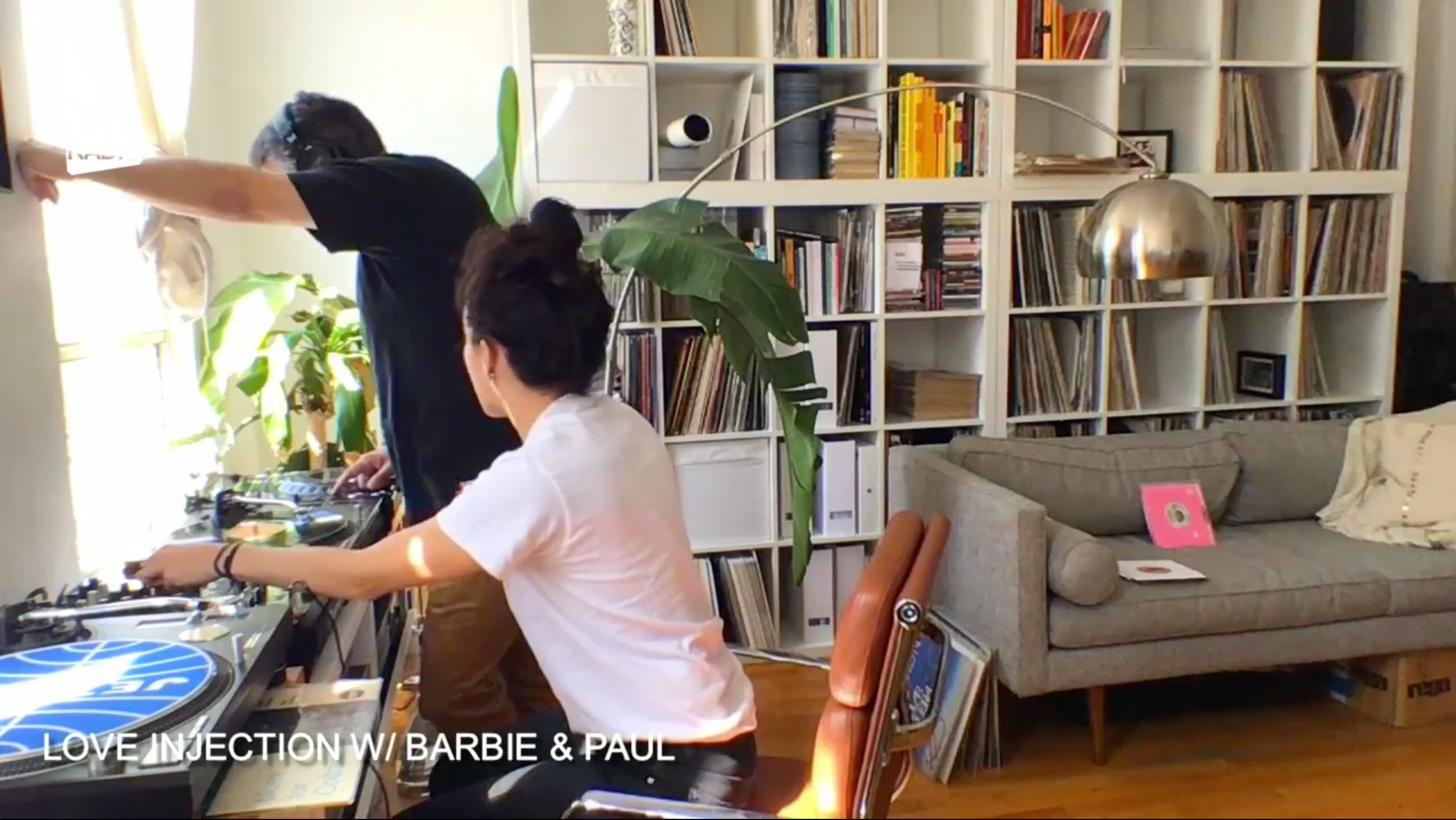 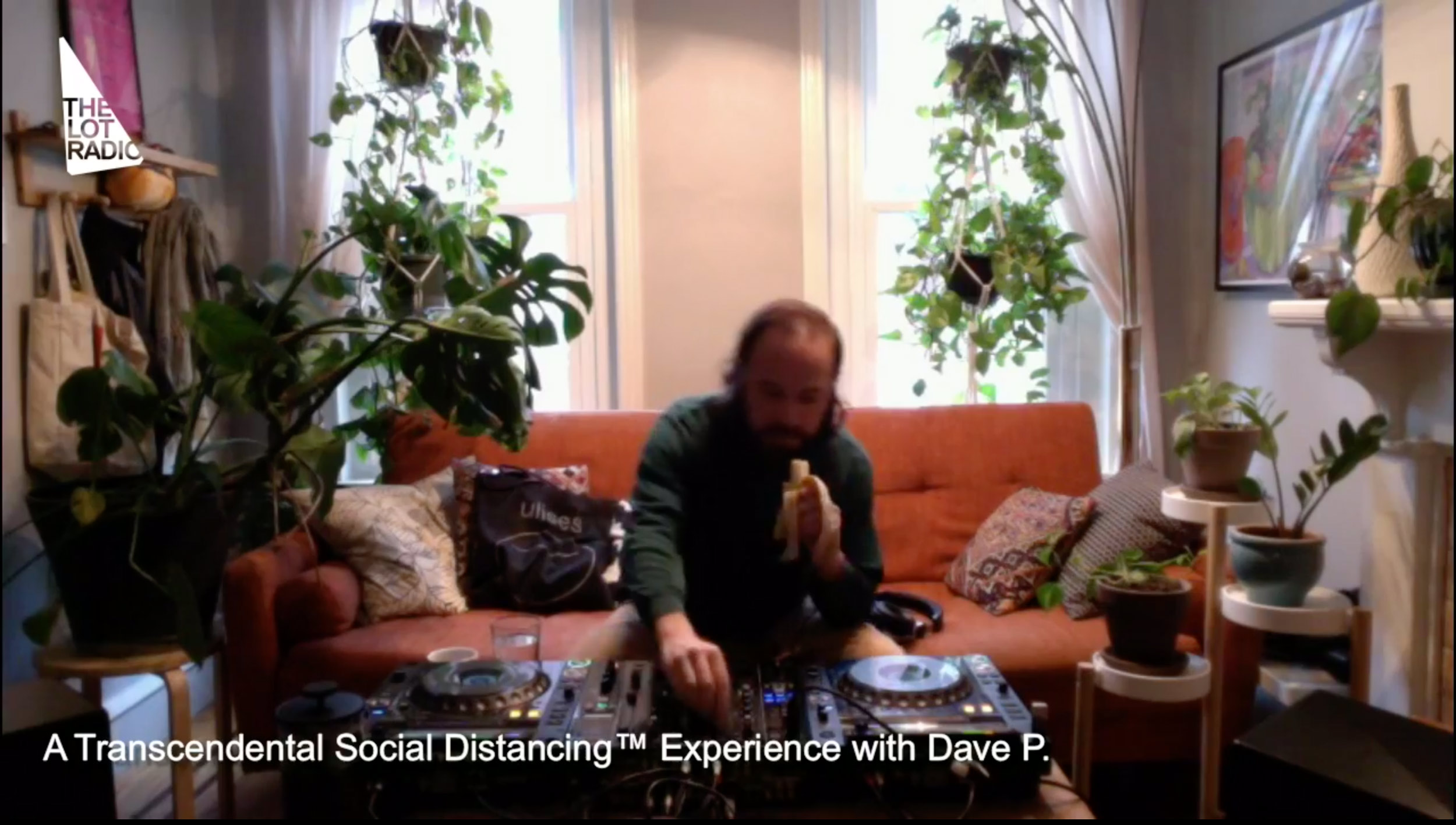 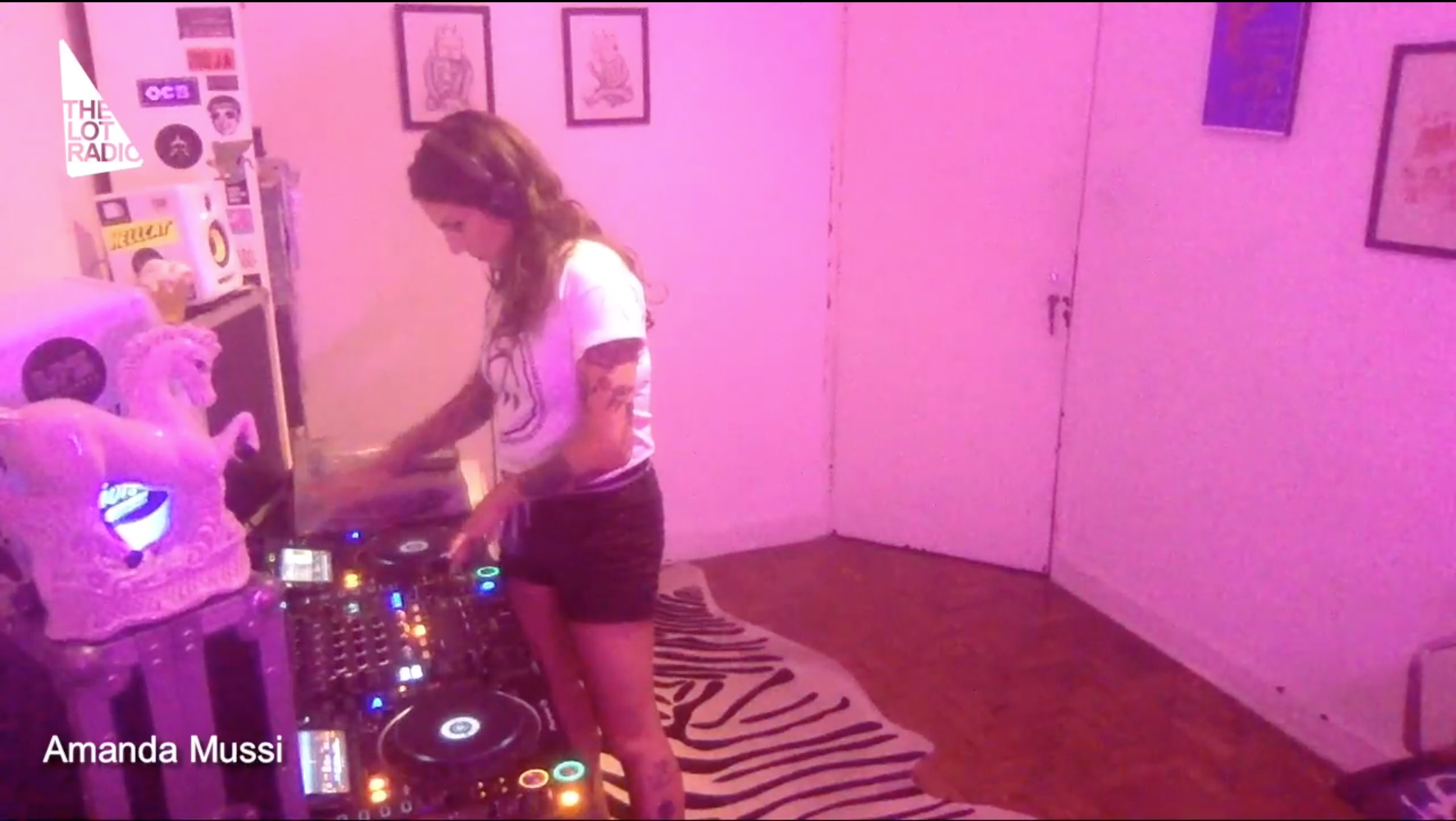