While physical travel is a long way off, the artist's new songs will take you on a mental vacation

Framed against current circumstances it’s hard to not wax philosophical about any act of productivity, creative or otherwise. The April 2 release from musician John Carroll Kirby, an album entitled Conflict, was composed and recorded a year ago, so it is not technically a piece of quarantine art. Yet, all things considered, its uncluttered, denouement-like piano loops make for a timely, if not prescient, piece of music. Over the course of its eight tracks, Kirby blurs his chosen polars into an ambient wirewalk, the serenity of coping and looming of unseen confrontation in equidistance to our ears. Relatable.

Conflict marks Kirby’s fourth personal effort, with a fifth, My Garden, out today, April 24. As a producer, composer, and keyboardist he’s helped bring to life songs for a number of artists like Sébastien Tellier (Kirby and Tellier, along with Daniel Stricker, also make up the group Mind Gamers), Solange, Connan Mockasin, and others. Compared to those collaborations, his own sound is more refrained, more ambiguous, more lingering. This is especially discernible in his Conflict, a true meditative distillation of his own sensibilities.

The pandemic can feel like an ad hominem assail, forcing individuals to personally reflect, so Conflict seems, in many ways, the sound of a coming to terms—making it the perfect album to play on repeat as we isolate. From his home in Mount Washington in Los Angeles (his neighbor is artist Ariana Papademetropoulos), Kirby talks over FaceTime about this latest work.

Steven Yatsko: The names of your previous personal albums that you’ve released—Travel, Meditations of Music, Tuscany—all sound very travel-oriented. Does music take you places? Or do you take the music with you?

John Carroll Kirby: I like that. Okay, in a very literal sense, what will happen a lot is that, if I have a tour or a recording session in a certain place, I’ll go a little bit ahead of time or stay a little bit after and try to work a trip around it and make a project about it.

On the other side, naming those albums—especially in Travel—I was inspired by exotica. It was a thing in maybe the late ’50s and ’60s. It was these easy-listening records. It would be like, ‘Let’s take a trip to Malaysia,’ and an orchestra playing this music…that wasn’t Malaysian music by any stretch. It was just sort of their impression and their imagination of what it would be like if you were there: the mood, the climate, the people, the vibe.

So I’ve always been into that concept of traveling with your imagination. That was the whole concept behind my album Travel. It is not to say, ‘I’m an expert in the music of Belize.’ It’s more like, if you visited Lamanai, which are the Mayan ruins in Belize, what would be the spirit there? What would it be like when the tropical rains came in and the children had to run for cover? A big part of my work is imagination and traveling in that sense.

Steven: It’s ironic that we’re talking about traveling because you’ve released Conflict and right now is the antithesis of travel, but in a sense, it’s a different kind of trip. I want to know when you started to make Conflict and conceptualize it? 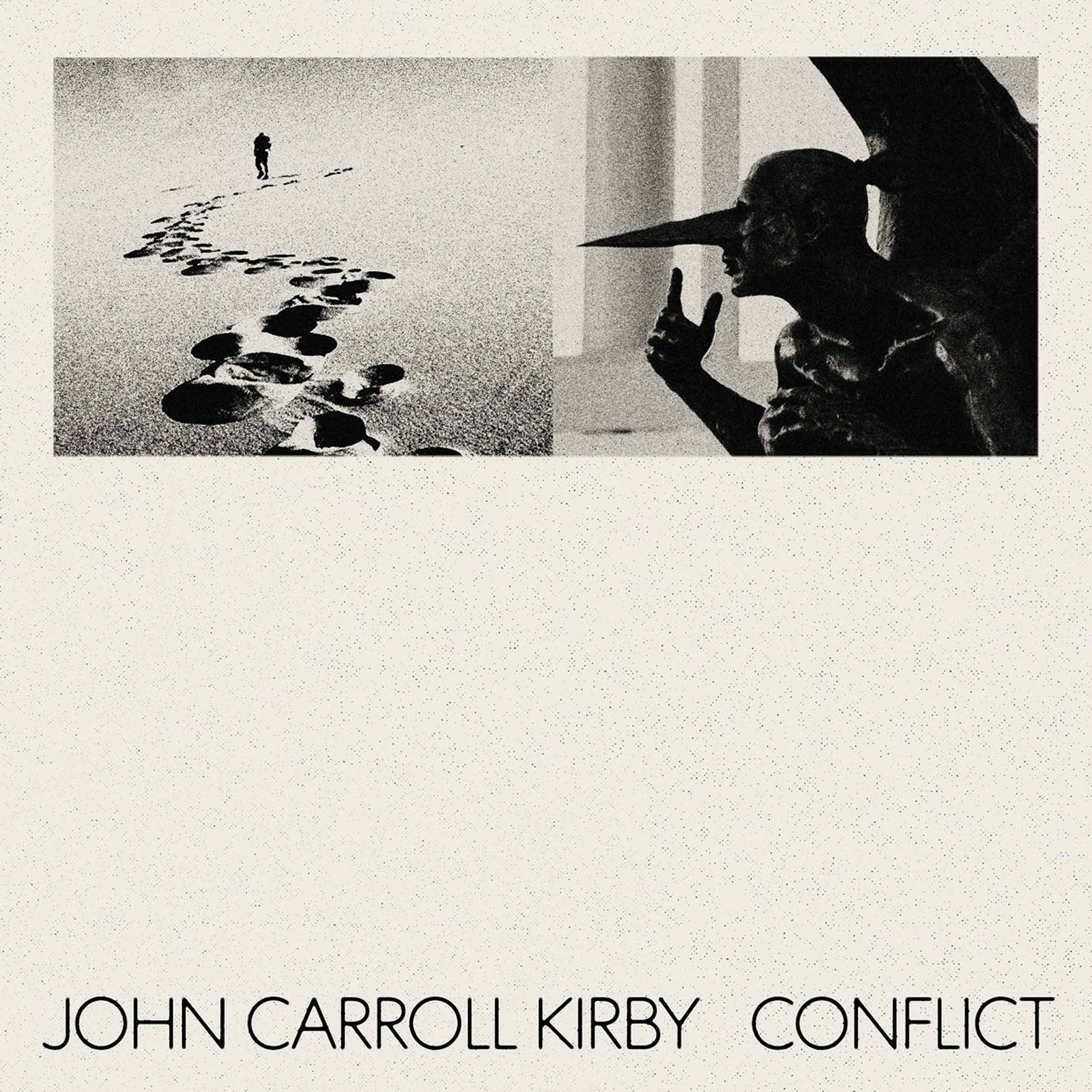 John: I started this project and probably finished about a year ago. I was on a mini-vacation with a few friends in Ojai and my friend Tom Kuntz there had a piano in his vacation house. I had just brought a few recording elements. I started playing these sort of repetitive cells of music. So it would be two bars or four bars of music, which is probably five seconds, 10 seconds of music. While I was working that out, I was trying to always find a way where it didn’t sound major or minor, it didn’t quite know if it was happy or sad. I tried to ride that vibe a lot in Conflict.

At the time I was in a few tumultuous relationships with family and friends. And it got me thinking about what it’s like to be in a conflict…

John: A lot of the times the conflict is with yourself, of course. It’s not so much about the other person. They say things that might be hurtful, but in the end it’s your ego that’s reacting or frustrations, or your own past that you’re bringing into things. It gave me a chance to look at those things.

Steven: You can play the same album over and over and over again, and it just sort of blends together. How do you decide how long each song is going to be in that case?

John: Totally. That was part of the process, I’m glad you bring it up. Sometimes when you meditate there’s this moment of, ‘Okay, that’s done.’ Some days you look at the clock you’re like, ‘Wow, that was half an hour, I can’t believe it. It felt like five minutes.’ Then other days it’s like, ‘Oh, that was two minutes. I thought that was…’ You know, it goes the other way. I was really trying to be in tune with that when I was making this up.

Steven: You made this album about a year ago and now we’re talking about it in a completely different frame of reference with everything that’s going on with coronavirus. Is there a new appreciation or understanding of it?

Sometimes that happens, but it’s usually not the case. So the exercise that I was trying to employ in Conflict was being okay with not getting that result. Being happy and trying to be nurturing to myself and find a way to be compassionate with the person that I’m arguing with while also being strong and standing up for myself.

It feels appropriate to release this because it’s such a peaceful and ambient album. Our purpose in fighting this thing right now is about as passive as you can get. All we do is do nothing and stay inside our houses and have this weird vacation. That’s how we beat it. We’re going to win this conflict by just sitting there. You know that kind of a— 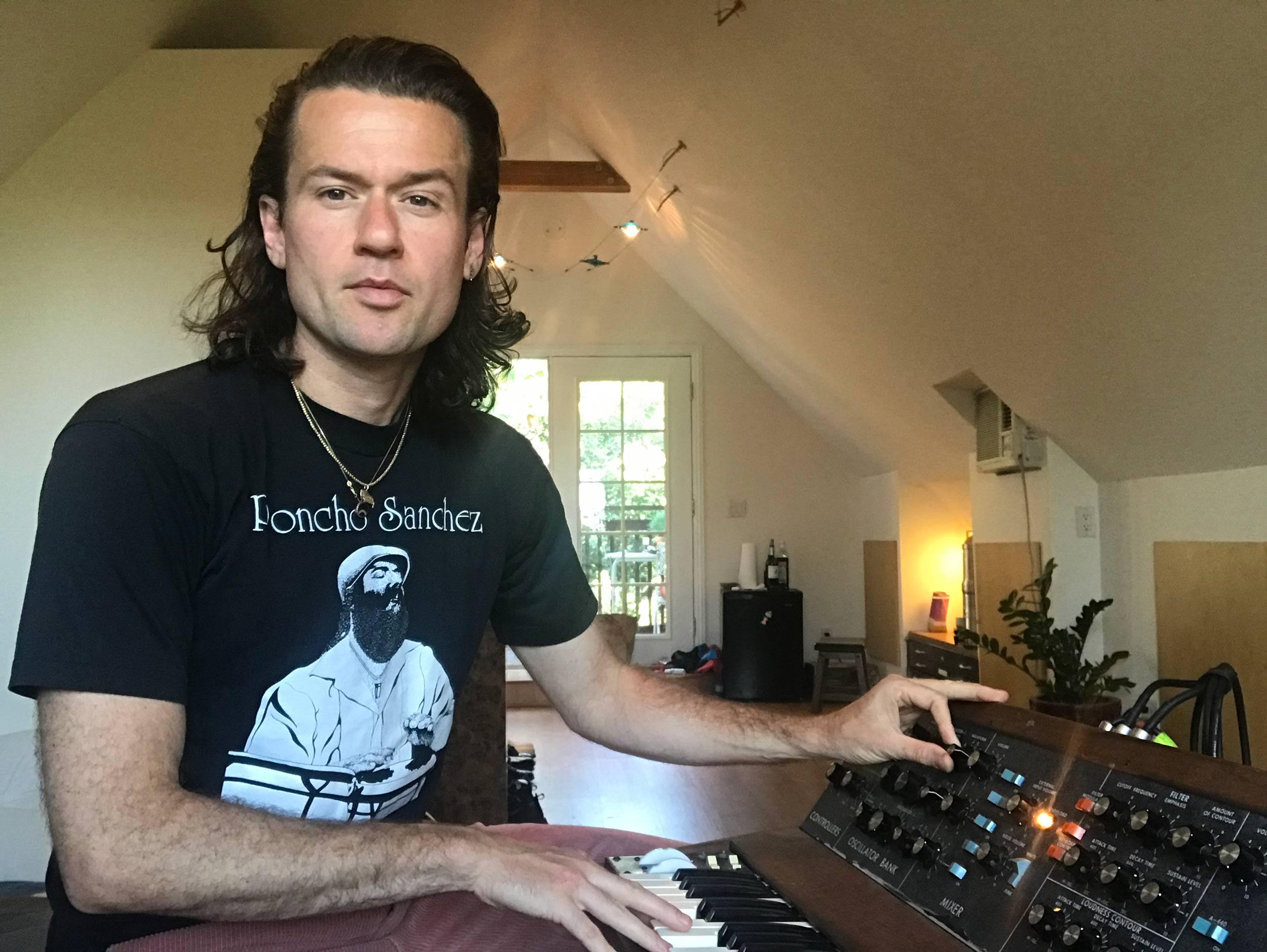 John: This quarantine feels like we’re in jail, but the jail from Goodfellas where you’re still allowed to make pasta.

Steven: With all this stuff that’s going on, how else are you filling your days? What has become more important to you or less important?

John: It’s been so gorgeous here. It’s been raining and then the scent is beautiful and it feels like there’s more oxygen in the air. Early on, I went into some kind of warrior mode or something like that. I was running maybe 10 miles a day, working out probably three hours. I go in waves. Sometimes I’ll get anxiety, I’ll get a little depressed, I’ll start tripping about things that don’t matter. But you know, that’s kind of life. This has amplified shit that’s already there. I came to the realization that it’s just like everything else. There’s going to be good days, there’s gonna be bad days. Some days you might actually get high on this and love the solitude. And then other days you might just really be dying to hang out with some people.

Steven: There’re silver linings through all of this, and I think that’s important that people find those silver linings. Lastly, you also have My Garden, coming out, April 24. Right?

John: Yeah. My Garden is a collection of songs that I wrote, dealing with themes that are important and personal and close to me and in some ways. Even geographically close. I was thinking about LA and Arroyo Seco and there’s a piece about San Nicolas Island. Or it was books and myths or my feelings and sensuality. All things that I find important to myself. There are two songs out now. I call it pseudo jazz.