Violinist Sudan Archives was set to take the stage. It was March 12 at New York City’s Bowery Ballroom—a night before all concert halls and event spaces within the city were ordered to close. Ticket holders received an email ahead of Sudan’s performance offering a refund for those who elected to stay home. What should have been a sold-out performance yielded only a hundred-something guests, all who kept their distance from each other, swaying uneasily given the looming public health crisis.

Sudan Archives walked on stage quietly. She set her drink down as a small spotlight lit her face against a backdrop of flickering candles. She lifted an electric violin from its stand. Sudan stood alone, but when she played, she sounded as though she was backed by a full orchestra. The crowd was meager in number, but Sudan gripped the attention of the audience with the skill of a seasoned entertainer.

Born Brittney Parks, Sudan Archives hailed from Cincinnati, Ohio, before settling in Los Angeles. She’s a singer, songwriter, producer, and violinist who takes inspiration from an eclectic range of sources; elements of traditional African orchestral music, Irish jigs, and Chinese symphonies weave throughout her songs. More than anything, Sudan is a student of music who has dedicated herself to studying generations of musicians and theory—her own sound is a natural distillation of those cascading histories.

On the cover of Athena, Sudan’s debut LP from last year, the artist’s figure is cast in bronze. It’s a sculpture that looks fit for a museum. Paired with the album’s mythological name, Sudan seems to be actively constructing her own lore and legend. Her music is idiosyncratic and intensely human, seamlessly displaying discordant themes; insecurity and pride run aside each other, painting a rich and vulnerable portrait of the artist.

Document spoke to Sudan Archives before her performance about Athena, musical theory, and her affinity for snakes. 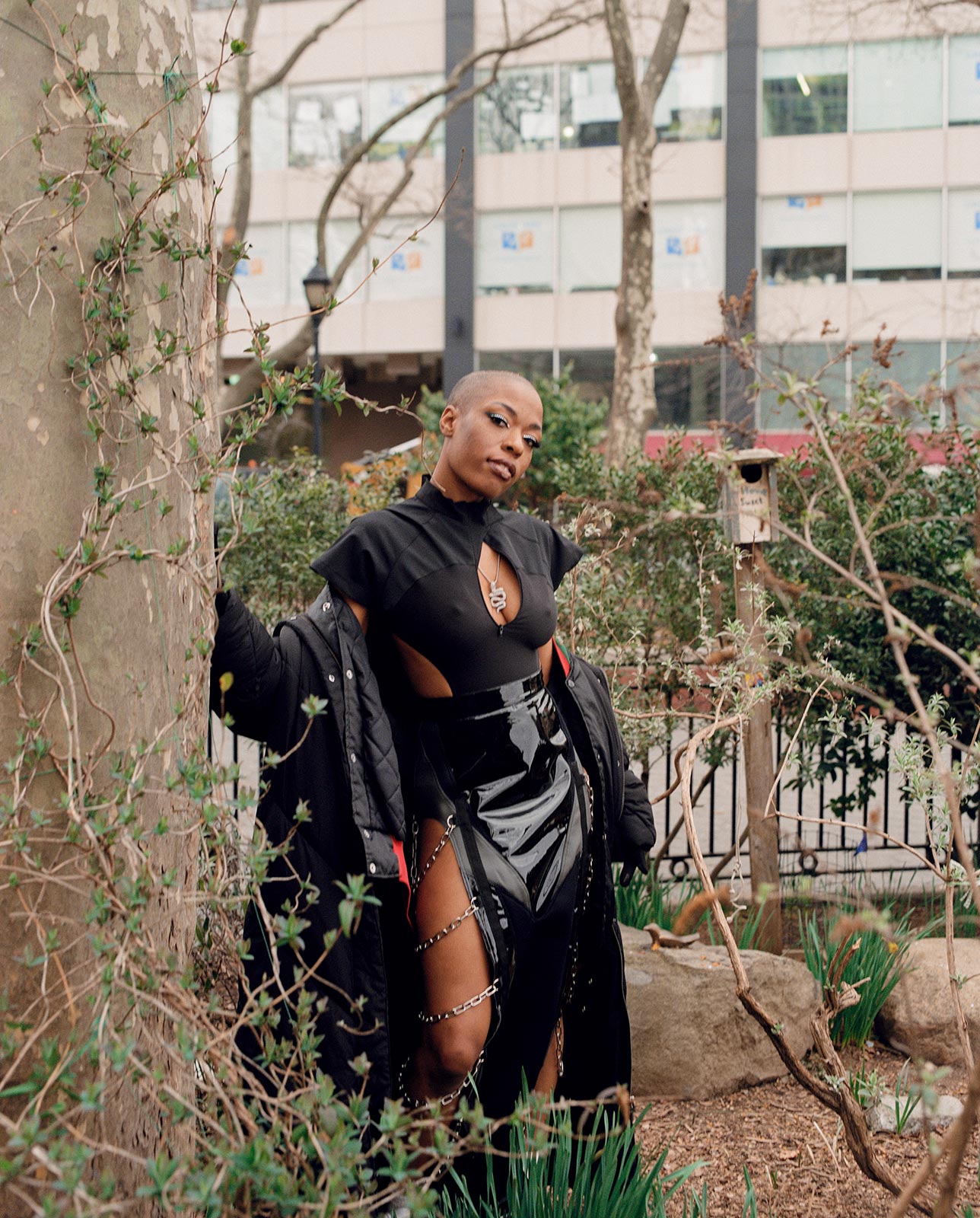 David Brake: Can you tell me a bit about how Athena came together?

Sudan Archives: It was my first project where I worked with other producers, other writers, other instrumentalists. It felt really good—it seems like I have a family now. It wasn’t like I tried to make everything on my own by force, it just came out naturally. I always was naturally a loner. Being able to have a team to work on music—it was a really fun experience, and I learned a lot.

David: What was the hardest part about working with a team?

Sudan: To trust them and to be open to trying new things. Some of the songs on the album wouldn’t even be there if it wasn’t for all of these other people. That’s probably what it takes to be great.

David: What is it about the violin as an instrument that draws you so much?

Sudan: I’ve always been into African history. [Laughs] Even though the first time I heard a violin was in Wyoming, Ohio, with a bunch of fiddlin’ Irish people, I think that something about it made me think about ancient times. Maybe even Egyptian culture. There’s a lot of pictures of Egyptians playing violins and harps.

David: Have you been welcomed into the industry even though you’re playing in an untraditional style?

Sudan: Sometimes. I feel like when I meet other violinists, they’re so supportive. I never feel like I’m in that world, though. I feel like I’m in my own world. I would love to be a part of all worlds. That’s why I started getting violin lessons, because I never had them before. Just being able to understand theory and stuff like that excites me. I feel like as I become more knowledgeable in that field, I’ll be more accepted.

David: That touches on this idea that I feel is pretty prominent in your music as well, which is resisting being boxed into specific identities, whether that’s race, or sound, or culture. Why do you strive to be undefinable?

Sudan: I think I’m definitely trying to prove a point that we’re all the same. Some people [think] my song “Glorious” sounds like Irish hip hop. Someone else [thinks] it sounds like Chinese music. That song is not even in Western tuning. I remember talking to my violin teacher, and he was like ‘this song is so interesting because the semitones are not tones that are in Western music scales. You must have played this when your violin was out of tune or something, because I don’t know how you did that.’ It’s just funny because I think all of our music is the same in so many ways, we just don’t see it because of the face that’s playing it. 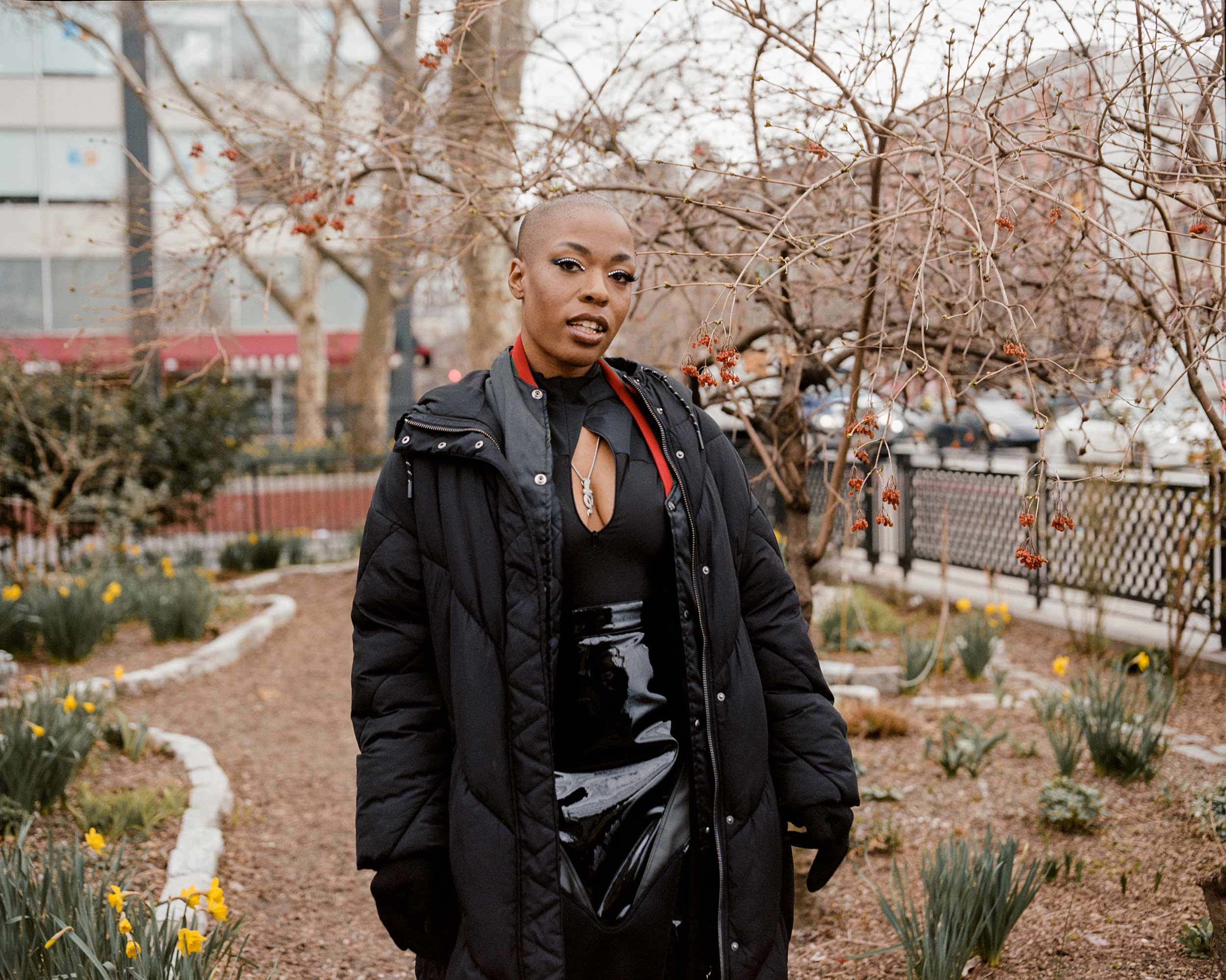 David: What is the Sudanese style of fiddle playing?

Sudan: I watch Sudanese players on YouTube. They play the regular violin that classical musicians play. They’re in orchestra settings, but there’s also singing, too. That’s what really stood out to me. They have this way of singing and playing where they sing and their violin talks back. I just thought that was so interesting, and it made me really have faith in being the lead violinist in a band or group or [as an] artist because when you grow up in the States, you don’t see people doing things like that. You just see violinists in bands or violinists in orchestras.

David: How did your stage name come about?

Sudan: Sudan was a nickname that my mom gave me because she thought it was pretty. Eventually I changed it to Sudan Archives because I became obsessed with Francis Bebey, who was an ethnomusicologist. I just felt like that impacted me so much, I should just change my name to Sudan Archives because archive music is my main inspiration. I started to research Sudan, because it was my nickname, and I found out it meant the ‘land of blacks.’ In a way, my name could also mean black history, because Sudan means black and Archive means history. 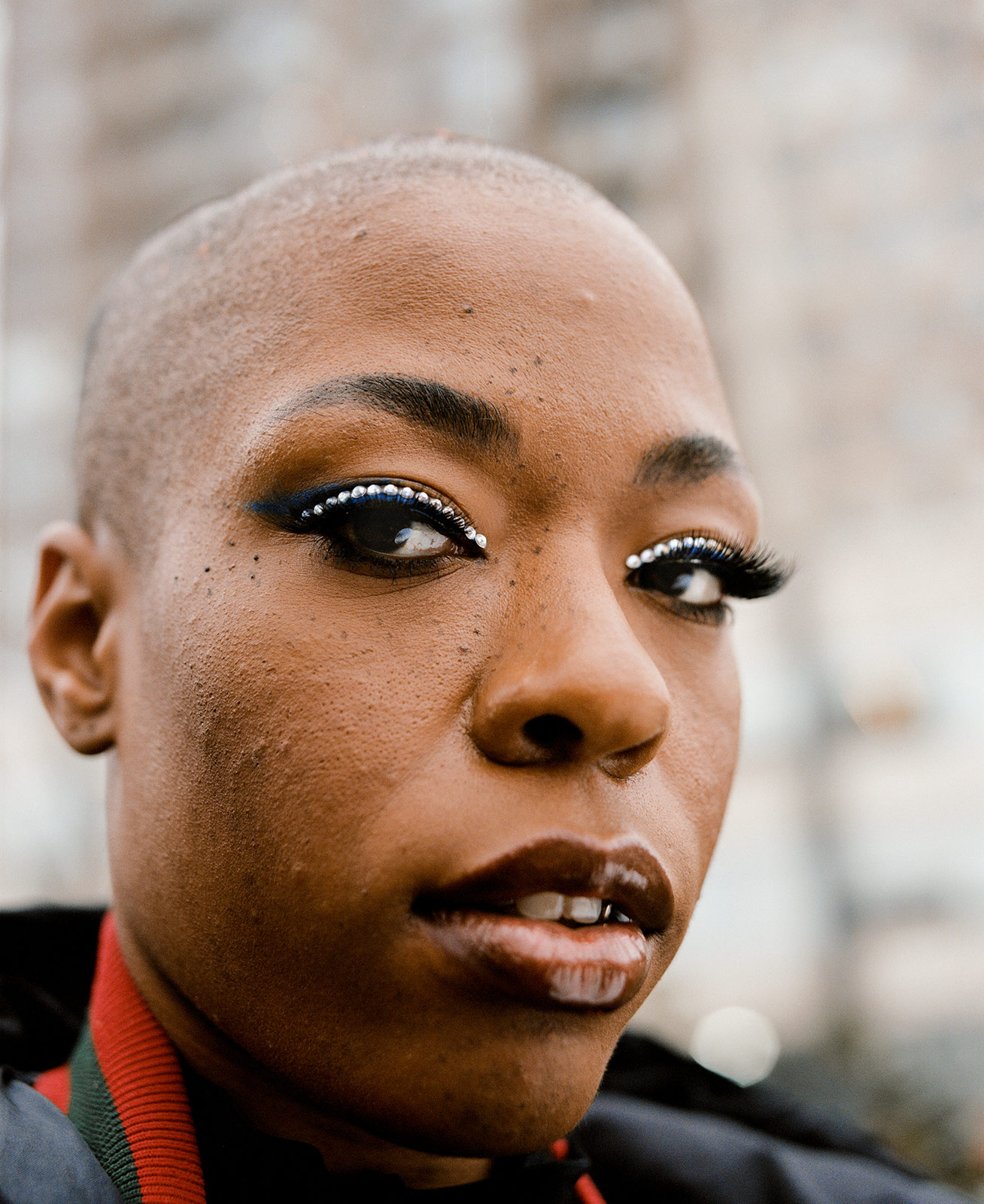 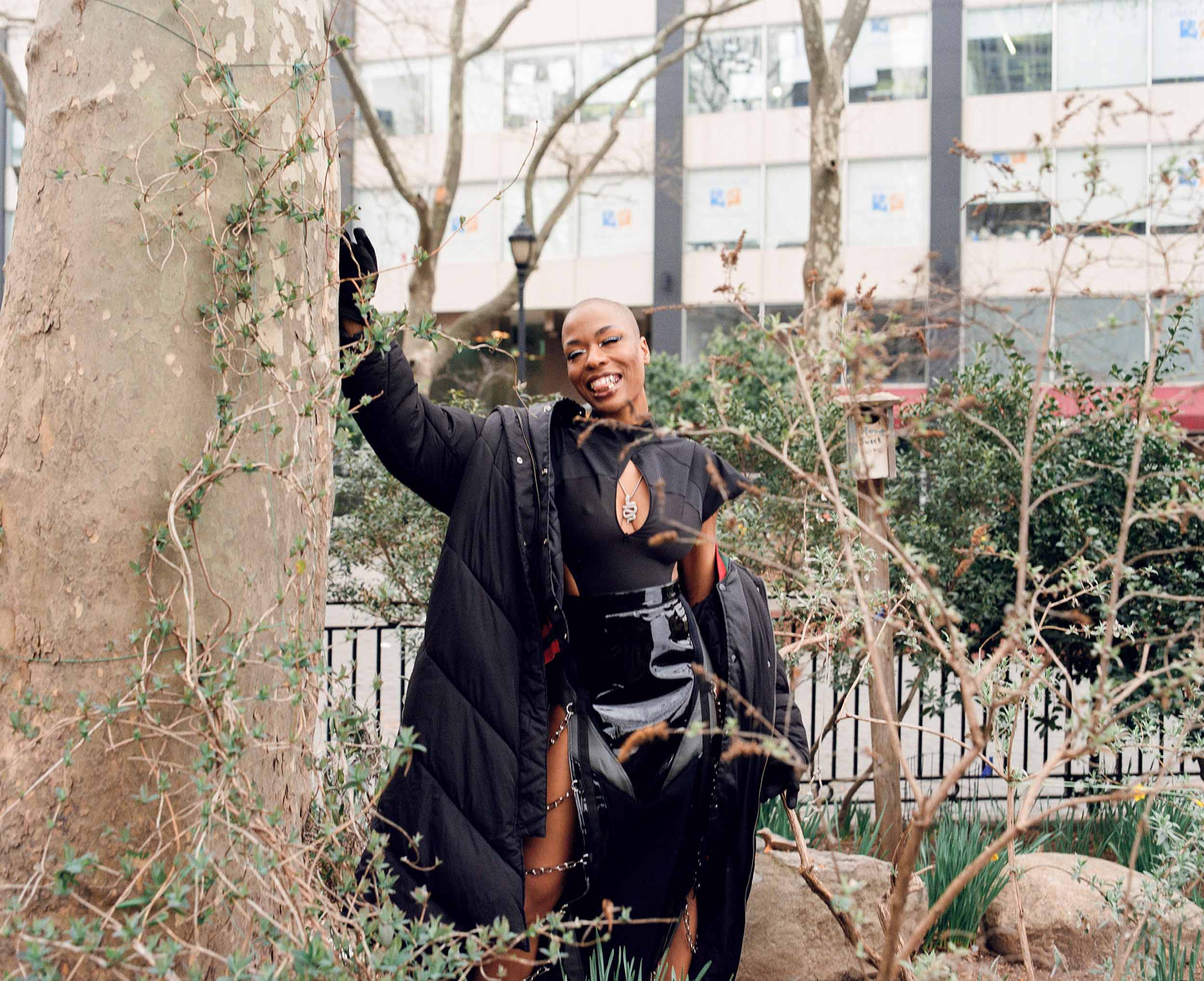 David: Who are you speaking to on this album?

David: Has there been anything difficult for you as you’ve gotten more attention and critical acclaim?

Sudan: Probably having a personal life. You get so busy and sometimes people are like ‘you don’t call me anymore.’ They’re not really understanding that you have just got off tour and you might need a whole month to just be alone. You don’t want your friends to feel like you forgot them, but you feel like they should be there for you, asking if you’re okay.

David: There’s so much snake imagery in your art. You’re even wearing a snake necklace. Why do you resonate with snakes?

Sudan: I like snakes the same reason I like pit bulls. Something’s going on where people just think they’re so mean, but they’re not. It’s because of how they look; it’s because of people’s fears. I feel like I’m like that. A lot of the people I’m attracted to are like that too. People will be like, ‘don’t hang out with that person,’ but I see something totally different. I feel like sometimes people act like that towards me. Some people just think I’m hard to talk to, or I’m intimidating, but I’m not like that at all. I’m actually just pretty shy. Just like snakes, they just want to be in a ball [laughs]. 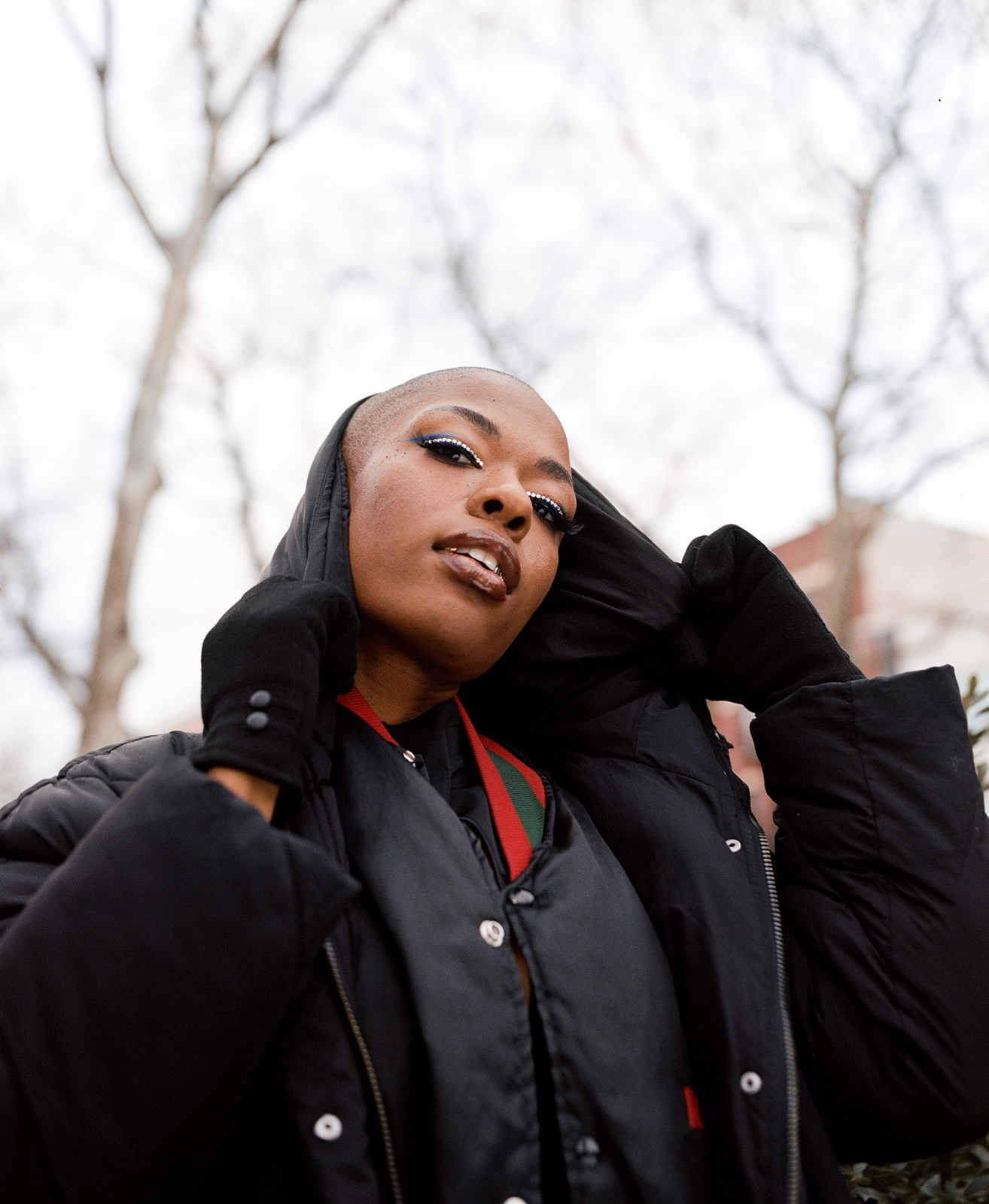