In 1967, poets Vito Acconci and Bernadette Mayer created 0 to 9, a prescient, puzzling publication. Providing none of the visual signifiers typified by magazines, it is jarring in its resistance to readability. Pictures, with a few exceptions, are notably absent. Text assumes eccentric forms, resembling encoded maps. Oftentimes, words coalesce into intimidating, rambling chunks.

Take poet Hannah Weiner’s untitled poem in issue four. A series of circular questions and answers are posed that vary only minutely—the product of scrambling words from the original set. Her words are displaced from the page’s ‘block,’ assembling into an askew formation that may or may not follow a pattern. 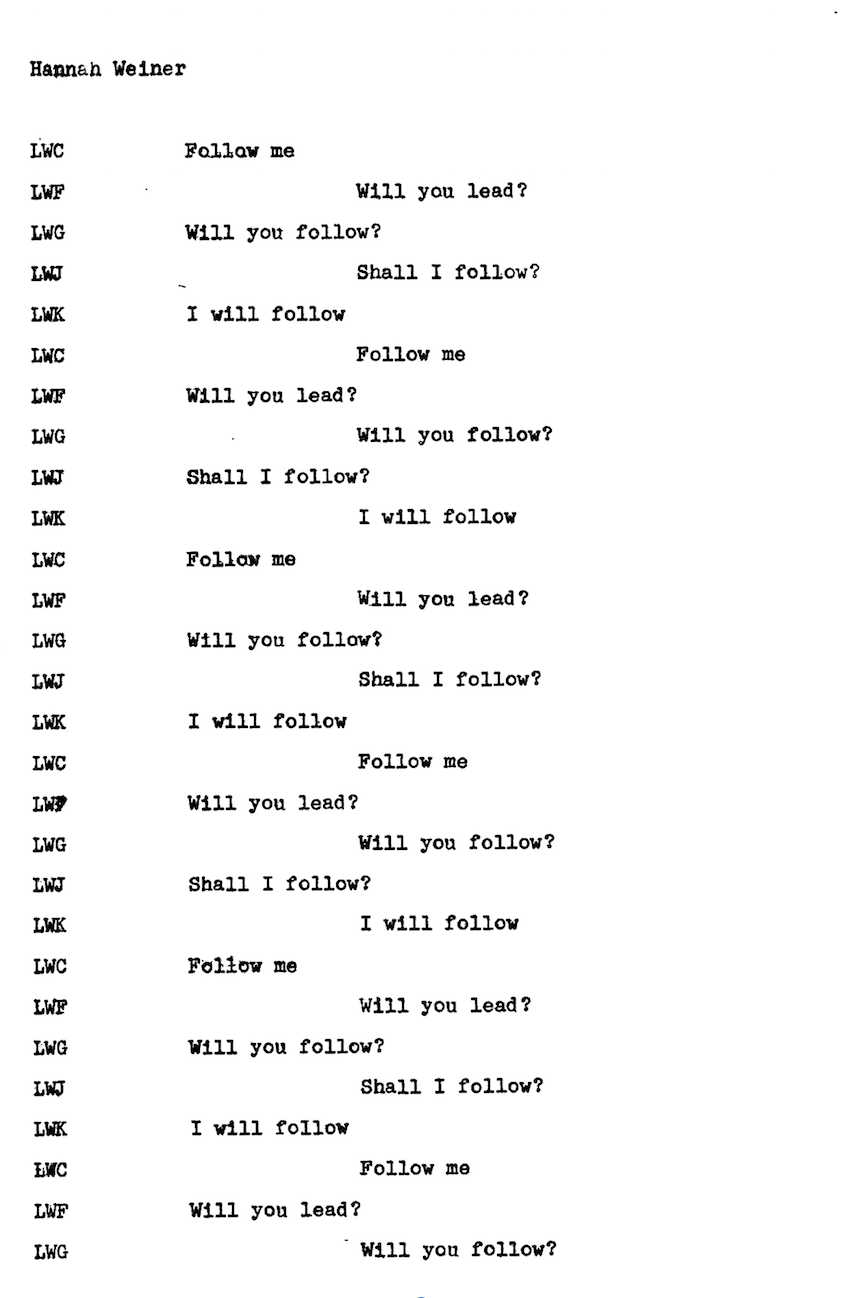 As an experiment in language composed of works by conceptual artists, 0 to 9 certainly eschewed the conventions that dictated pre-existing publications. In many respects, the New York of the 1960s that the duo occupied contained ideal conditions for experimental artistic production. Rent was cheap. Multiple movements shared space; the pop art prevalent in the early years of the decade met with emerging currents of minimalism and conceptualism. Artforum, which moved its office to New York in 1967, made strides towards democratizing the gallery system, disseminating art criticism to outsiders. Finally, while the advertisement industry was experiencing a boom, it had not yet fully codified the expectation that artists function as brands.

Since nobody was making much money anyways, competition was subdued, allowing for a collaborative, experimental spirit to flourish. For instance, the New York School poets—associated with John Ashbery, Frank O’Hara, and Alice Notley and characterized by their interdisciplinary and conversational work—congregated in the East Village, overseeing a period of robust creative output. Self-published magazines from members of the School proliferated, including Mother, C, Some Things, and The World, to name a few.

Nevertheless, Acconci and Mayer’s project proved too obscure for even the New York School poets, who did not extend inclusion to the pair—although they would later invite Mayer into their fold. So, in the true spirit of DIY, 0 to 9 was born from necessity. Acconci and Mayer sought an outlet for their work but were in want of options, compelling them to carve out a place at the proverbial table for themselves.

Attuned to the limited resources within their reach, Mayer located a mimeograph in her then boyfriend’s father’s office. The machine operated through a painstaking typing process, requiring the ink to dry on stencil film while separated between the padding and backing sheets. Mistakes were to be avoided as vigilantly as possible—the pungent correction fluid never quite matched up with the original text. Once 100-350 copies had been printed, Acconci and Mayer hand-stapled the issues together and carted them off to independent bookstores or mailed them to subscribers and artists they admired, selling them for $1 a piece.

Unsurprisingly, 0 to 9 did not yield high profits, but, then, that was never really the goal. Folding after only two years and six issues, the magazine proved unsustainable both financially and creatively for Acconci and Mayer. It is perhaps due to this ephemerality that 0 to 9 so convincingly distilled the spirit of downtown New York’s conceptual art landscape; artists did not latch onto a single endeavour or field, collaborative and continuously evolving as they were. 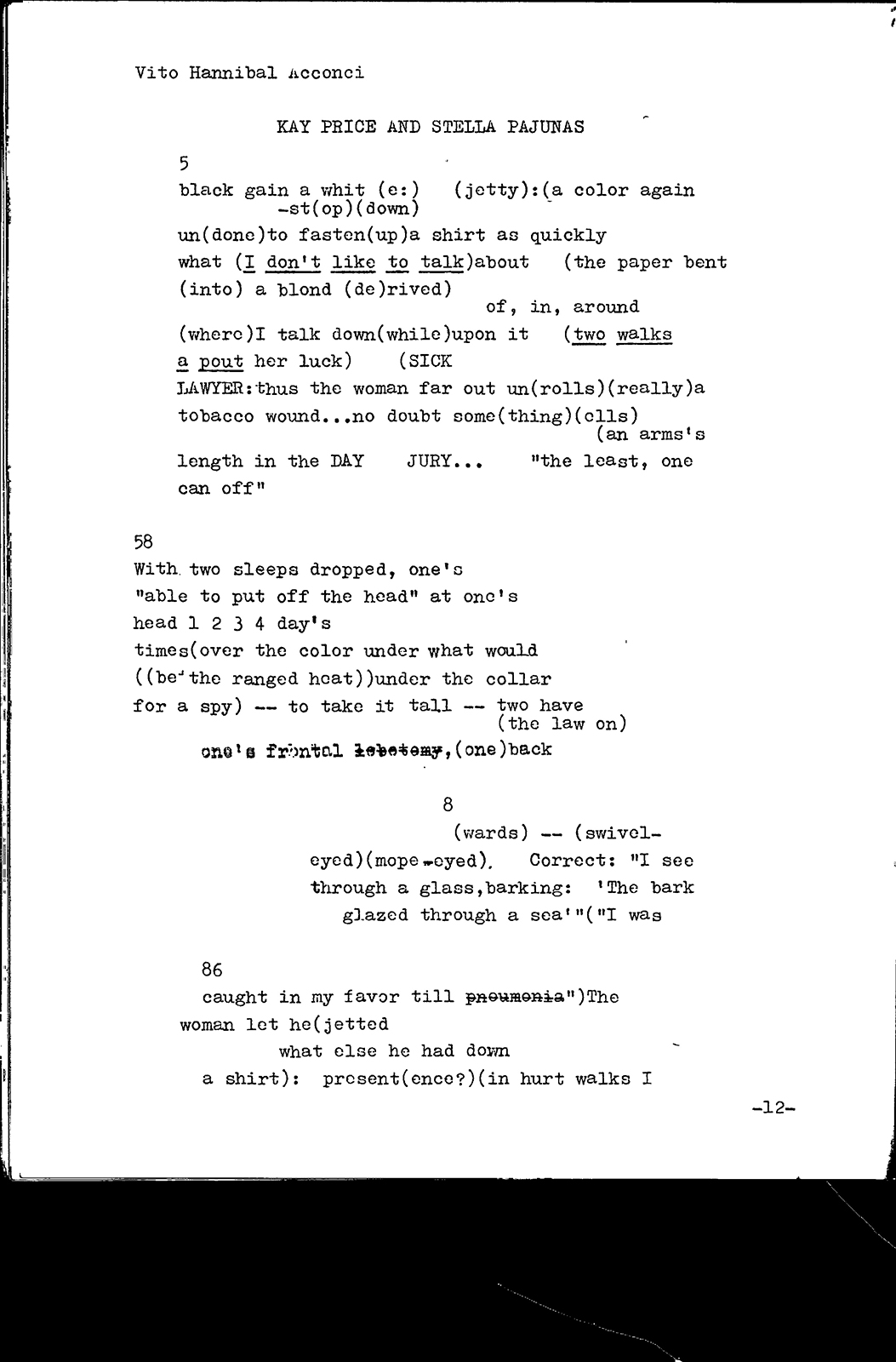 In a testament to this fact, Acconci would later transition into the performance, video, and installation work he is primarily known for today. But before doing so, he sought to reimagine poetry, treating it as a primarily visual form. Through disrupting the text’s positionality on paper, he emphasized the dialectical relationship between the blank space and the writing imposed upon it. Acconci often included multiple poems on a single page that obfuscated point of entry, relying upon space to provide distinction and coherency. He was also concerned with deconstructing language, emphasizing certain vowels and syntactical structures with circles and underlines.

In Mayer, a fellow former Catholic student turned radical poet, Acconci found a kindred spirit. She shared Acconci’s desire to reconfigure the limits of language and frequently played with typographical effect. Mayer also practiced stream-of-consciousness and record keeping, relaying between the personal and the detached. So, a partnership between the two arose intuitively—mutual respect and admiration affirmed. Executing their vision, too, followed intuitively, beginning by featuring their friends, translations of international texts, and out-of-print writings without copyright. Contemporary poets and artists of some renown soon followed, interested in the broad conceptual freedom 0 to 9 afforded. 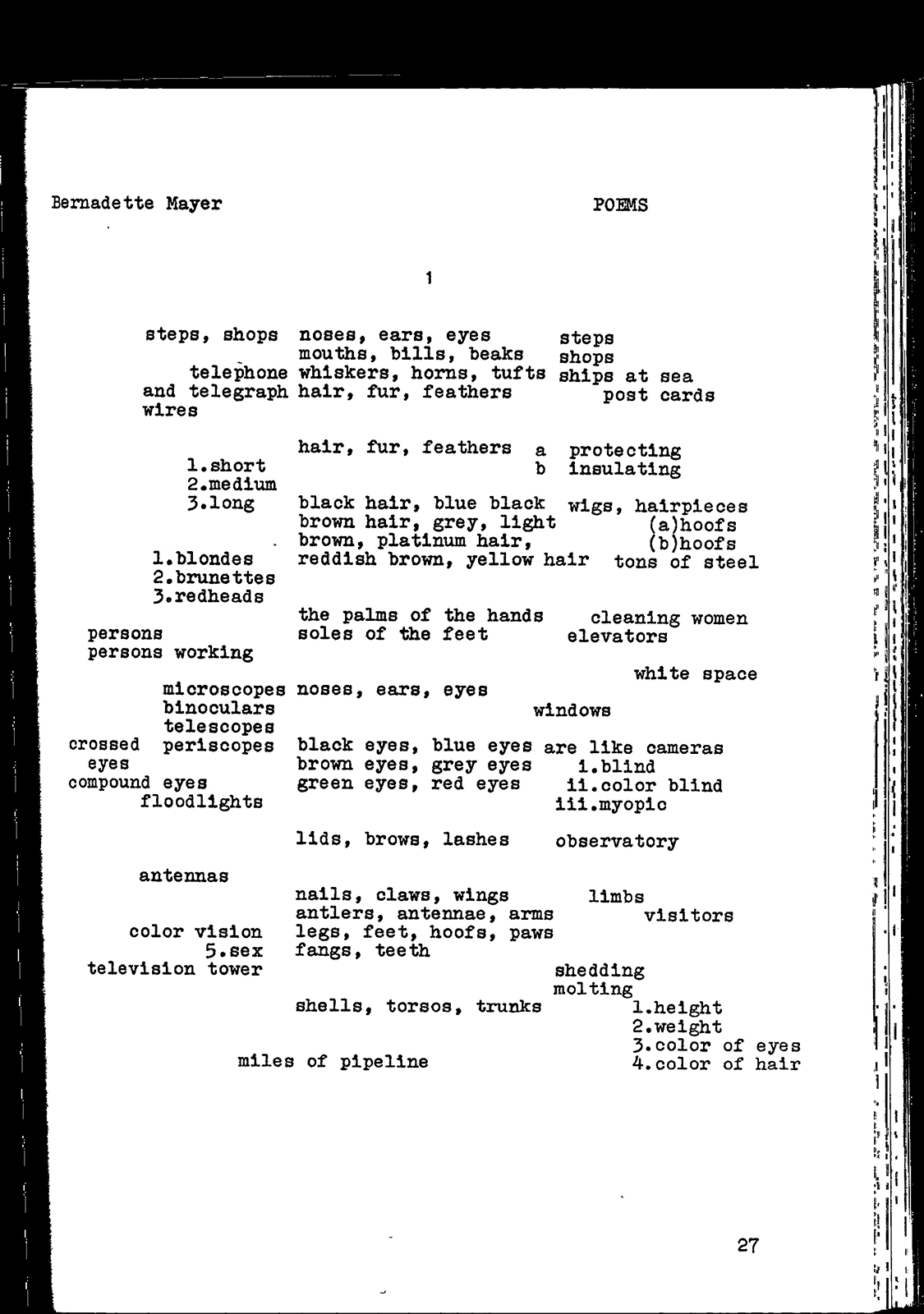 In fact, the publication’s roster of artists included many of conceptualism’s heavy hitters. Emmett Williams contributed his concrete poem “musica” in issue 4, itemizing the seven most frequently appearing nouns in Dante’s The Divine Comedy and then logging the words repetitiously until their quotas were fulfilled. Choreographer and dancer Yvonne Rainer shared “Lecture for a Group of Expectant People” in issue 5, delineating the infinitude of movements isolated parts of bodies can execute. Artists Adrian Piper and Sol Lewitt offered investigations into a pared-down, quantitative means of communication. Their ‘informational aesthetics’ implemented diagrams and graphics to demonstrate how structures manufacture meaning. 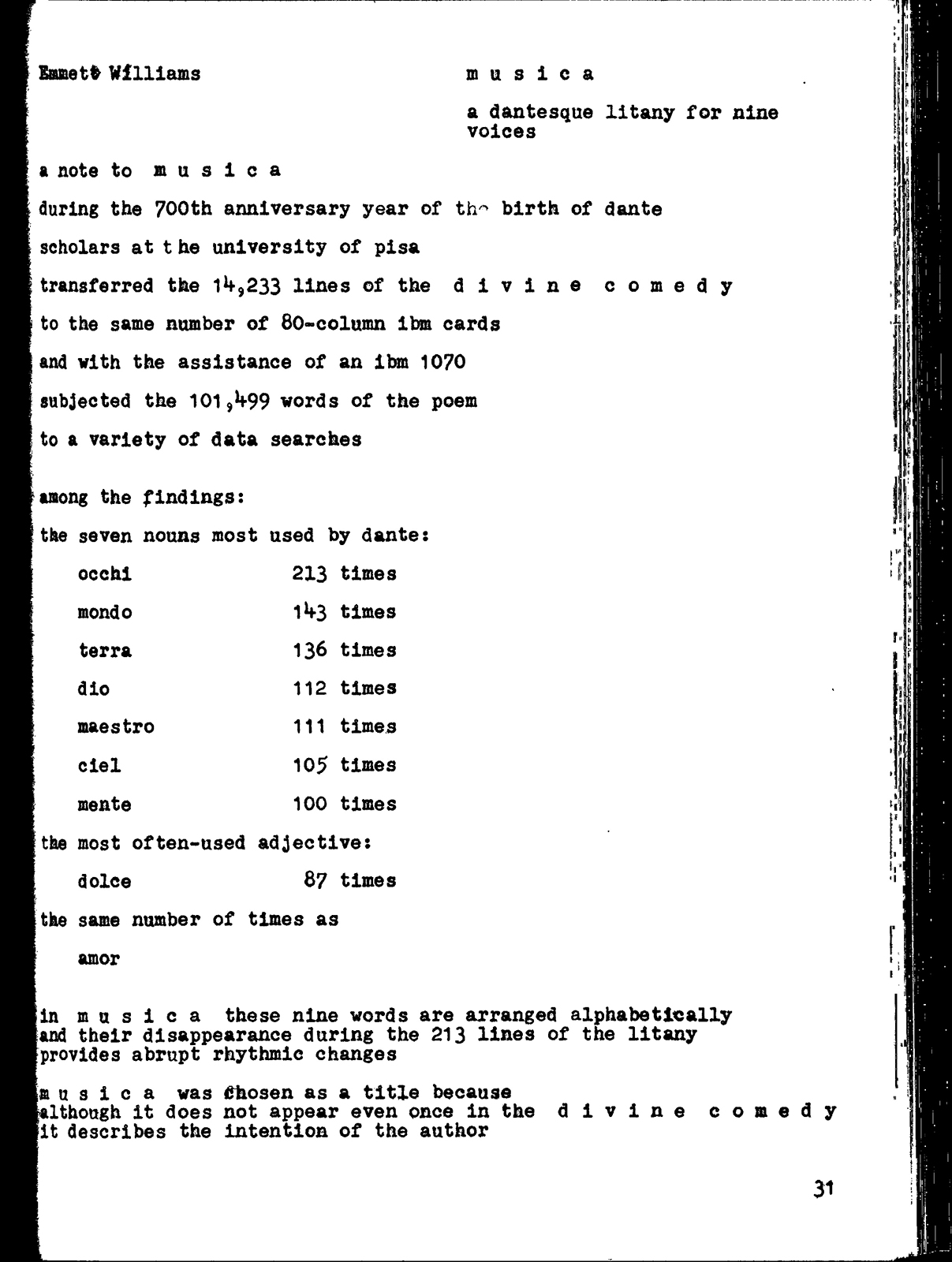 Whether honing in on words, movements, or data, the artists represented in 0 to 9 were unified by their interest in breaking down systems, evaluating how their parts independently operate and create—or ‘decreate’—meaning. Their experiments corresponded well with the intellectual zeitgeist of the time, as theorists like Roland Barthes and Giles Deleuze popularized poststructuralism in academia. Nevertheless, 0 to 9 did not receive institutional recognition, perceived as too uncategorizable and unapproachable in its design, content, and distribution.

Ironically, Acconci and Mayer selected the magazine’s title in an effort to maximize approachability—in the formalist, not commercial, sense, however. Named after Jasper Johns’ 0 Through 9, the pair was inspired by his treatment of numbers and letters as material entities. Acconci and Mayer sought to expand upon his approach, rendering words material. They changed the ‘through’ to ‘to’ because they privileged ‘image over sense,’ or as Acconci remarked, “ ‘0 to 9’ isn’t language, so there couldn’t be a language mistake, ‘0 to 9’ is an icon, ‘0 to 9’ is advertising.” In other words, they understood the title as an object rather than a message. The magazine follows this logic throughout; meaning is hidden in plain sight, articulated through form and visual effect. More acutely, meaning is found in the process of meaning-making itself. When examined with this idea in mind, 0 to 9 becomes less like a labyrinth than a puzzle, engaging and cerebral—not impenetrable. 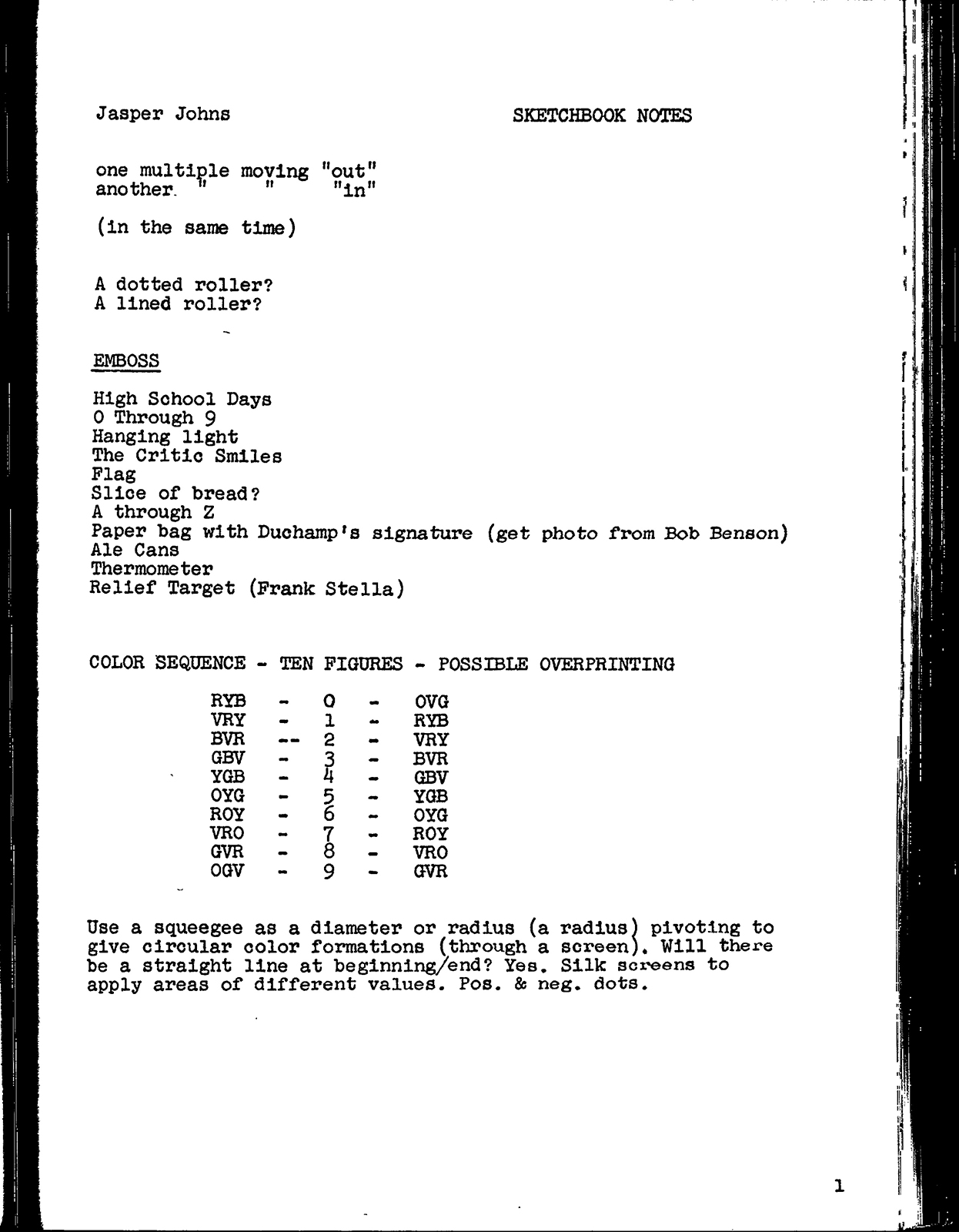 In our current time, a project like 0 to 9 perhaps seems untenable. There are fewer concentrated countercultural movements to tap into, given our highly individualized, alienated social structure. As print publications struggle to stay afloat, experimental endeavours increasingly occur within the digital sphere. Yet, examining mechanisms that facilitate the transmission of meaning is as relevant a pursuit as ever. The contributors to 0 to 9 knew this, accounting for the evolution of language and anticipating our increasing reliance upon data to articulate the world around us. Therein lies the singularity of 0 to 9: it is both totally of its time and beyond it, turning language in on itself for future generations to unravel. 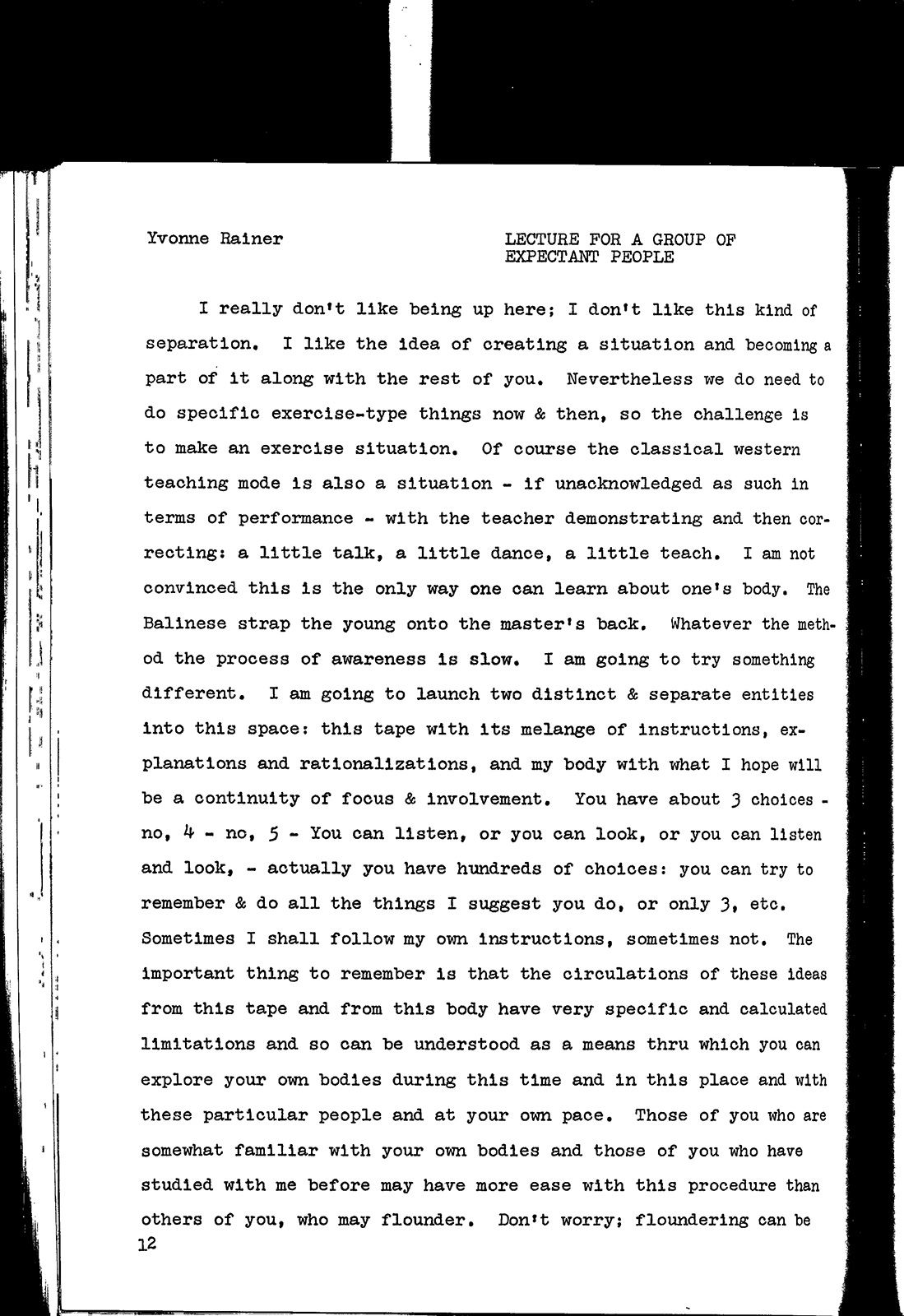 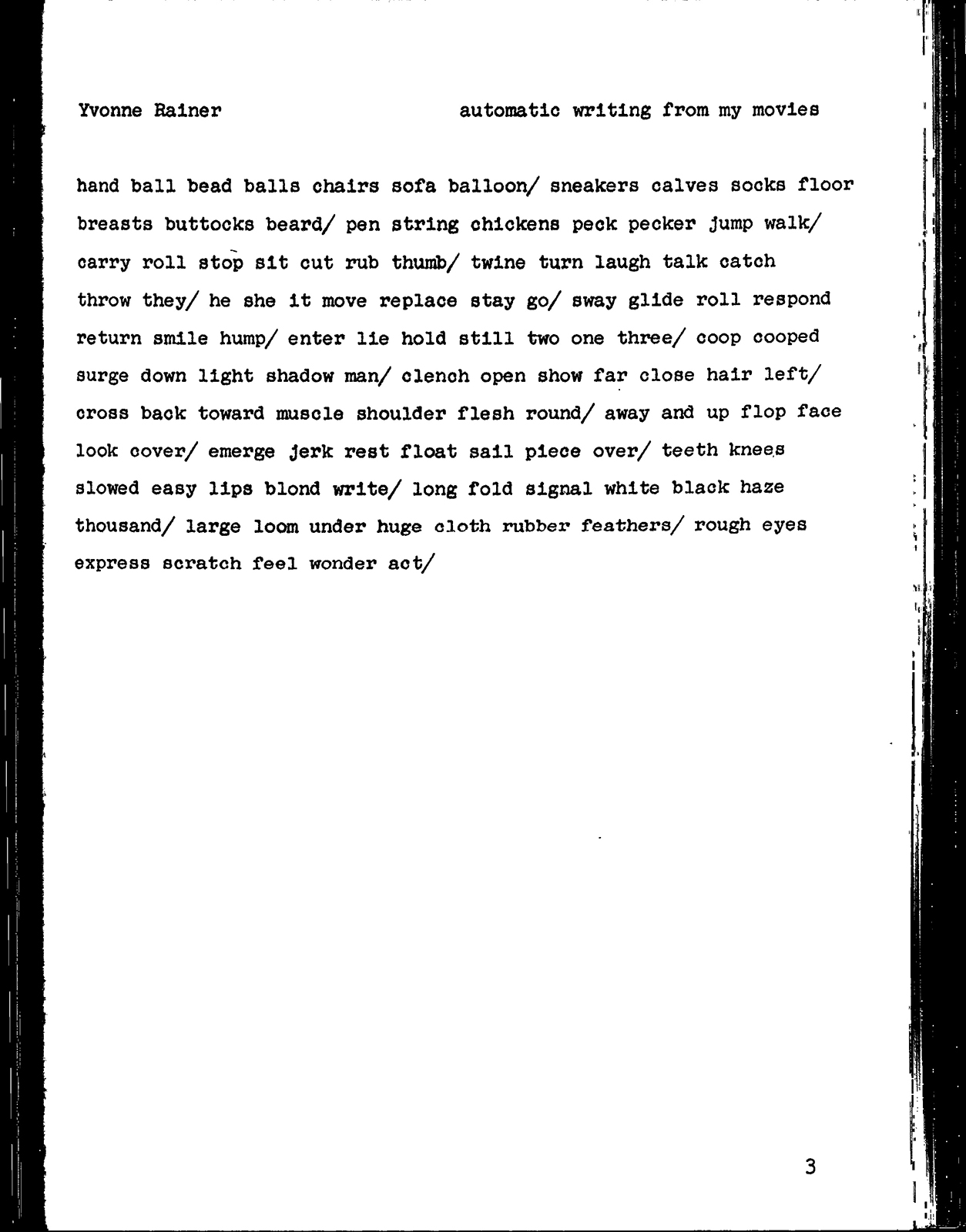 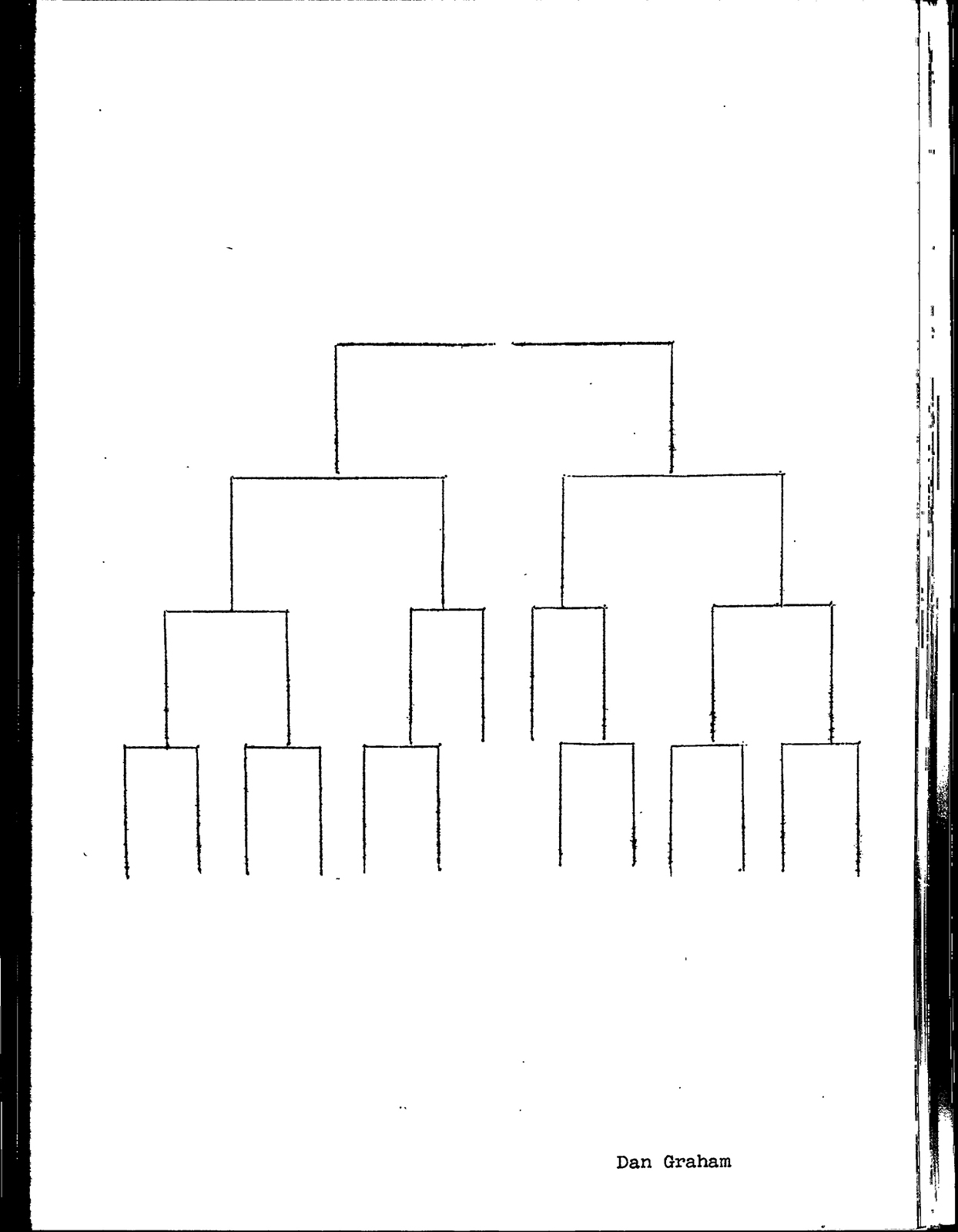 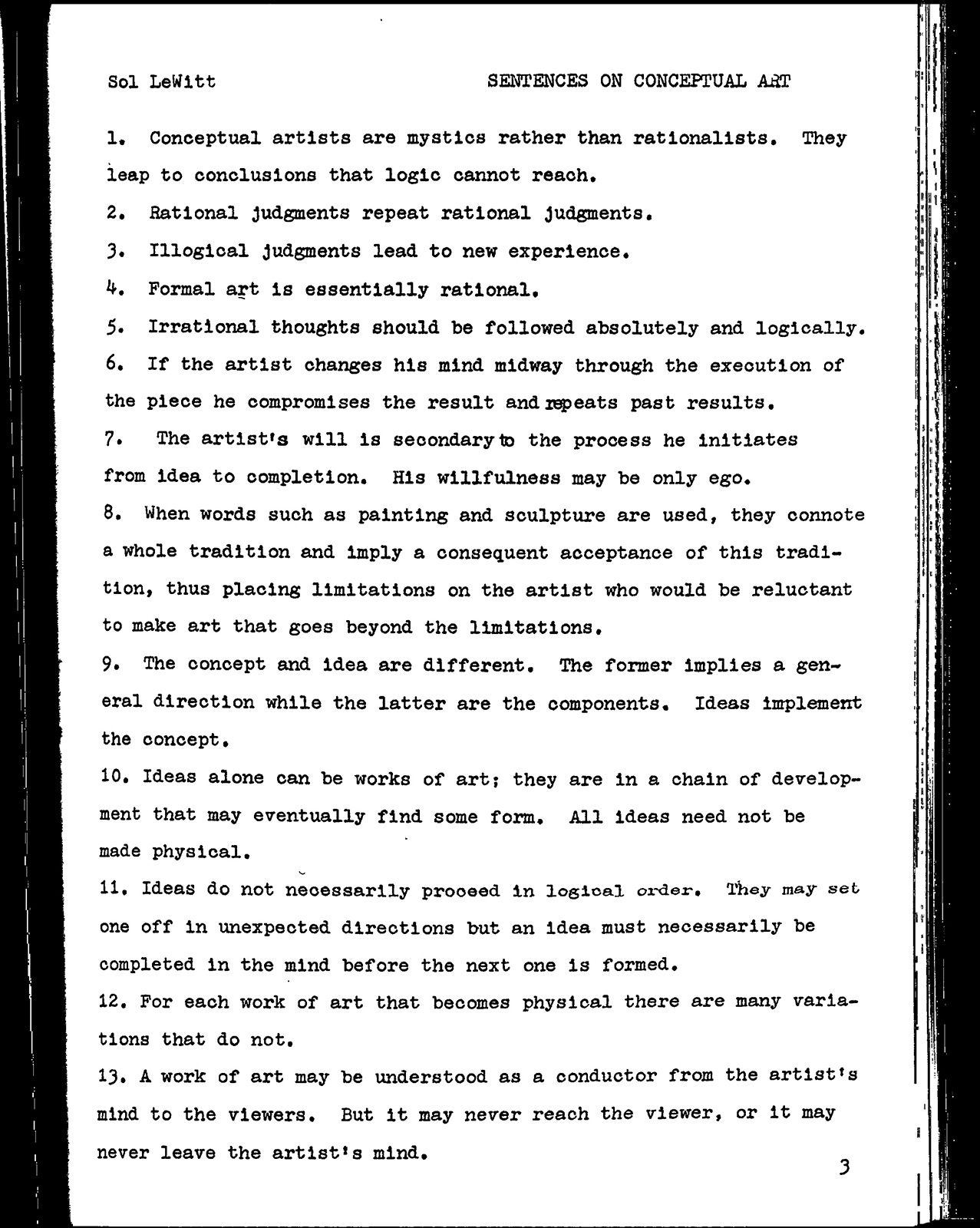 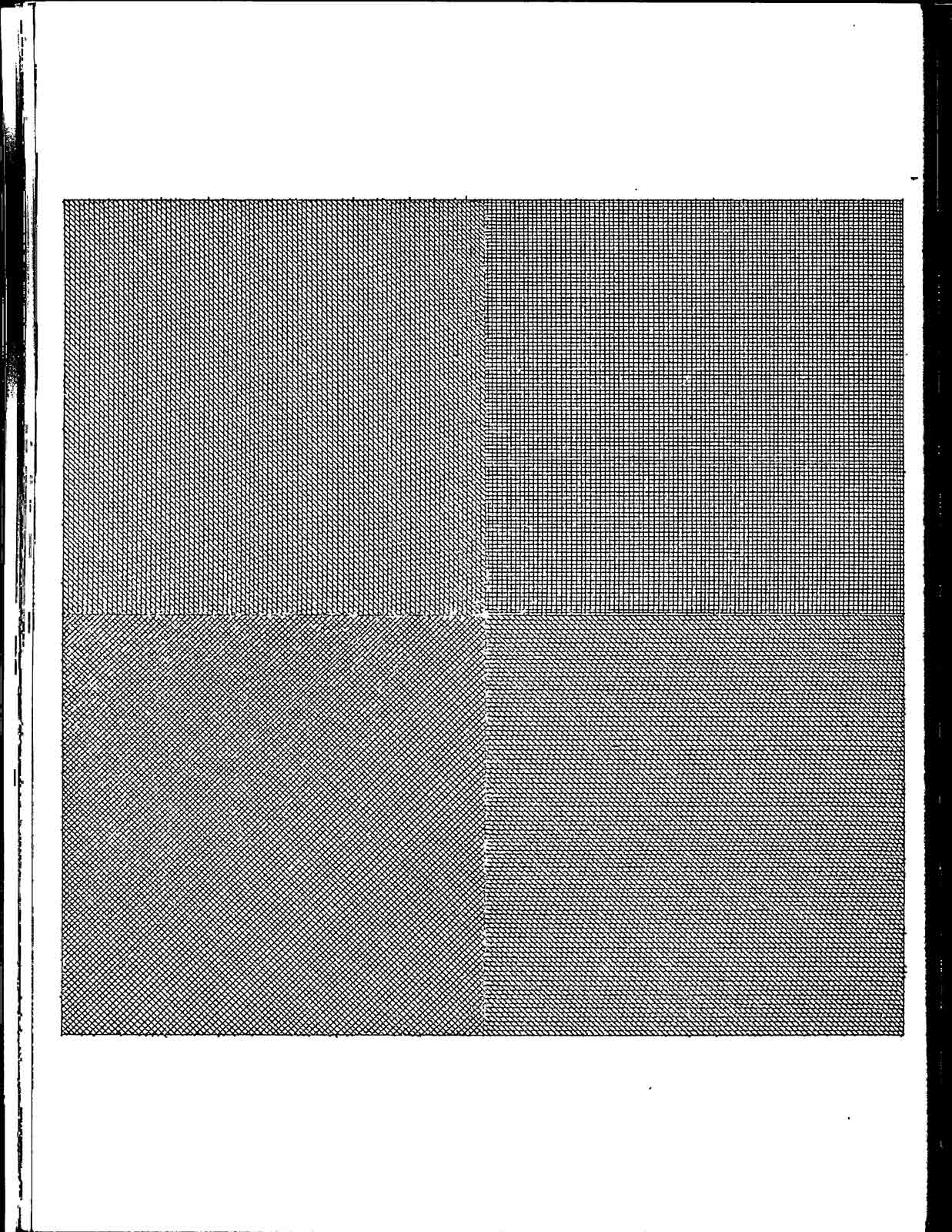 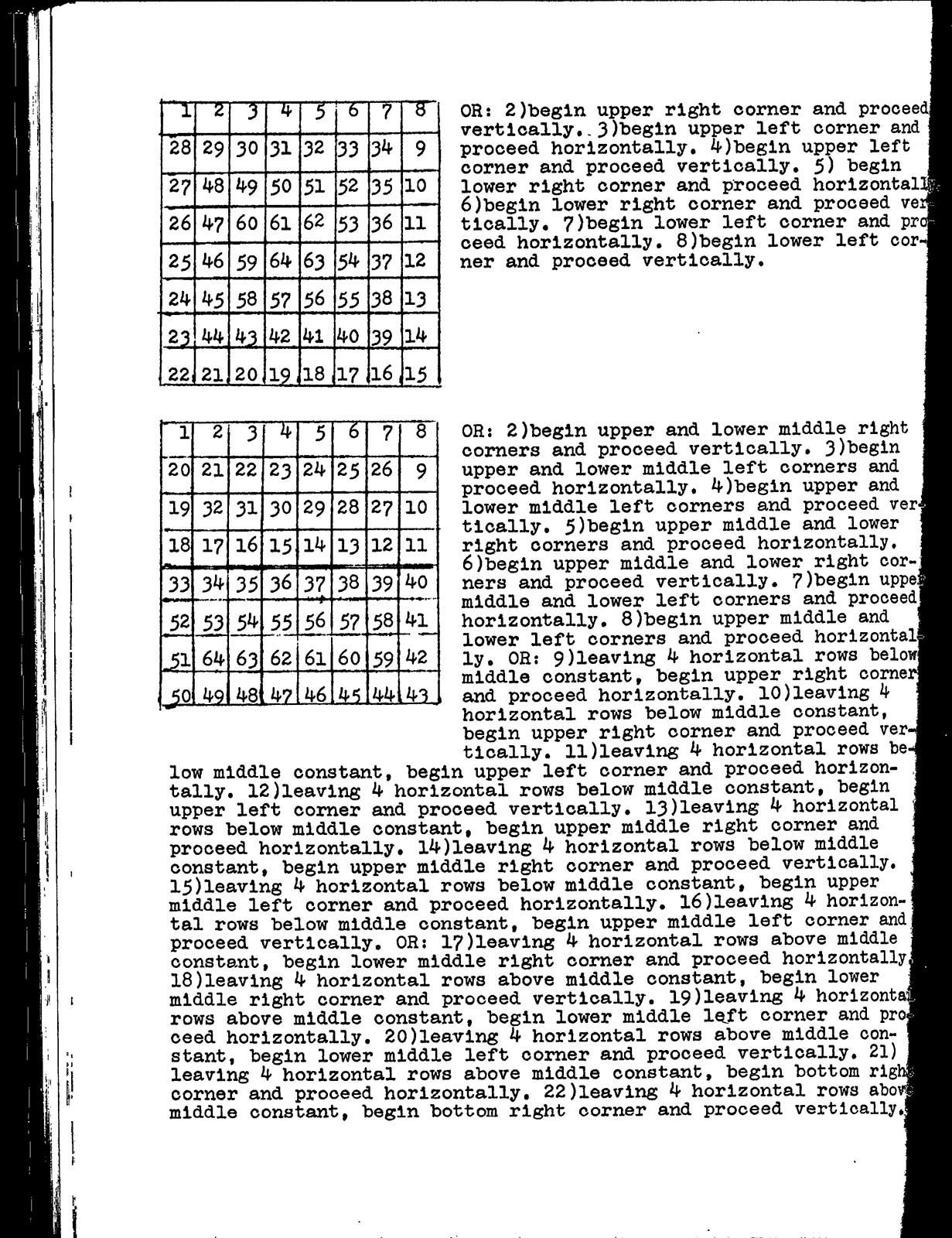 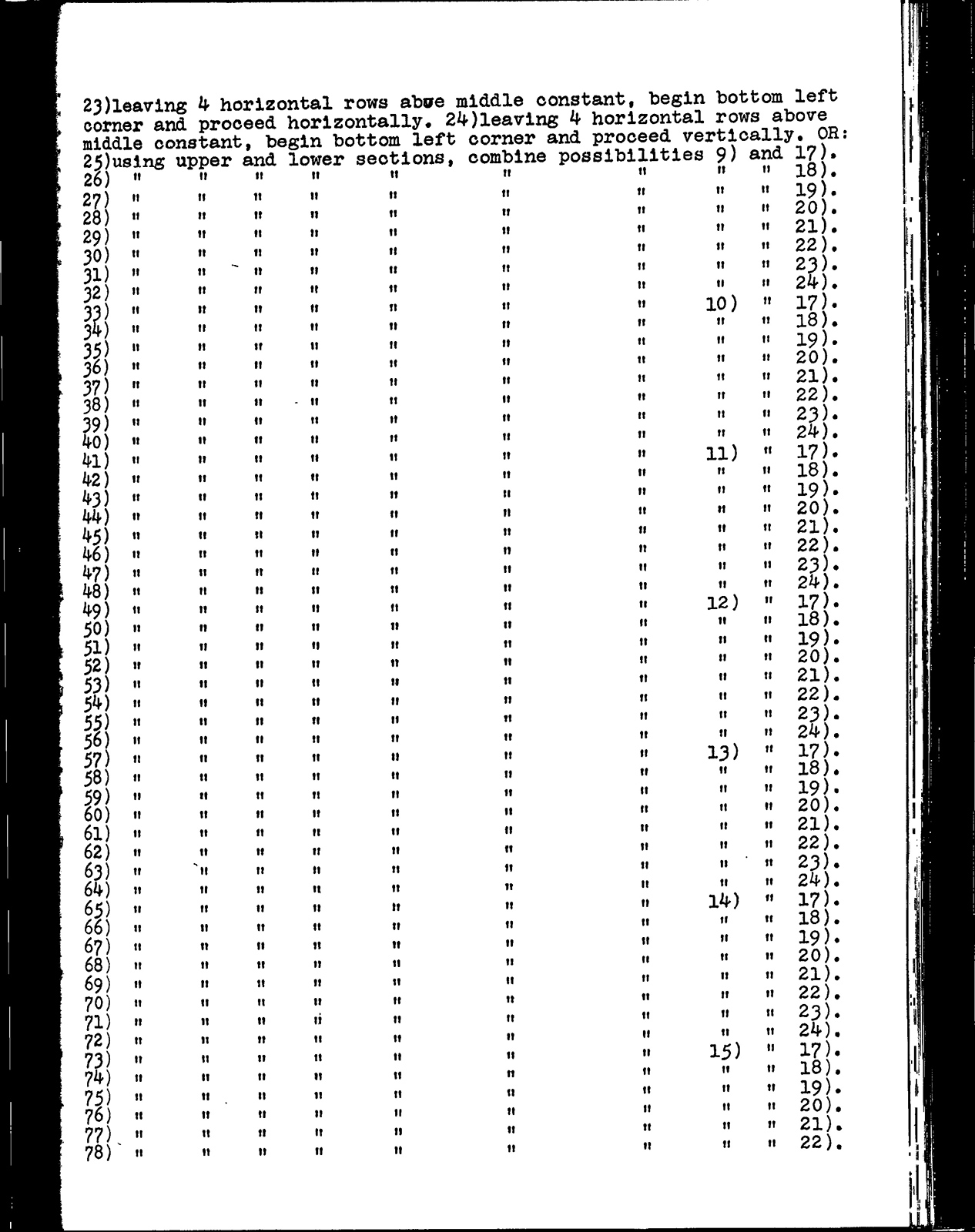 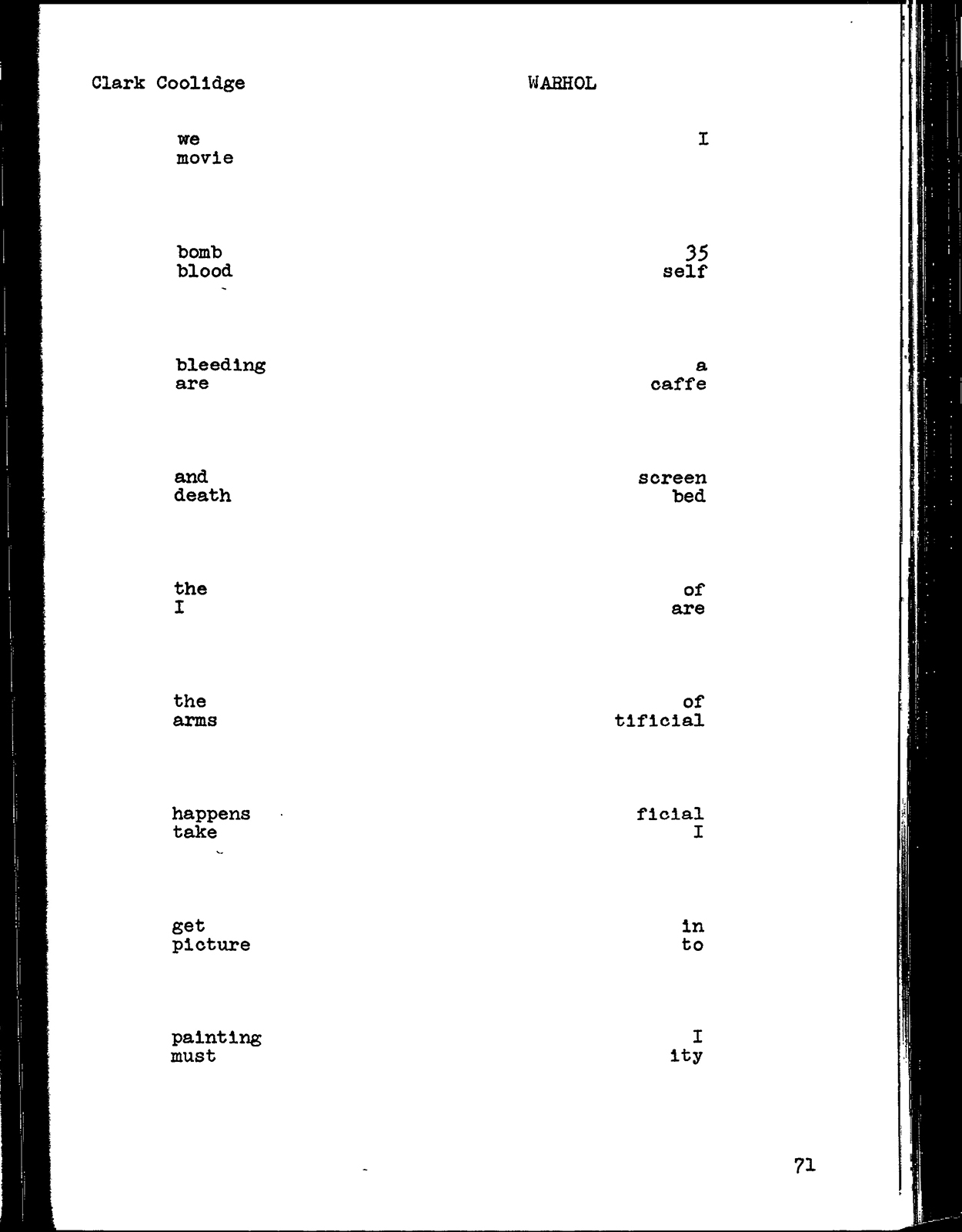 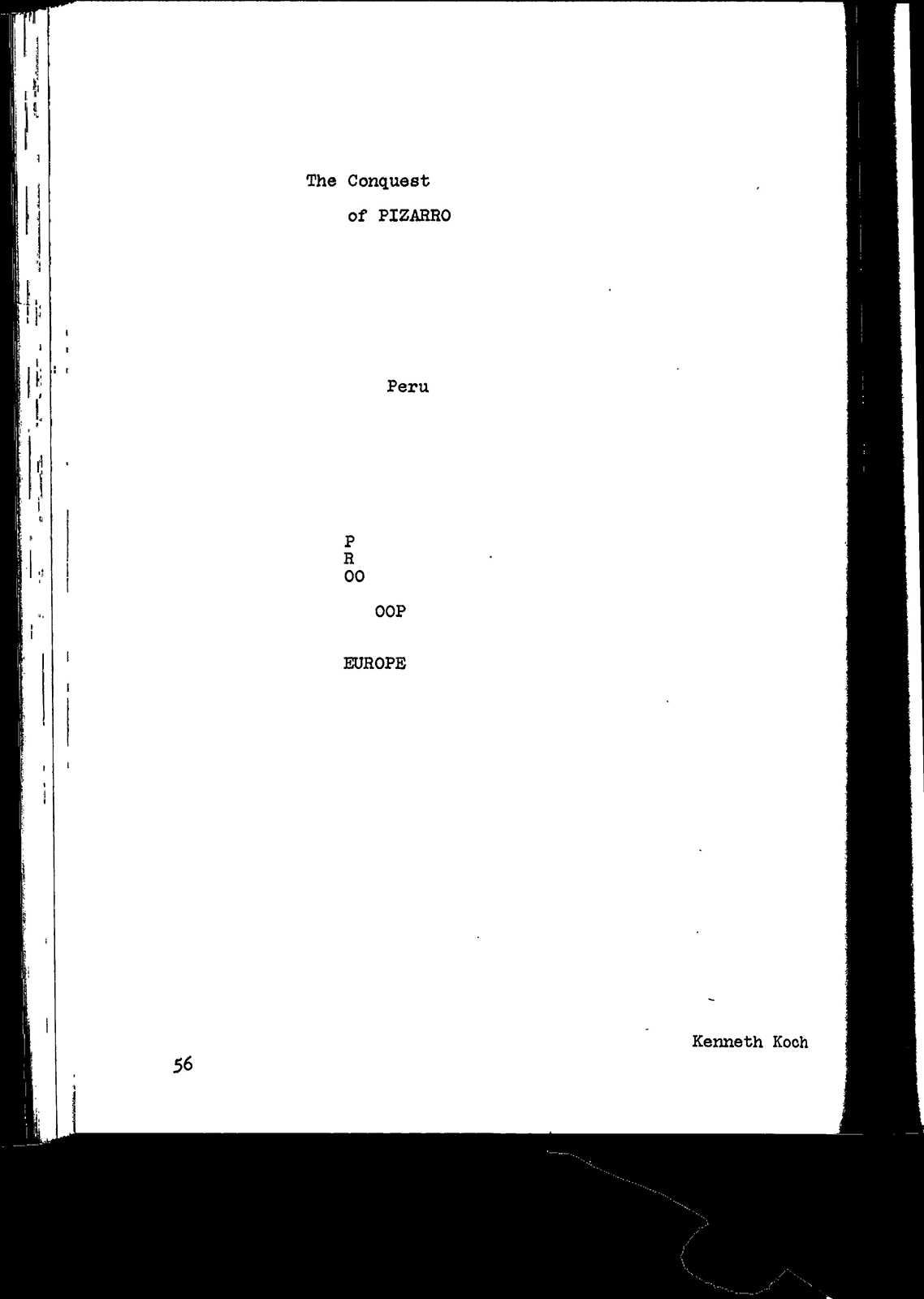