Amidst the nearly empty New York City streets, Hillary Taymour of Collina Strada has been walking every morning from her South Williamsburg apartment to her studio in Chinatown where she meets friend, model, and collaborator Sasha Melnychuk, and the two get to work. They are not working on the next Collina Strada collection, though. Taymour and Melnychuk are using the pattern posted days ago by Sébastien Meyer and Arnaud Vaillant of Coperni to make masks for New York City healthcare workers.

The effort by the fashion community worldwide has been monumental in bridging the gap between the needed and lacking PPE for healthcare providers. European fashion houses including Gucci, Balenciaga, and Saint Laurent have responded by having their workshops begin to manufacture medical-grade masks en masse. UK-based Phoebe English has called to action other designers, asking them to pivot to manufacturing medical supplies. Armani has halted its fashion production altogether in its Italian factories to make overalls for medical workers. And in New York, now the global epicenter of the COVID-19 pandemic, hospitals are already overflowing. There is an increasingly stark contrast between the eerie calm of Manhattan and the chaos inside the walls of New York’s health care facilities. As supplies dwindle, Governor Andrew Cuomo has repeatedly made pleas for more personal protective equipment (PPE) for first responders, leading New York-based Christian Siriano committing to manufacturing face masks in his warehouses stateside. As an independent designer, Taymour has comparatively limited resources, but is equally committed to supporting healthcare workers on the frontlines.

For obvious reasons, I wasn’t able to visit the studio nor meet up with Sasha to discuss her efforts, but she shared her experience over email. “Bunny sent me a link for @masks4medicine, and I called Hillary right away,” she told me. “I’ve been working on them for three days and finally mailed a first batch, which was about 50 masks.” Melnychuk explained that it took her a while to get them just right as she had to hand-stitch elastic into each mask for the nose. It would be an addition both for comfort and utility. 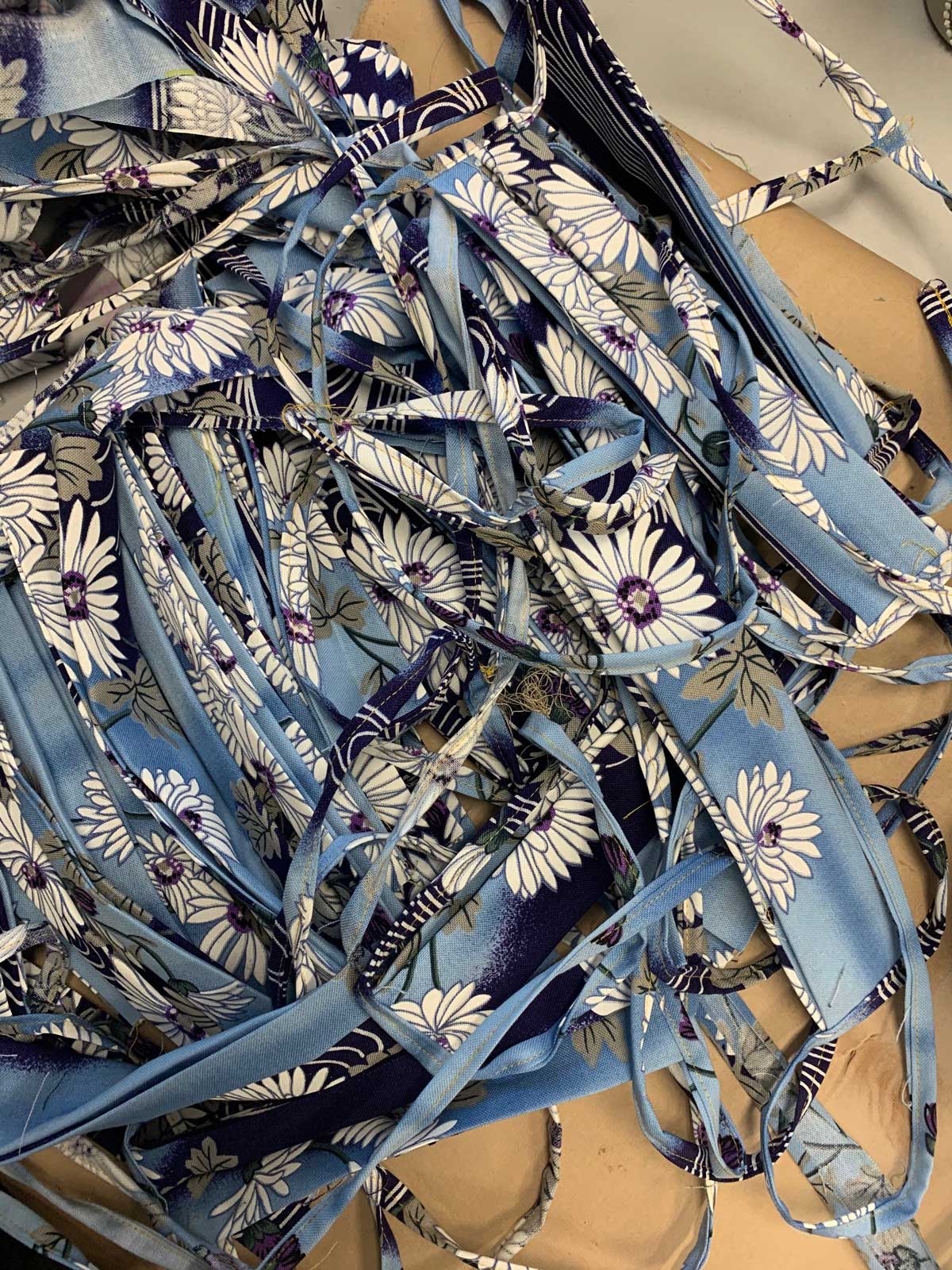 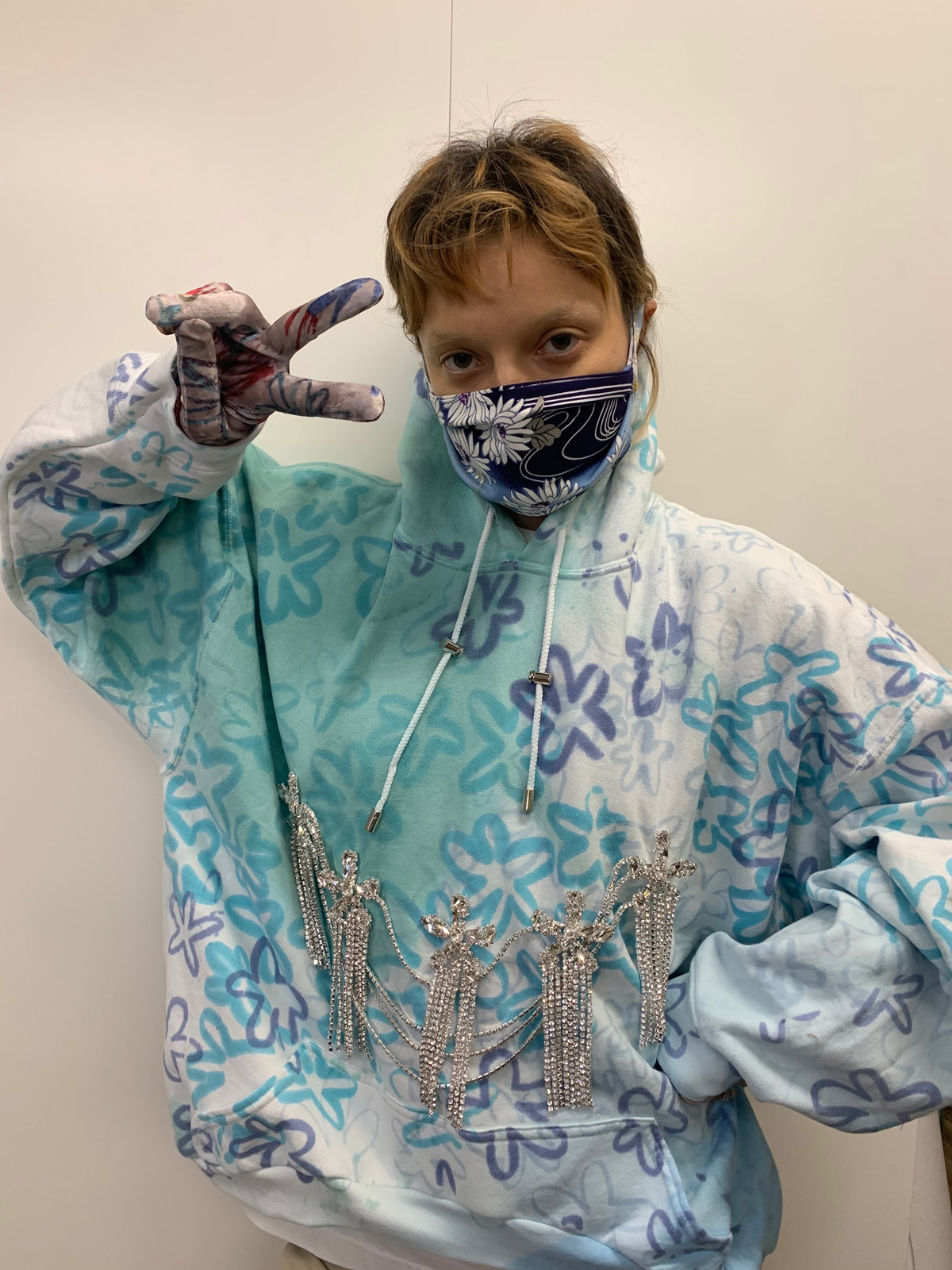 An initiative started by NYU Langone dermatologist Dr. Nicole Seminara, @Masks4Medicine is functioning as the in-between for any and all who are able to sew these masks and send them in for distribution among the city’s hospitals. Despite most people feeling like their worlds have been put on pause, thousands of our nurses and doctors have just gotten started.

Taymour has since halted all of her collection work on Collina Strada and while she continues to ship e-commerce orders on her own, she has shifted her daily work to making masks alongside Melnychuk. The LA-turned-NYC designer has made a name for herself in challenging the norms of fashion for the sake of sustainability and inclusivity, and her most recent efforts are no different. “We’re working in an entirely different landscape right now,” she says. “I can’t promote selling clothes as though we’re not in the middle of a global crisis.”

Masks have been a topic of discussion for weeks as COVID-19 inched its way across continents. We were told not to wear them, then to wear them, that they protected us from spreading the virus, but not from getting it, that N95 masks needed to be professionally adhered to be useful, and so on. The mass influx of information was confusing, to say the least. What has become clear is that the largest issue hospitals are facing right now is a lack of supplies. Nurses and doctors are having to reuse their masks and gowns, which is not only a health threat to the patients, but to the doctors themselves.

With our spray-tanned, babbling commander-in-chief at the helm, it is to no one’s surprise that we enter this state of emergency wholly unprepared, despite Trump repeatedly claiming, “We’re doing something really big. We’ve got this.” The estimated 3.5 billion masks needed to see this pandemic through are seemingly not part of the really big something. Residents of New York and beyond are taking matters into their own hands to alleviate, if only slightly, the burden that our healthcare workers face. 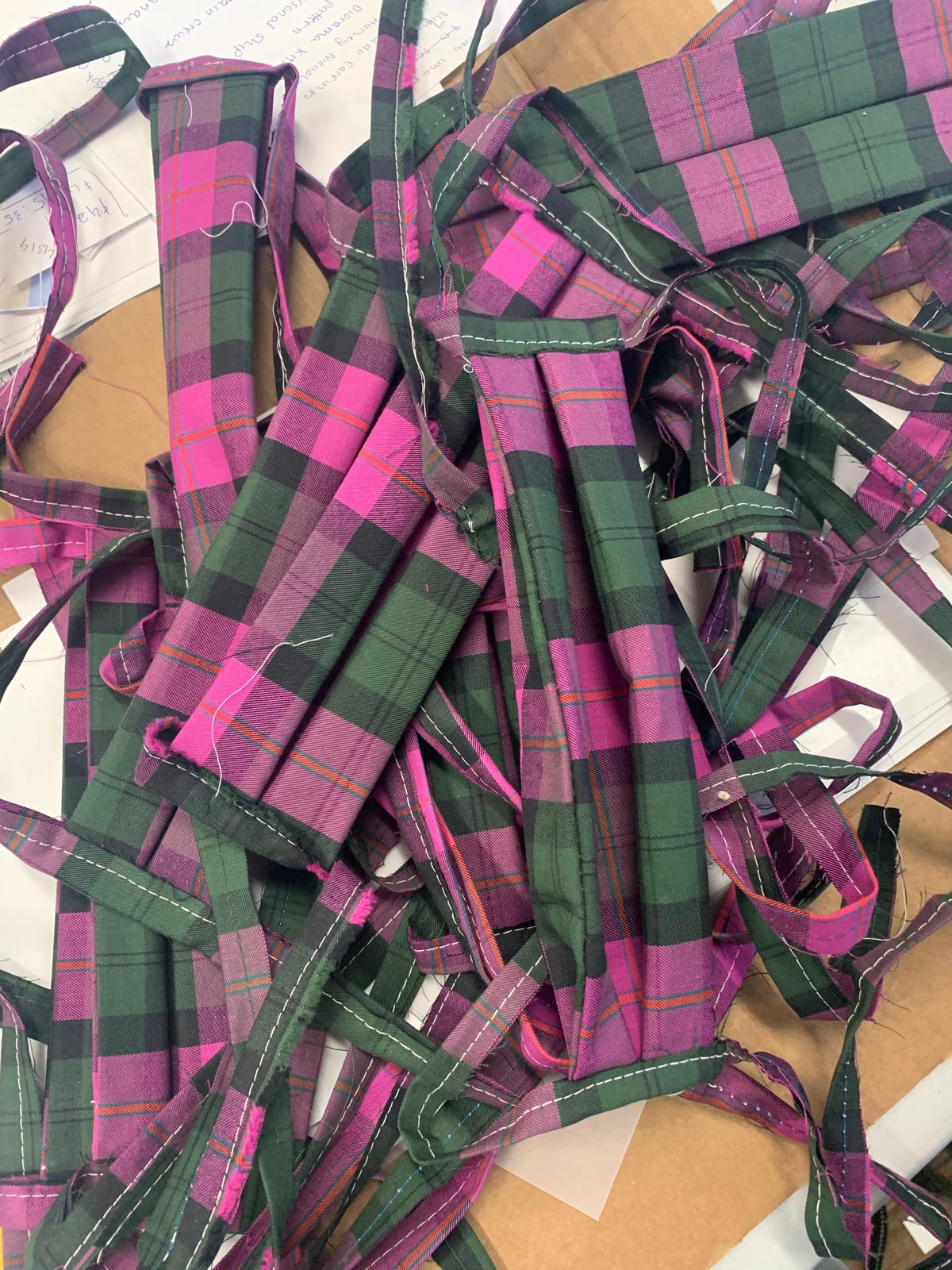 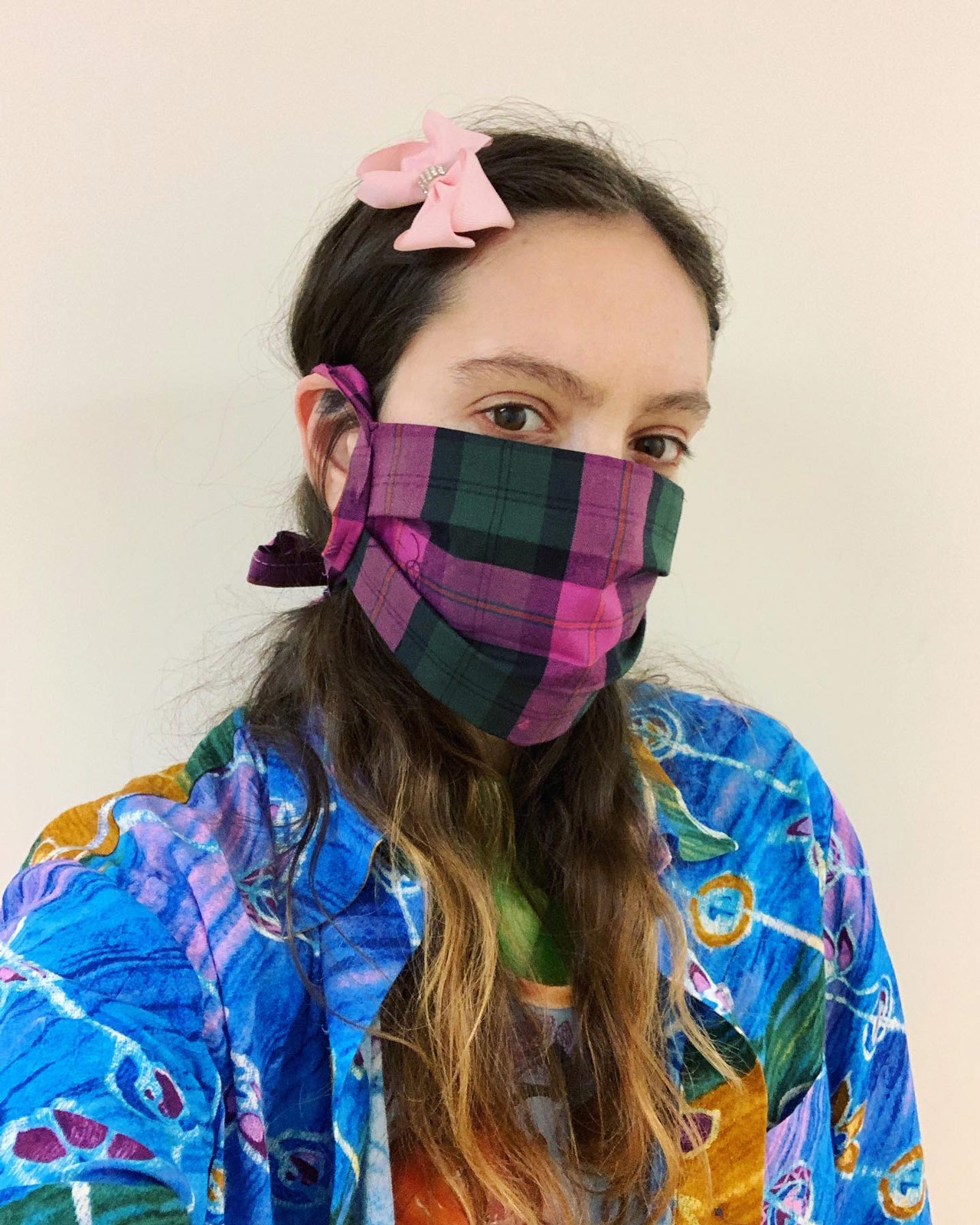 I asked Hillary to explain how the handmade masks being sewn would be used in comparison to N95 and the blue surgical masks we see healthcare providers wearing during a routine doctor’s office visit. “These masks will act as a life-lengthening tool for the surgical masks,” she told me. “If people wear these over the blue surgical masks, they are able to get another use or two from the medical-grade ones. The cotton masks can then be washed with hot water and used again for the same purpose.” While doctors and nurses coming into contact with the patients will largely be using the N95 masks, the donated masks by Hillary and Sasha are crucial in protecting those healthcare workers who are not coming in direct contact with COVID-19 patients. “How we react in these times is everything. I couldn’t go on with business as usual for many reasons,” Hillary added.

I’m sure I can speak for everyone in New York when I say that we want nothing more than to see our city back on its feet. This place is nothing without the people we love and the establishments that we frequent. It may be a while before we carry on as we once did, but we will. For the time being, we are responsible for doing what we can.

“The reason why I’m doing this is obvious,” Sasha Melnychuk added. “I wish I had a factory and could make more than 35 masks a day, but at the very least, I am happy to use my skill for good. Tomorrow I begin a new job sewing medical gowns for Open Jar Studios. It’s estimated that New York will need millions more gowns.” 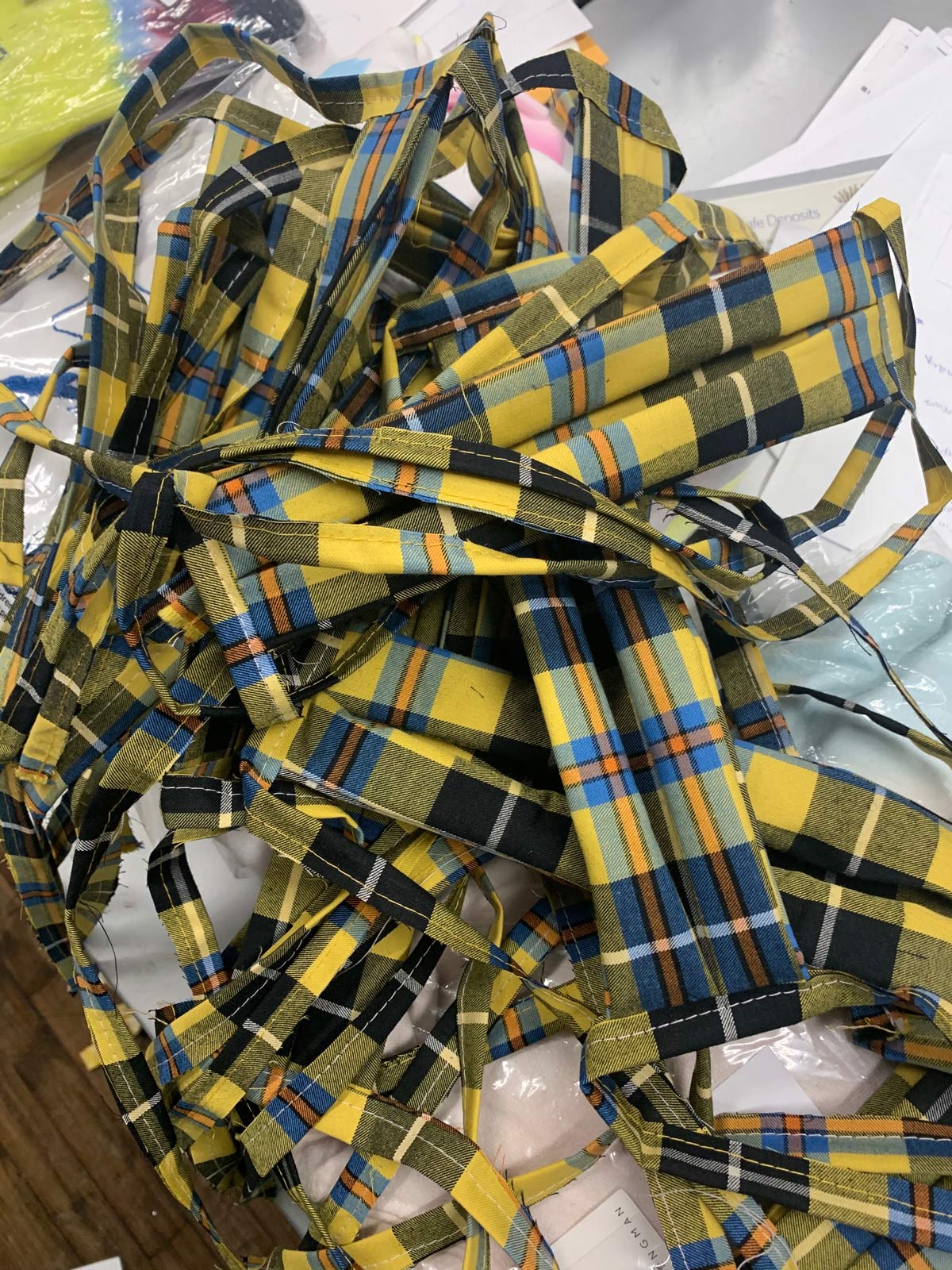 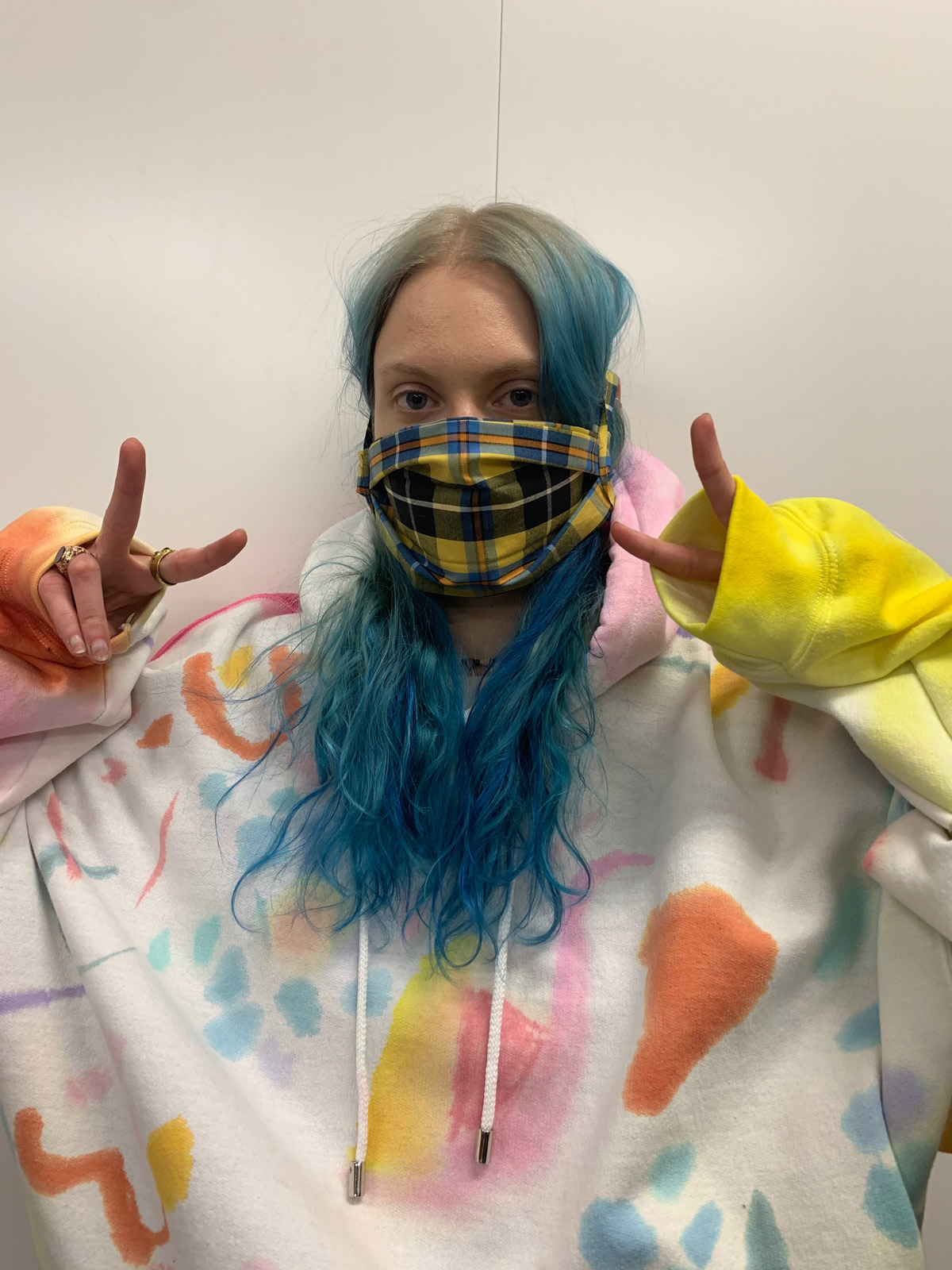 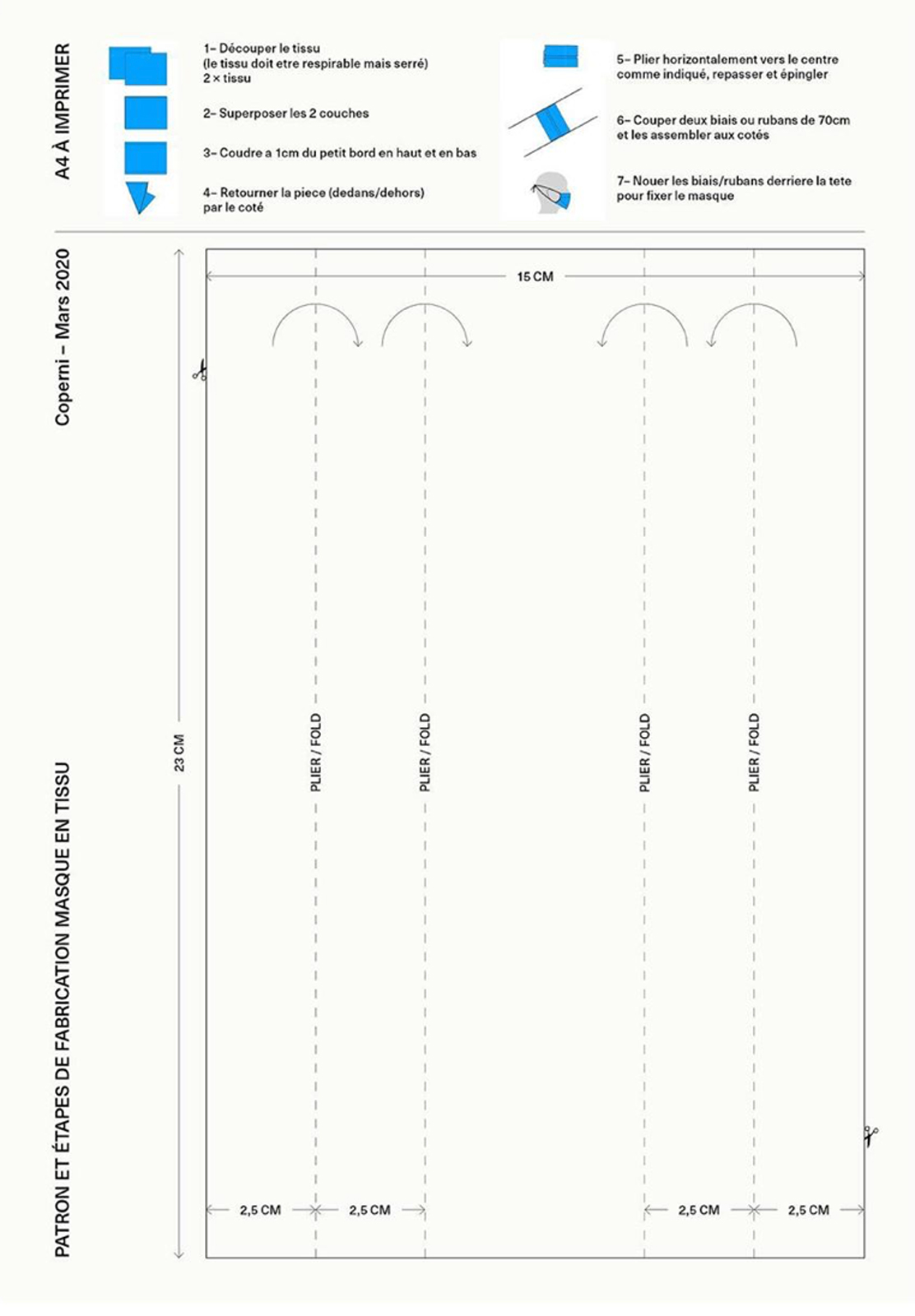