A former Lady OA member recalls the lengths she went to survive in a hyper-masculine world.

Chicago is a microcosm of the United States: a mélange of working-class neighborhoods dominated by a single ethnic group, be it African-American, Latinx, or European descent. The enclaves were hermetic, drawing strict boundaries that were fiercely protected by local street gangs, widely known as “clubs” that often got their start in schools and athletic associations.

In the 1950s, the gangs began to don sweaters to identify themselves, and carried compliment [business] cards that bore their affiliation and became status symbols. As the gangs grew, the violence increased, and by the 1980s, many of the smaller local clubs had been consumed by larger syndicates that have become synonymous with inner-city violence. Within this extremely male-dominated culture, the ultimate underground phenomenon emerged: that of girl gang members whose stories have largely gone untold. 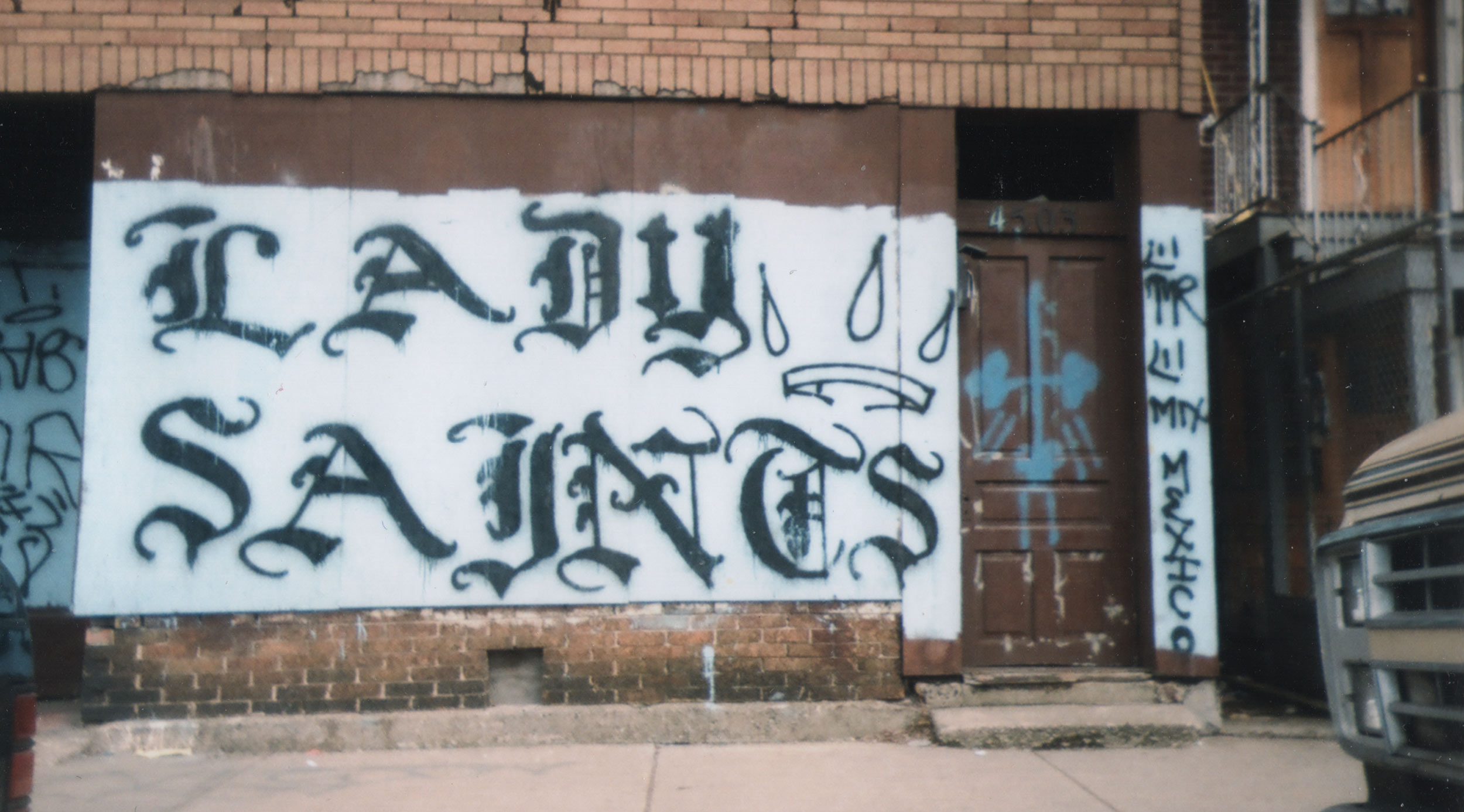 Female faction of the Saints street gang, Back of the Yards, circa 1992/93. Photograph by Jinx. All images courtesy of the photographers and Feral House.

“It’s real shit,” says Diamond, who first got involved with Chicago gangs in the mid-1980s. “I came from Riverside, Illinois—an all-white neighborhood, middle to high-class, million-dollar homes—and went into the heart of Humboldt Park. This can happen to anybody’s kid. If they walk the wrong way, they can end up being a gangbanger, drug dealer, drug addict, or in the street.”

Diamond joined the gangs to survive after her stepfather and mother kicked her out of the house at the age of 14. “My dad owned strip clubs and rock & roll clubs. My mother was a heroin addict but she never had to do anything because they always had money,” she says. “They divorced and my stepfather didn’t like me. They rented a hotel room in Logan Square, paid for it for two weeks, gave me $100 to eat on, and told me I am not allowed to come home. That’s when everything changed.” 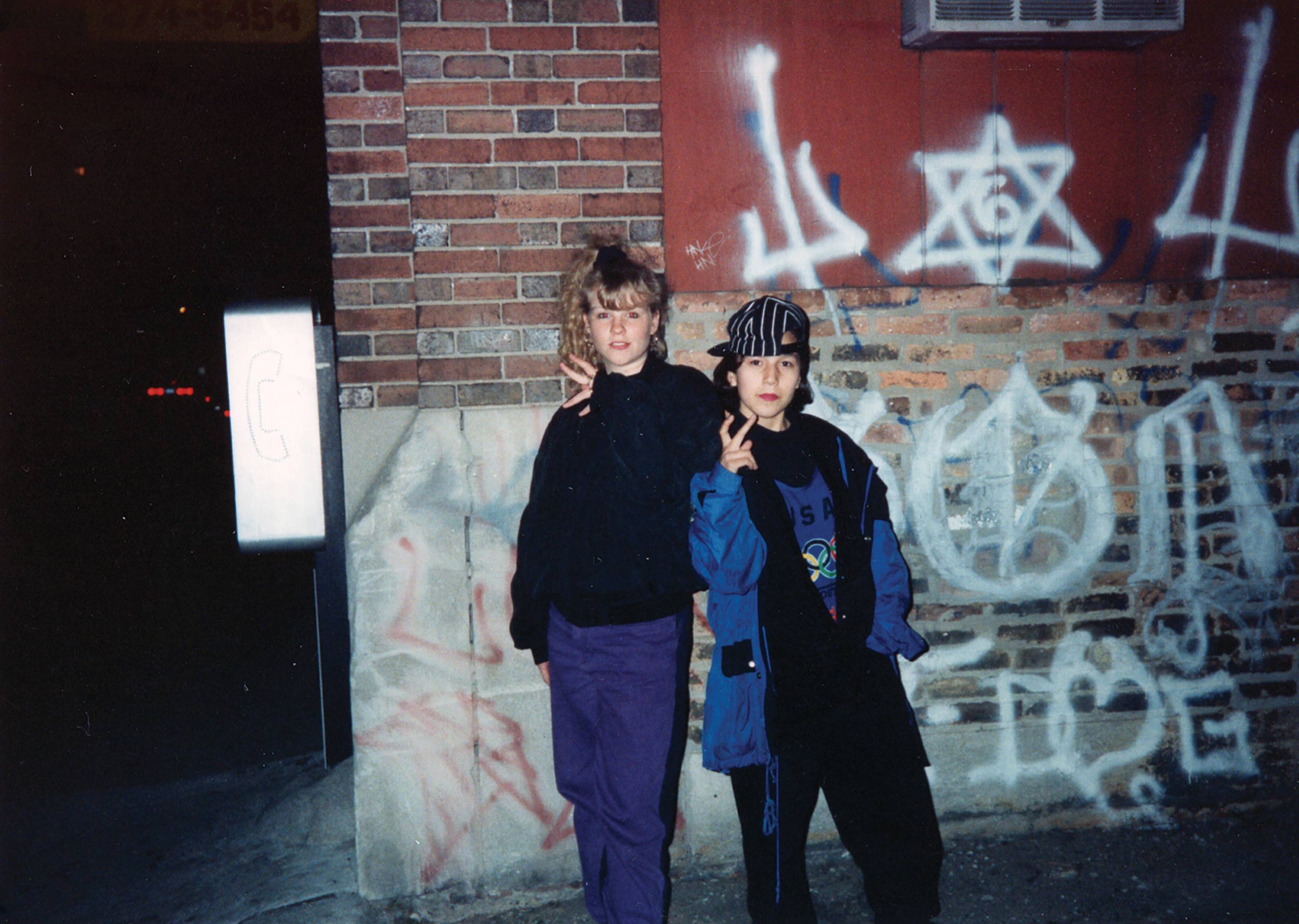 To survive, Diamond began working at local bars where she met members of the OAs (Orquestra Albany) and started dealing drugs with them. Able to afford her own apartment, she soon ran her own crew of Lady OAs from Belden Avenue and Albany Street. “The Lady OAs are a branch of the male OAs. We were their property. Anything I did had to go through the jefe of the men,” she says.

Looking back, Diamond recognizes the girls who joined the gang were all very vulnerable. “[They] were girls that didn’t have a place to go—girls 15, 16 years old that were sexually promiscuous, running the streets, didn’t have any rules at home, maybe their parents were drug addicts or threw them out of the house. They would come to us because we were like a family. They would be at my house, able to eat, sleep, and take showers,” she says. 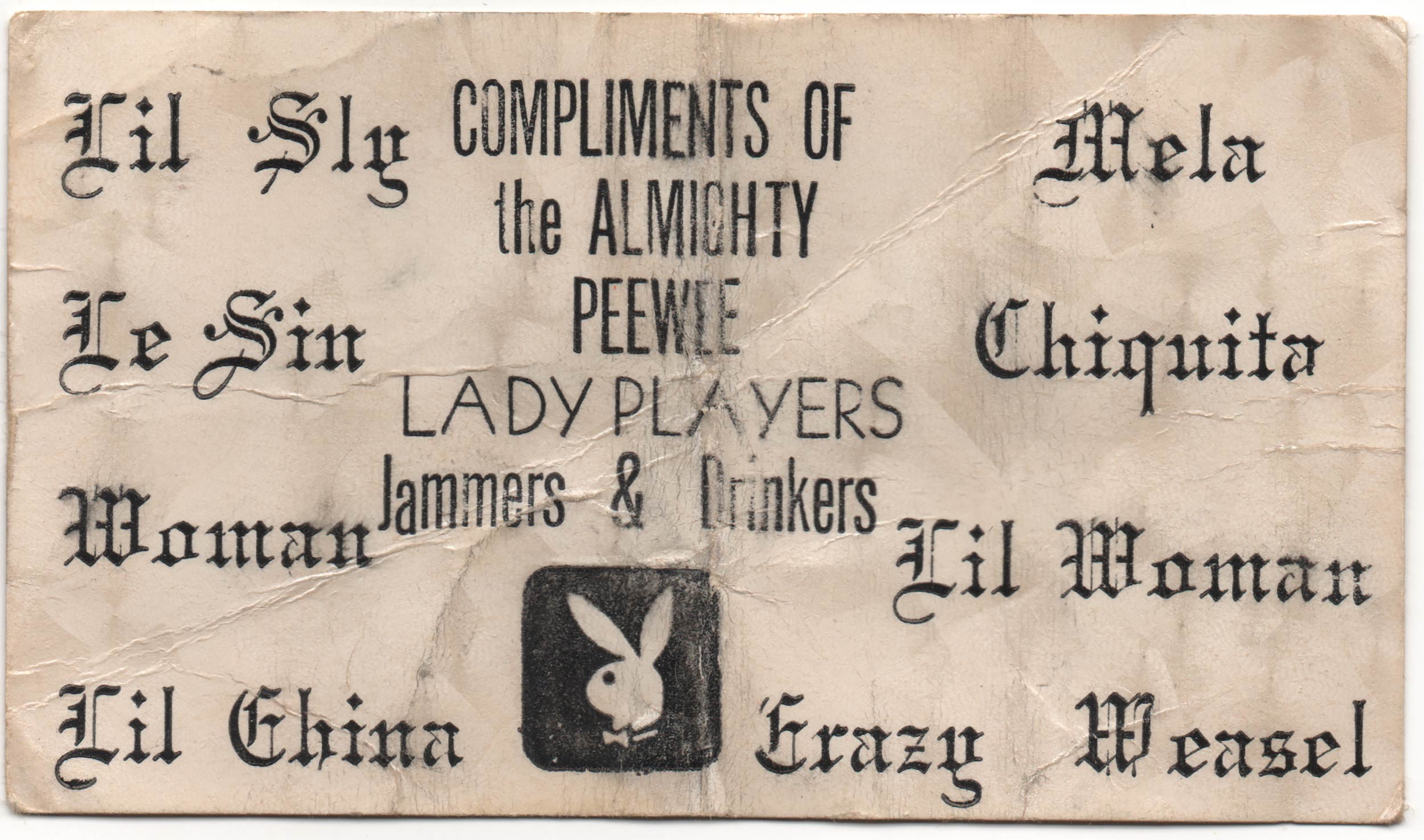 Compliment card from the “peewee” rank of the 12th Street Players’ female faction.

“The girls were very streetwise but weren’t going the right way. None of them were in school. They wanted to be with a man that dealt drugs, held guns, and would fight for them. We were used as mules, running and holding guns and drugs, to catch the fall so the males didn’t go to jail. We were a very tight-knit bunch of girls that did a lot of things other girls would have never thought of doing, like drive-bys with the guys, robbing houses, and doing stick-ups. They used to say, ‘We forged checks, we sold drugs, we sold ass, and we sold your ass if we had to.’ That’s pretty much how it got played out.”

While the history of girl gangs has largely remained underground, authors James O’Connor a.k.a. Jinx and Damen Corrado a.k.a. Mr. C shine a little light on it in the new book, Compliments of Chicagohoodz: Chicago Street Gang Culture (Feral House). “A lot of the [early] girl clubs walked that line between a social club and a street gang, like the Pink Ladies from Norwood Park, who were the inspiration for the gang of the same name in Grease,” Mr. C says. “ Most of those girl clubs were probably gone by the 1980s. [By then] most gangs had girl factions or female auxiliary members, like the Gaylordettes, Royalettes, Cobralettes, Lady Freaks, and Lady Deuces. The most organized female faction was the Latin Queens, who are still pretty active.” 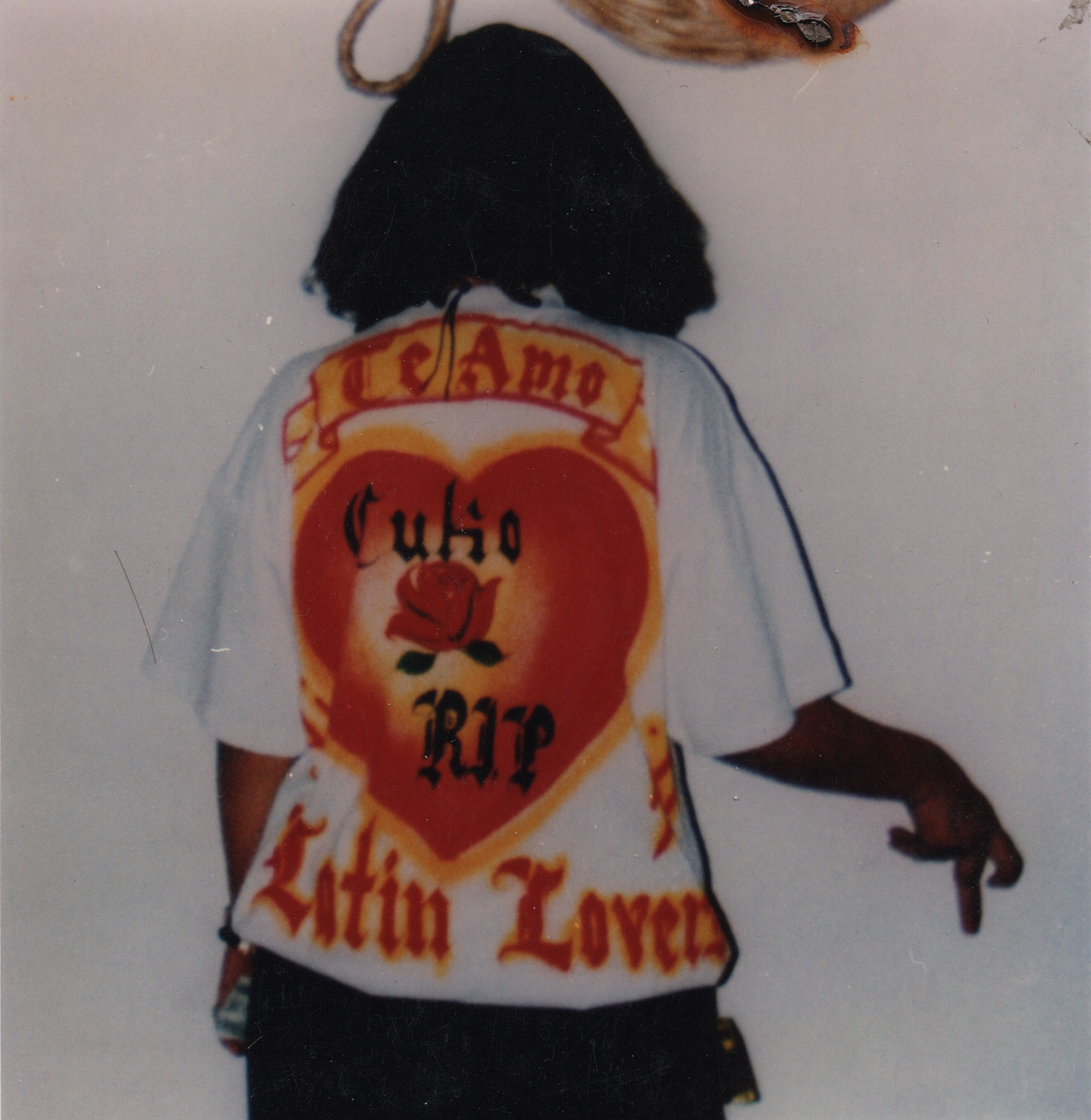 Lady Latin Lover, a member of the female faction, circa early ’90s. Photo courtesy of Sting.

Jinx adds, “The worse the neighborhood, the meaner the gang—that goes as well for girls. There used to be a gang on every corner and the girls were no different. Kids started joining gangs in seventh and eighth grades. As a child, you’re looking for an identity and to create a name for yourself. Girls could be independent but as they got older, nature took its course and they would gravitate towards the most popular guys with the coolest clubhouse and the wildest parties.”

To survive in a hyper-masculine world, Diamond took her cues from the men, learning how to control her emotions in order to hold and keep power. “We are women so we want to be caring and tender but you had to put that aside and think wisely,’ she says. “I learned how to manipulate other men for my gain, and how to go in and out of other people’s houses to get information on members of other gangs. I learned how to fall back and give our position up. You learn not to talk or drink too much because that could be your life.” 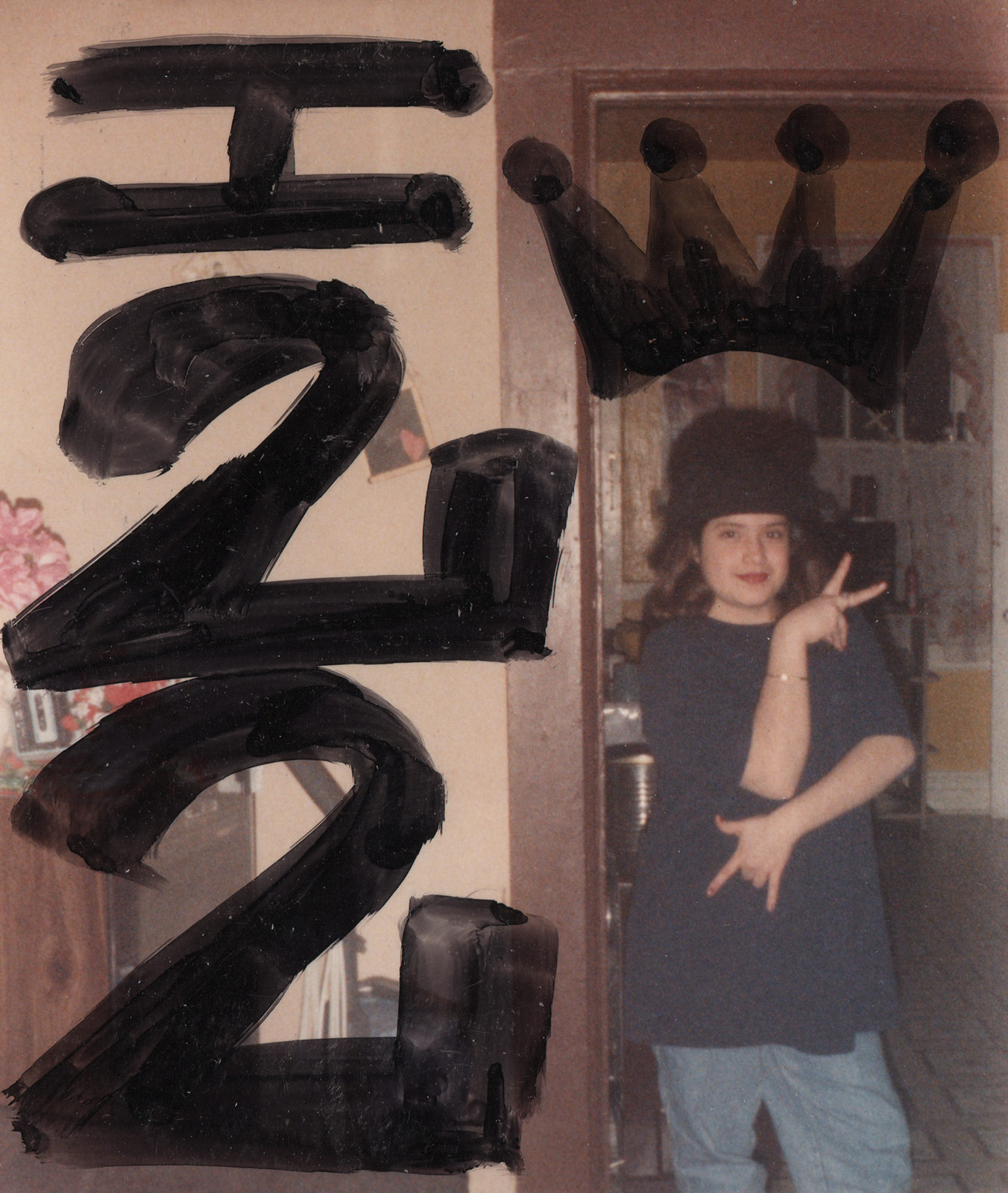 Diamond also learned how to work the police. “In their own way they felt sorry for us girls out there. On the holidays, they would see us out there, pull me over, and talk to me. I will never forget this. They had a paper towel, threw it outside the window of their car onto the ground, and said, ‘You need to clean up your area over here.’ I picked up the paper towel and four $20 bags of dope fell out of it. They said, ‘You need to stay off the street. They’re doing a sting and picking up girls tonight.’ I said, ‘Thanks.’ They said, ‘Merry Christmas,’ and took off,” she remembers.

“They used us the same way the gangs used us but for their own purposes. Some of the girls would jump in the car, go around the corner, did whatever, and the next time there was a drug bust, they would not be arrested. It was some dirty shit. Maybe they respected the fact that we were out there and stood for something. We didn’t let anyone push us off those corners.” 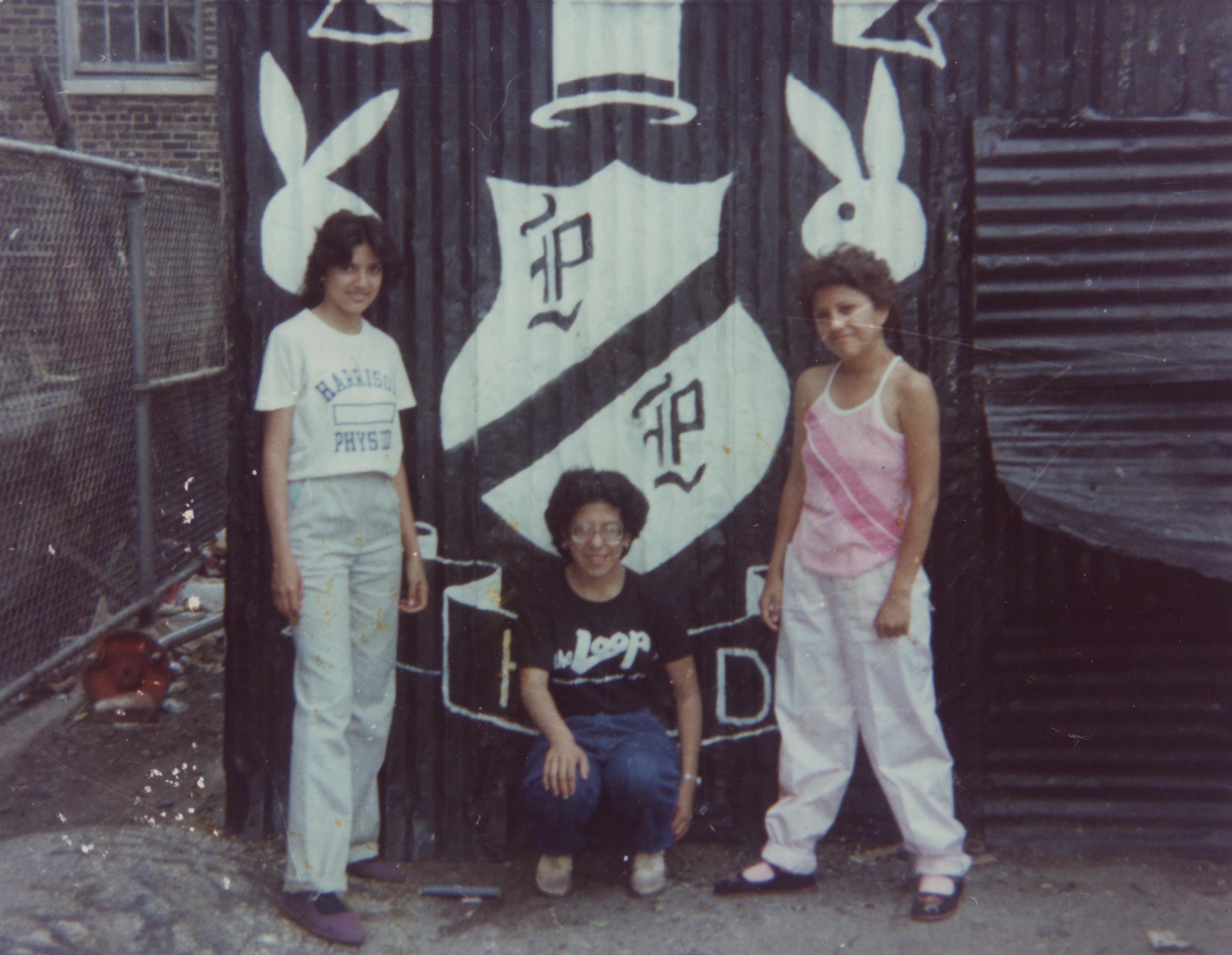