Douglas Bensadoun spoke to Document about his deeply personal short film and the beauty of fly fishing.

Montreal-based director and producer Douglas Bensadoun is a multifaceted force in the creative industry. His roles have included creative director of Aldo, co-founder of creative agency Studio Bonafide, and critically acclaimed producer and director. His short film At The Quinte Hotel (2002), based on a poem by Canadian poet Al Purdy, starring Gord Downie of Canadian rock band The Tragically Hip, garnered critical acclaim at the Sundance Film Festival and was followed by his 2005 short, Au Suivant.

Set to a shimmering, spare score by Kelsey Lu, Bensadoun’s latest short Popper Fly is a sensitive meditation on a young girl’s journey to honor her grandfather’s memory. Ahead of Document’s screening of the film on February 3rd at the Neuehouse, we spoke with Bensadoun about the personal ties to the film and his unexpected obsession outside of filmmaking.

Lauren Tischler: From the director notes on Popper Fly, it sounded like it was a deeply personal project. Was the process cathartic for you?

Douglas Bensadoun: I think art in general, at least for me, needs to be deeply personal. It needs to come from a personal place, and if it doesn’t, it doesn’t really resonate. I think in my director’s statement I mentioned something along the lines of the film being in some way informed by the prospect of my father’s passing. When I turned 40, right around then I started thinking about my own mortality and the mortality of my loved ones. My father had a great influence on my life, and I think about his passing, I think about my mother’s passing. Certainly, my family is first and foremost, and in a lot of ways it’s [Popper Fly] is a type parable about family, the traditions that bind us, how we deal with each other, and how we deal with love and loss. How often times things get misconstrued through the intense feelings of love that people have for each other; oftentimes you get hurt in the mix. This film is a meditation on that.

Lauren: I loved the film, and I thought that it was really apt the way that the different characters were dealing with grief, especially the younger character because I feel like when you’re so young, you just try and process death in your own way. What was the casting process like?

Douglas: We had to keep the whole thing pretty tight from a budget standpoint, and I knew I wanted to work with a girl somewhere between 8 to12 years old. I have quite a few friends who have kids in that range, so a lot of the auditioning process was friends and family. We had a couple more professional actors who came in, but I think I auditioned 10 people for the lead role, eight girls and two boys. It turned out that my niece was the best performer. I felt the best about her. [Laughs] I don’t know to what extent the family factor influenced my decision, especially since the content of the story speaks about family, but Sloan did a great job.

Lauren: And what about the grandfather?

Douglas: I do a little bit of fly fishing; I’m not very good at it, but I’ve always been really fascinated by how beautiful the act of fly fishing is. I really wanted to incorporate that into the story. It’s the idea that tradition is basically being passed on through generations through this lure that’s called a popper fly. In the process of looking for someone to teach Sloan how to fly fish, I was looking at places in northern Vermont for any fishermen who knew how to fly fish, and this one guy we found makes actual flies and he takes people on fishing excursions. I met him, and I was like, wait a second, not only can you teach her how to fly fish, but maybe you can also play the role of the grandfather. He just has such an incredible face and a really beautiful voice as well.

Douglas: I think that the role of the mother, from an acting standpoint, was arguably the most challenging role. One of those opening scenes where she’s in front of the mirror and she’s trying to prepare to go to her father’s funeral, and she’s just completely distraught. Trying to convey that just through the way she’s looking at herself in the mirror while contending with the fact that she’s literally just preparing to go to the funeral of her father and also contending with the fact that her daughter has refused to go, and she feels that in some way her daughter is doing that to punish her. She’s confused by it, and upset by it, and she’s like, ‘Alright, let’s just fucking go.’ Yet she’s like, ‘I don’t like that she’s staying here, but I need to respect her decision, and I’m not gonna force her to go.’

Lauren: Watching it, I was filled with so much tension. There was so much tension, and all the emotion that comes with grief, I thought they were all perfectly played out in a subtle way. And I think in the director’s notes, you wrote something like this idea flew out of you.. Do you think because this film was more personal, it came faster to you? I’m wondering what your creative process is.

Douglas: For this particular film, I felt a real urgency to do it. My creative process, for lack of a better word, always starts with some nugget. The first nugget was a photo I had taken at that house, on that lake, of that island. Then I just started wondering, what’s on that island? There’s that sort of metaphoric power of a barren, frozen landscape, with an island in the middle of it, it has a tone of poetry, you know, as in ‘no man is an island.’ Then I basically started to construct a narrative around it, and that’s when I started to think about things like values, family, and generations and how traditions are passed one to the next. I’ve really been missing a straight narrative piece that is art for art’s sake as opposed to the fashion films I’ve been doing, which are clearly commercial ventures with commercial intentions. I think I remember reading that Scorsese has been making the same film over and over again for fifty years. I think, strangely, in the small repertoire of films that I’ve done, the bigger ideas seem to be very similar: an individual and barren landscape, trying to connect.

Douglas: Yeah, and I love working with Kelsey Lu, who did the soundtrack. I really love the score.

Lauren: Oh, I didn’t realize that she did the score. That’s really cool. Do you collaborate with her often?

Douglas: No, I’d literally never met her before. I just listened to her music and really loved her cello work, and I saw a singular instrument taking a lot of space in the score. She ended up coming in, and a lot of it is two main instruments. One of them is the cello and the other is an una corda, an old-fashioned, really stripped down organ-piano. She’s a real talent. I was really honored when she decided to take it on.

Lauren: Yeah, the soundtrack I thought was really striking. Can you tell me about Studio Bonafide, your creative agency?

Douglas: It’s a small little shop, and we do brand strategy and creative development for nonprofits, fashion companies and arts and culture institutions, stuff like that.

Lauren: I guess, what else are you working on at the moment?

Douglas: Right now, I’m really just reading a lot, and there are a couple of books that I’m looking to get the option from. I’d like my next project to be a feature. I might do another short in the meantime just because I’m really hungry to be producing more. I have an entrepreneurial project that has nothing to do with this world, but it’s basically premium, grass-fed organic butter. A little out of left-field, but I’m a big fan of grass-fed organic butter and regenerative farming. Those are my passions: film and butter. 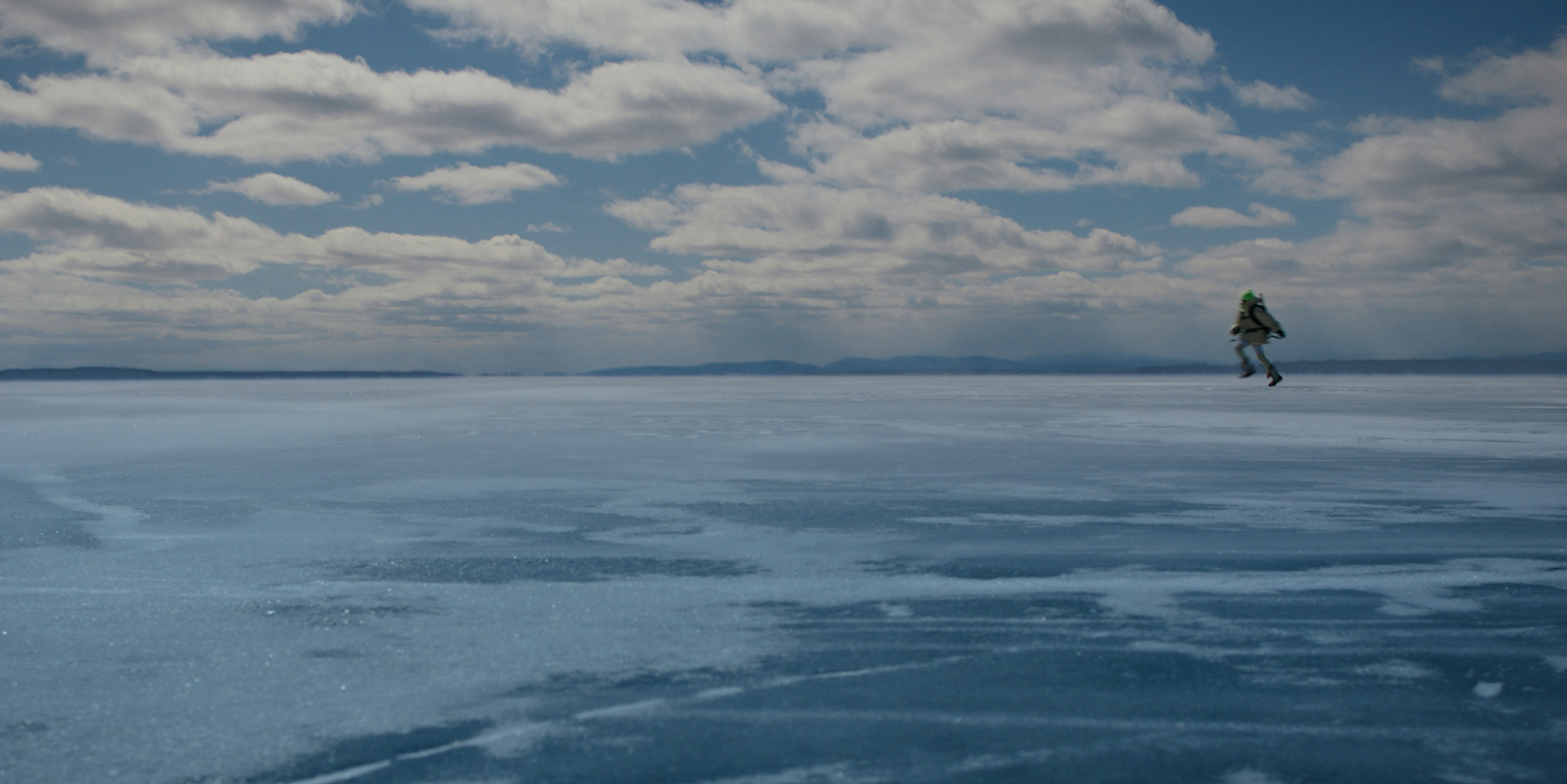