Last year while working on her new album, New York based singer/songwriter Okay Kaya (née Kaya Wilkin) went out with her friends to a karaoke bar. “There were all these amazing singers there just doing it,” she said. “And I said, okay, I’ll do Marvin Gaye’s ‘Sexual Healing’ because that’s probably the best song in the world.”

She paused then added, “I completely bombed.”

Downcast, Kaya went home and tried to think about why singing the best song in the world didn’t work. “I felt like I couldn’t really make the song true to me, like sexual healing wasn’t something I could provide. And I thought, ‘Okay, what’s true to me?’”

So she wrote the song “Asexual Wellbeing,” with an odd interpolation of The Beatles’ “Across the Universe” coupled with a shout out to Bon Jovi and a clunky dance beat that sounds like someone trying very unsuccessfully to imitate Marvin Gaye. “Sex with me is mediocre/but I can give you asexual wellbeing/sex with me is mediocre/ but I can probably feel what you’re feeling,” she declaims, swooping down to a sensual, or faux-sensual, lower register. Passion isn’t happening, but at least you can potentially giggle about the awkward misfire of passion together.

“Asexual Wellbeing” is about failure to sing Marvin Gaye and failure to be a sexual creature. But it’s not downbeat or sad. In fact, Kaya’s now-complete sophomore album, Watch This Liquid Pour Itself (Jagjaguwar), is mostly cheerful and whimsical in tone, a happy pop record which covers a range of harrowing and painful topics, from mental illness, to depression, to anxiety, to addiction and karaoke disasters.

Kaya’s first album Both (Heavy Body Records) also examined depression and mental illness. She had hoped her second could pursue different material, but unfortunately her life had different ideas. “I think a part of me wishes I had figured it all out by my first record,” she told me. “But I think it’s something I’m still writing about because it’s still something I’m trying to deal with.”

In fact, the songs on Watch This Liquid Pour Itself make mental illness sound less like something Kaya hopes to transcend, and more like a difficult friend she is committed to handling for the long haul, with a mixture of exasperation and love. On “Psych Ward,” Kaya’s light, precise vocals sings, “You can peel an orange however you please in the psych ward” over a sparse, jangly guitar, before a girl group chorus responds, “In the psych ward!” It’s the sunniest song about being committed ever. “Guttural Sounds,” produced by Solange producer John Carroll Kirby, slides between ambient keyboard pulses and a gently honking, Brian Wilson-esque pop swing as Kaya sings about heading to the local AA meeting and maybe adopting a puppy. “If you don’t love me at my guttural sounds/you don’t deserve me at my guttural sounds,” she sings—a mixture of nonsense, self-deprecation, and self-help.

Self-help rhetoric also inspired “Ascend and Try Again.” The lyrics are from a book explaining how to deal with a panic attack when you’re underwater. Kaya, who has experienced anxiety attacks in the past (“they’re better now,” she assured me) said she read the book while preparing for a role in a film as a professional scuba diver.

“I did my first lesson. It was amazing. I was really excited about the prospect of being able to dive and see a new, beautiful world. And I wasn’t anxious! But I did get an ear infection. And then I went to the doctor, and the doctor told me, ‘No, you can never scuba dive, that’s not for you and your ear.’”

Kaya had to turn down the role. But she came up with a song instead. 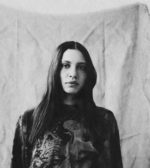 Kaya’s vocals are overdubbed so she harmonizes with herself, and then echoes herself, her voice wandering around the gentle guitar notes. It’s charming, and almost painful in its hopefulness. “It’s the oldest trick in the book to continue breathing,” she told me. “It was a good reminder.”

Watch the Liquid Pour Itself also has some love songs, but even these twine together happy affect and disturbing imagery. “Symbiosis” imagines Kaya and her love living “together in a petri dish,” algae and fungi, merging and fusing. “Symbiosis/it’s a trade off baby,” she declares, as the drum machine thumps through the keyboard melody. Love turns into a queasy biological squishiness, a little bit repulsive, a little bit right.

“I think the topics that I write about are not completely positive,” Kaya says. “It’s about me trying to deal with things.” At the same time, she says, “I like to explore what pop music can be. And I think I want to explore honesty in a way that might become witty. It’s just about trying to make it beautiful.”

One of the loveliest and oddest images in the record is from “Popcorn Heart,” where Kaya sings, “My heart is pounding/my heart is wet/my heart has ducklings swimming in it.” Ducklings in the heart need protection, and the song becomes a kind of lullaby to the baby birds that make you up. They’re fragile and they need water. Kaya seems surprised and cautiously delighted when, with some hesitance and false starts, the liquid pours itself, and makes music too.` 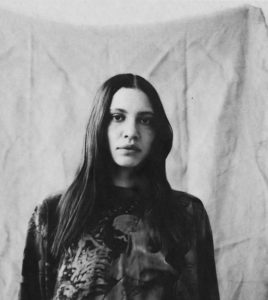